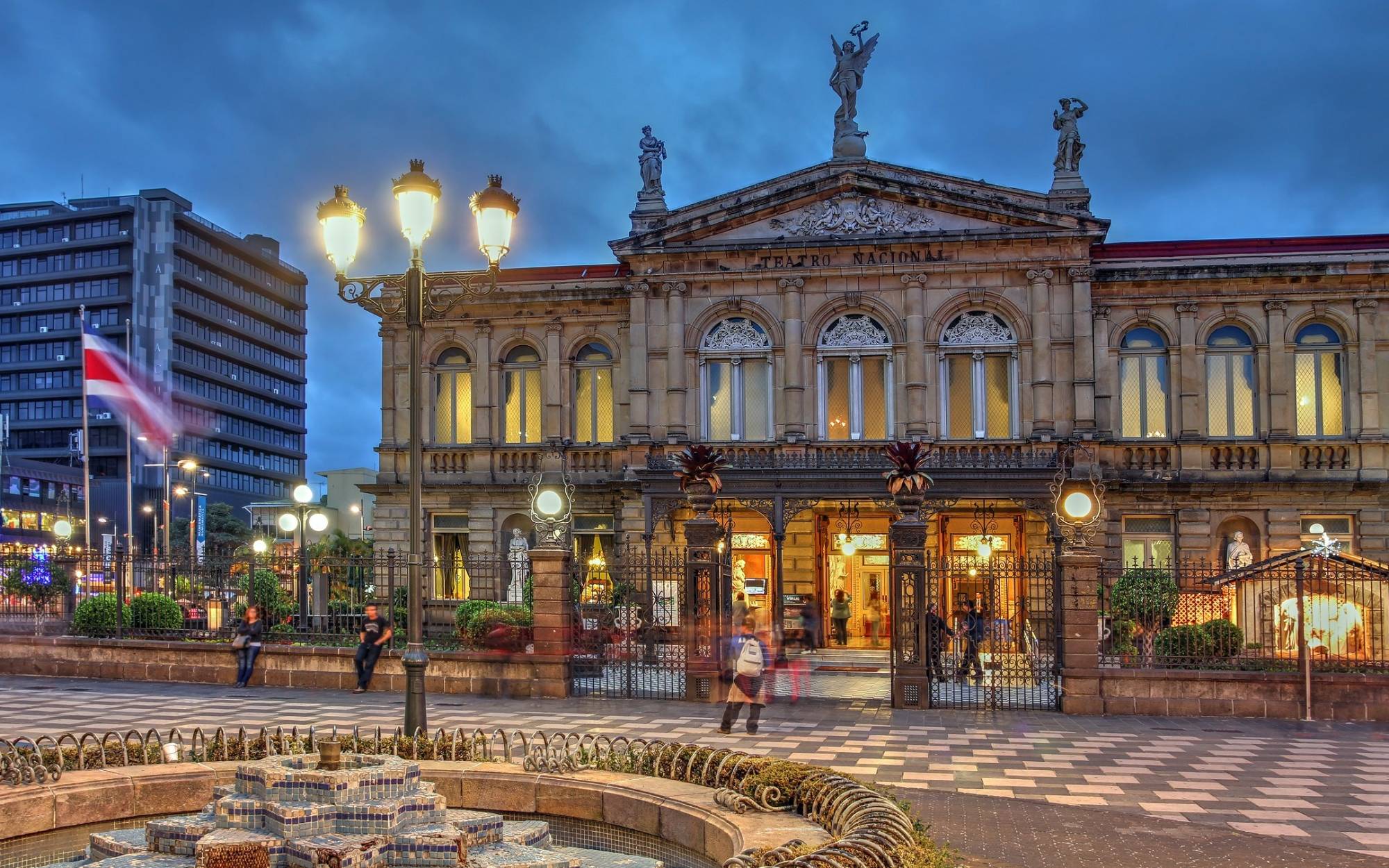 The Best Things To Do In San Jose

Visitors to Costa Rica are often hesitant to spend time in the city, favoring the option of getting out to explore the tropical rainforests and other beach towns along the coastline. While that’s definitely a suitable option if you’re spending time in Costa Rica, a few days to visit the interesting city of San Jose is always recommended.

First time visitors might not really see the charm of the city right away – especially those who do not care for bustling cities filled with traffic. But once you get into the heart of San Jose to see its historical charm and personality, the entire city will be transformed in your eyes. A variety of historic neighborhoods are tucked away throughout San Jose – one of the most popular being the Barrio Amon. Here, colonial architecture is still prevalent in much of the buildings. Once acting as opulent mansions, many of the colonial structures now serve as boutique hotels, restaurants and thriving art galleries. Weekends in San Jose are especially busy – Saturday mornings mean strolling around the farmers market while Sundays are spent enjoy music and socializing in the local parks.

Nightclubs and museums are located throughout many of the neighborhoods – ideal for those who like to get out and explore a city and blend in with the locals. As the largest city in Costa Rica, San Jose has no limit to the possibilities! One of the most popular points of interest is the Teatro Nacional, which is a gorgeous theater home to performing arts. Though the seasons run from March through November, there are often performances going on during a good portion of the year. Conveniently located near the city centre, the Teatro Nacional is within walking distance to a number of other interesting attractions, including the Plaza de la Cultura and the Museo de Oro Precolombino y Numismatica.

Once you’ve explored San Jose, it’s time to head to the coast or further inland to soak in the tropical ambiance that this unique country is best known for throughout the world! If you’re still not sure what to do, check out one of the many tour offerings to take a closer look at the city and Costa Rica’s heritage – you’ll be fascinated by the architecture and cultural centers. 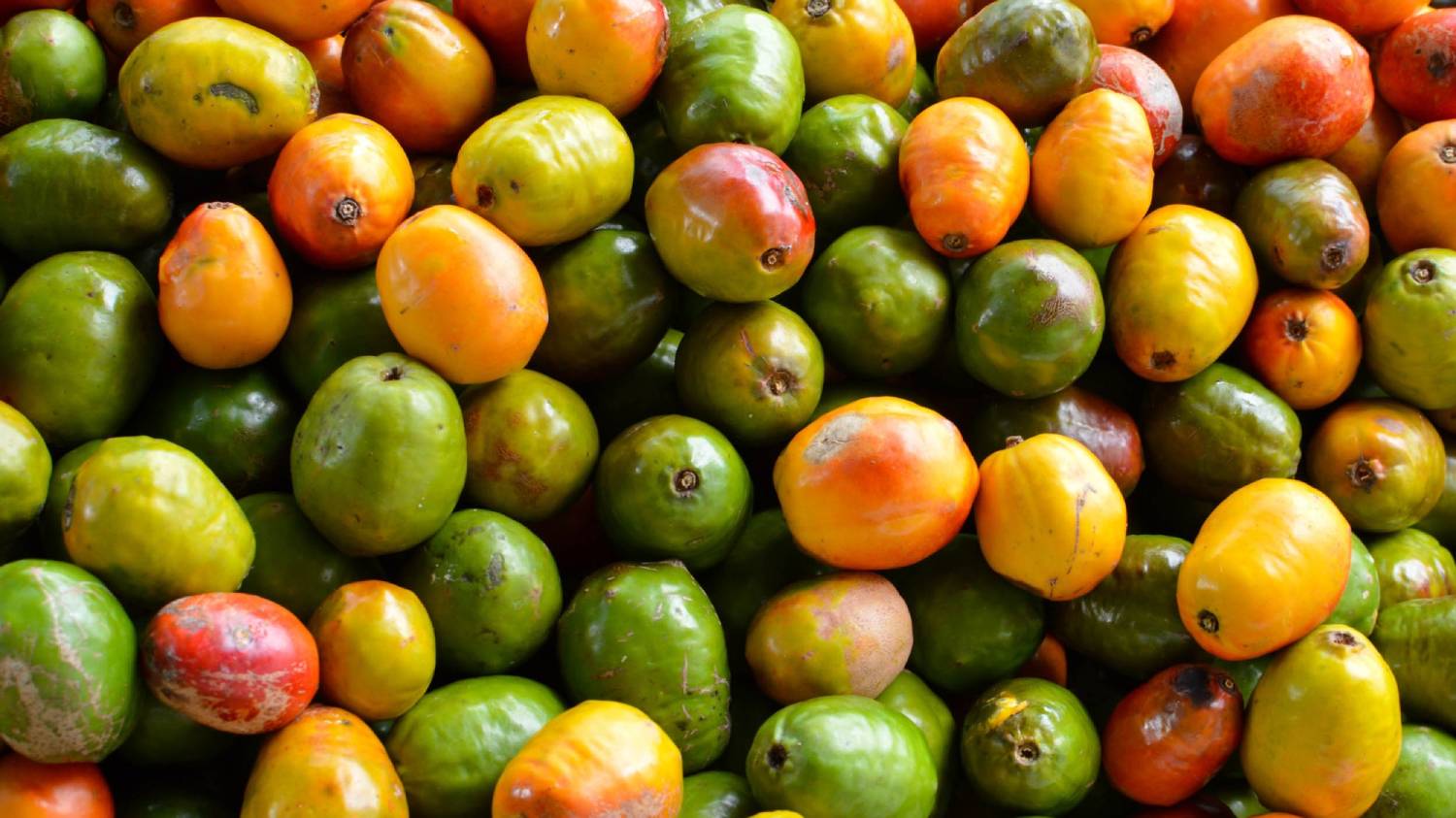 San Jose Central Market has been serving its citizens since 1880, so come, take a look, and soak up the atmosphere of a market which occupies an entire block of Avenida Central! Wander through the more than 200 stalls and enjoy the free entertainment on offer. You can even find that perfect memento for your trip – there is a myriad of diversity on sale! When you’re done with all the excitement, take a break at one of the many cafes and watch the locals go about their day – it’s the perfect place to appreciate the real culture of the city! 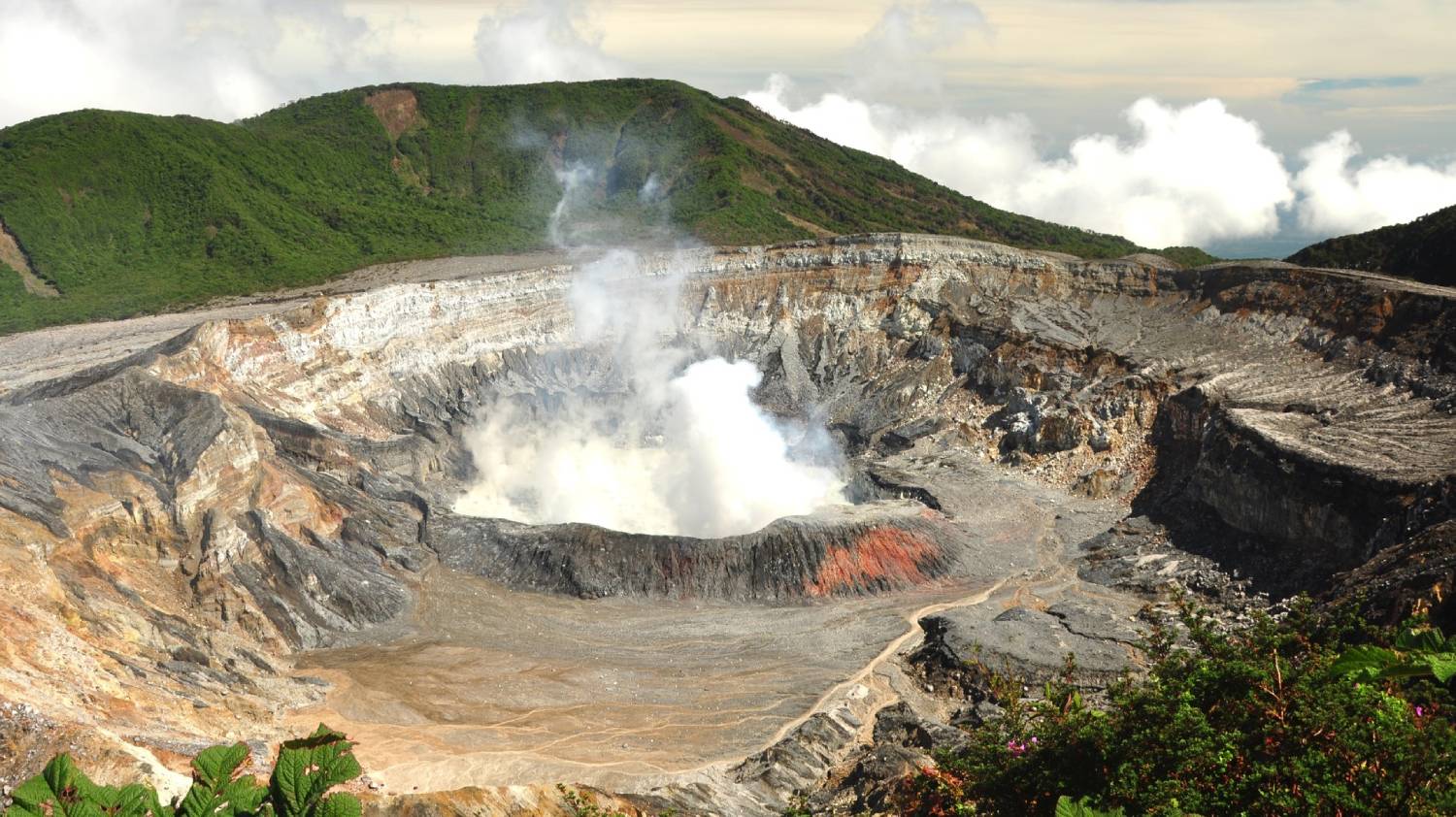 The Poas Volcano National Park is a great opportunity to hike and explore the natural beauty of central Costa Rica, more specifically the magnificent and awe-inspiring Paos Volcano! As you trek along the walkways, keep an eye out for the unique fauna, including quetzals, toucans and hummingbirds. Enjoy the magnificent views from the lookouts, and as you peer down onto the aquamarine lagoon below, experience one of the world’s true natural wonders at its best! 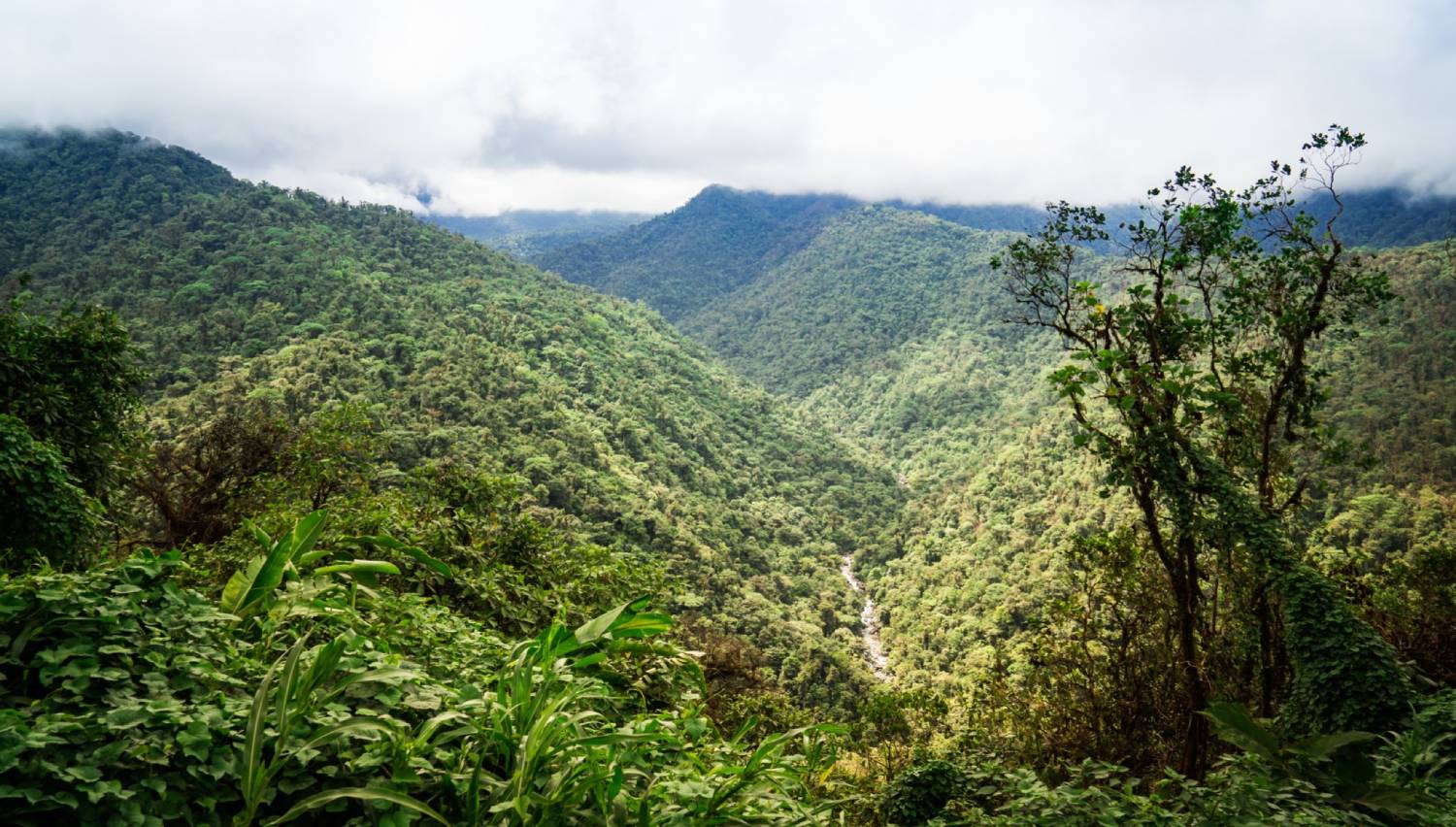 Bordered by numerous busy highways, the Braulio Carrillo National Park is just so easy to access. Take some time from your busy schedule, pull off the road, and enjoy a beautiful hike along one of the many walkways or trails. Take in the waterfalls and the vast open spaces, and admire the park from one of the many mountain station stops that are scattered along the way. If you’re not one for hiking, hop on the Aerial Tram that runs gondola tours through the forest canopy, and be sure to keep an eye out for Sloths that call the park home! 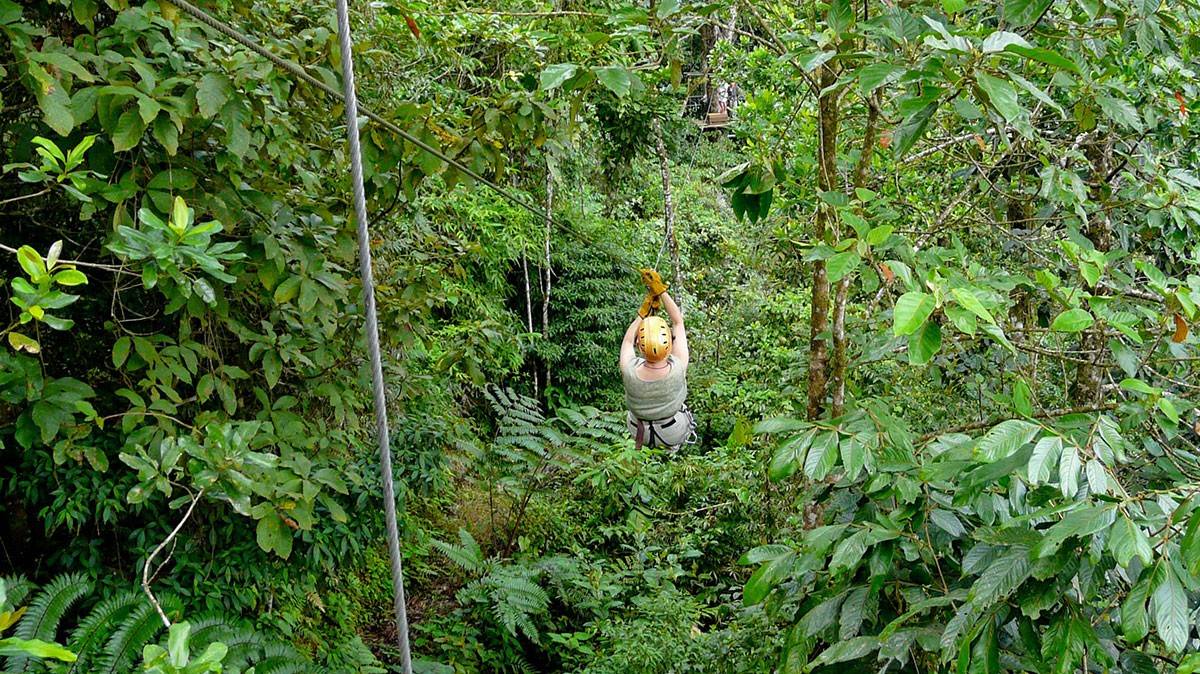 Most people travel to Costa Rica to discover its famous biodiversity, and a trip to the tropical rainforest Sarapiqui Canopy is the perfect way to start! The Sarapiqui Canopy is best experienced by boat cruise, where you will witness animals such as monkeys, sloths, otters, turtles, and all kinds of birds, first hand, going about their lives in their natural habitat. This is a truly great day out, so don’t miss it! 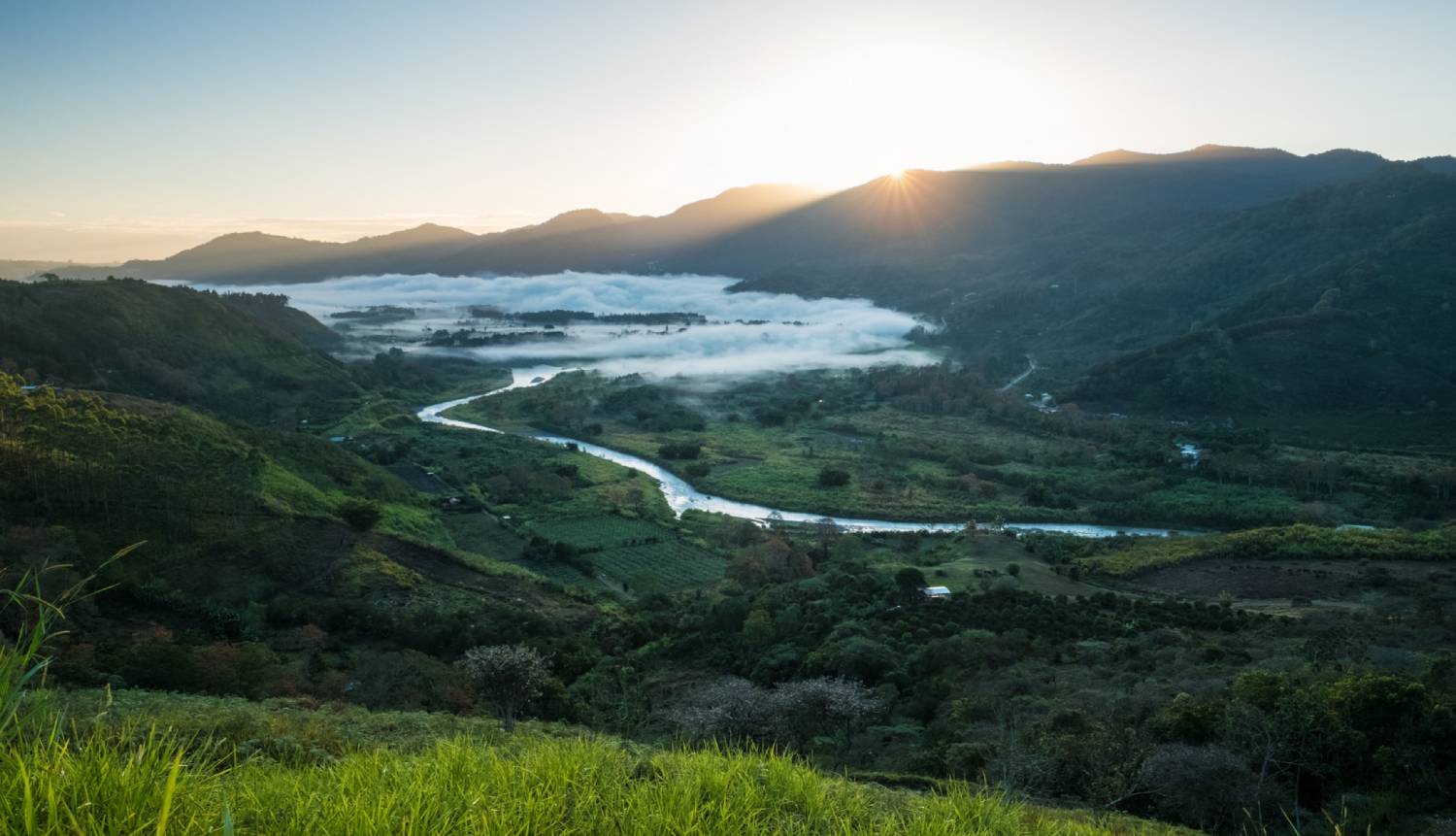 A favourite with locals, the Orosi River Valley is just 35 kilometres from San Jose. The beauty of this valley is awe-inspiring, and attracts birdwatchers, fishers and nature lovers alike, as well as families who come to enjoy a picnic in the beautiful surroundings. Take a walk and gaze over the Reventazon River and the lake formed by Cachi Dam. Make sure you see the San Jose de Orosi Church and its artefacts and paintings, as well as the ruins of Ujarris. If you’re looking to venture beyond San Jose for the day, this is the perfect way to do it! 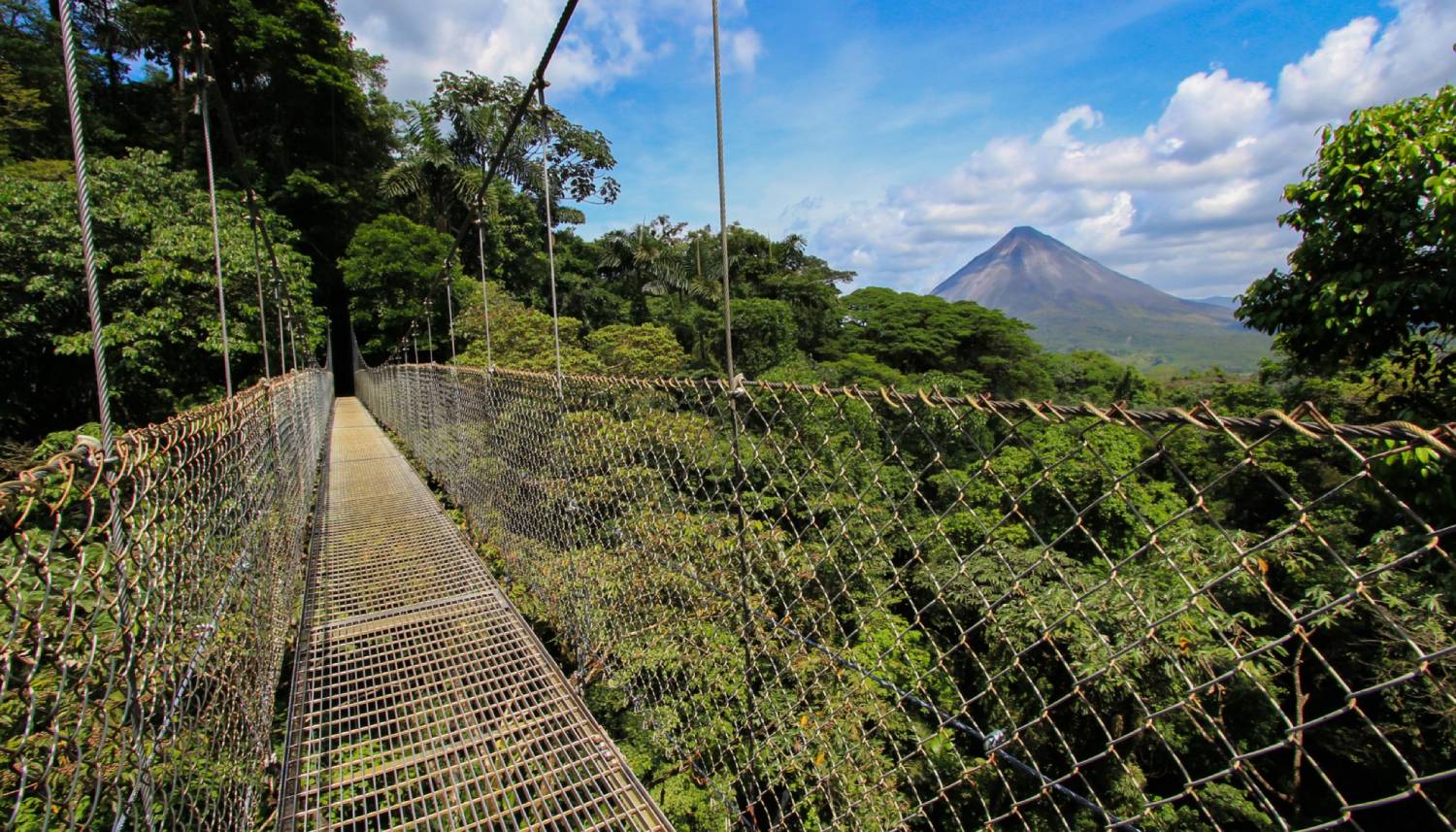 Visit the Arenal Hanging Bridges for an exciting way to see the magnificent flora and fauna of this region. Over a few hours, meander along the well-marked trails that wind through the lush rainforest, keeping an eye out for the local animals, including monkeys and sloths. This visit is unique as it includes 16 bridges that are sometimes suspended high above the gorges. Given this, it may not be for the fainthearted when it comes to heights! 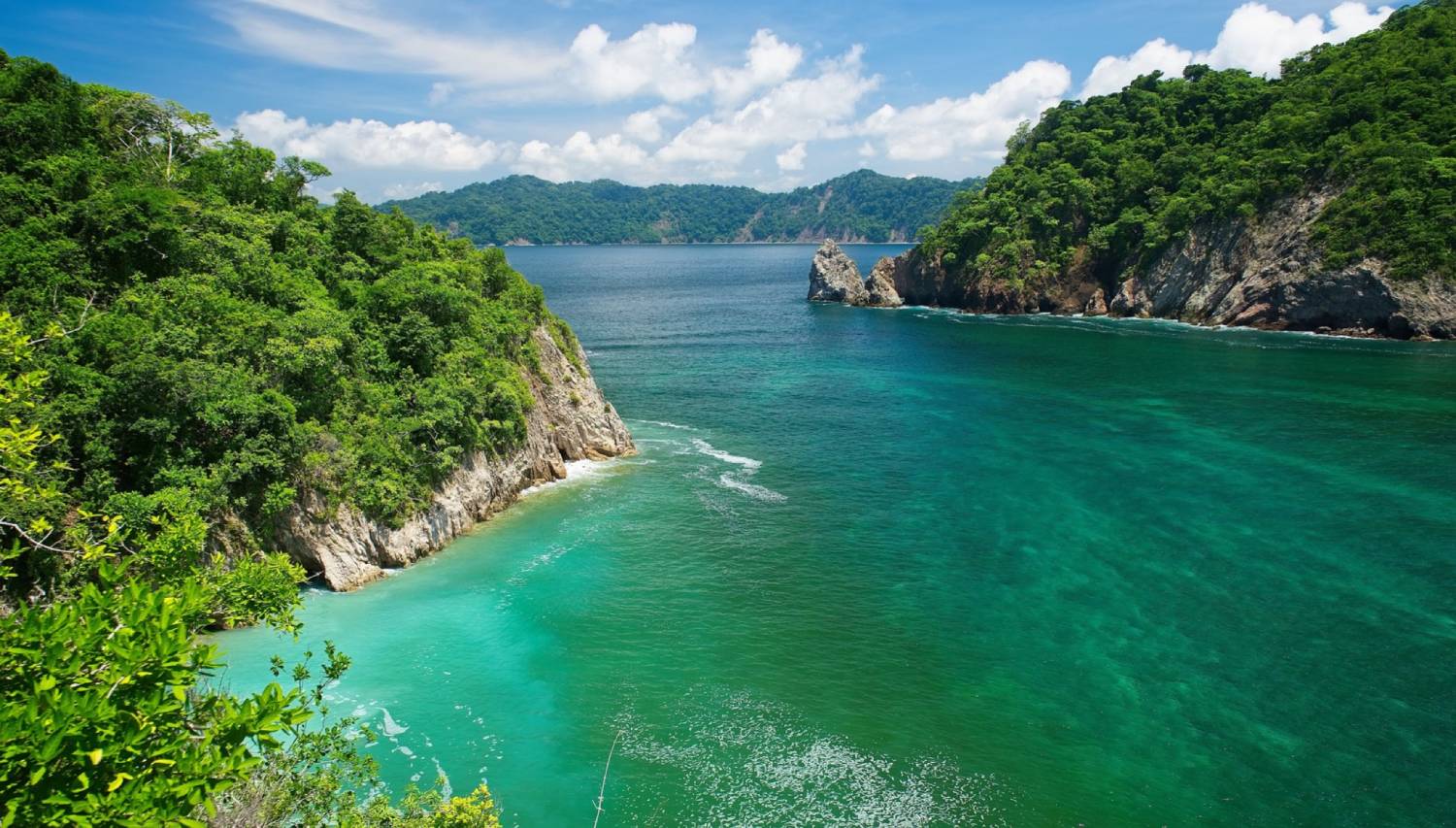 A great daytrip to consider is a visit to Tortuga Island, located just off the tip of the Nicoya Peninsula. Snorkelers and divers flock to this island to explore the shipwrecks and swim with the marine life. But it’s not all about the water! There is much to do on the beach as well, including relaxing and taking it easy for the day! Stroll through the walking trails and explore the beauty of the island, or take a canopy tour for a different view! 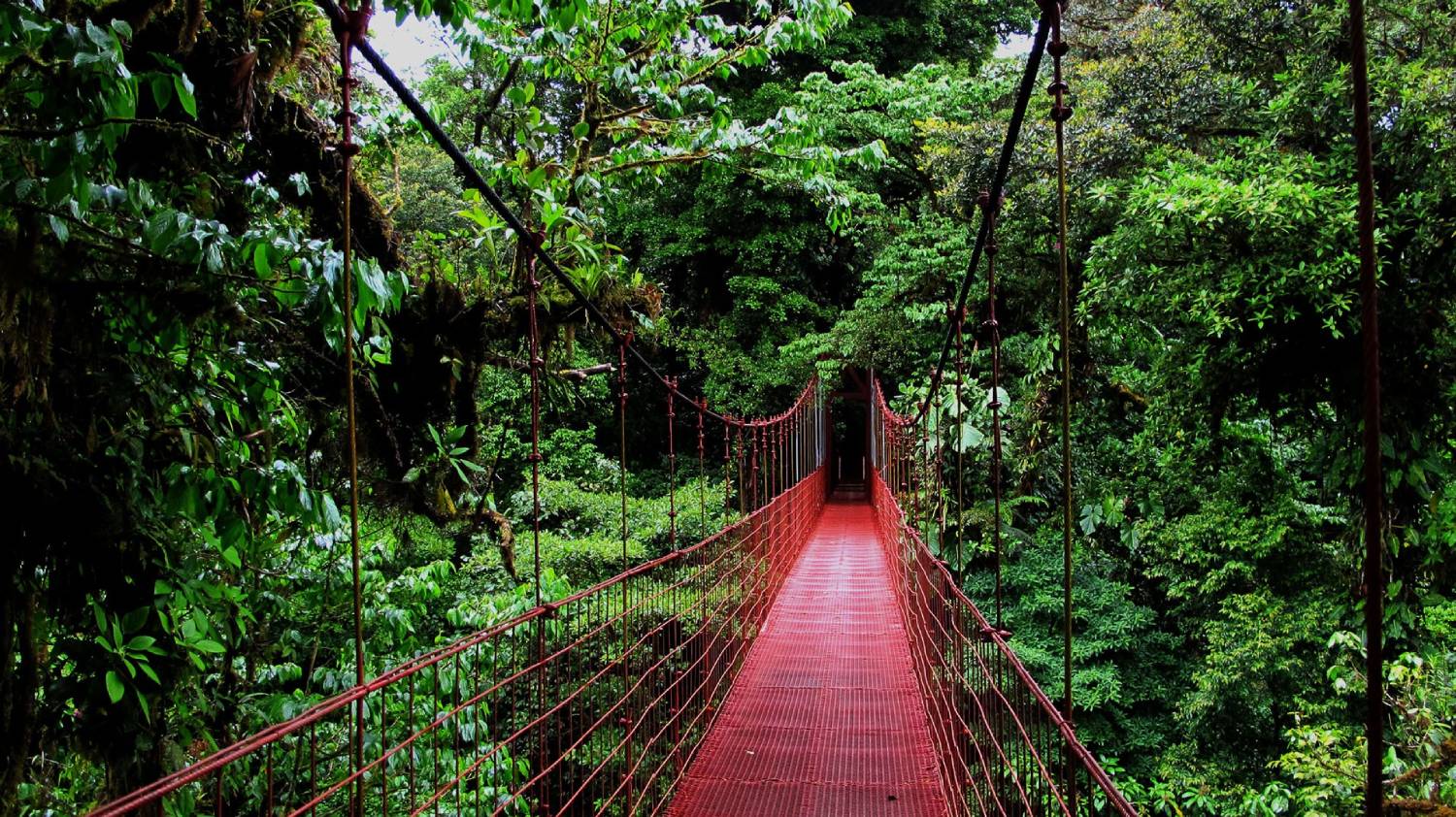 Join the hordes of outdoor enthusiasts who flock to the “cloud forests” in Monteverde each year, to experience its pristine, untouched natural beauty, hidden away in the north-western mountains of Costa Rica. With options for all levels of fitness, there are hiking trails, suspension bridges that take in the canopy of the forest, as well as a sky tram! There is so much to see, wonder at, and learn from and this region offers something for all ages! 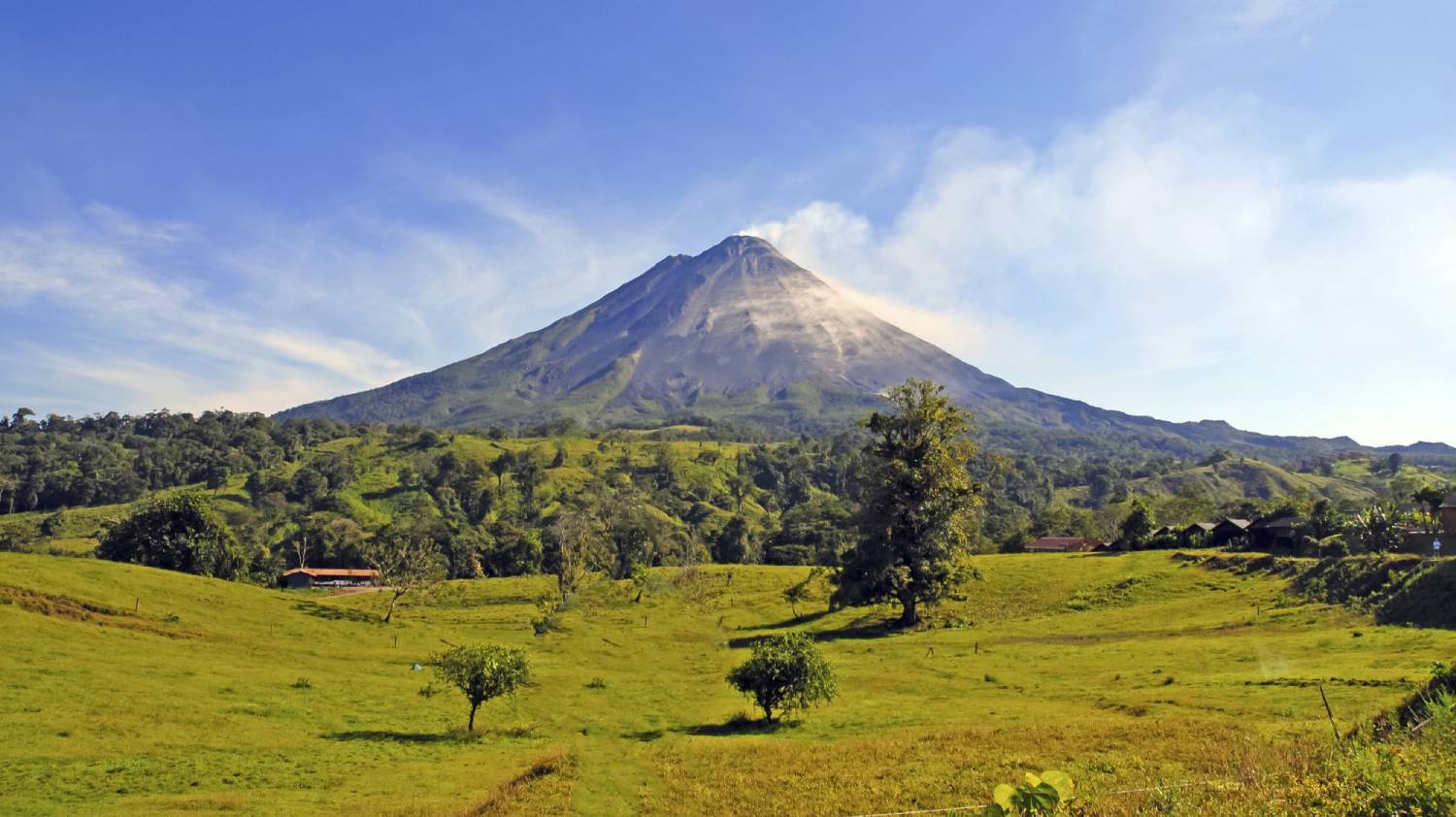 Home to the still-active Arenal Volcano, being one of the most visited National Parks in Costa Rica, the Arenal Volcano National Park is famous among nature lovers for its beautiful hot springs and abundance of wildlife. Come and explore for yourself, you’ll be amazed at what you discover!