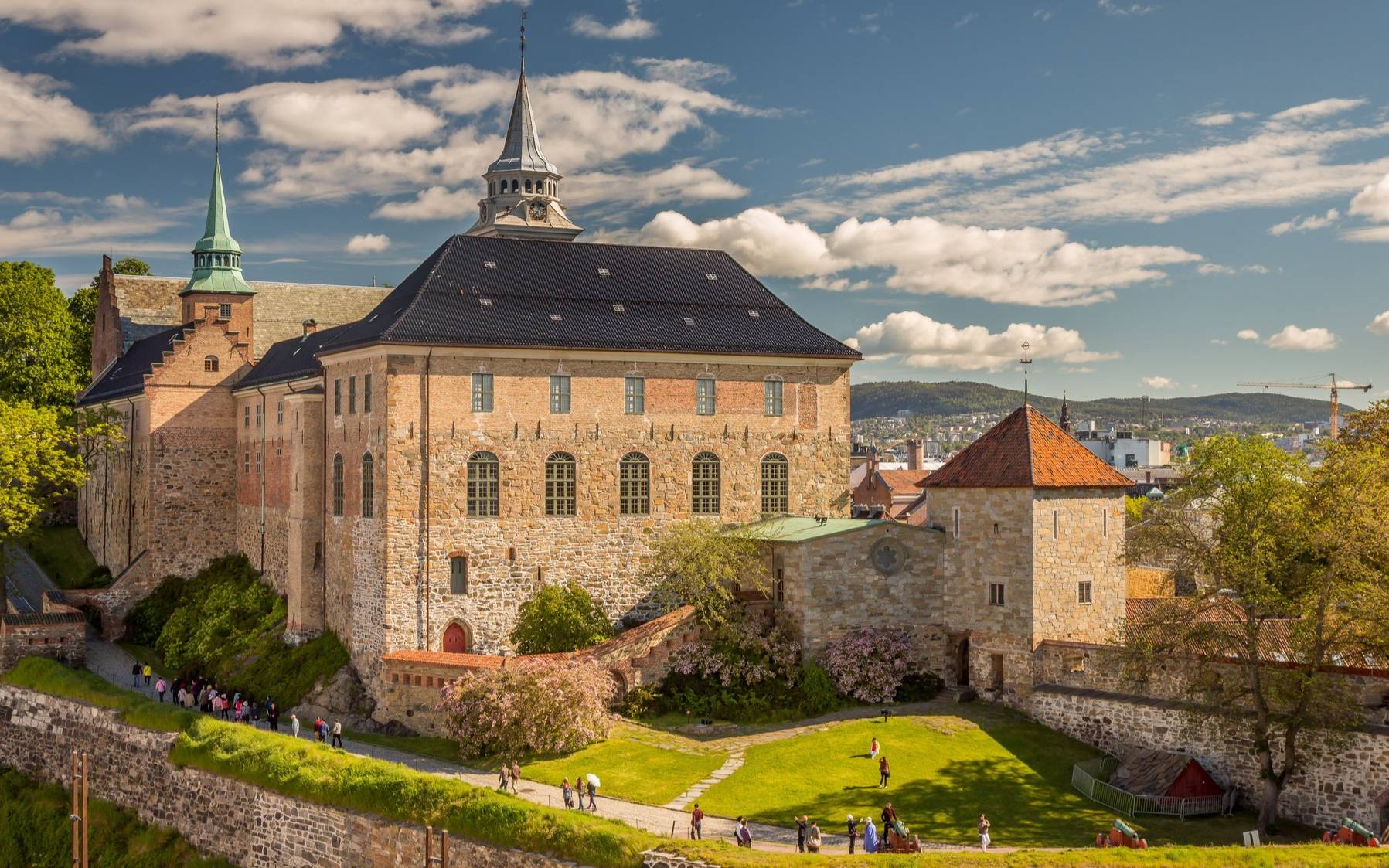 The Best Things To Do In Oslo

Considered one of the fastest-growing city capitals in Europe, Oslo is one place visitors go to enjoy its past and its present. Some of the most profound figures in art and culture come from Oslo – but its also an amazing destination to explore as you enjoy the contemporary attractions and thriving culture scene. Throughout the city, you’ll find countless museums ranging from art and history – the architecture in and of itself is worth exploring as you walk through the various streets and immerse yourself in the local culture.

Despite its reputation as being one of the fastest growing cities in Europe, Oslo also has the distinction of being amazingly green – meaning it has one of the smallest carbon footprints and a wide range of public transportation options, which is perfect for any traveller. Sustainable food and local ingredients ensure visitors are enjoying the best meals and there’s always a gorgeous park or space to relax after you’ve spent some time walking through the many points of interest. Oslo is also perfectly located near many other Norwegian attractions – the ski slopes are a must during winter and if you love the outdoors in summer, the waterways and beautiful islands are just a quick drive away from the city center.

Like many other countries around it, Norway – Oslo in particular – is fast becoming a food scene with some of the most notable chefs in the world creating spectacular dishes. Once upon a time, Oslo’s food scene was fairly basic and underwhelming, but today it’s rivaling some major competition in the culinary world. From Michelin starred establishments to quaint coffee shops and street food, a delicious meal or beverage is never too far away! Of course, you’ll still want to enjoy some of the simple foods best known in Oslo, like the polse, which are hot dogs. The diversity of inhabitants that call Oslo home have also brought some of the best dishes – even pizza and sushi – right to Norway’s doorstep. The nightlight is also thriving and on any given night, you’ll find yourself immersed in a high-energy club with uber-talented DJs. 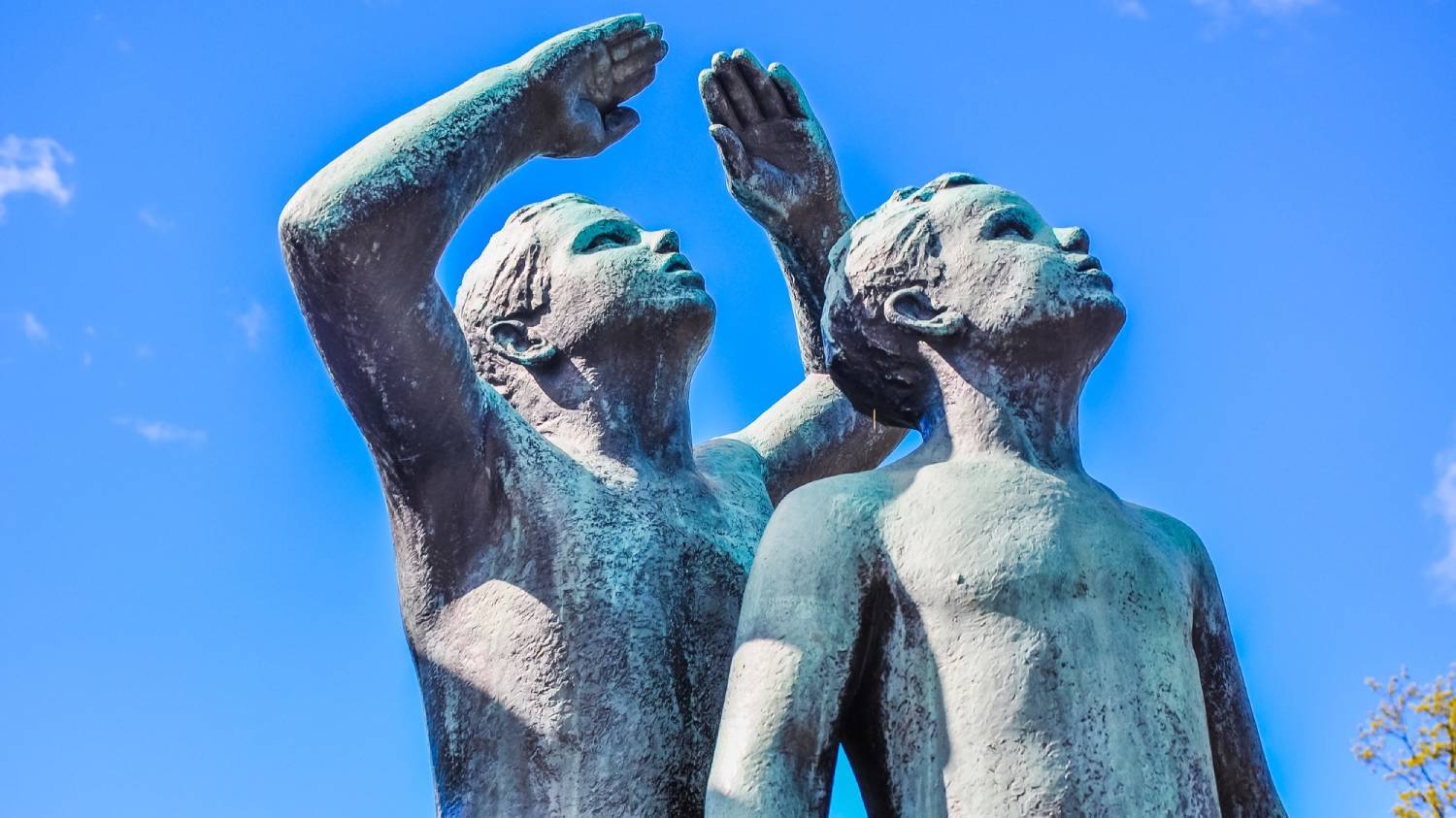 Vigeland Park is one of the most popular stops in Oslo. Explore the six areas of the park and admire over 200 of Gustav Vigeland’s life works – spectacular sculptures made from bronze, granite and wrought iron. Many of the exhibits are typically human forms displaying a range of emotions, so meander through the park at your leisure, and finish off with a picnic! 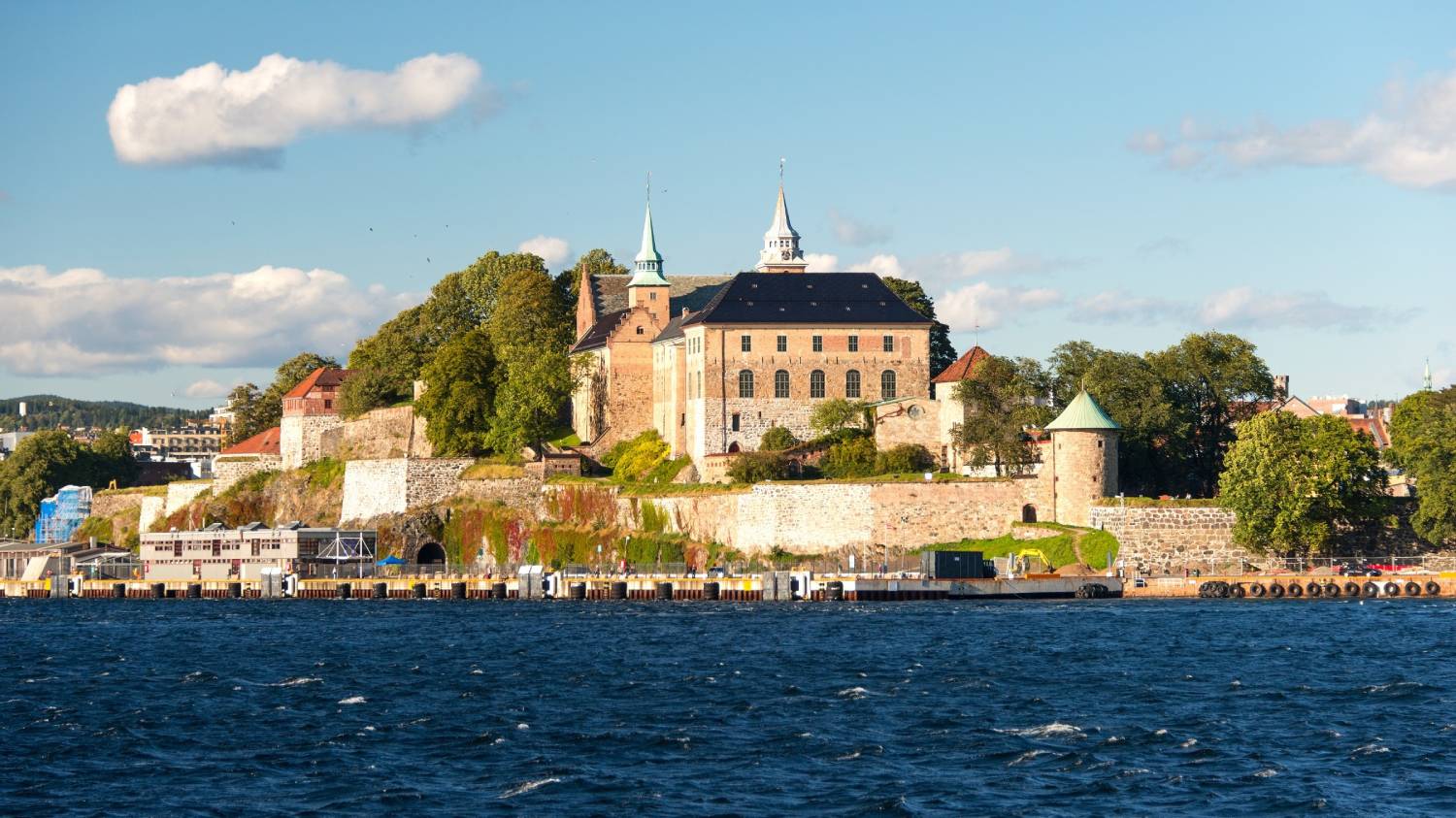 History lovers and the curious alike, will love a visit to Akershus Castle & Fortress (Akershus Slott), to experience the history of this marvellous city. The castle has evolved as times changed, starting in the thirteenth century as the home of the Royal Family, it has since been used as a fortress, renaissance castle, prison, and is now the home of the Ministry of Defence. Stroll through the castle and admire the splendour of another age, with reception and banquet halls, historic artefacts, and a small church all on display. 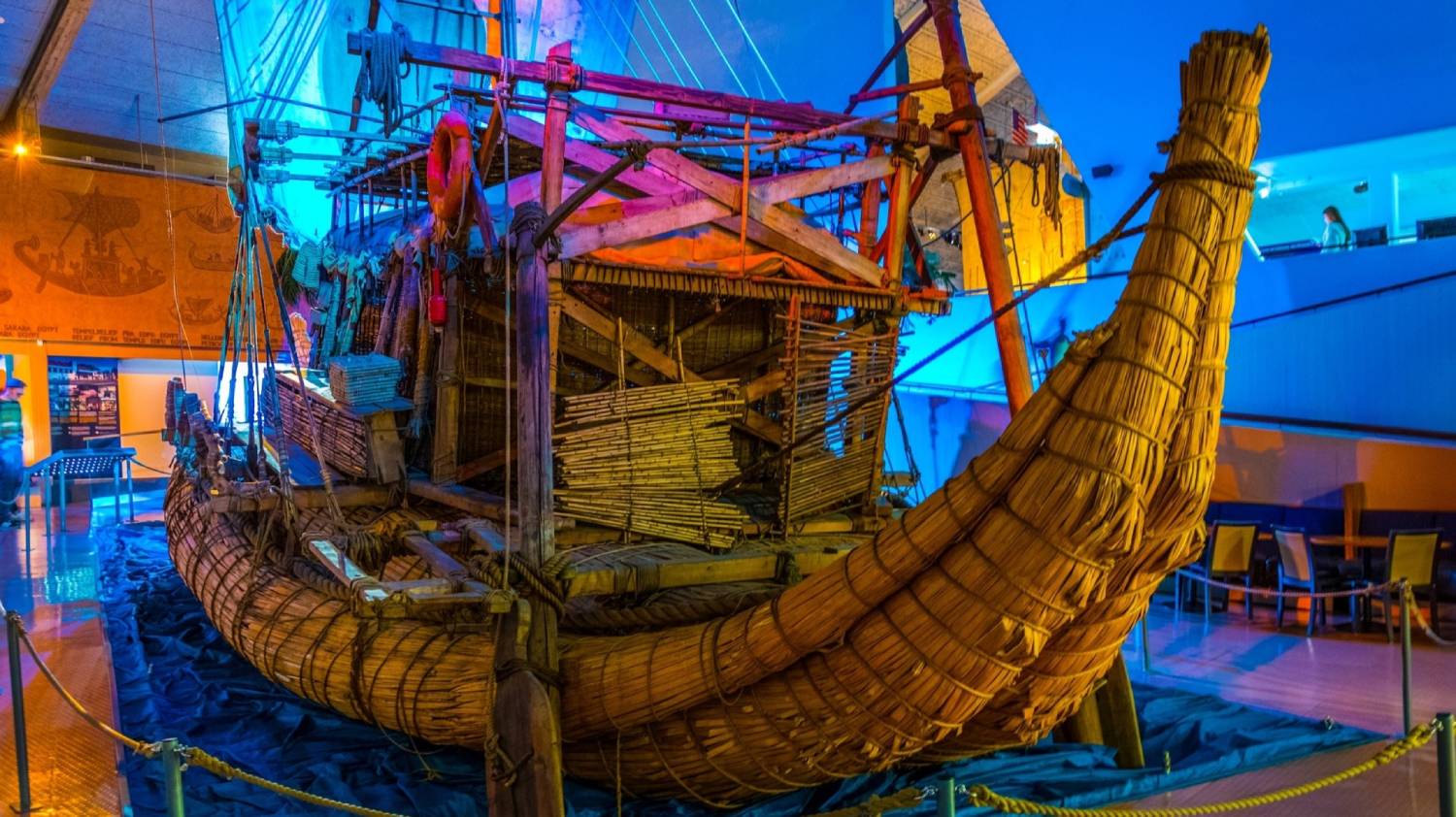 Take a trip to explore the past adventures of Thor Heyerdahl’s brave expeditions – this intrepid explorer sailed a raft from South America to the Tuamoto Islands! Of course, the actual raft he used is on display, as well as many artefacts from his other achievements. More than this, the museum uses film to take you on a tour of the country’s majestic coastline, and even offers a cave tour! 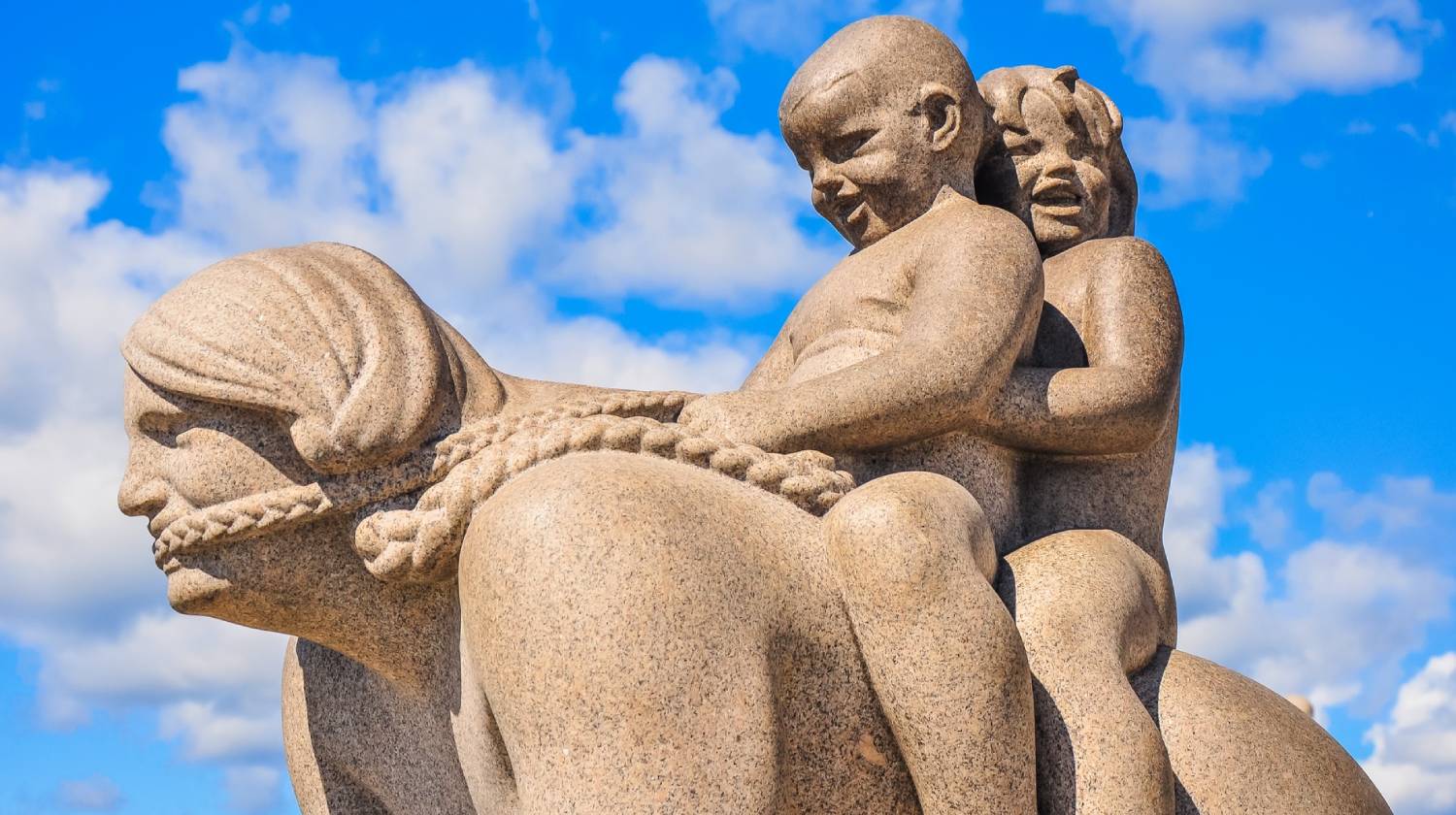 Located a five minute walk, south from the main gate of the Vigeland Park, the home of Gustav Vigeland – a famous Norwegian artist – has been converted into a museum displaying his works. A must for art lovers and those interested in Norwegian culture, come and explore a wide collection of his sculptures, drawings and sketches, as well as visiting exhibitions. 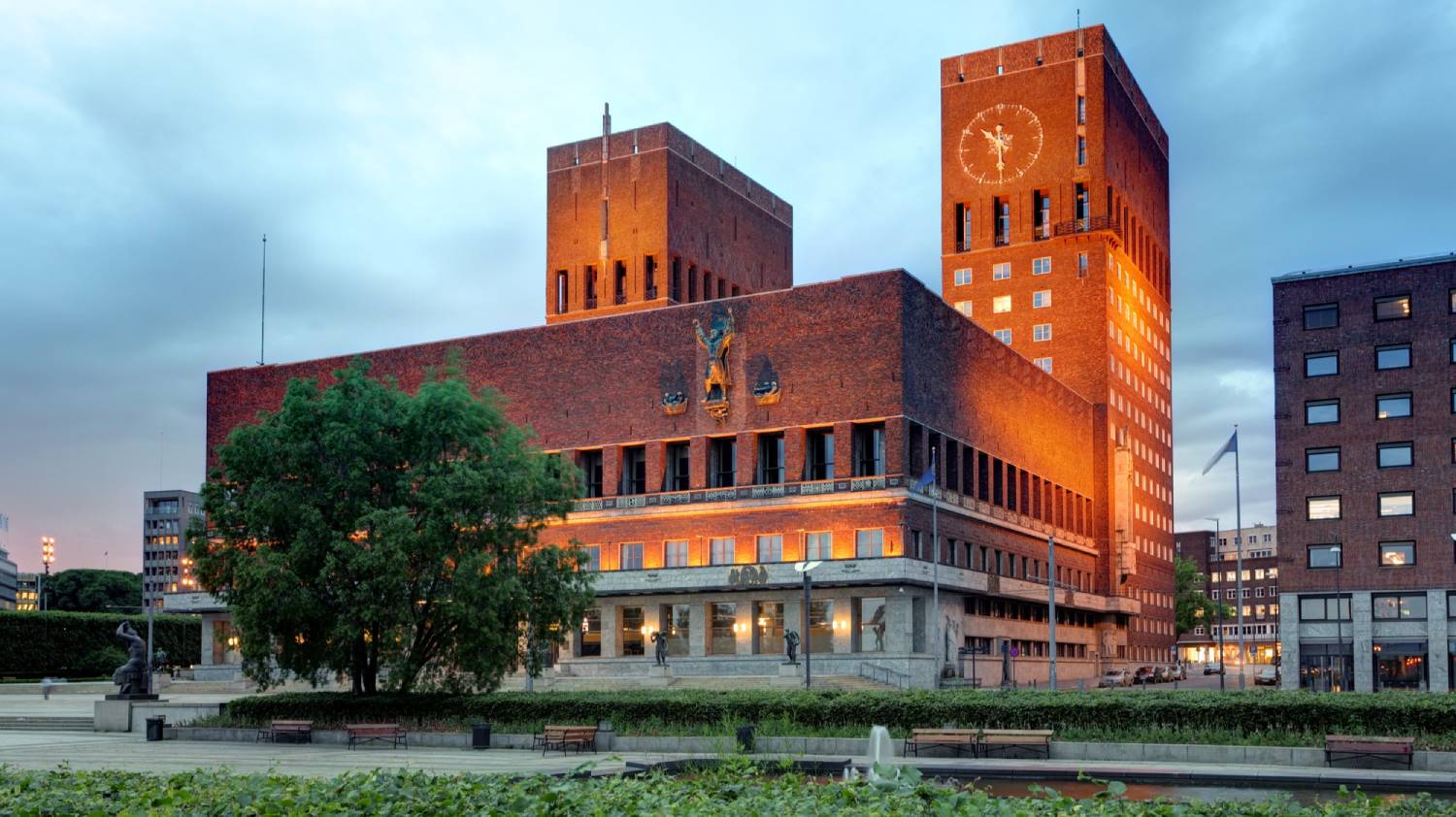 Oslo City Hall (Radhus) is a great place to get your bearings, with a free guided tour that will introduce the history and culture of the city. Take in the views of the harbour, explore the art galleries with frescoes and murals, and even see where the Nobel Peace Prize ceremonies are held. Each hour the forty-nine bell Carillion plays, so follow your ears to the City Hall today!

Originally established in the eleventh century, the magnificent Oslo Cathedral (Oslo Domkirke) is to be found at Stortorvet Square. Come and admire its architecture, as it has evolved over the centuries, displaying a mixture of both gothic and baroque styles. Explore the interior for beautiful sculptures, stained glass windows, and decorated ceilings painted by Hugo Lous Mohr. 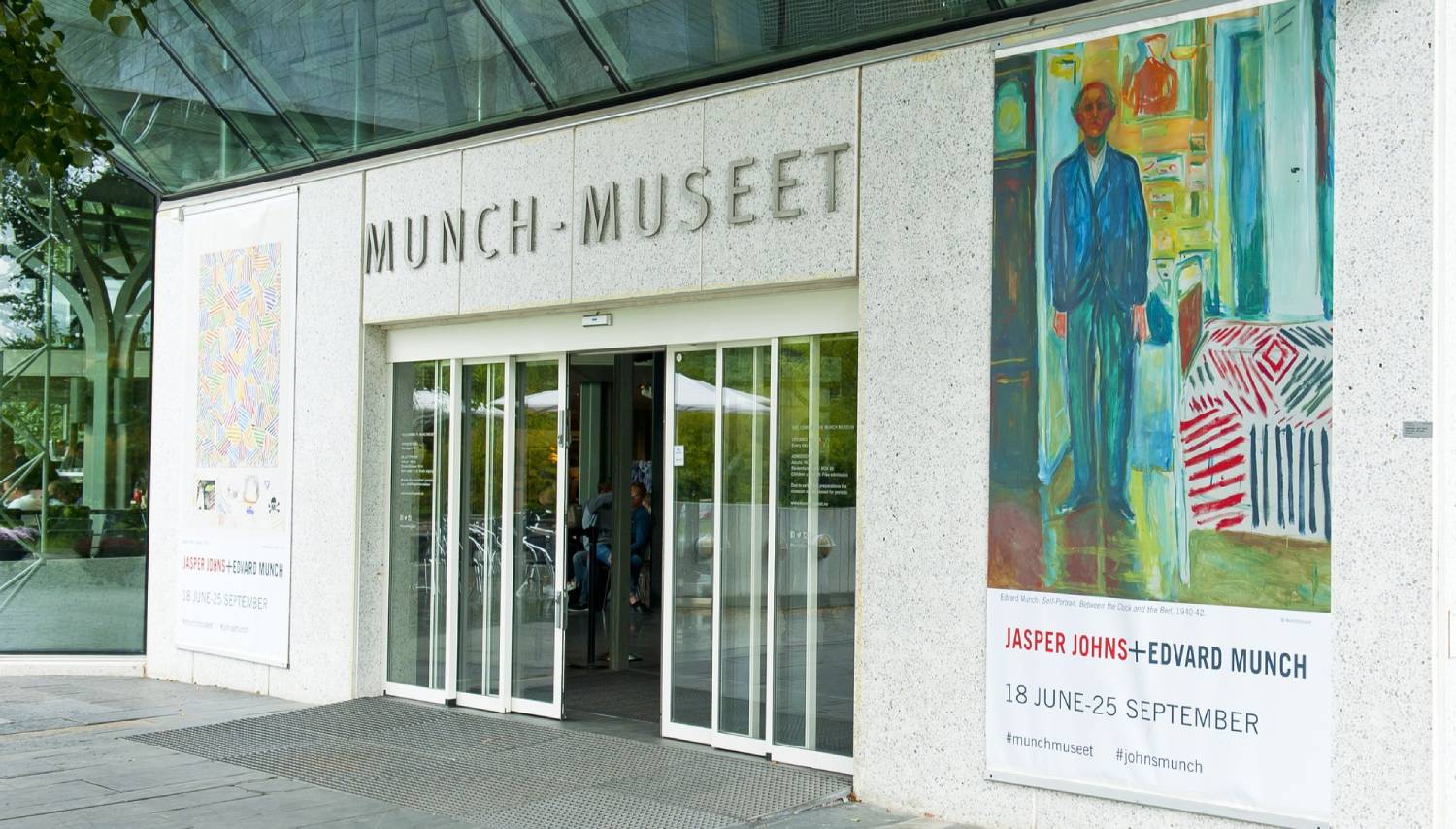 Art lovers – and those curious about the Norwegian culture – will enjoy a visit to the Munch Museum (Munchmuseets). The works of famous artist, Edvard Munch, are on display, with 20,000 of his paintings, drawings, prints and sculptures, waiting to be explored and admired. For those not familiar with the artist, guided tours are available where you can learn about his life, and gain a deeper insight into his work. 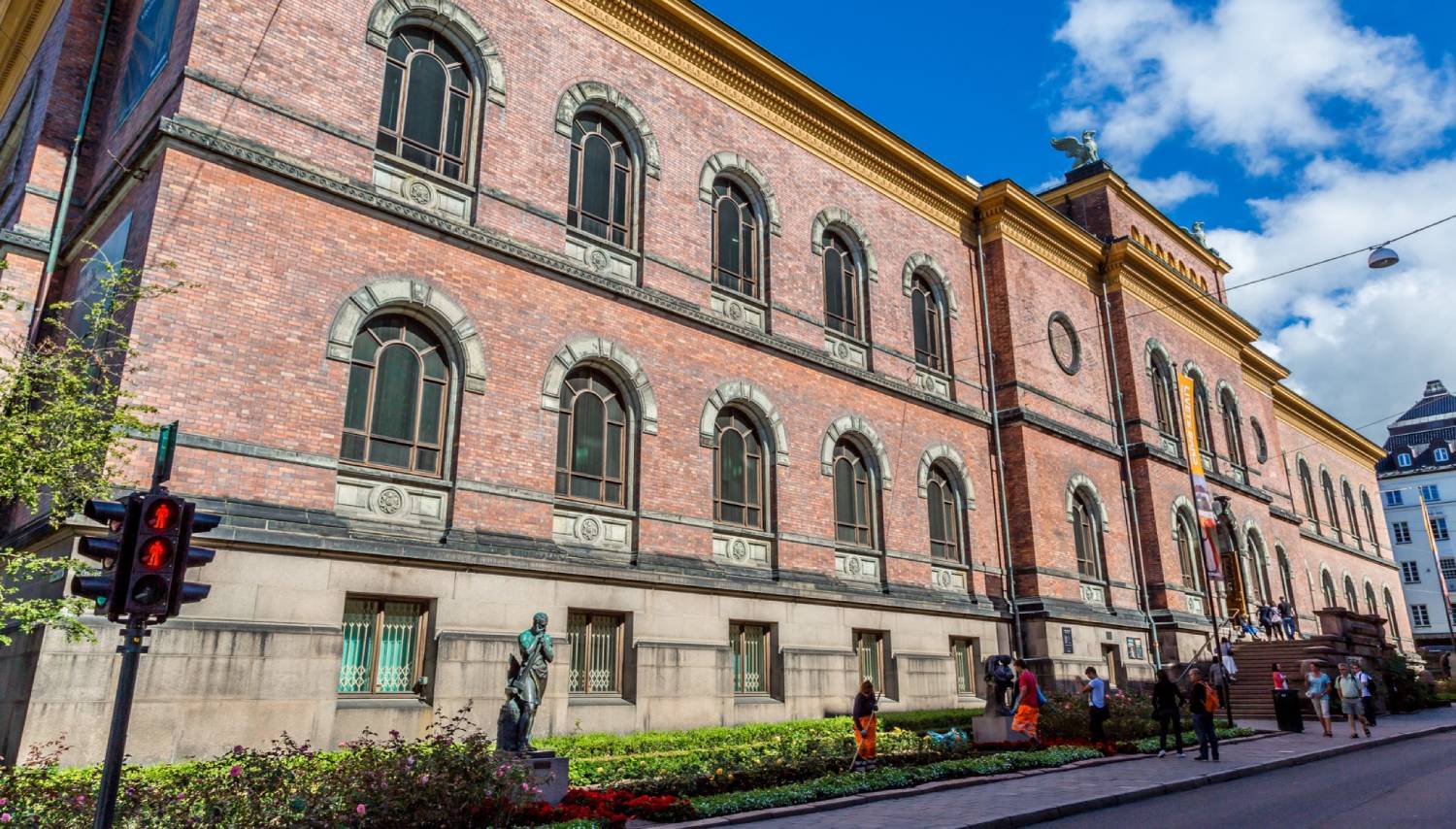 Norway’s largest collection of national and international art is on display at the Oslo National Gallery, and it is definitely a must-visit! Wander through the gallery and see work from a range of famous artists, including J C Dahl, H F Gude, and of course, Edvard Munch. In addition to the standing collection, the gallery regularly hosts spectacular visiting exhibitions! 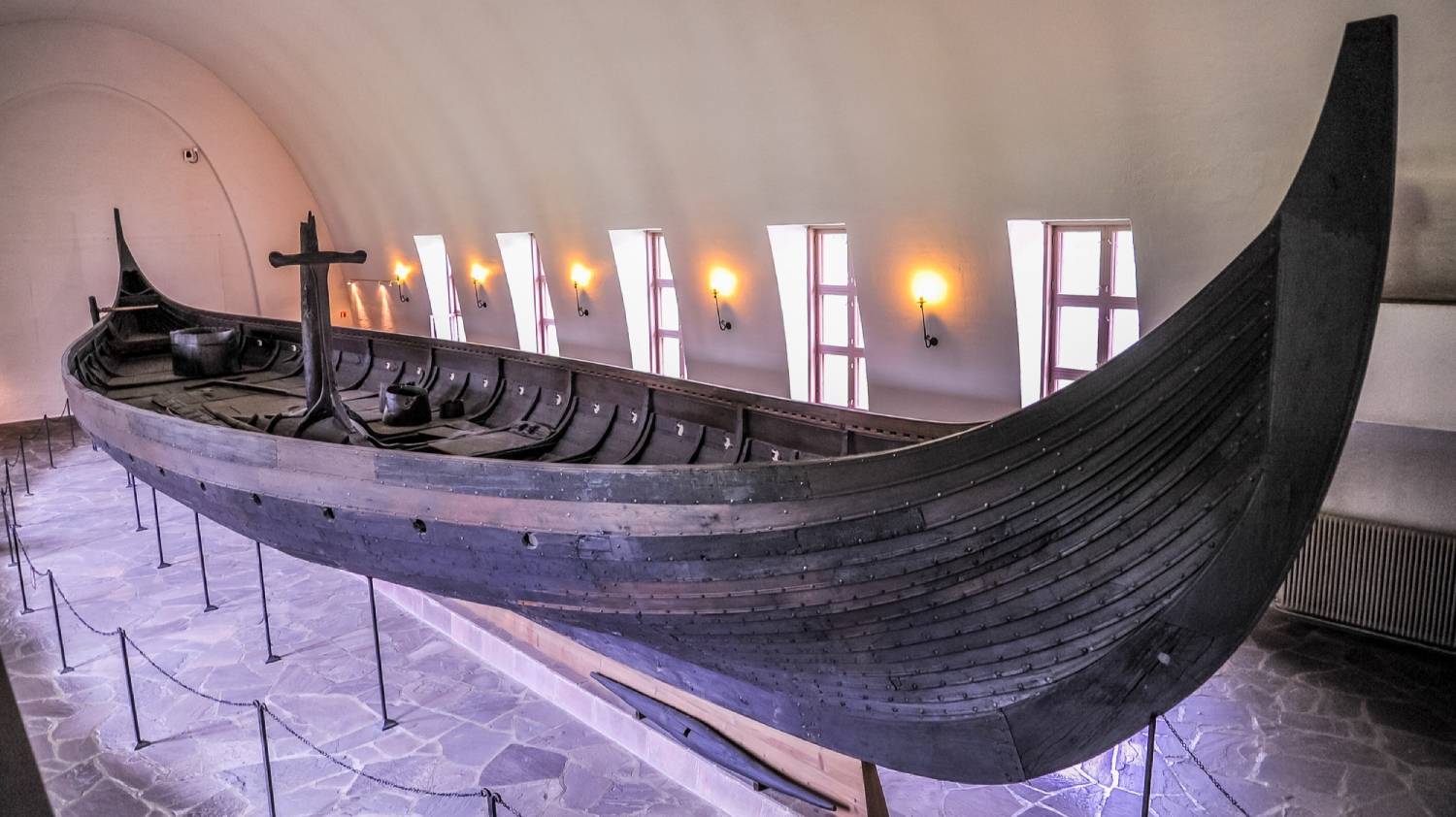 There’s no two ways about it – a trip to Norway must include the Vikings, and a visit to the Viking Ship Museum is a great way to experience this bygone era! There are three Viking Ships on display, excavated from pits of peat, and then reconstructed. Admire their detail, and imagine the dangers of sea travel in these ancient vessels. There are films to watch which will bring these ships alive, so take some time to enjoy this marvellous exhibition. 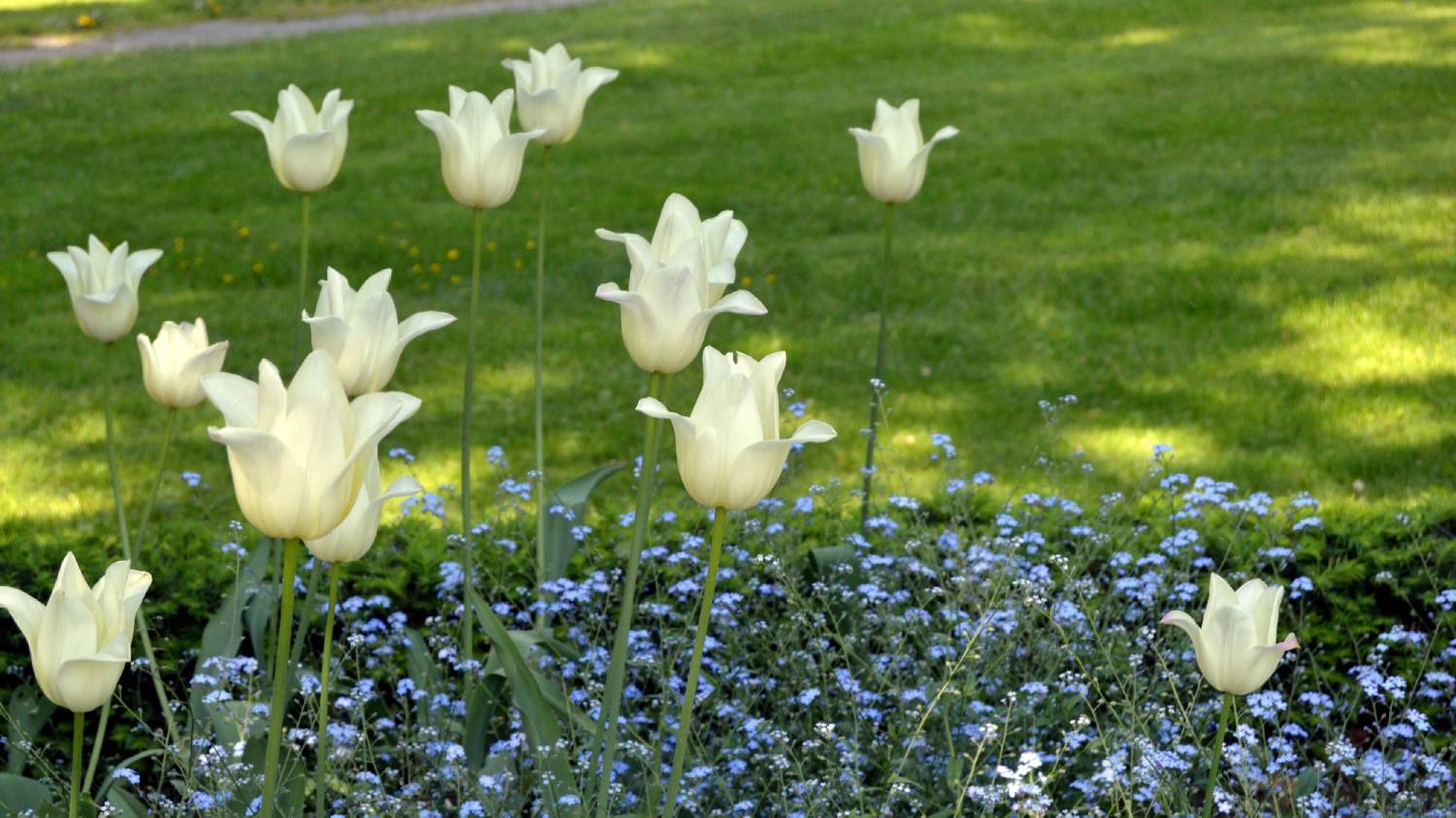 Surrounding the Royal Palace, the Slottsparken (The Royal Palace Park) is a beautiful 22 hectare public park. Take some time out to just relax and stroll along the perfectly manicured pathways, as you admire the many trees and plants of the gardens – some of which go back to the mid nineteenth century when the park was established! The Royal Palace is just next door, and in summer they conduct guided tours!