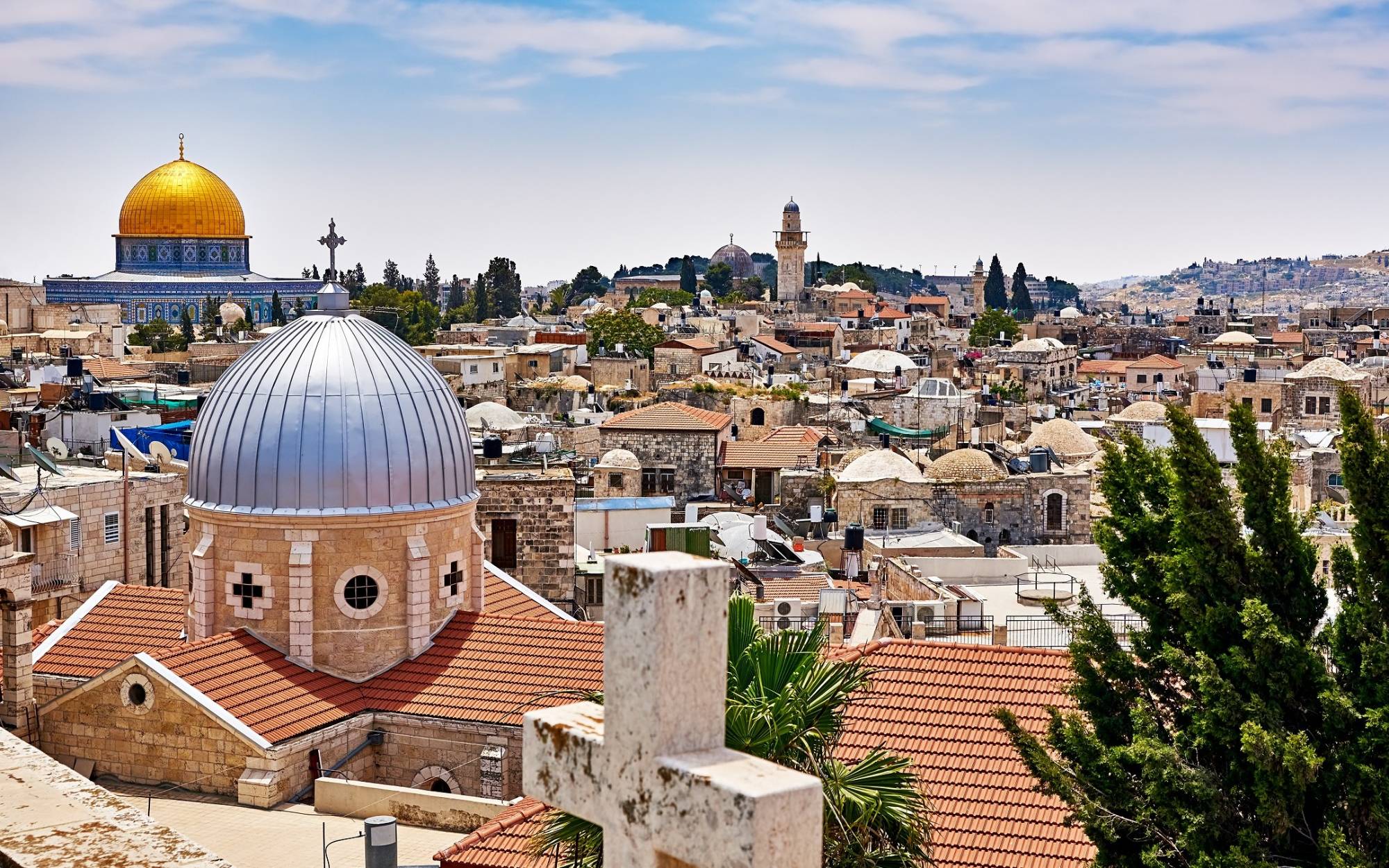 The Best Things To Do In Jerusalem

Though Jerusalem is often regarded as a pilgrimage city for many religious groups – Christians, Jews and Muslims – there is also a lot to see in this magnificent ancient city that relates to culture and historical contexts. Situated west of the famous Dead Sea, Jerusalem has numerous famous points of interest and landmarks that are worth visiting even if you don’t find them of much value religiously. There’s plenty going on throughout the city that invite the senses to take part – whether it’s smelling the fresh brewed coffee each morning to the assortment of spices and cuisines that waft through each of the markets, there’s something uniquely beautiful and enticing about Jerusalem.

Of course being in Israel and the region, often known as a hotspot for revolutions and protests, Jerusalem is also a place that one should experience cautiously. The city is split up into a variety of quarters, all encompassing unique cultures and varying religious backgrounds – this diversity is one of the many things of beauty and interest in a place like Jerusalem. Once you’ve walked around the open markets and other public points of interest, take some time to stroll throughout the historical and ancient landmarks for which the region is best known. One of the most popular points of interest in Jerusalem is the Western Wall, which is considered an ancient and sacred site for those of faith. The ancient limestone wall is all that remains of the Temple courtyard, which dates back to 19 BC.

Another major destination to explore is the Mount of Olives, which is just outside the Old City of Jerusalem. The peaceful landscape once served as an olive grove and is a beautiful place to wander after experiencing many of the other notable sites. If you want to learn more about the area’s history, head over to the Tower of David, which is a medieval citadel that is now a museum highlighting much of the region – and Jerusalem’s – history. The citadel that exists today has been traced back to the Ottoman period, and is a fascinating experience during a trip to any part of Jerusalem’s Old City.

Dome of the Rock 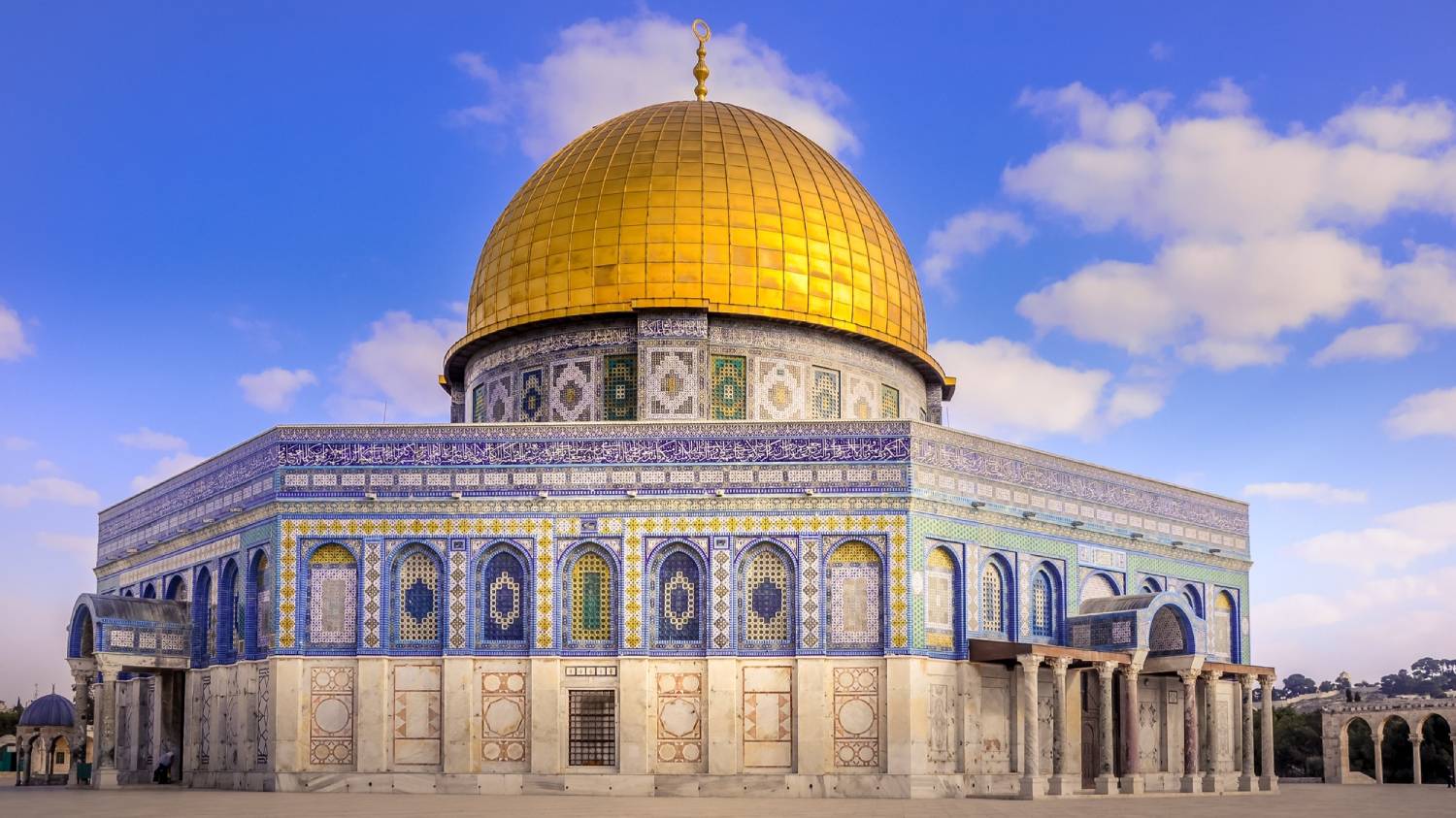 As you come into sight of the Dome of the Rock, its magnificence signals that this is indeed the most important Islamic shrine in the world. Located in the Old City of Jerusalem, the roof of the twenty metre dome is covered with 100,000 melted gold Dinar coins. A beautiful example of Byzantine art, walk around the shrine and admire the brilliant architecture and pristine design. 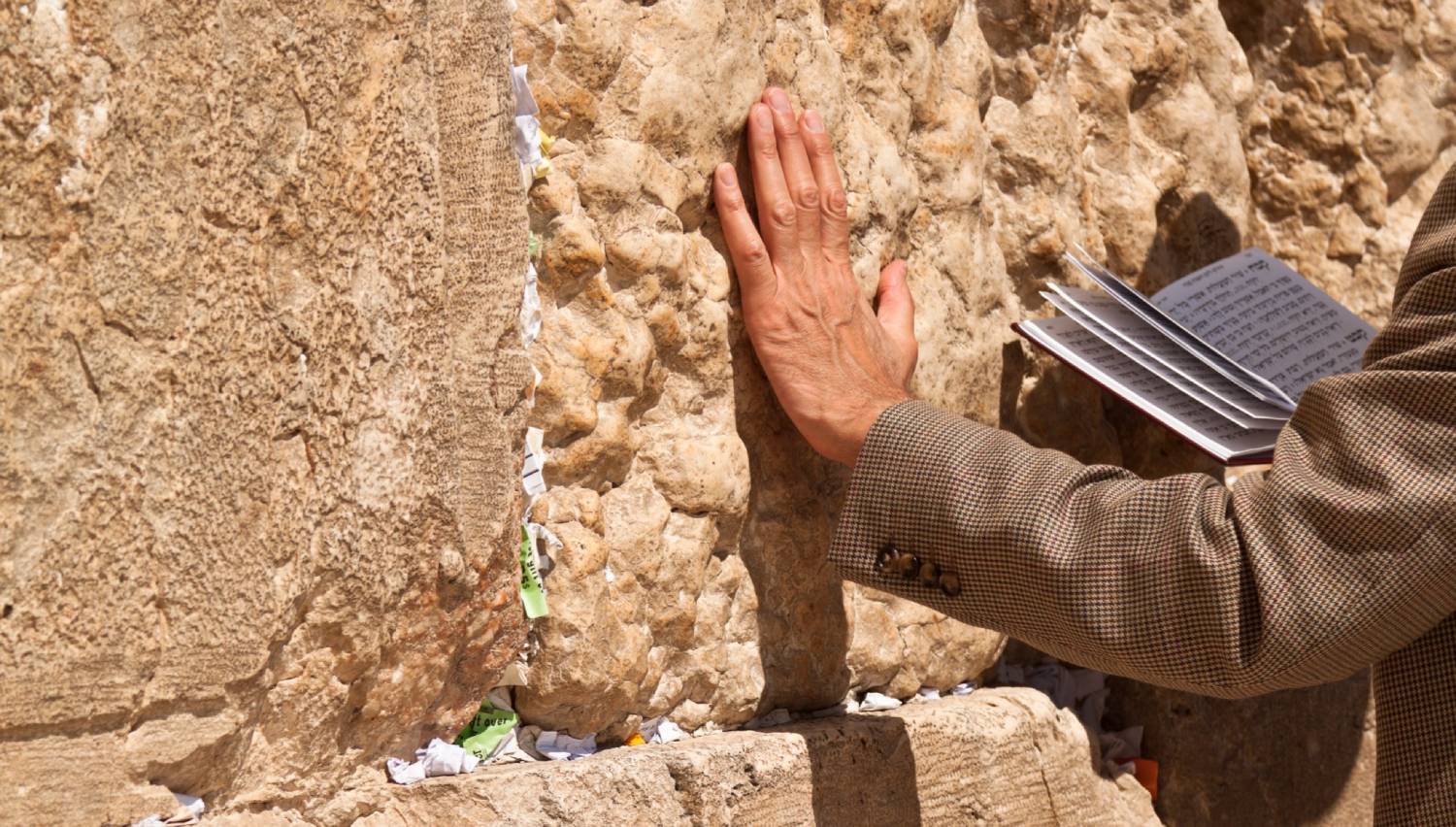 The Western Wall in Jerusalem is visited by many; those of the Jewish religion who come to pray, and those not of the Jewish religion who come to respect and admire its great religious importance. As you absorb its history, you will notice that the wall is divided into two sections, one section for males, and one for females. Why not go beyond the wall, and take a guided tour to explore the Western Wall Tunnels – it’s truly fascinating stuff! 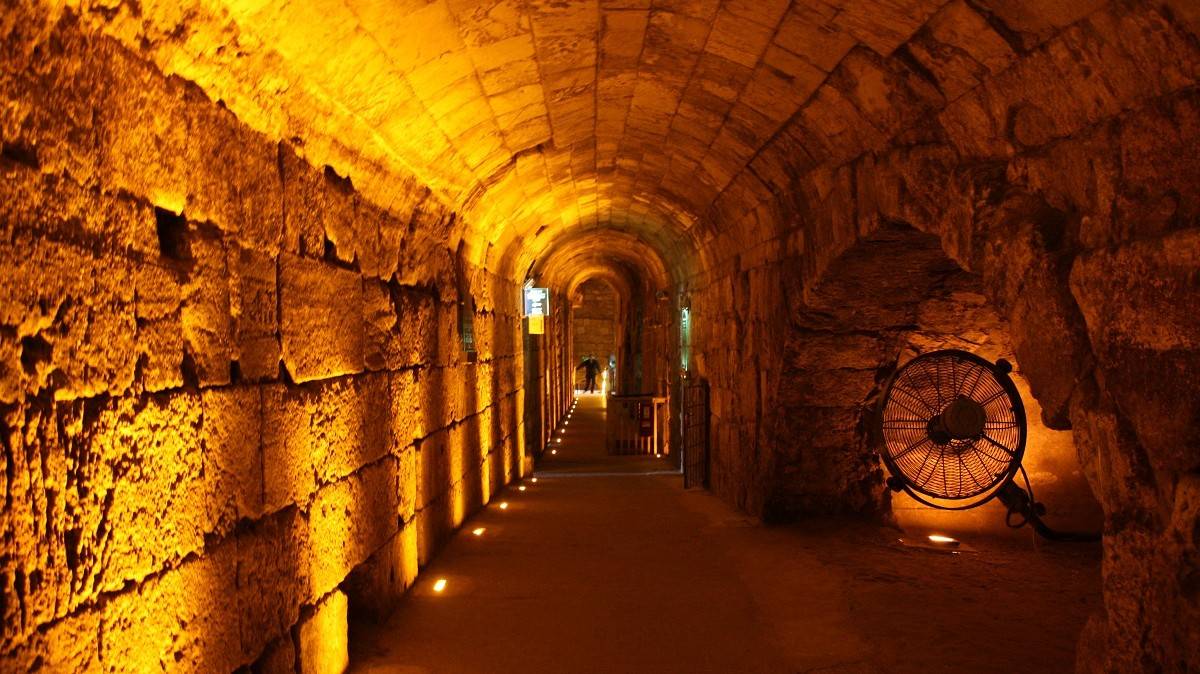 Take a guided tour of the Western Wall Tunnels to gain a better and different perspective of the Western Wall of Jerusalem, which resides above. While above ground, access to the wall is limited to around 60 metres, however the tunnel runs the full 485-metre length. You will see “Warren’s Gate,” and learn about the sites 2000 year history, including the many challenges the archaeological project has faced along the way. Take a tour and expand your understanding of this most important landmark today!

Church of the Holy Sepulchre 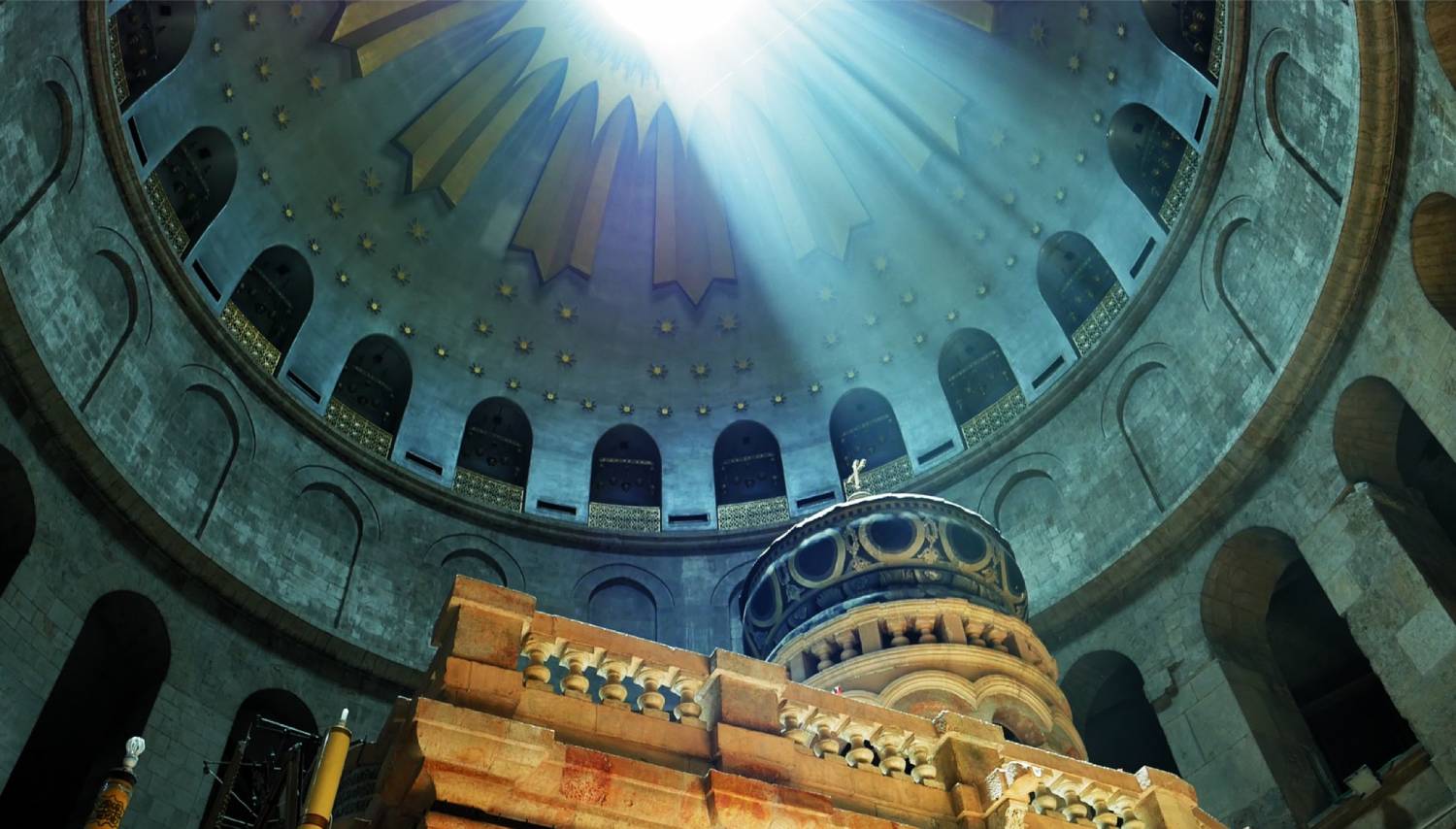 Since its construction in the fourth century, the Church of the Holy Sepulchre has long been considered one of the most holy places on earth. A visit to the church will place you where it is believed Jesus Christ was crucified, and where his tomb was located. Pay your respects, and join the millions of people from around the world who have made their way to admire the church and pray. 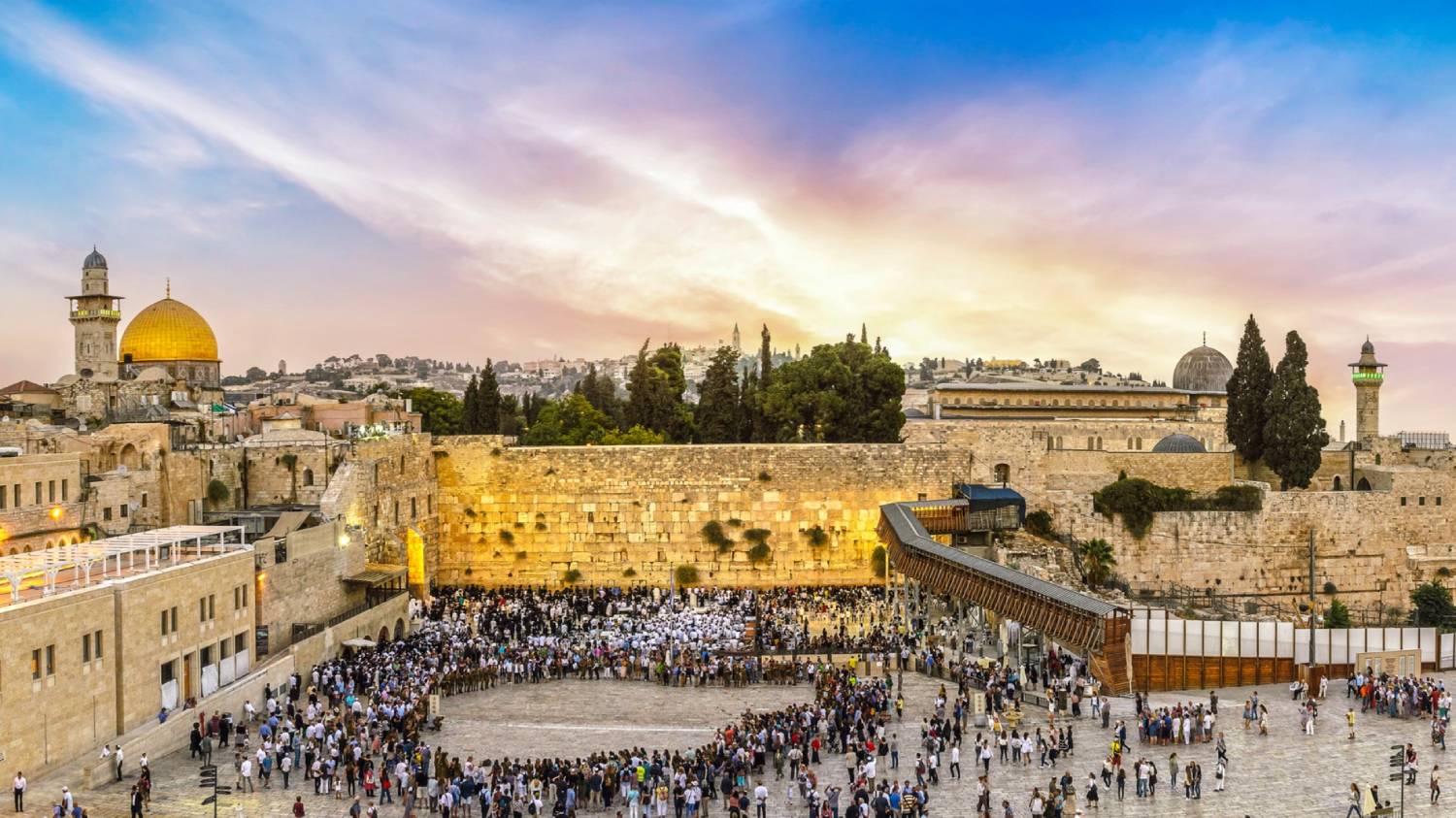 Take time to wander the streets of the Old City of Jerusalem, and soak up the history and culture of this remarkable place. Of course, you will come across all of the historic landmarks that the city is famous for, but try to also take another view, and just absorb the day to day life of this one-square-kilometre district, divided into Muslim, Christian, Armenian and Jewish Quarters. See the architecture and explore the famous Shuk, sit for a while, enjoy a meal, and watch as the locals go about their daily life.

Church of the Nativity 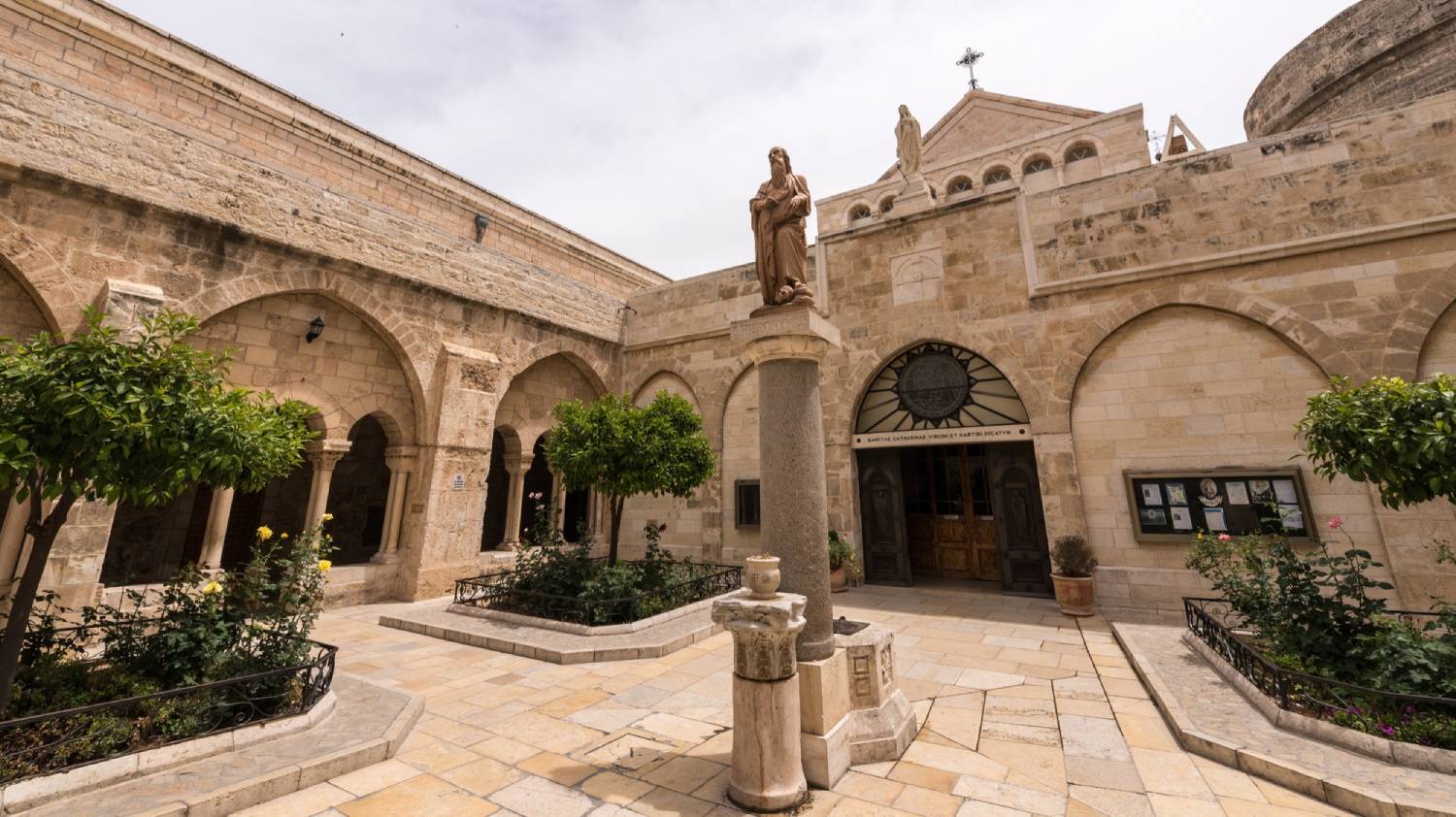 Located ten kilometres from Jerusalem, the Church of the Nativity is in Bethlehem, West Bank. Visit the oldest Christian church still in daily use, and you will be in a sacred and holy place, where it is believed that Jesus Christ was born. Built in the fourth century, the church was destroyed in the sixth century, and then rebuilt into the complex it is today. The Basilica is Greek Orthodox, and there is even an underground shrine to the birthplace of Jesus. 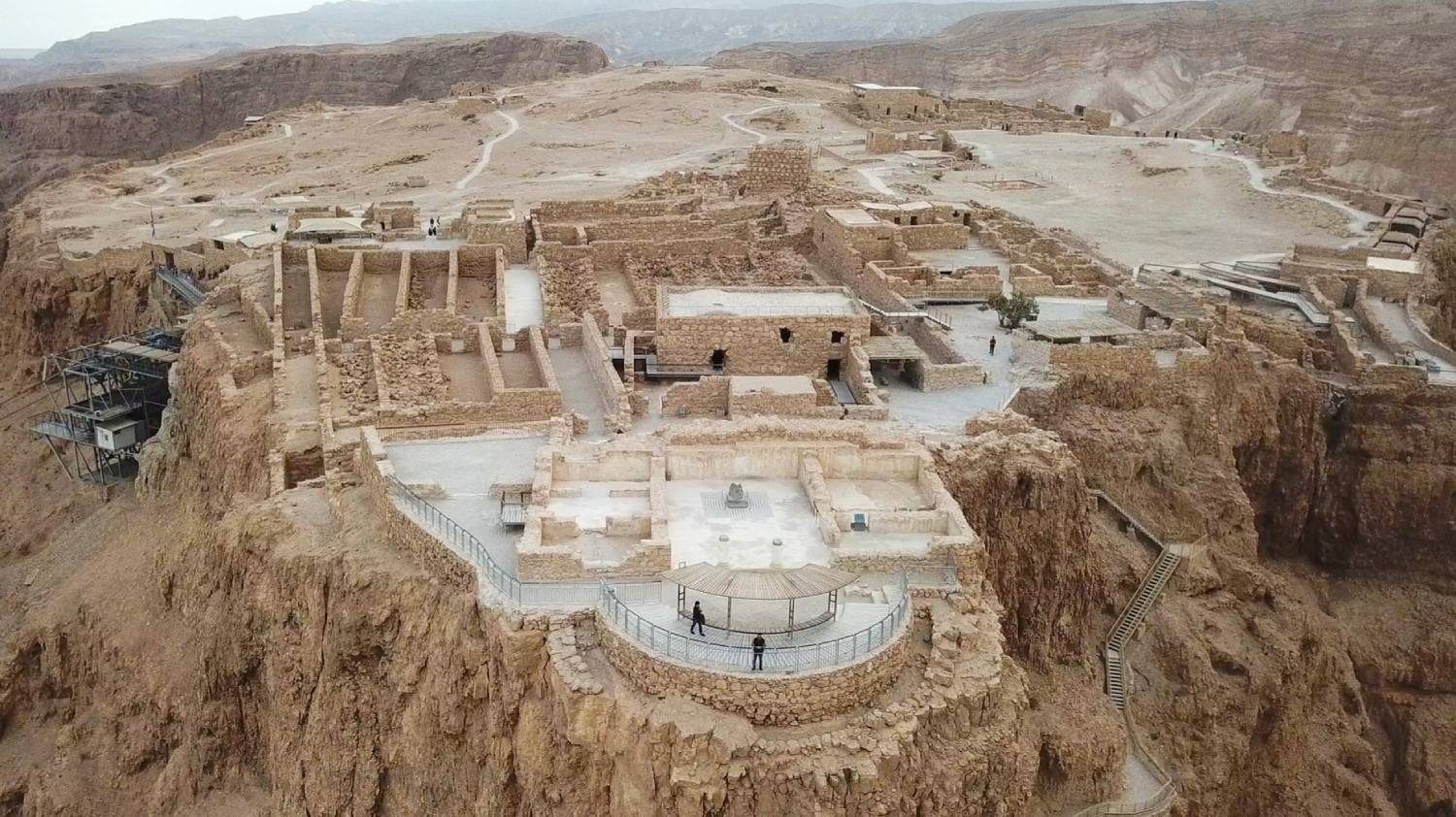 Take a day trip and soak up the history of the famous fortress, Masada, which is located on the top of a mountain on the eastern edge of the Judean Desert. To reach the entrance to the fortress, you can choose to either walk up one of two paths, or take the cable-car. Explore this well preserved fortress, and the complex of buildings originally built by King Herod – there is the palace, mosaics, and bathhouses from a bygone era. And then there are the views, which are magnificent! 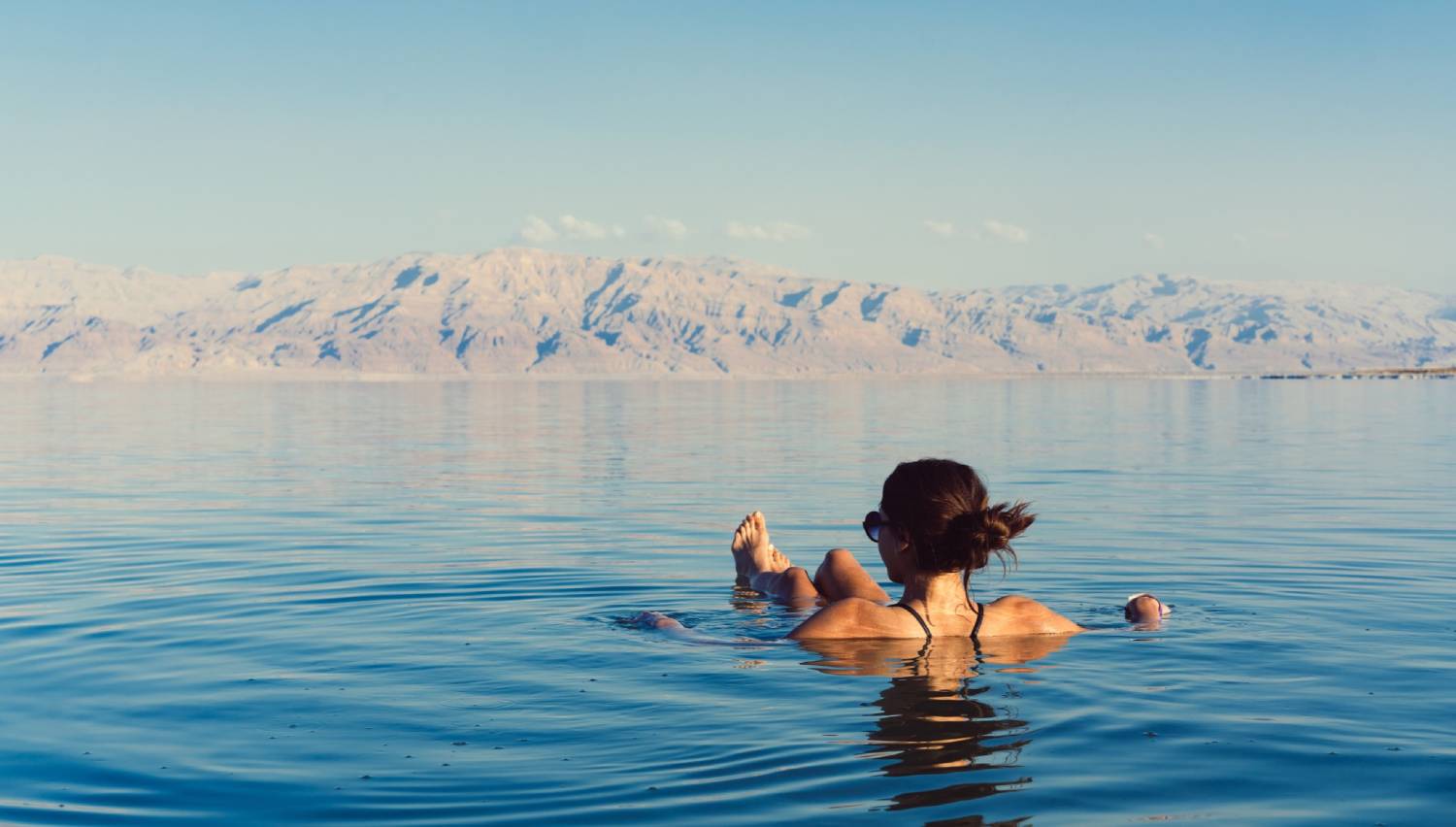 Take a trip to the Dead Sea and experience buoyancy as never before. Located on the borders of Jordan, West Bank and Israel, this is the lowest point on earth – on dry land – at 383 metres below sea level. And, because of the very high concentration of salt in the water, you will feel as if it’s impossible to sink! The Deas Sea was also considered a health resort in ancient times, and the trend continues, with the mineral rich black mud used at many luxury spas and resorts around the world, for high-end beauty treatments. 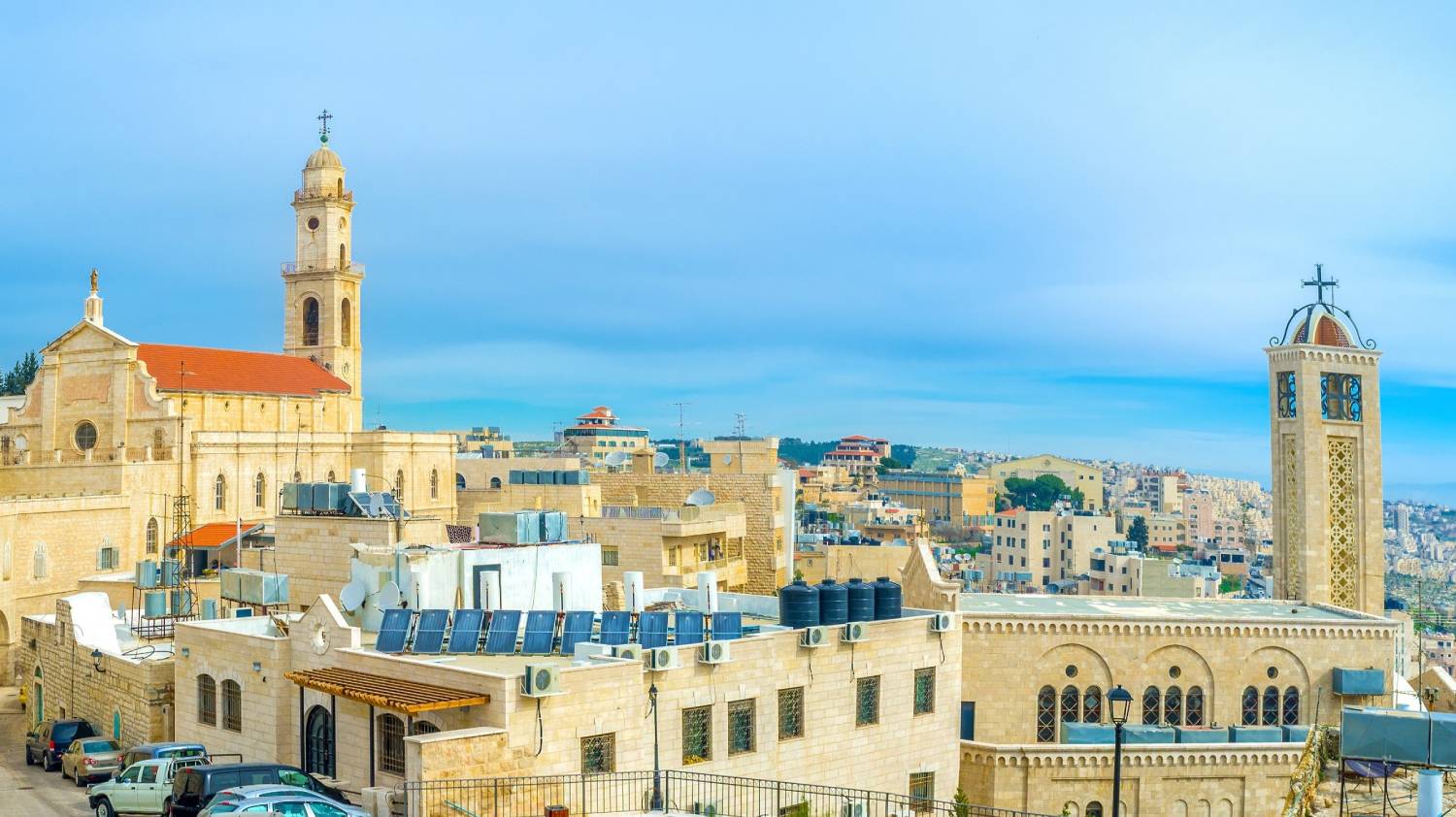 Located on the West Bank, south of Jerusalem, Bethlehem is the birthplace of Jesus, and for Christians has enormous religious significance. There are a number of religious landmarks to visit in Bethlehem, particularly the Church of the Nativity and the Church of St Catherine.