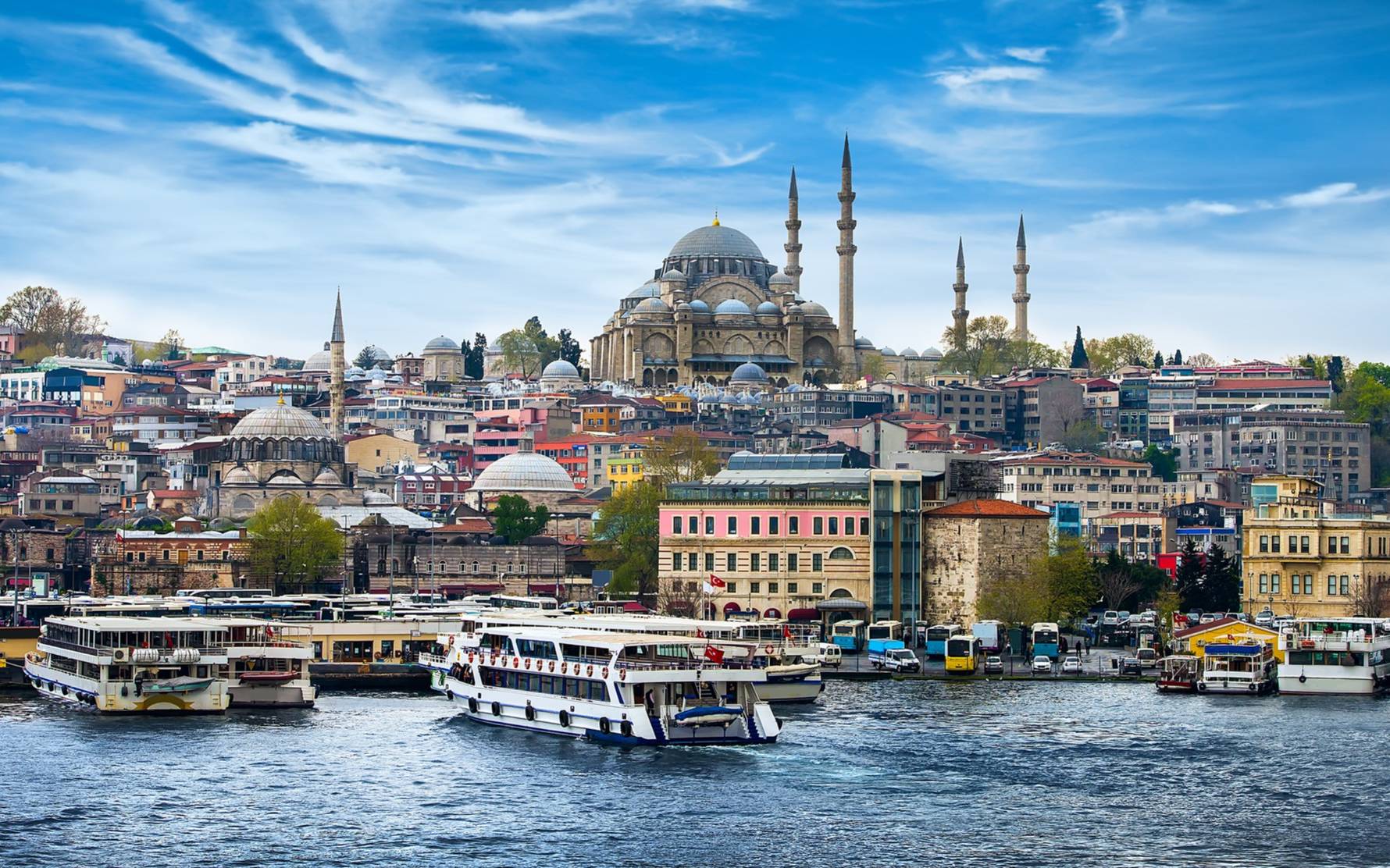 The Best Things To Do In Istanbul

Any city which actually sits cozily on two continents is worth checking out. Particularly when it is by no means lacking in sights and sounds guaranteed to make your visit simply unforgettable. Welcome to Istanbul, a portal to both Europe and Asia where a wealth of architectural styles – Byzantine, Genoese, Ottoman and Roman – also make it a gateway to different eras, and the one place you can travel through both time and space with ease. This transcontinental metropolis which also happens to be Europe’s largest city sits astride the Bosporus with the city of Corlu to its west, and Gebze and Bursa to its south, while the Black Sea lies to its north. Istanbul is a city of many marvels. There is its Old City, which tells the tale of its glorious past in stunning detail; the Princes Islands, the city’s very own archipelago filled with the fragrance of pine trees and large, beautiful chalets; and its New City which invites you to shop until you drop in its numerous, vast malls. And it’s all waiting to be discovered and explored by you. Once you have basked in its coastal ambience, you will certainly consider every moment of your vacation in this Turkish city well spent.

Thanks to its status as Turkey’s historical and cultural hub, Istanbul is a shining example of a former capital which has successfully avoided tumbling into obscurity. Its architectural wonders, modern neighbourhoods and rich culture are all excellent trump cards which ensure it stands out in a limelight unmatched by any other. Its Istanbul Ataturk Airport welcomes the bulk of flights from all over the globe and other Turkish cities too, efficiently supported by the Sabiha Gokcen Airport on its Asian side. If you are flying in from its main rival, Ankara, you will be able to arrive following a trip of about an hour. The city of Marmaris however is slightly further away with flights averaging an hour and 20 minutes. Istanbul boasts a wide range of options for navigating it. You will be able to reach your destination using its metro, overland and underwater lines as well as its buses. Private dolmus buses are also a very handy option for moving about the city at any hour of the day or night.

Istanbul is proof of the fact that true stars are born, not made. Unlike the numerous cities which have sprung up from humble beginnings to attain the dizzying heights of global superstardom, this former Turkish capital has been suffused with glamour from its very beginning. And a glimpse of its dazzling opulence and the power which was once wielded here can be caught during a visit to its historic Old City. Here time almost feels frozen in stages as you view the immense Hagia Sophia with its vast dome, the Kariye Museum which was actually a Byzantine church, and the Suleymaniye Mosque built during the reign of Suleiman the Magnificent. But it is also a city of the present and you will be able to step right back into the moment once you set foot in the New City. Istanbul’s main economic hub whose skyline is defined by glittering skyscrapers is also home to several modern shopping malls, such as Cevahir, Istinye and Kanyon, to mention a few. With so many amazing options, you will be able to spend several hours shopping to your heart’s content – one of the very best ways of bringing a part of your holiday home with you. 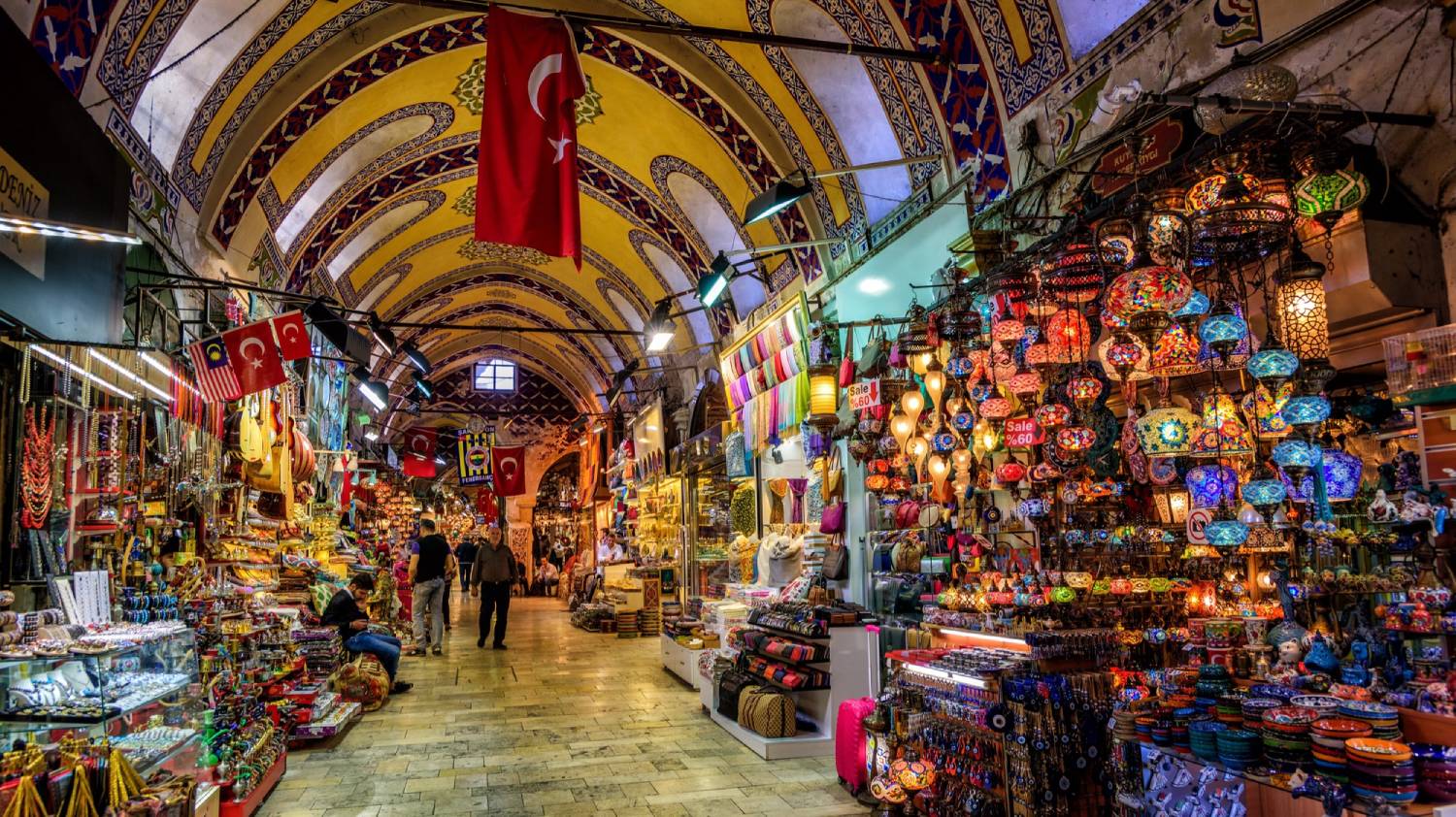 A visit to the Grand Bazaar (Kapali Carsi) – located just inside the Walled City of Istanbul – is an absolute must do! The Bazaar has served the city since the fifteenth century and is enormous. As you enter, the kaleidoscope of colour and lights will amaze, and as you stroll down 60 domed alleyways, see how many of the 5000 stalls you can visit. The array of essential, quirky and fascinating wares on display, will leave you gobsmacked. What an experience! 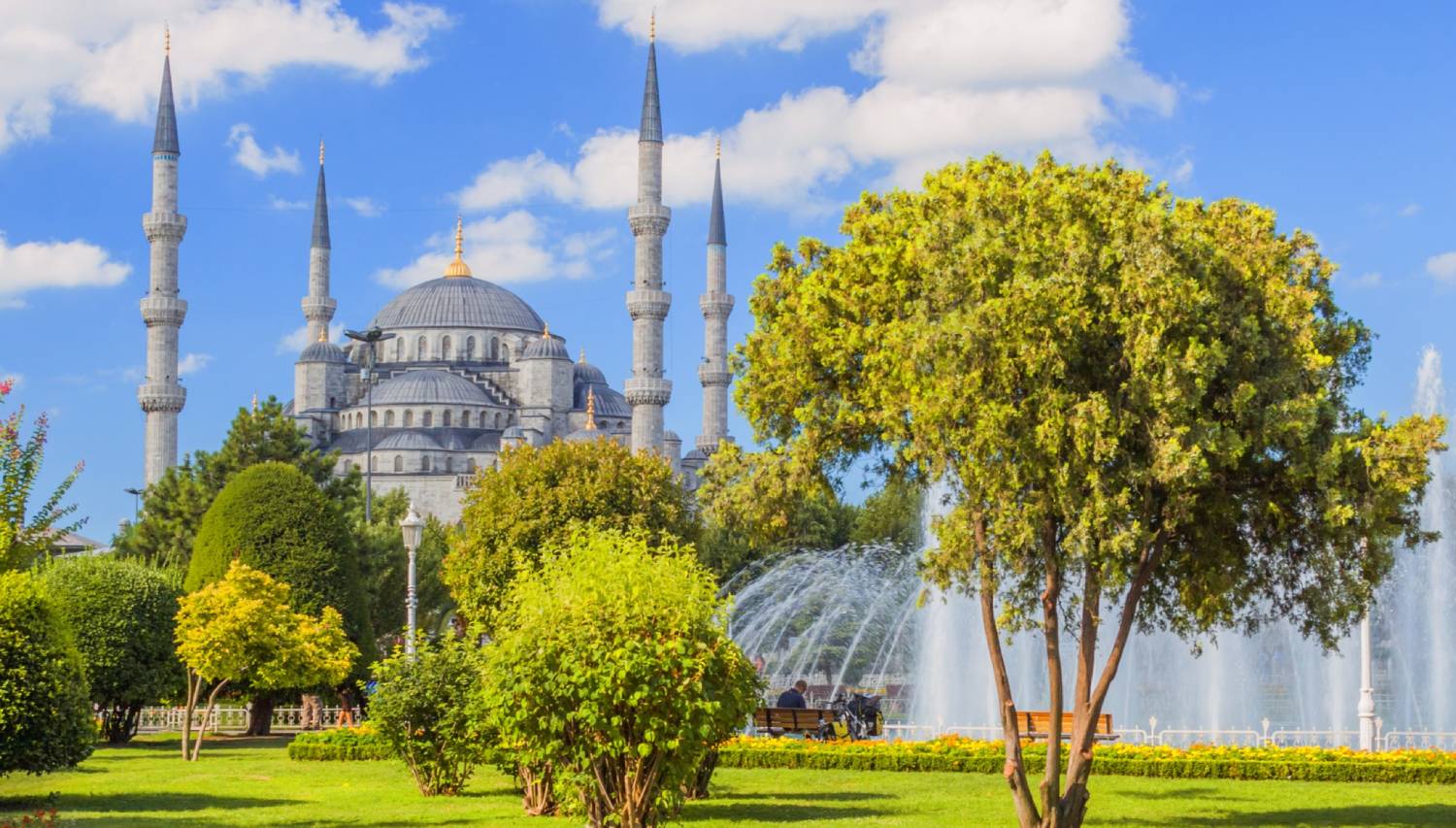 The magnificent Blue Mosque (Sultan Ahmet Camii) – built in the sixteenth century – is a world-famous landmark that is an essential part of any visit to Istanbul. Admire the use of six slender minarets to guard the huge open courtyard, and be amazed by the large prayer hall – covered by a dominant dome – with the internal ceiling decorated with intricate blue iznik tiles. As you explore this mosque, absorb the history and respect its religious operation by avoiding prayer times and dressing in accordance with regulations. 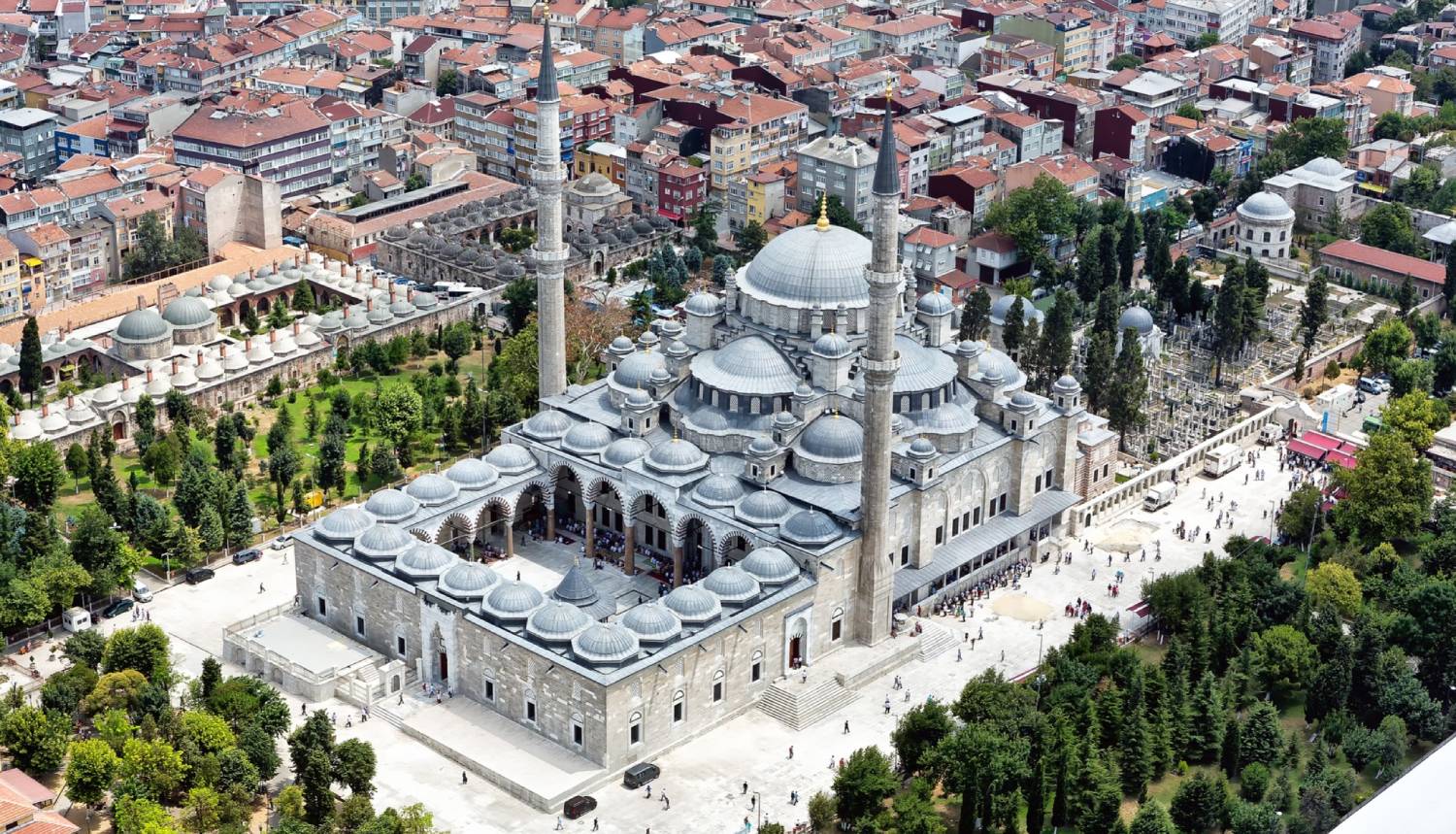 Visit the Suleymaniye Mosque and be taken back to 15th century Istanbul. This magnificent mosque was constructed from marble and granite and was originally complemented by a complex of buildings such as hospitals, schools and kitchens; these buildings now serve as libraries and restaurants. The interior of the mosque is a delight of intricate details, and as you meander through the gardens and admire the magnificent architecture of the mausoleums, stop at one the cafes or restaurants to people-watch and soak up the atmosphere. 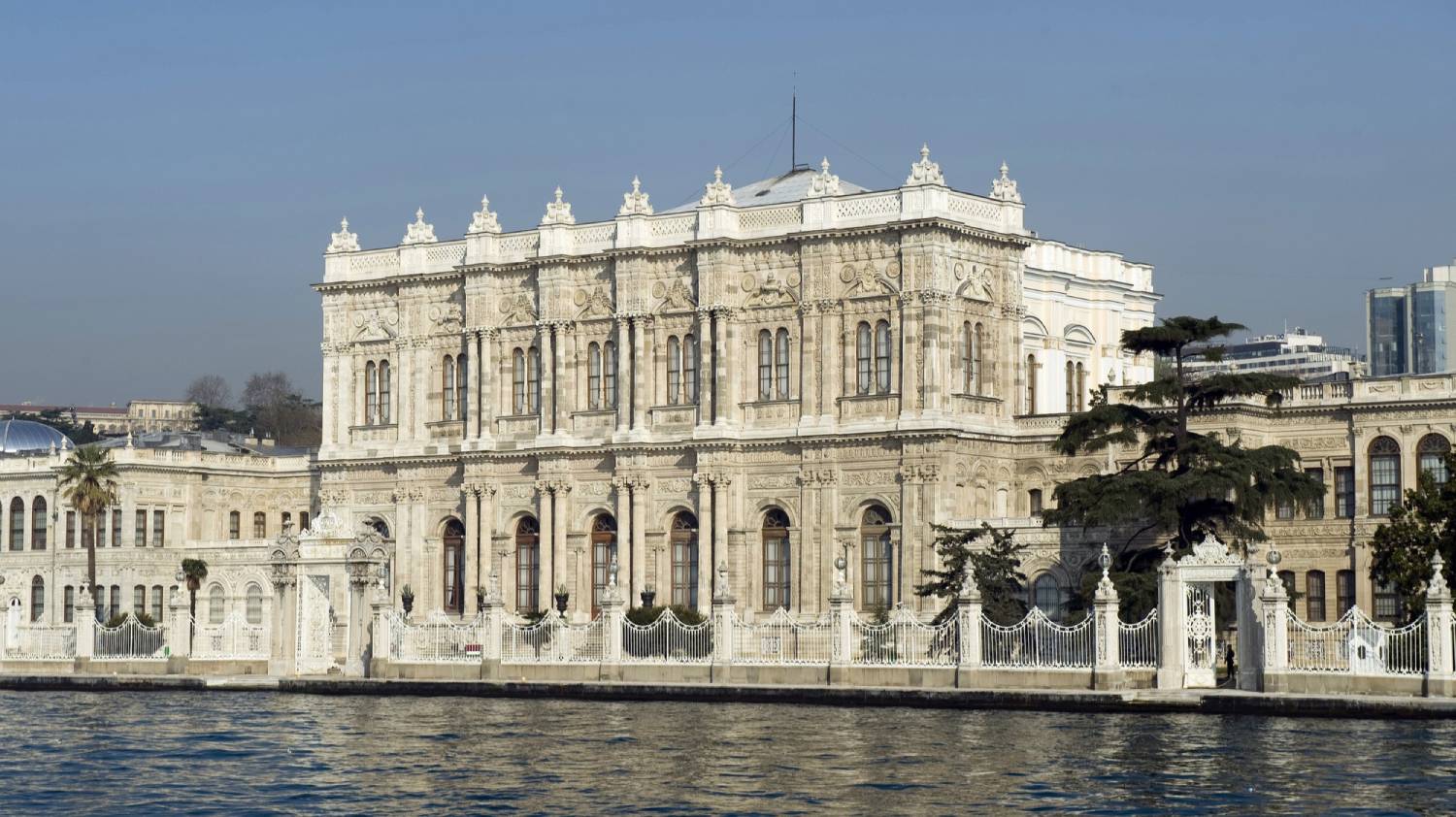 Built by Sultan Abdulmecid between 1839 -1861, a visit to Dolmabahce Palace (Dolmabahce Sarayi) is a visit to an opulent bygone era, when the Ottoman Sultans spared no expense in their extravagant residences. The palace is huge, and so full of grandeur that you will while away hours as you wander through the rooms. As you admire the detail – including the great hall and its use of domes – you will notice the western influence on the architecture, such as the world’s largest crystal chandelier! 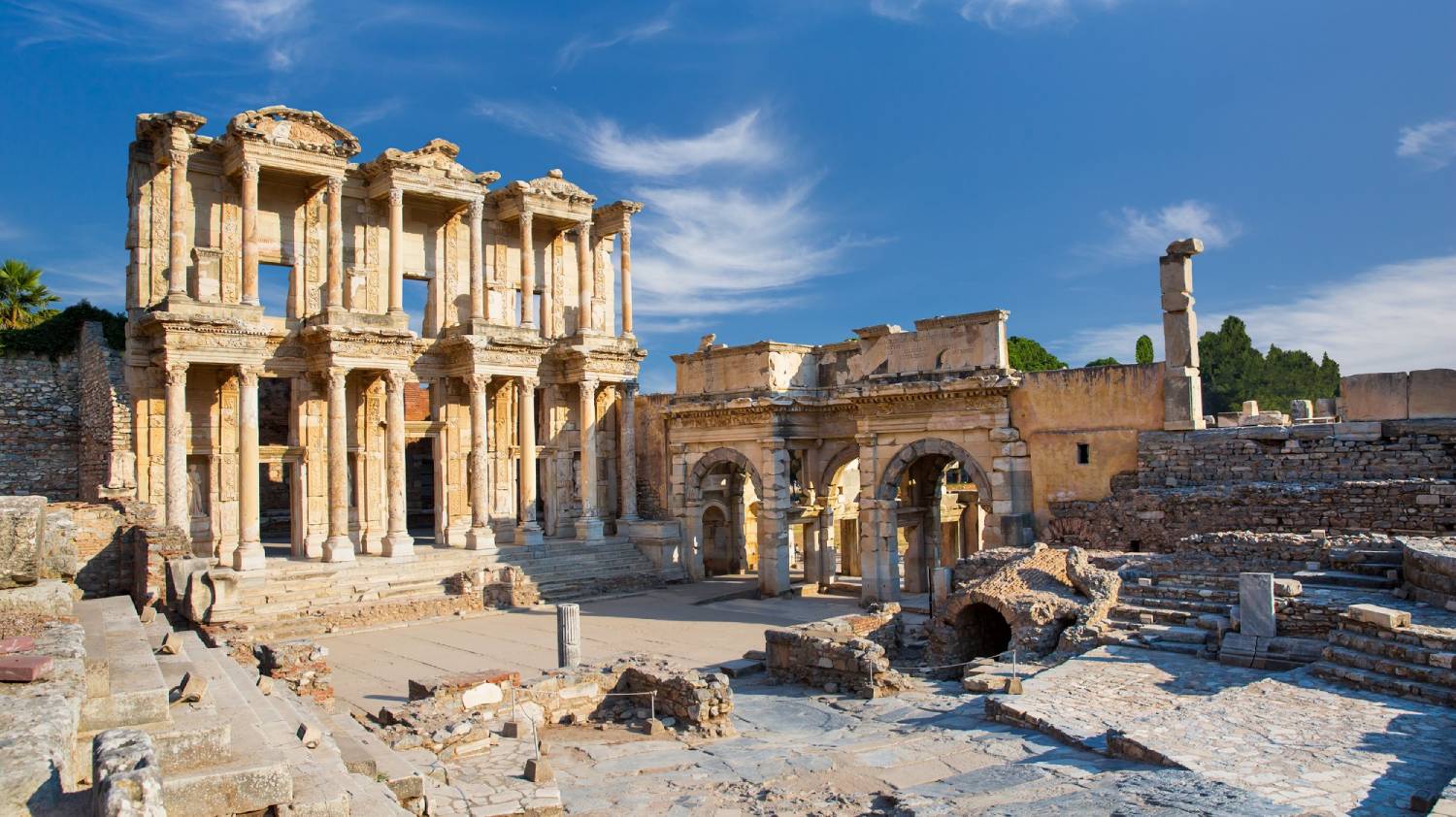 Ephesus (Efeze) is one of the seven wonders of the ancient world and is a magnet for curious lovers of ancient history. Wander the ruins of a city that was once only second to Rome and had a reputation as a major trade centre, and as you stroll, absorb the history back to the tenth century BC, through the ruins of the Terrace Houses, the Temple of Artemus, and the Library of Celcus. Take a day trip from towns like Kusadasi or fly from Istanbul on a day tour! 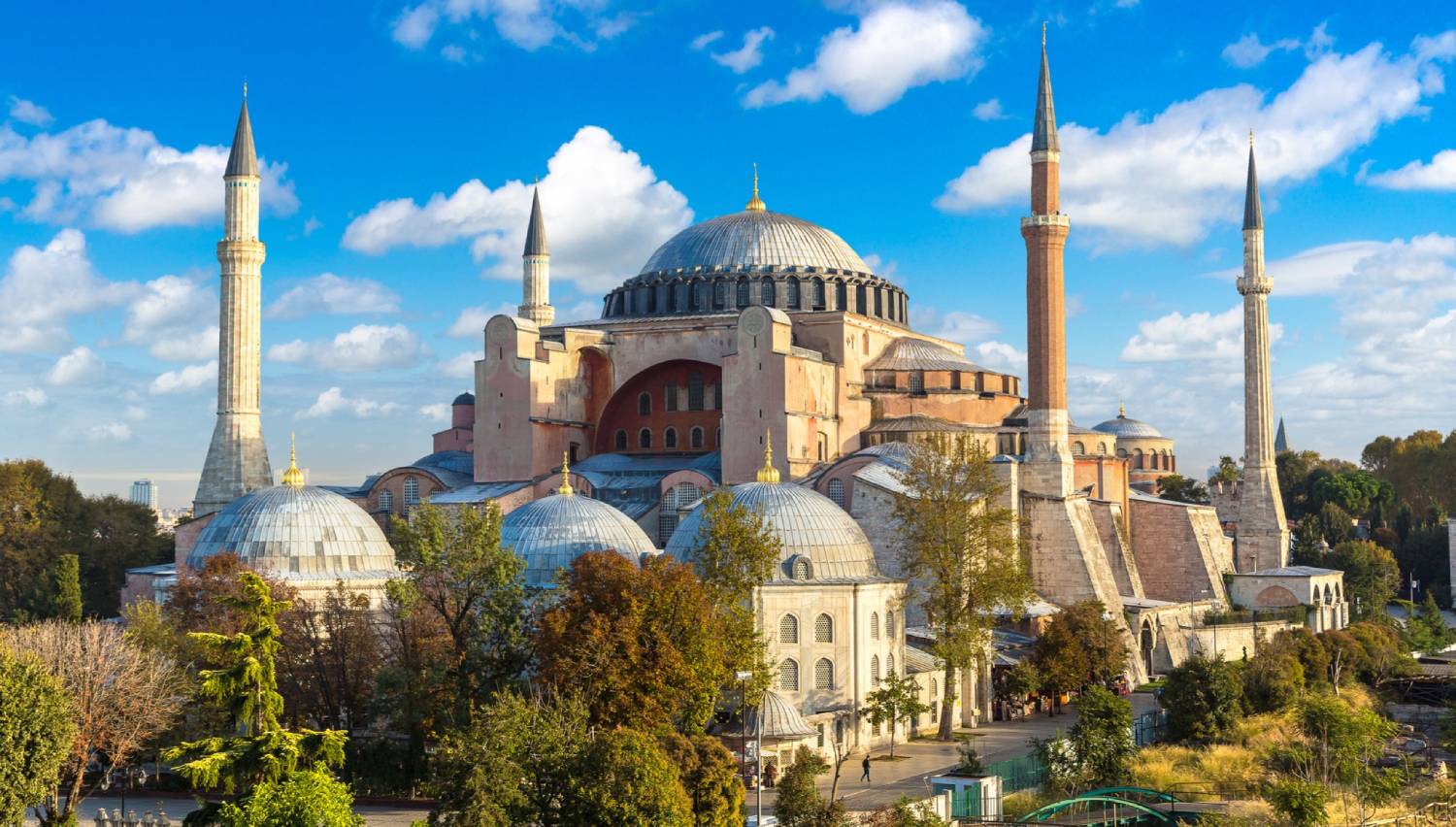 Originally constructed as a place of worship, Hagia Sophia must surely be one of the most beautiful buildings in the world. Located at Hagia Sophia Square, it is now a museum with fascinating displays of past church objects and artefacts from tombs. The architecture of the building is awe-inspiring, with extensive use of domes and minarets, and as you meander through the museum, you will see the magnificent mosaics and use of tiles. This is a building that just be seen to fully appreciate its beauty. 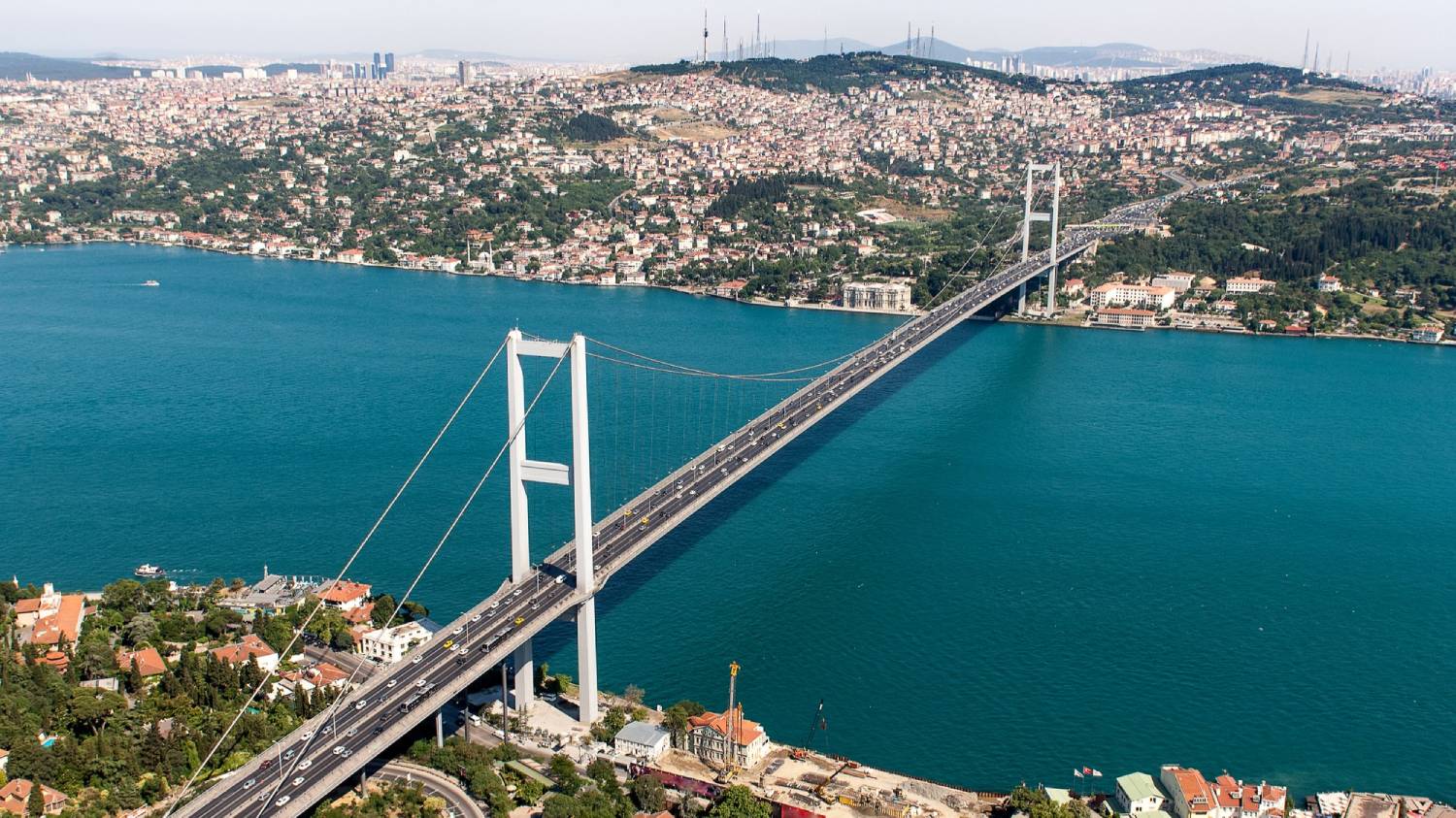 As you tour Istanbul, take time to gaze upon the Bosphorus Bridge. Built in 1973 and spanning 1560 metres, it was the first bridge since 480BC to link Asia with Europe! Try to view it at night, when a kaleidoscope of colour lights up the bridge in a spectacular show. While an essential part of the city’s transport, the bridge is only open to pedestrians in October, for the running of the only marathon that crosses continents! 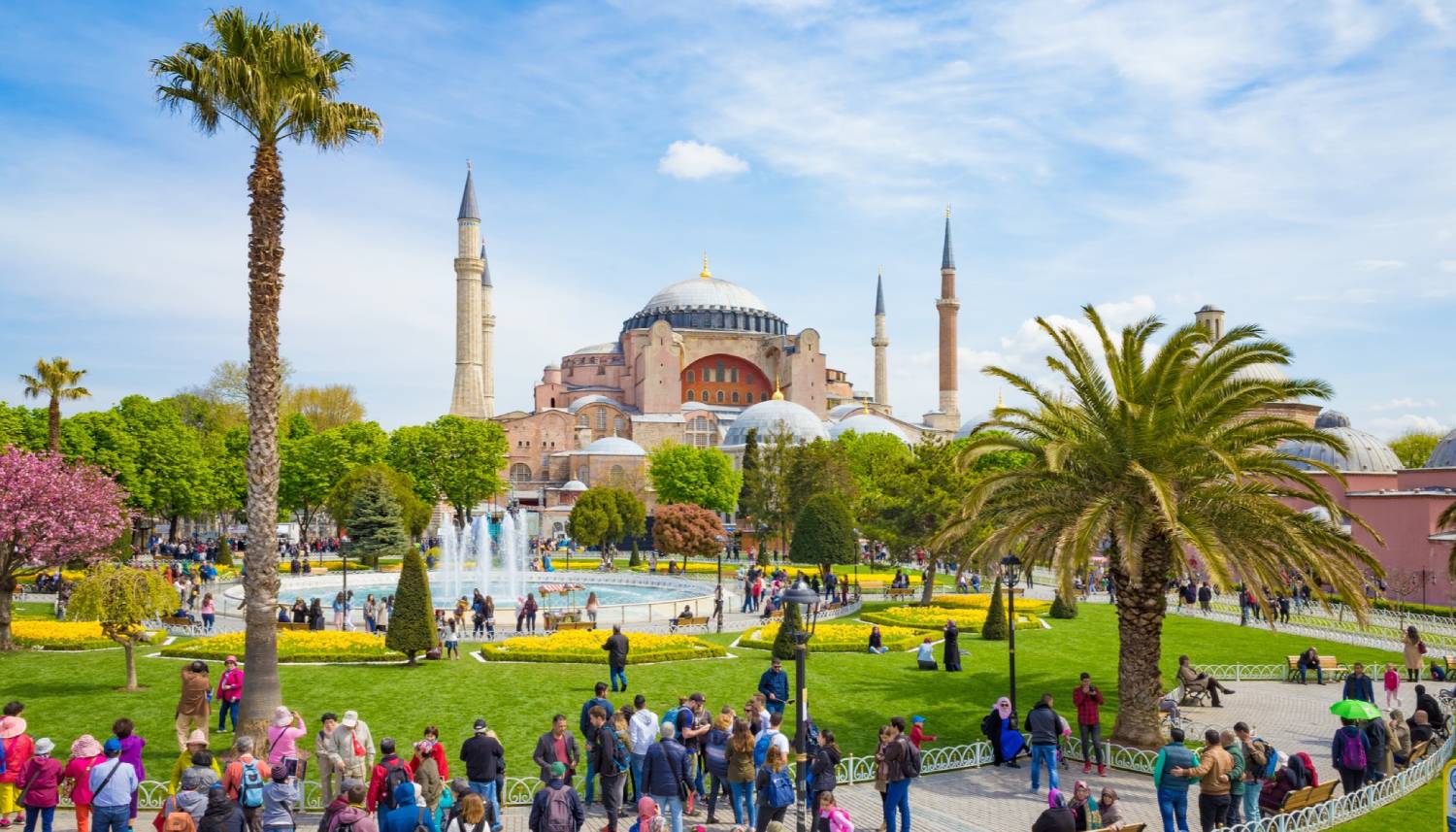 Visit another world by immersing yourself in the Sultanahmet District of Istanbul. Here the modern-day world takes a back seat to the beauty and grandeur of the past. Of course, while in the district you will visit many iconic attractions, but also take time to just stroll and appreciate the atmosphere that this intense collection of marvels creates. Have a meal and a drink, go shopping, and maybe find that perfect memento to remember your trip with. 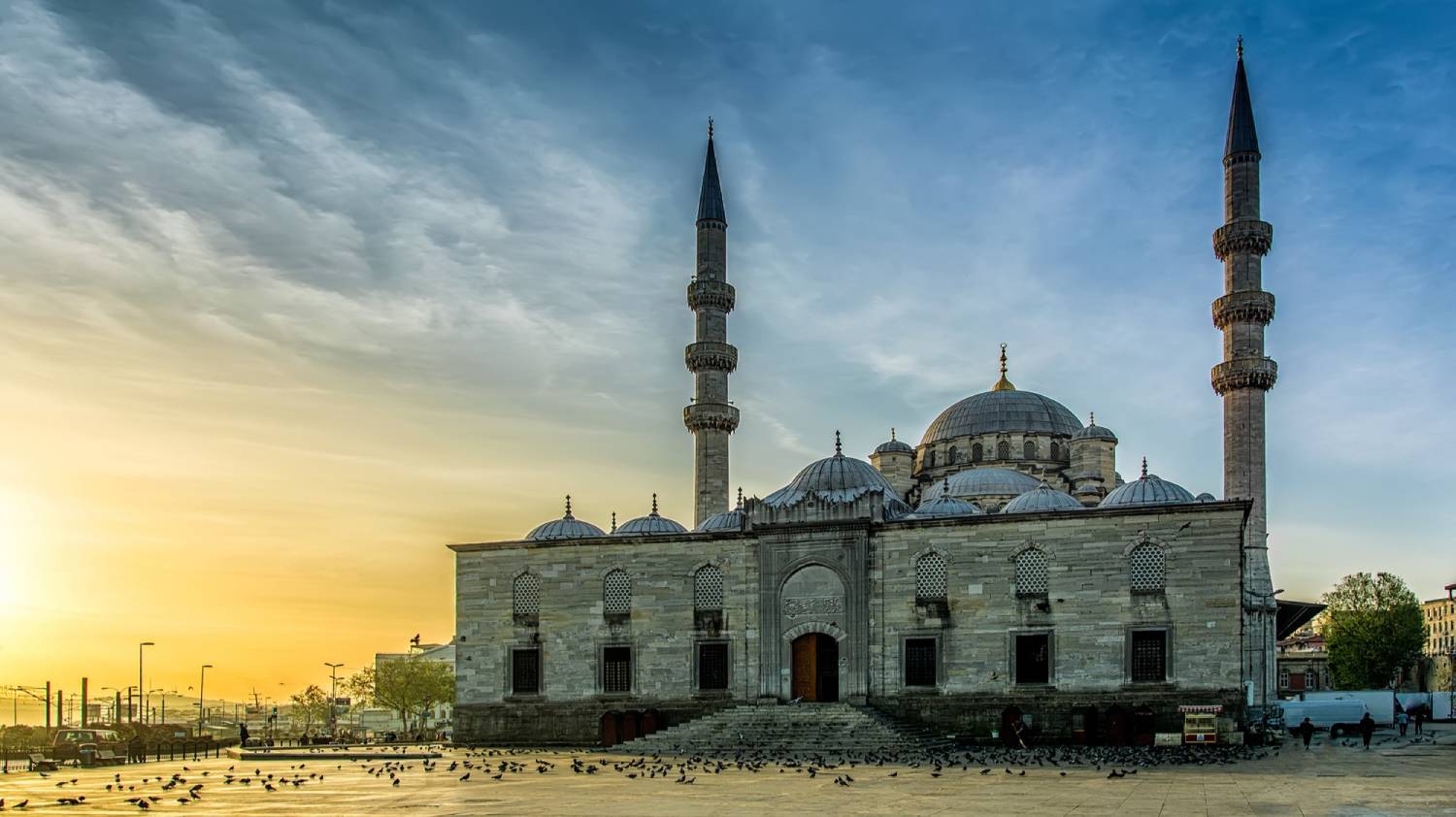 It is a sign of the depth of Istanbul’s history when the New Mosque (Yeni Cami) is mere 400 years old. You will find this mosque at the southern end of the Galata Bridge, and you will be awed by its spectacular construction – designed using 66 domes and semi-domes up to 36 metres high in a pyramid formation. Stroll through the large courtyard and admire the interior decoration with blue, green and white Iznik tiles, as well as its extensive use of marble. 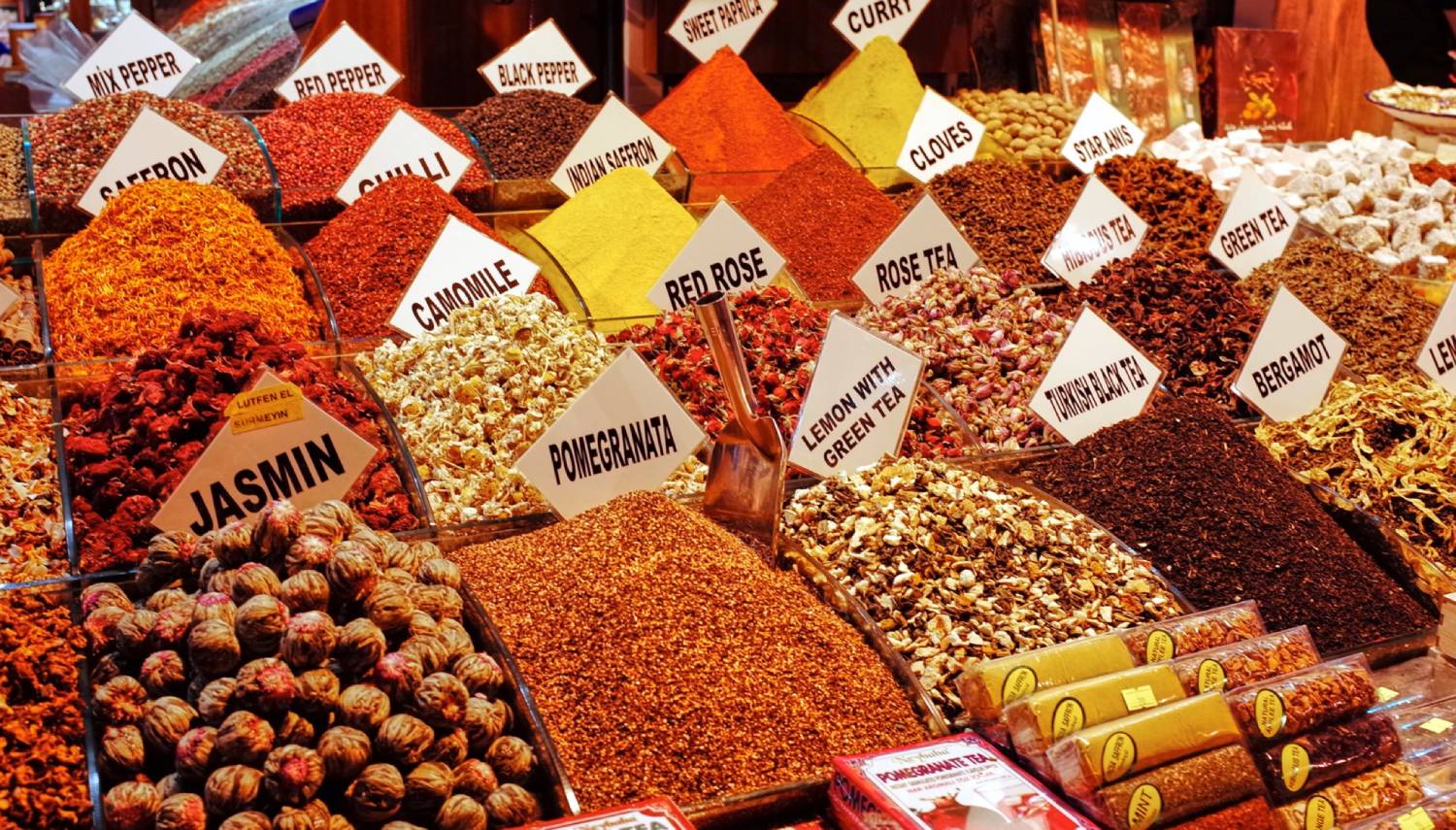 Follow your nose to the Egyptian Spice Bazaar, located in the Eminonu district of Istanbul. This enormous covered market has served the city since 1660, and the flavours and aromas of the wares have infused and become one with the bazaar. Stroll row after row of stalls and take in the wonderful variety of the foods on offer. Relax and enjoy in the vibe of this great city, stock up on Turkish delight, and maybe find a memento to take home! 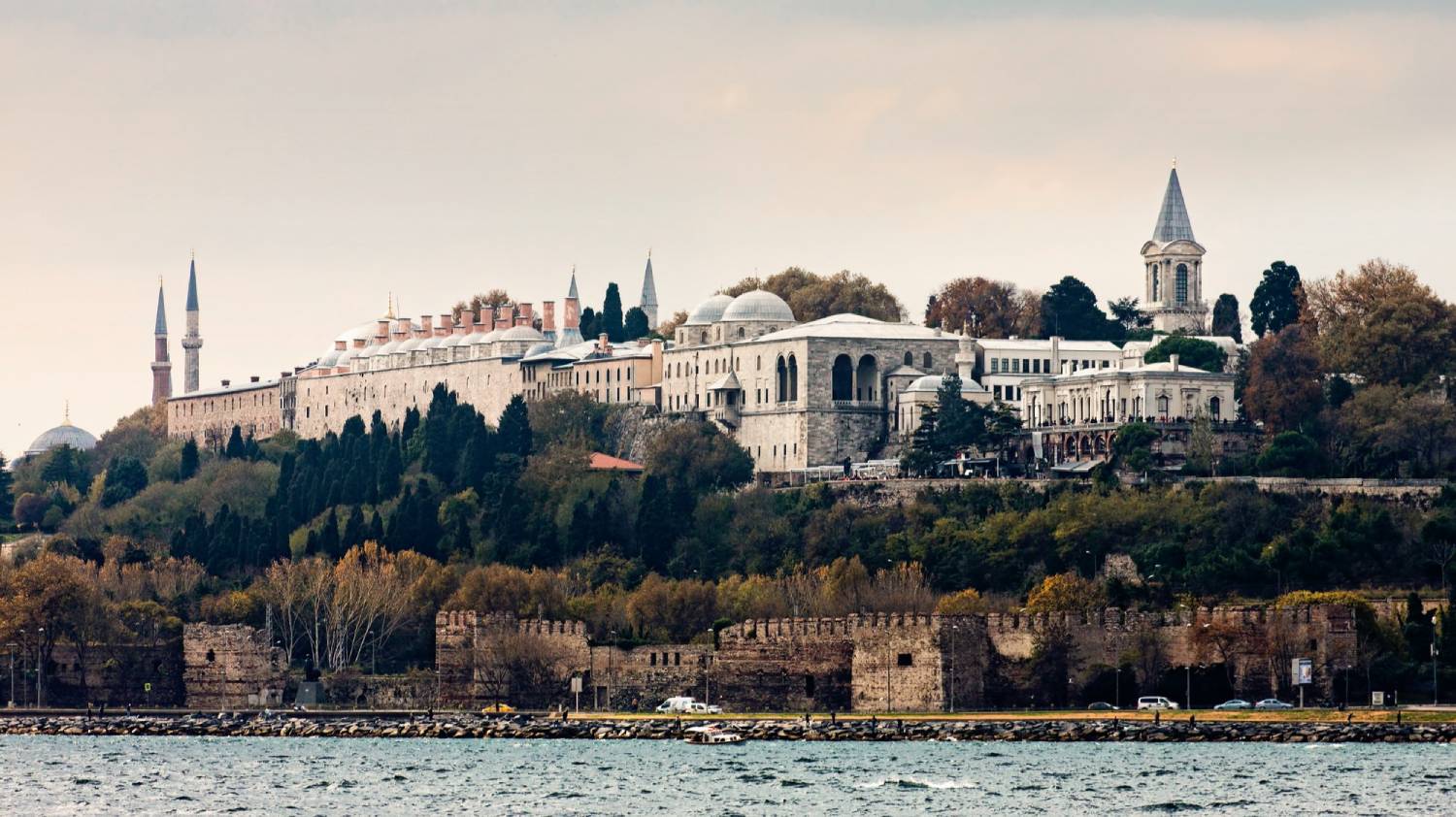 Visit Topkapi Palace – near Sultanahmet Square – for a snapshot of the culture and lifestyles of Sultans dating back to the fourteenth century. Topkapi Palace was used as a residence for Ottoman Sultans for over 400 years, and as you take the tour you will see fascinating collections of weapons and utensils from this bygone era. Admire the intricate details of the furnishings these lavish palaces enjoyed, stroll through the squares and the gardens, and tour the Harem section on this magnificent day out. 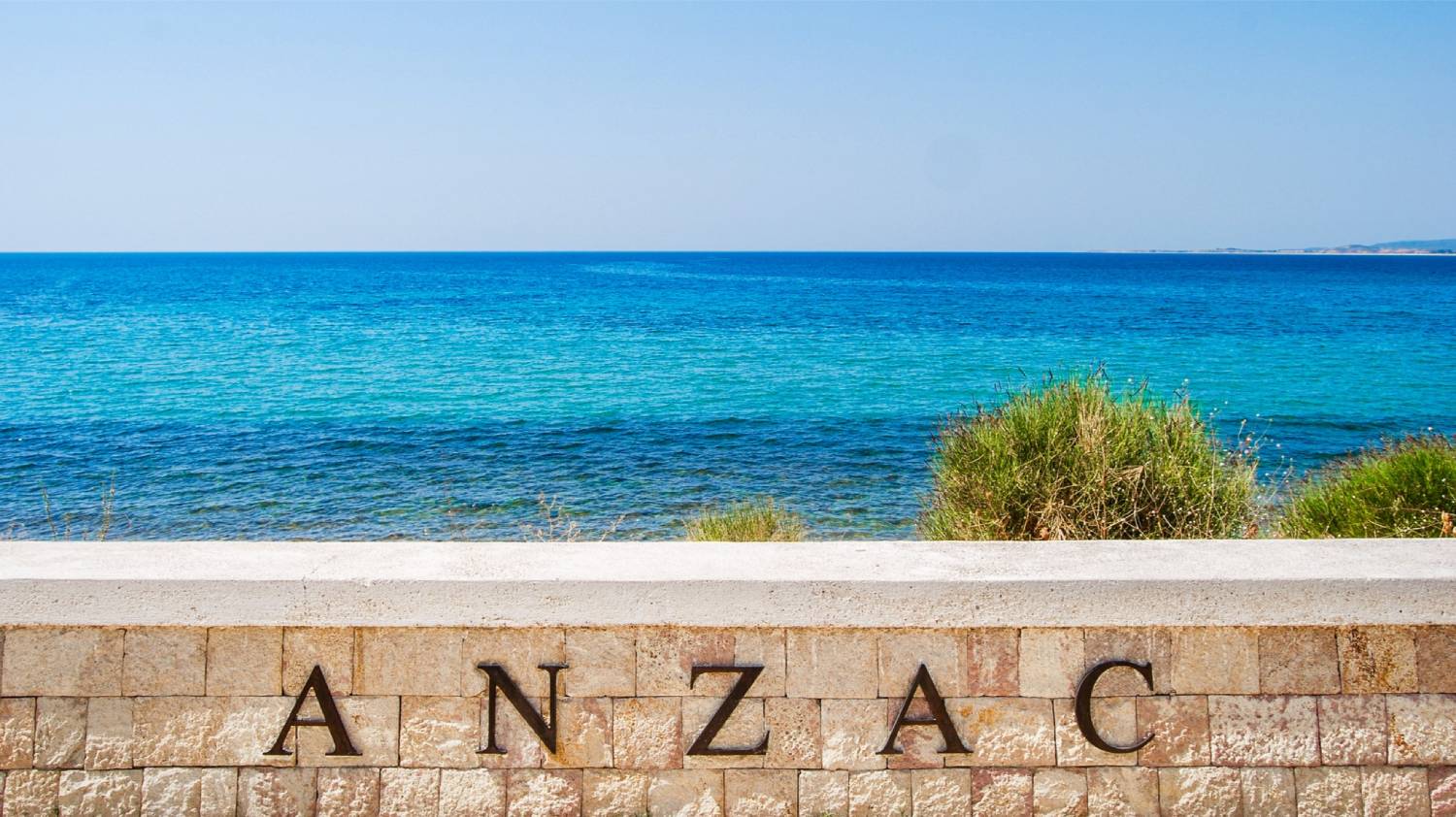 For people interested in history – particularly Australians and New Zealanders – Anzac Cove is a place to honour fallen soldiers. This small cove was the site of the bloody Battle of Gallipoli that started on 25 April 1915. The cove – just 600 metres long – was the base for the Australian and New Zealand troops, and symbolises both the tragedy of war the heroics of individuals. Take in the memorials and cemeteries that honour the fallen on both sides of the conflict. 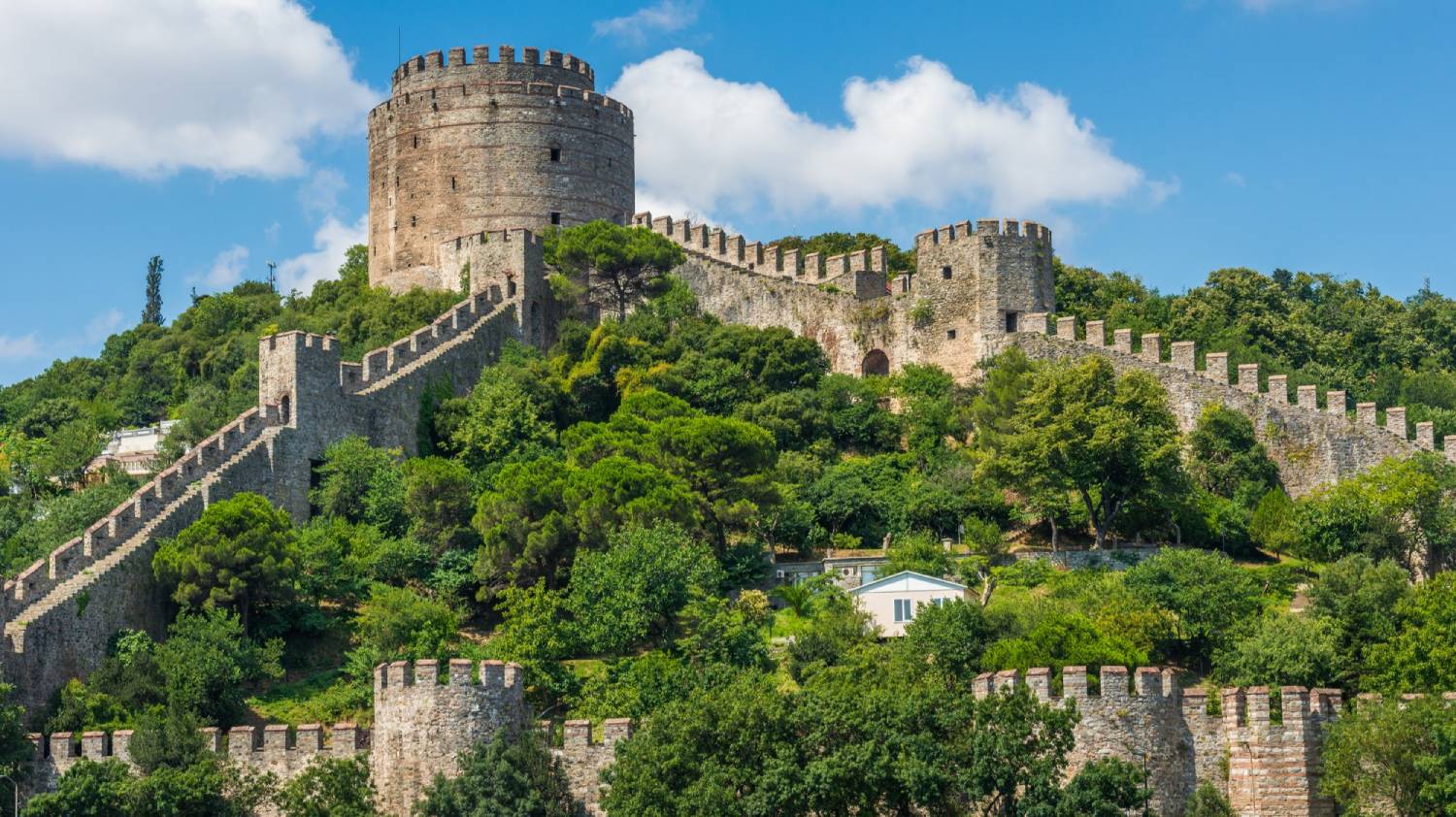 Sitting on the European side of Istanbul, the Rumeli Fortress is a testament to what can be achieved with strong will – the fortress was built in just four months for the siege of Constantinople in 1453. Today, the fortress is an open-air museum and it very much welcomes its visitors! As you wander through the museum, take in the magnificent views of the river and watch the vessels glide by. 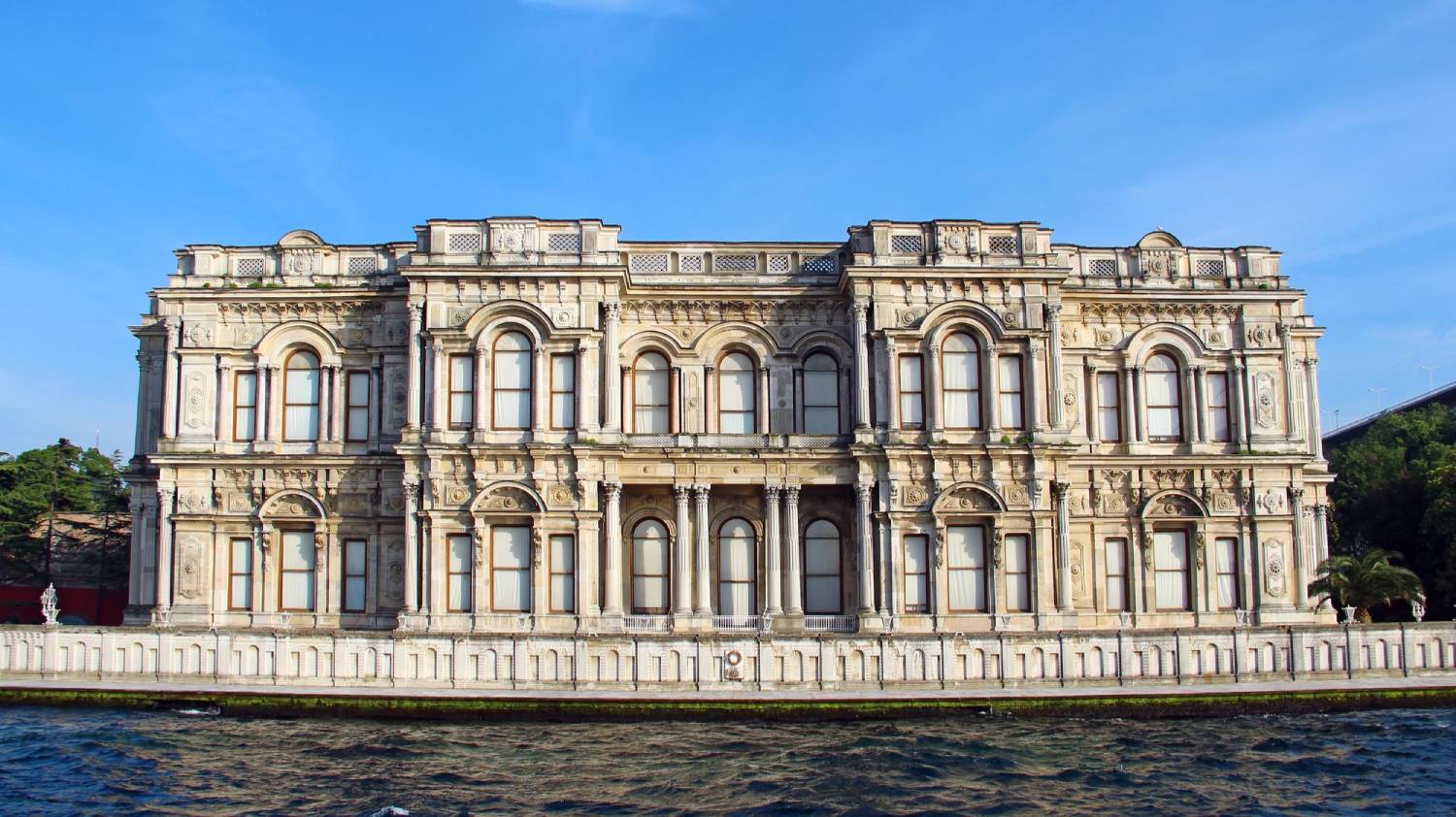 Take time out to see how the Ottoman Sultans spent their summer at the beautiful Beylerbeyi Palace, located on the Asian side of Istanbul. To really appreciate the history and stories behind the grandeur of this blend of western neo-classical and traditional Ottoman design, take a guided tour, or simply meander to view the furniture and decorations of the halls and rooms of the palace. 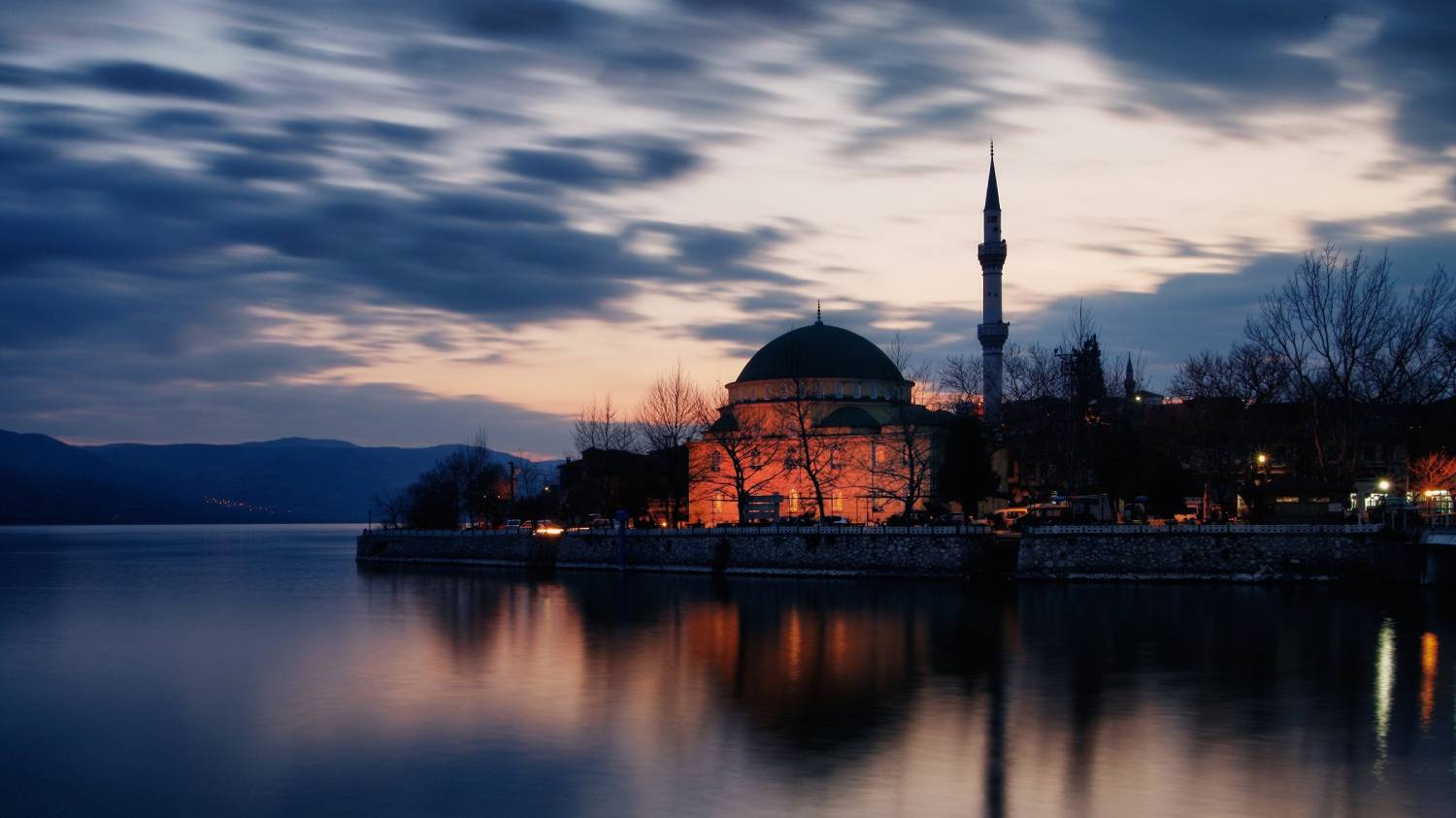 Nestled beneath Turkey’s Mount Uludag, most commonly known as the “Great Mountain”, is the city of Bursa. Scattered with magnificent Mosques and traditional Ottoman architecture, the city is home to some of the most beautiful thermal spas in the country as well as its magical bazaars and marketplaces.