The Best Things To Do In Ho Chi Minh City

Some cities never sleep but remain constantly in motion set to a centuries old rhythm which can be felt in graceful traditional monuments, serene parks and stately museums. Just like Ho Chi Minh City. Vietnam’s largest city and primary economic hub actually started out as a Khmer town before the switch which saw it become Vietnamese. Located close to the Mekong Delta, in the country’s southeast, it is situated to the south of Tây Ninh and Binh Long, and north of Vung Tau and Tan An.

In keeping with its reputation as one of Vietnam’s busiest cities, Ho Chi Minh City is actually the location of the nation’s busiest airport, Tan Son Nhat. And thanks to its being a key flight hub, planning a trip to this city which is constantly on the move is really convenient, particularly if you happen to be arriving from other major cities. The capital Hanoi is slightly over 2 hours away by air while Nha Trang with its waterfalls and beaches is a lot closer with a flight trip lasting slightly over an hour. Once you arrive in the city you will find taxis to be in abundant supply and a convenient means of getting around. Xe oms or motorcycle taxis are also a highly popular option as well as the tricycle taxis referred to as cyclos which provide a charming means of getting to discover Ho Chi Minh City.

One of the best places to get a feel for the culture of this energetic, turbo charged urban center is the Museum of Vietnamese History. There you will be able to view ancient artifacts from not only Vietnam, but other regions as well and have a great time learning all about the intriguing history of this coastal nation which actually spans millennia. For a touch of adventure, a tour of Cho Lon, the city’s Chinatown comes highly recommended. And it is actually quite possible to book a tour which is an amazing way of discovering the quarter’s hidden gems while having loads of fun. Cho Lon is also home to the bustling Binh Tay Market and you will be able to treat yourself to tasty snacks and street food as well as beautiful souvenirs and come away with sharpened haggling skills. 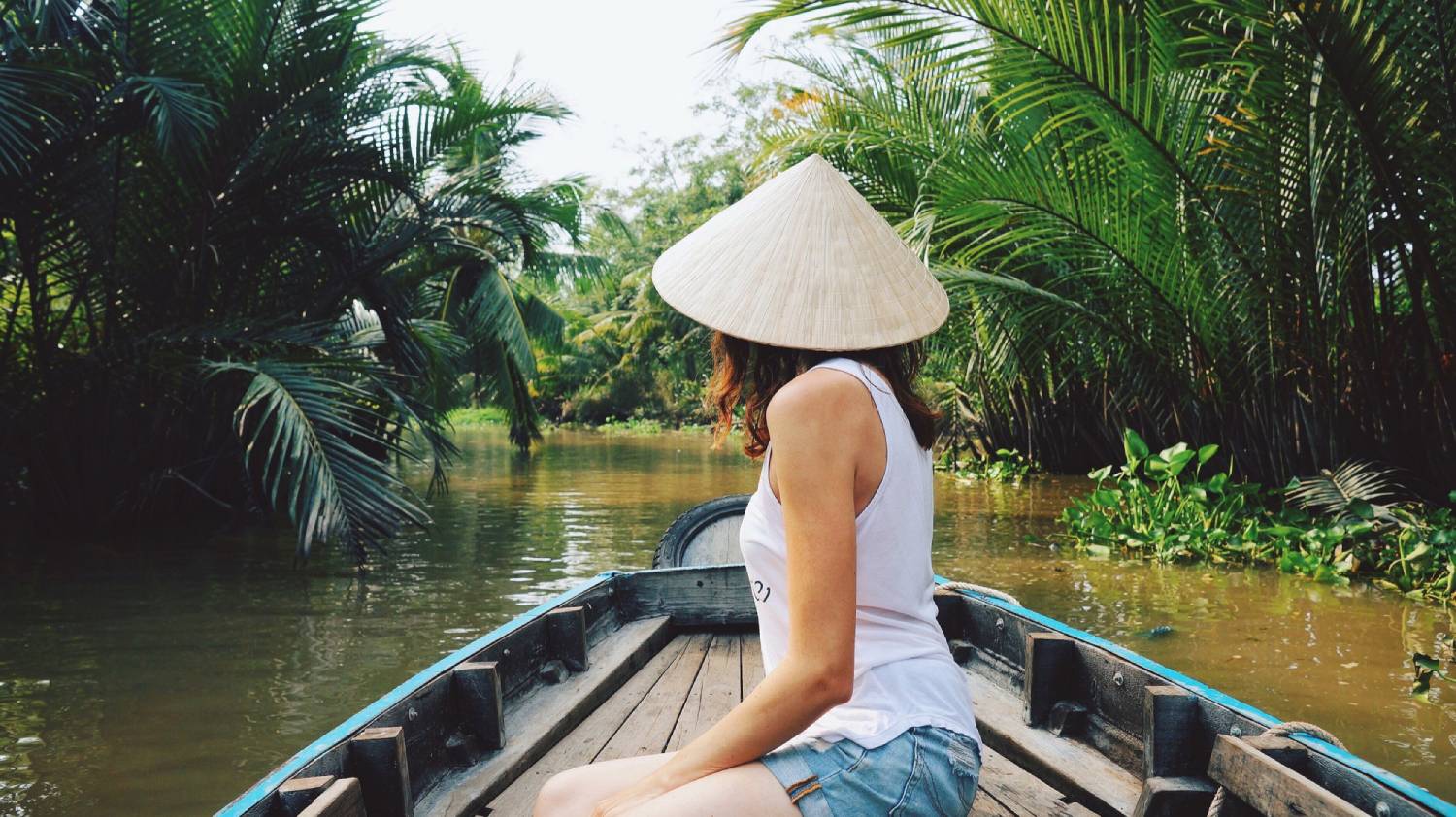 Relax for a while and explore a more mystical part of Vietnam, on a cruise along the Mekong River. This mighty source of precious water sprawls over 2,700 miles, and sustains the country’s fishing and agriculture industry, as it has for centuries. You will see the rural culture and magnificent scenery, with a much needed break from the hustle and bustle of the cities! 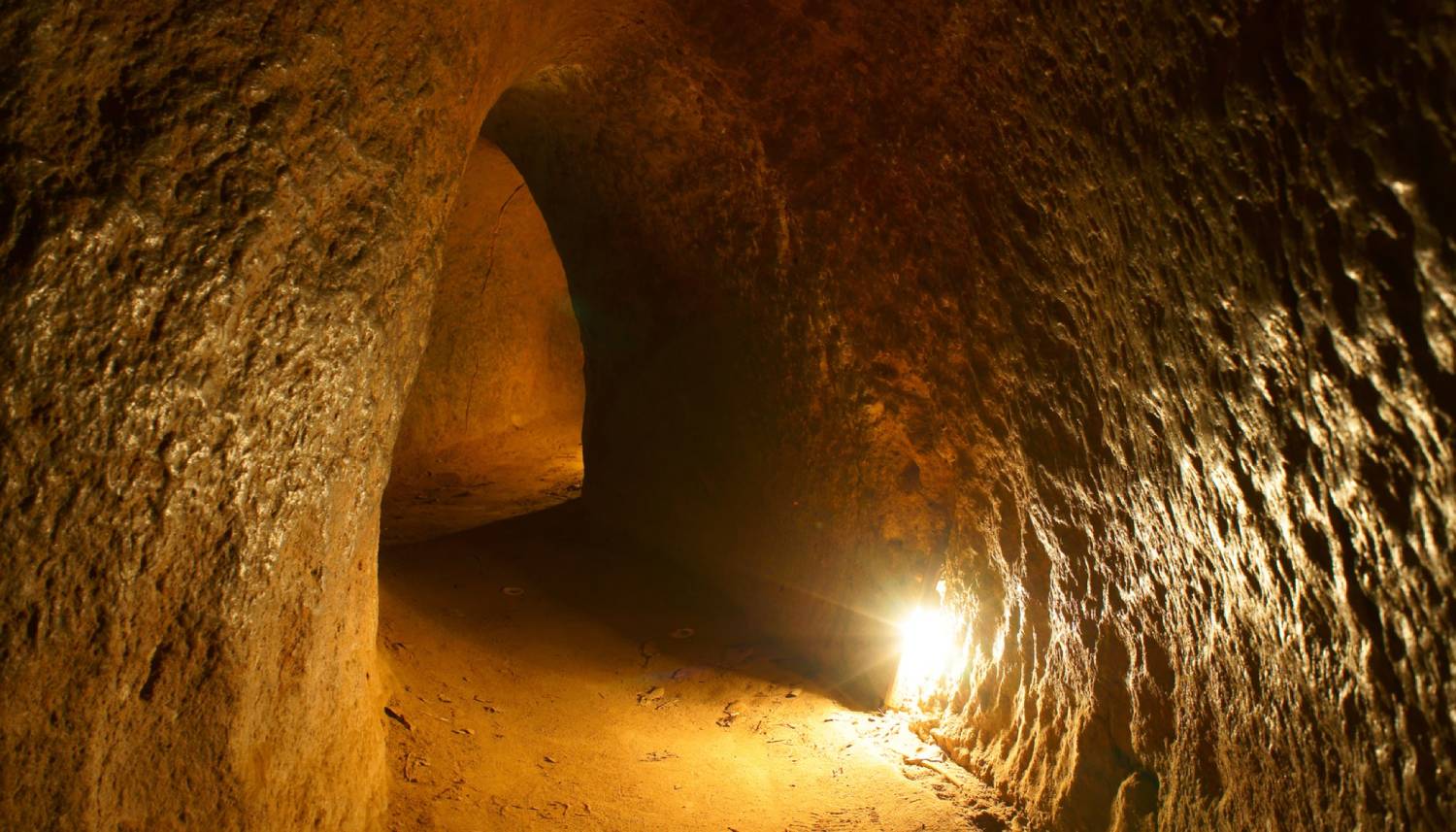 Visit the Cu Chi Tunnels and see the amazing engineering feats and the living conditions that the country has achieved – and endured – since the 1940’s. First built by the Viet Cong as a defence against the French, the network of tunnels steadily expanded to stretch over 200 kilometres by the Vietnam War. The tunnels included hospitals and even living quarters, so take the time and go exploring today! 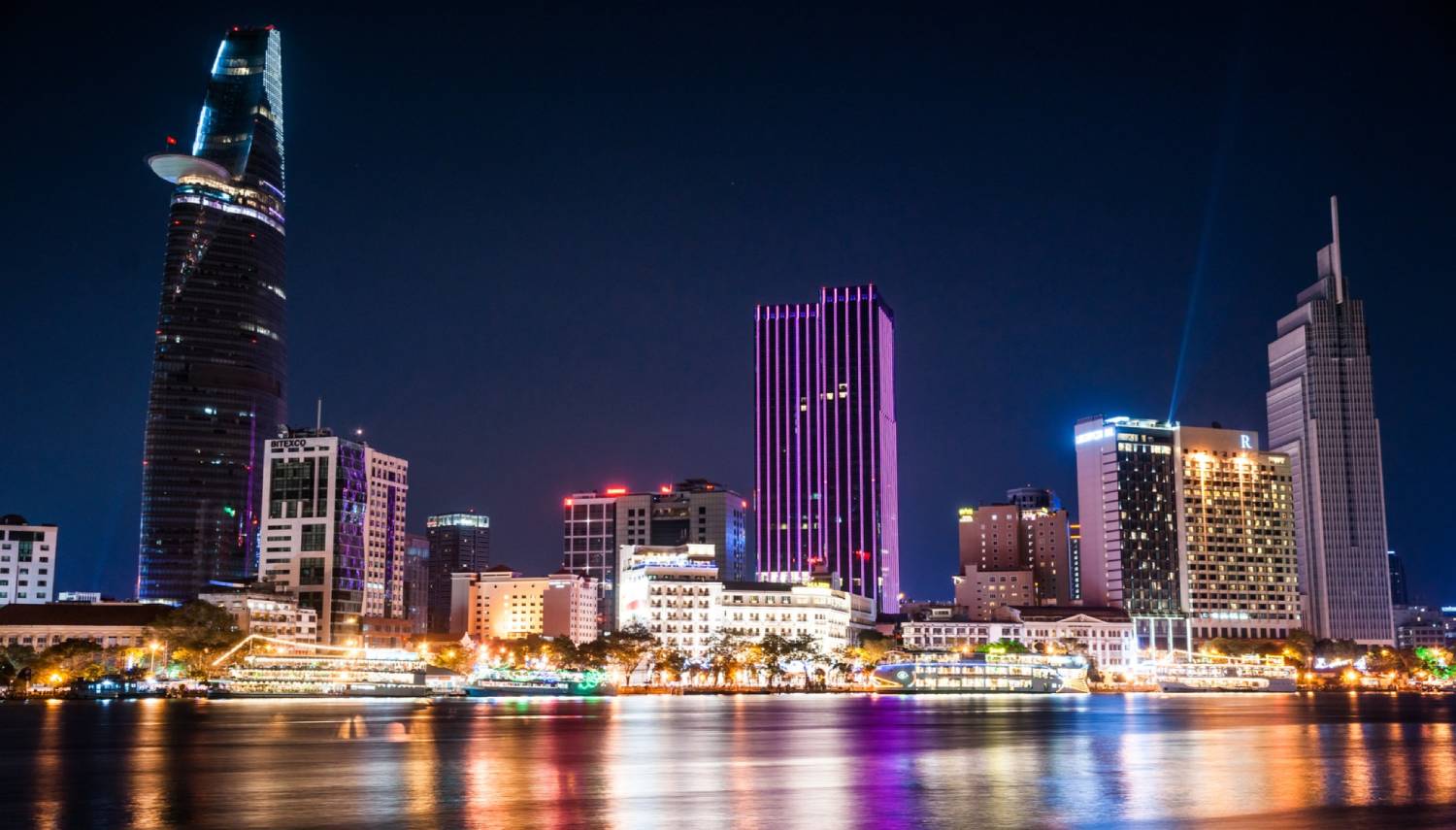 The Saigon River has been crucial to the livelihood of the country, right throughout its history. Take a river cruise, and as you glide along its waters, you’ll quickly leave the hustle and bustle of the modern city and experience the calm and beauty of the rural countryside, which has largely unchanged over the decades. Not just for cruising, you can also use the river to reach many of the city’s landmarks, such as the Cu Chi Tunnels! 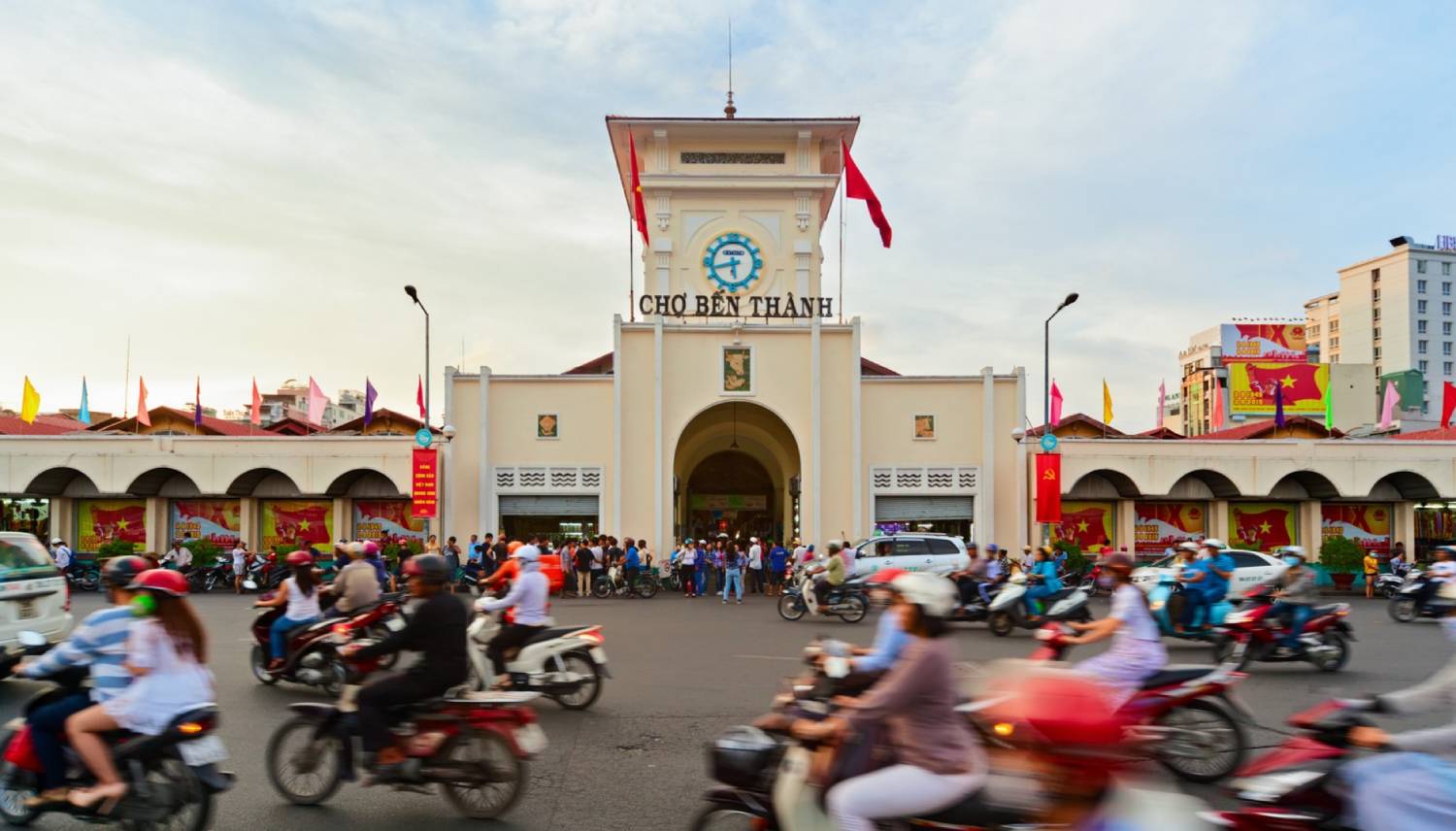 Join the locals each evening as they head to the Ben Thanh Markets to do their shopping! Breathe in the rich aroma of the spices and wander through the countless food stalls exploring the common – and not so common – foods on offer. You will find a vast array of goods on sale, so head down and watch the locals stock up their homes! 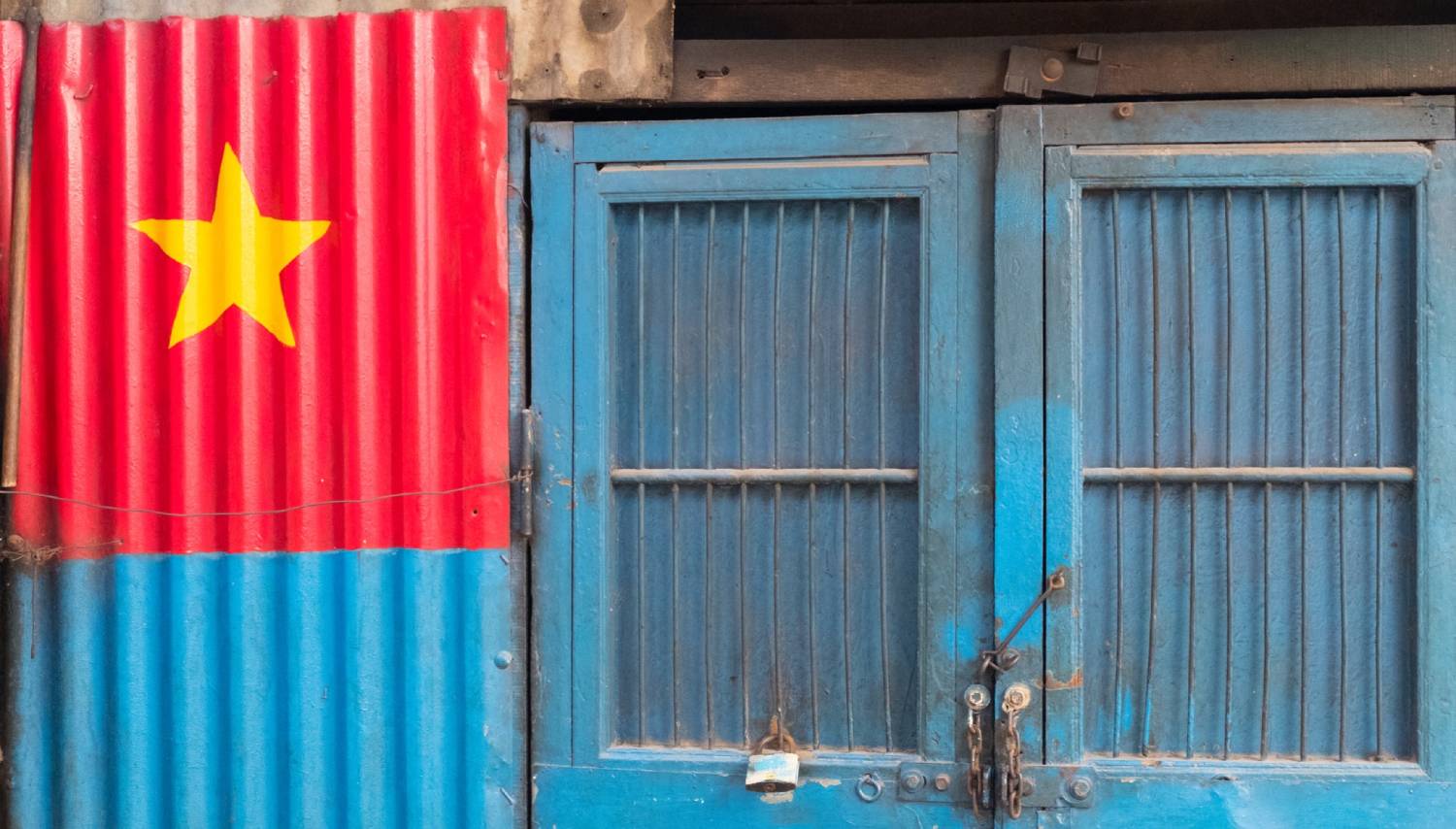 Come to the Chinatown of Ho Chi Minh City, and explore the architecture and the temples that are scattered throughout the neighbourhood. Make sure you visit the Quan Am Pagoda – a traditional Buddhist temple – and relax in its exquisite gardens and courtyards, then head to the famous Binh Tay Market to bargain for that special memento. At night the restaurants come alive and the entertainment lights up! 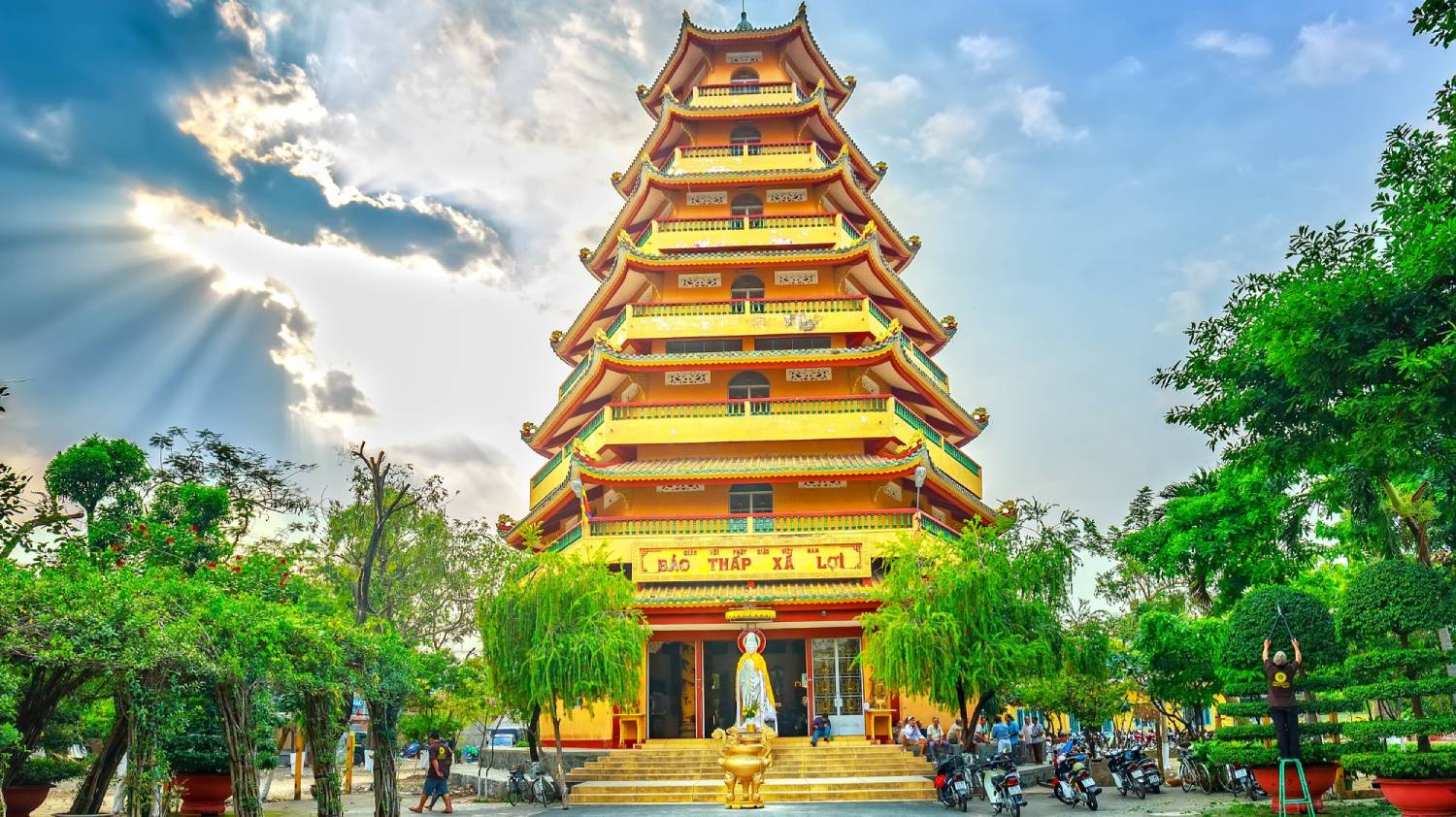 The oldest Buddhist temple in Ho Chi Min City is that of Giac Lam Pagoda. Originally built in a rural setting back in 1744, over the years it has slowly been engulfed by the city skyline. Explore the large temple, and as you wander through the gardens there are over one-hundred statues to admire! 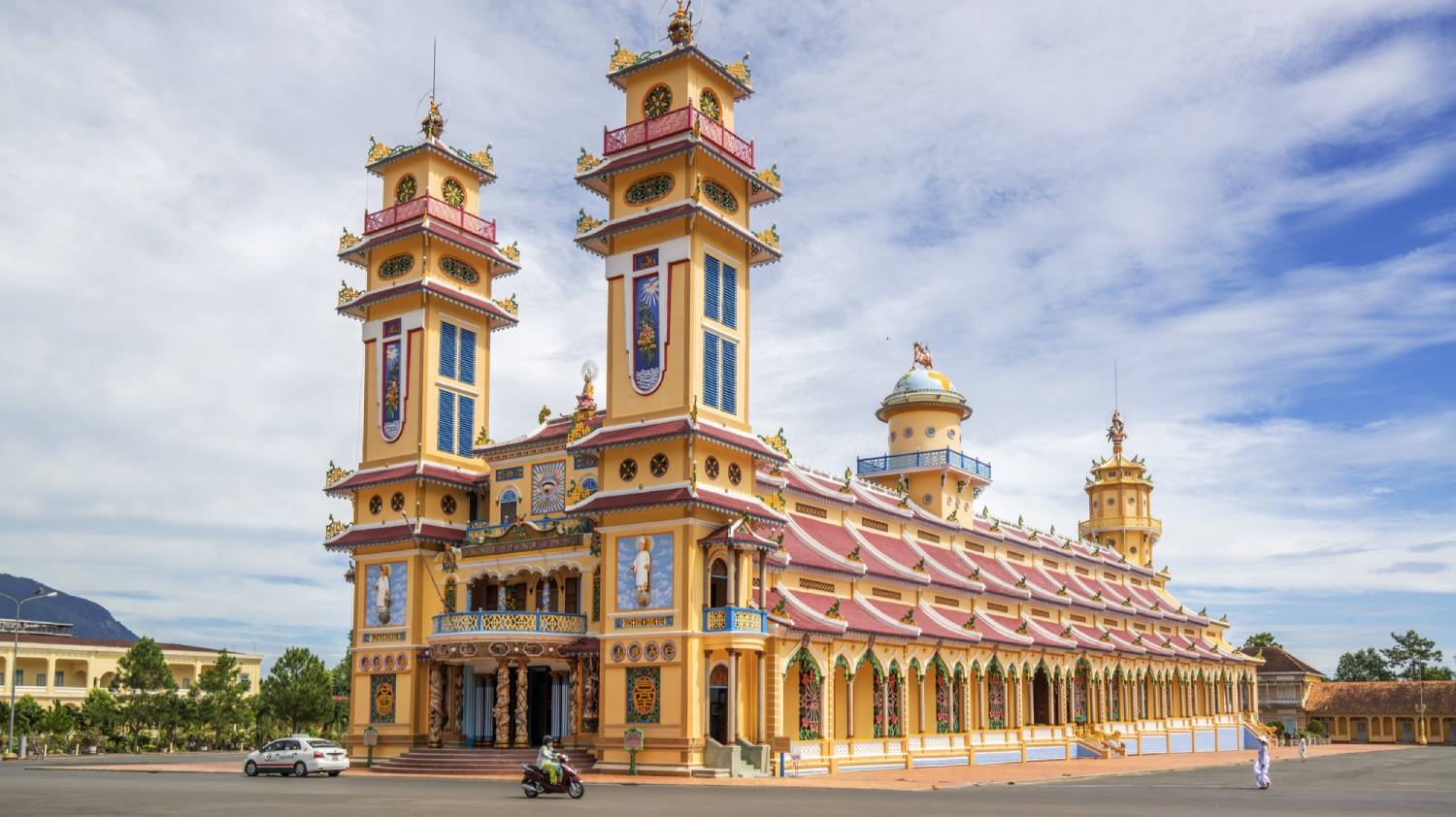 Honouring all religions, the Cao Dai Temple is a stunning blend of architectural styles, typically seen in cathedrals, mosques and pagodas. Explore its beautiful design, and wander through the temple admiring the colourful decorations, dragon wrapped pillars and magnificent statues. The temple is a kaleidoscope of colour, and a highlight is to respectfully observe prayers, which occur mornings and afternoons. 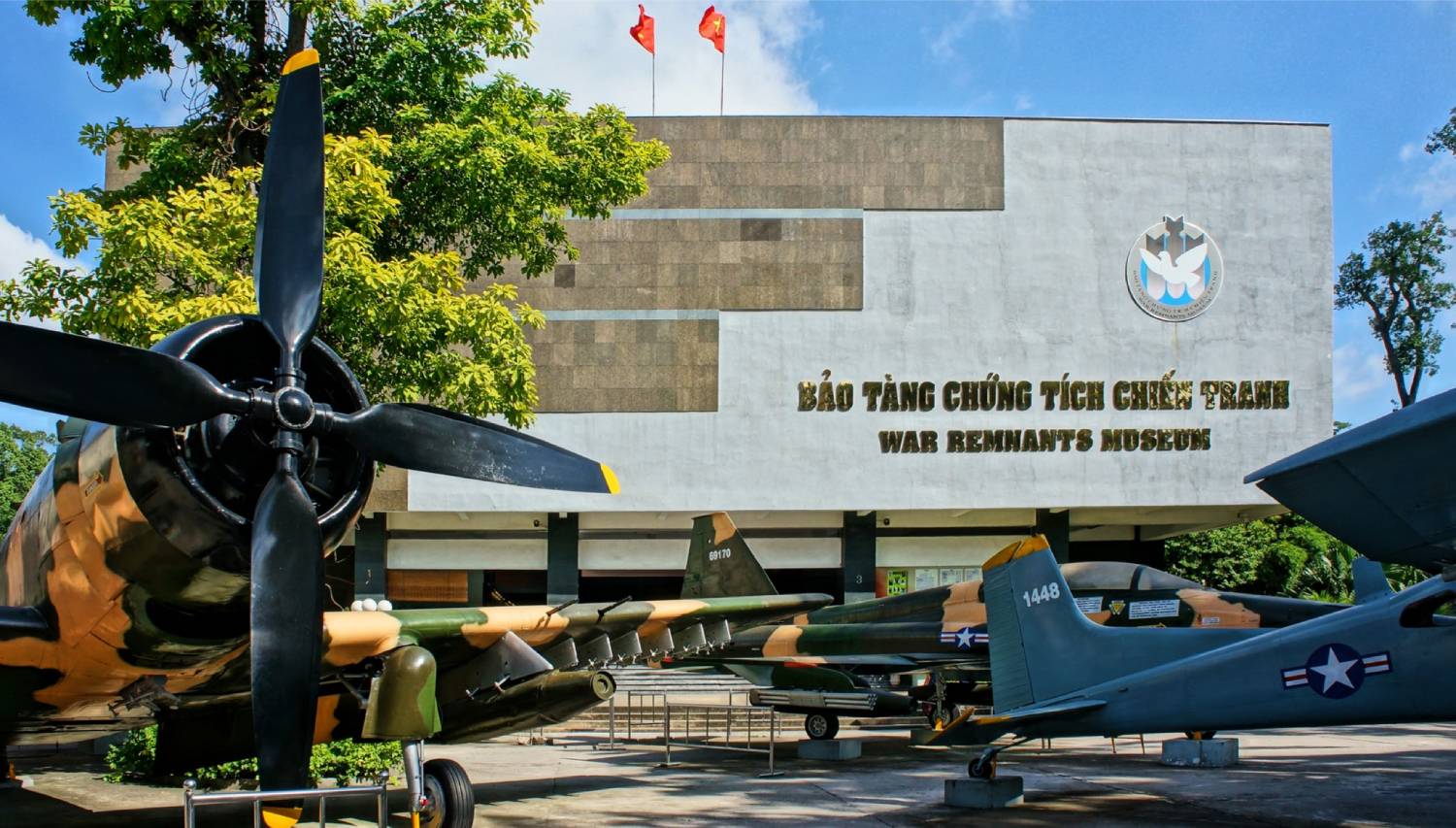 Stirring, confronting, and enormously informative; a visit to the War Remnants Museum will show you what war is really all about, with all of its horrors on display for everyone to see. In the courtyard of the museum is a large display of military hardware, including tanks, helicopters and planes. And inside, a series of exhibits and displays – spread over several floors – which takes the visitor through the history of the Vietnam War, including the terrible consequences that came with it. 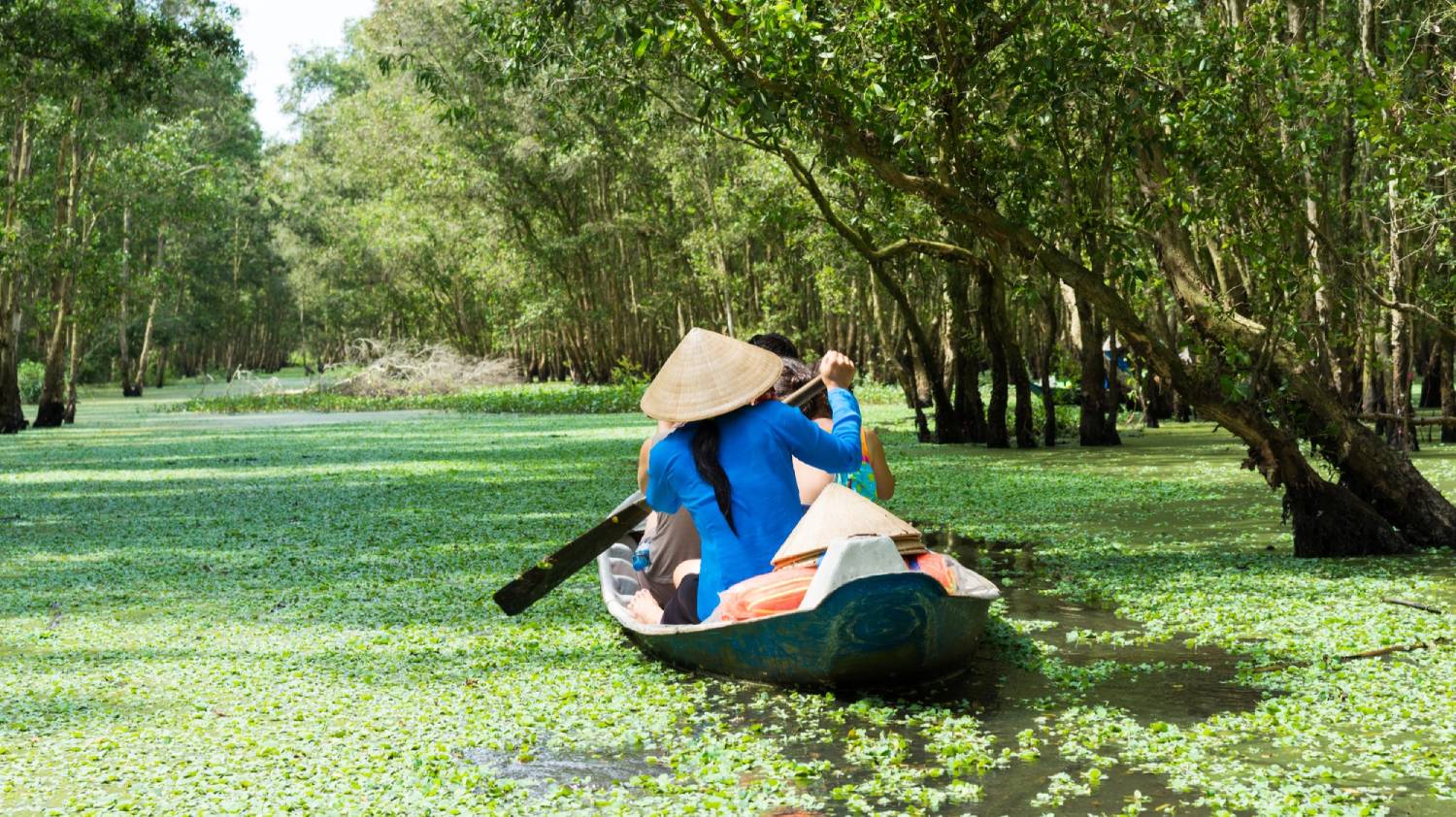 The Mekong Delta covers an area of approximately 15,000 square miles (40,000 square kilometers) to the west of Ho Chi Minh City.The Mekong Delta is where the mighty Mekong river completes its 2,700 mile (4,300 km) journey from the Tibetan plateau and empties its riches into the South China Sea.