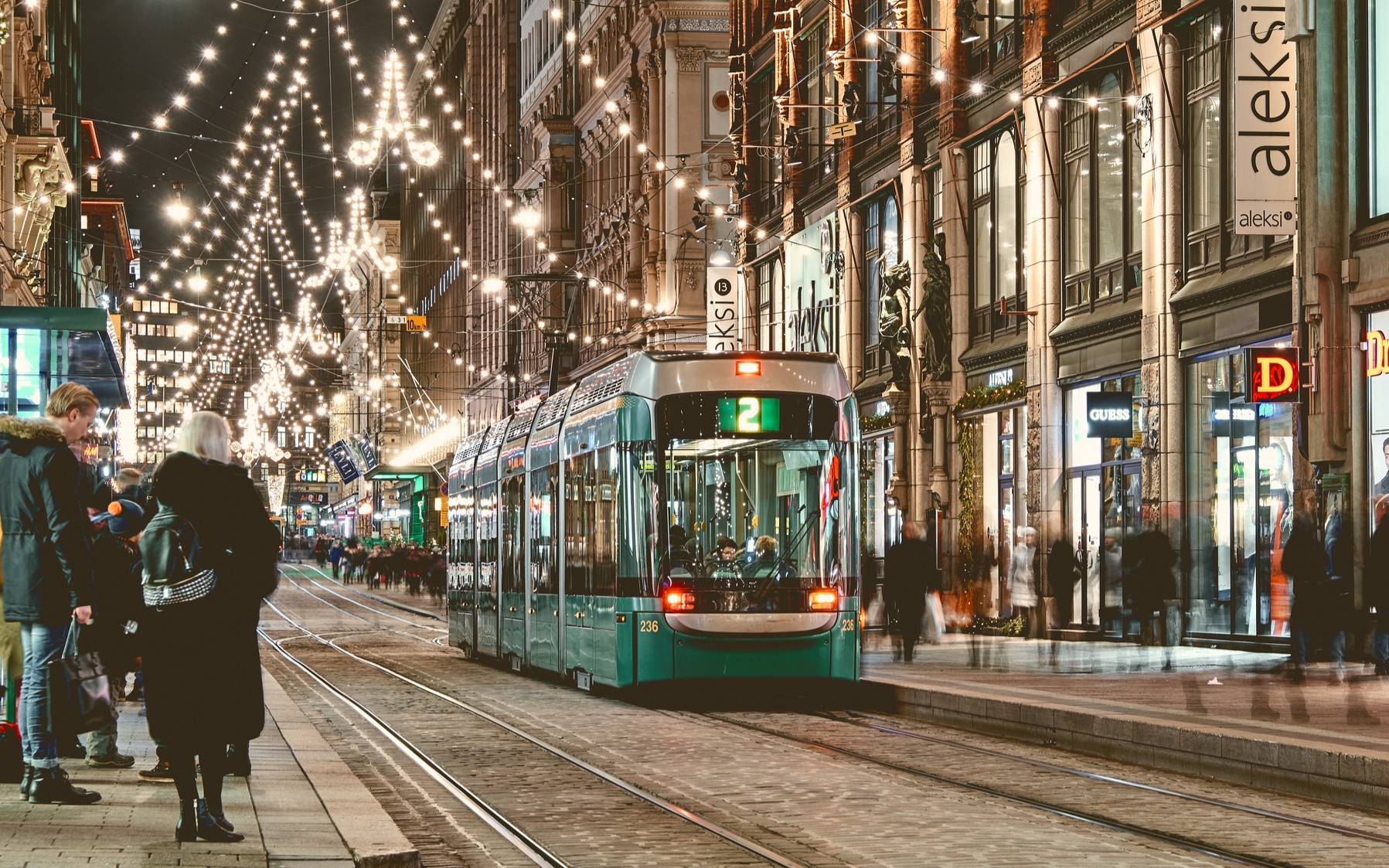 The Best Things To Do In Helsinki

It was once meant to be a replica of St. Petersburg, but has come into its own several decades later. One of Europe’s most beautiful cities, it is known for its laid-back ambience, friendly locals and exhilarating festivals. Finland’s capital and southernmost city is situated on the shores of the Baltic, almost directly facing the Estonian capital, Tallinn which sits across on the opposite shore. It also lies to the southeast of Turku while Porvoo and Kouvola are located to its northeast. Holidaying in Helsinki comes with several perks including exploring the vast, awe inspiring Suomenlinna, experiencing the joys of wintry Lapland without having to leave the city and touring its very own archipelago. Best of all the opportunities for discovery and exploring are simply endless ensuring it has just what it takes to provide you with the vacation of a lifetime.

The city’s ultramodern Helsinki – Vantaa International Airport functions as the main flight hub in the region with buses and trains readily available to ferry tourists to the city centre. Visitors who opt for the former option will be able to arrive in Helsinki in half an hour while those who select the latter will arrive only slightly later – after a trip lasting about 40 minutes. The city itself operates a highly efficient transport network with a plethora of options including the metro, bus and overland rail. However, tram remains an extremely popular option for traversing the city centre. One of the very best places to explore Helsinki’s history is the massive Suomenlinna, a vast fortress which extends over seven islands. Fondly referred to as the Gibraltar of the North, this monument to the past is still very much alive with residential quarters, theatres and restaurants set amid its fortifications. It is also the perfect spot for enjoying a picnic in the sunshine on a lovely summer day with friends and family.

Any capital that has its very own archipelago is pretty special. Helsinki’s little island cluster is all the more amazing since each main island has its own features which makes it unique compared to the others. These islets include Vallisaari which is pretty close to Suomenlinna with its forts, Seurasaari with its old Finnish houses filled with traditional crafts and Korkeasaari which is home to an extensive range of fauna which reside in Helsinki Zoo which is its main attraction. 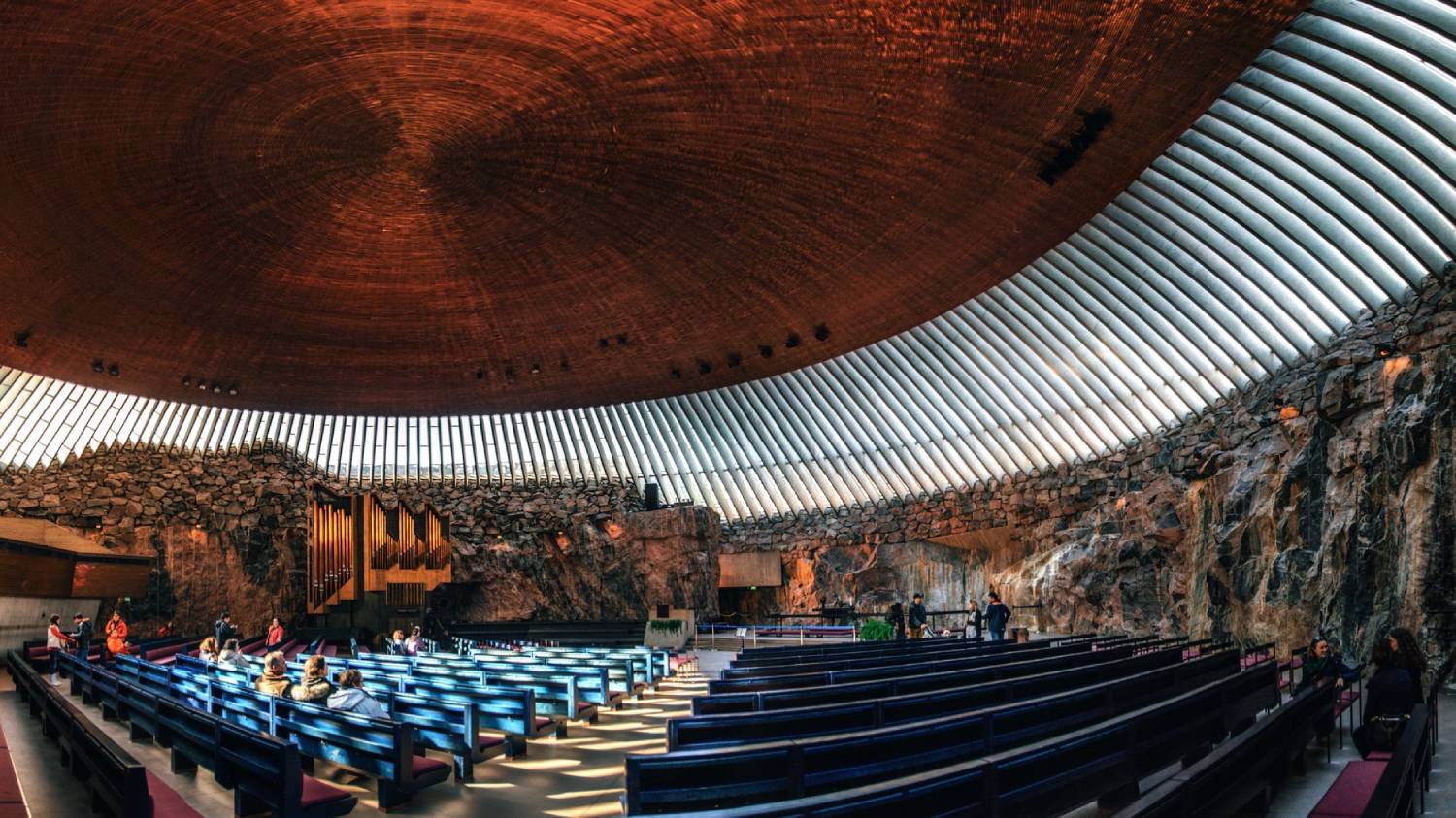 The relatively young Temppeliaukio Church, has quickly gone from its humble beginnings as a controversial project, to the absolute pride of the city. Opened in 1969, the church is built directly into rock, and its 24-metre wide ceiling is completely encased in copper. This church will definitely surprise you, and if you’re lucky enough to catch a concert or recital, the acoustics will amaze! 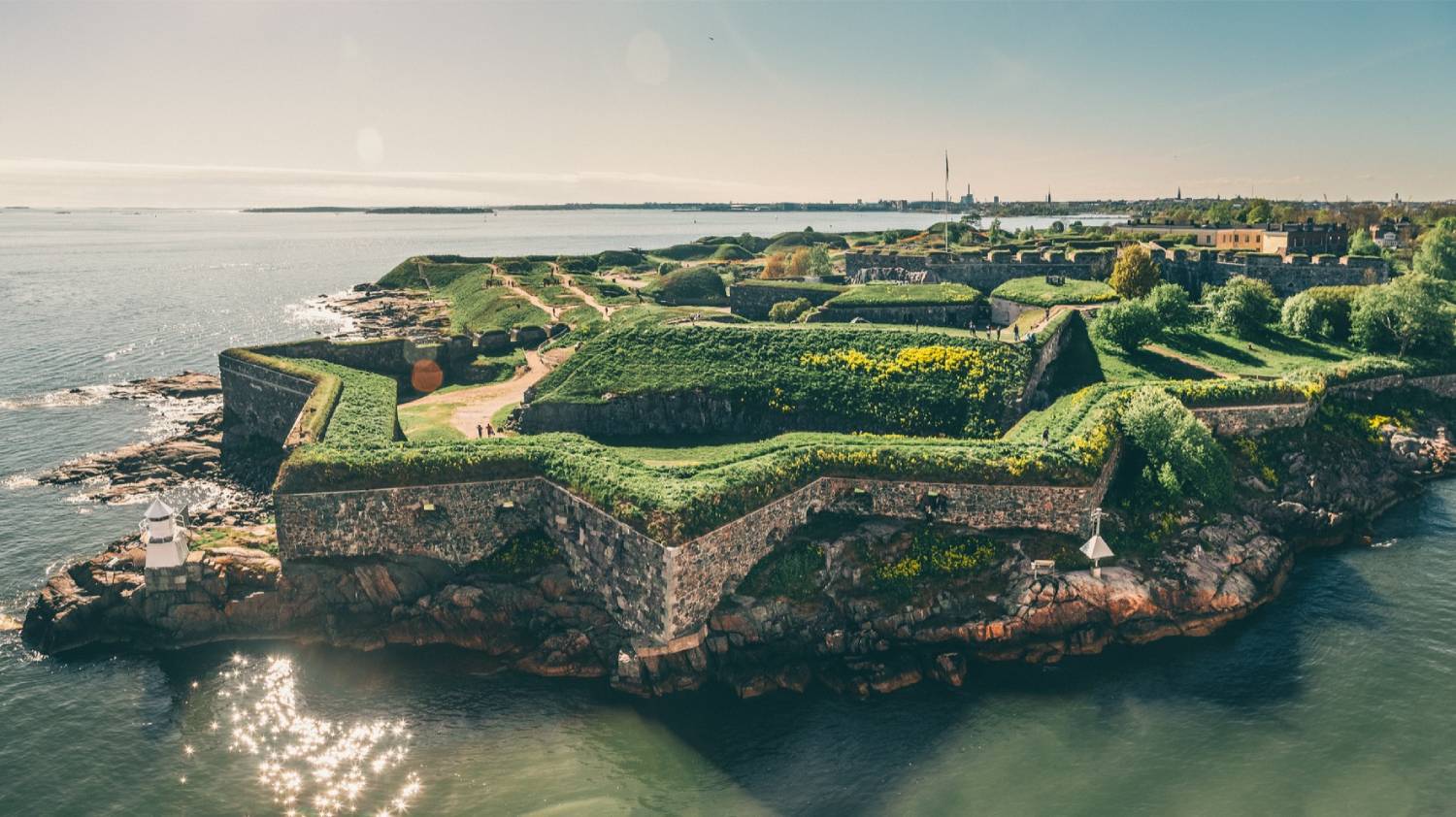 Take a day trip from Helsinki and travel by ferry to the fascinating Suomenlinna Fortress, which dates back to the mid-1700’s when it was established to defend the country against Russia. Today, you can tour five museums, hike the walking trails, and explore more than six-kilometres of fortress walls! Full of history, it’s a great place for a picnic, and is a favourite with the locals. 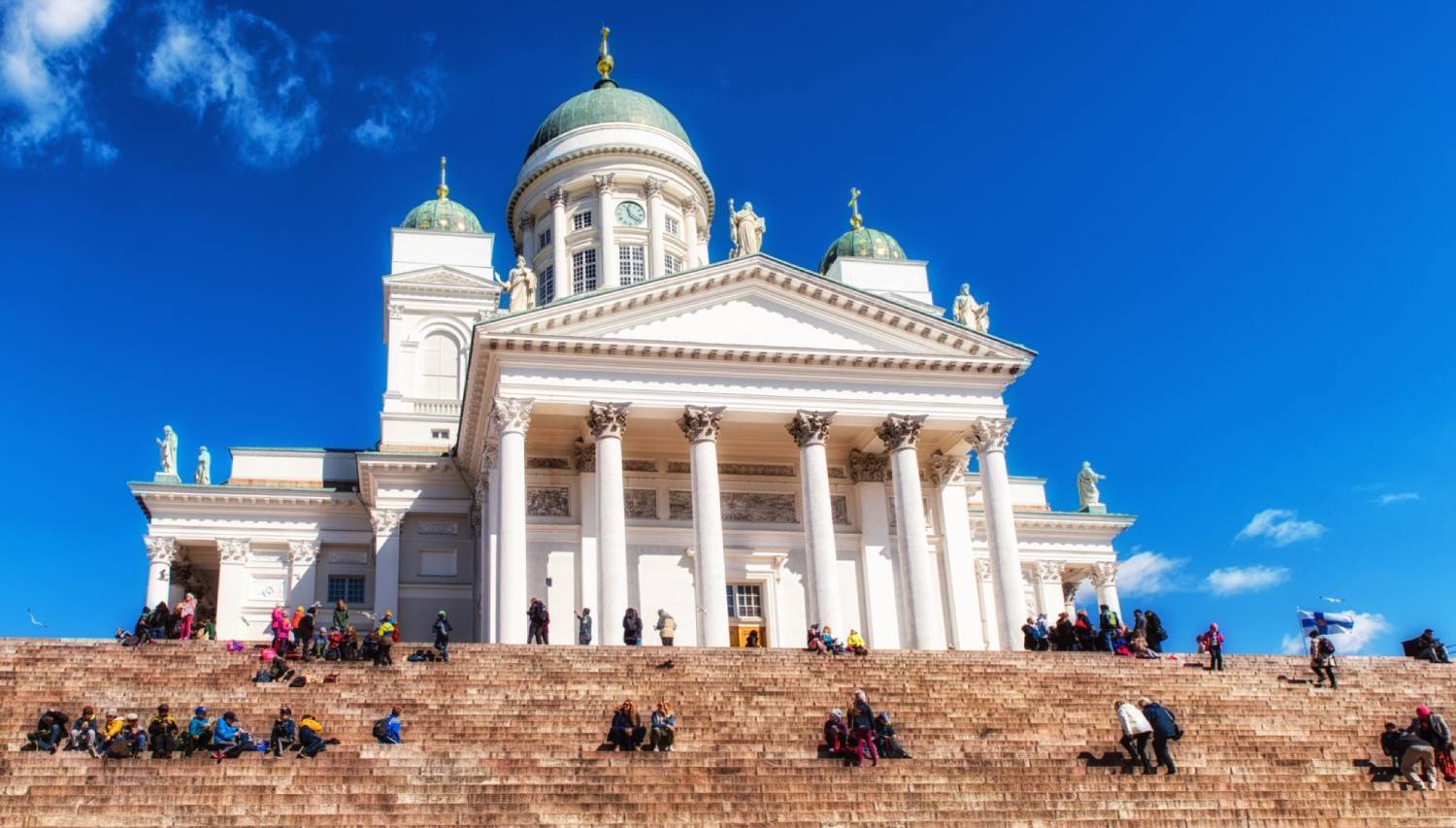 Towering over the centre of the city, you won’t be able to miss the Helsinki Lutheran Cathedral (Tuomiokirkko). As you approach, admire the Neo-Classical architecture, with the stark white of the building contrasting with the spectacular green domes. Enjoy the tranquillity of the interior while you take a break from the hustle and bustle of the city outside. 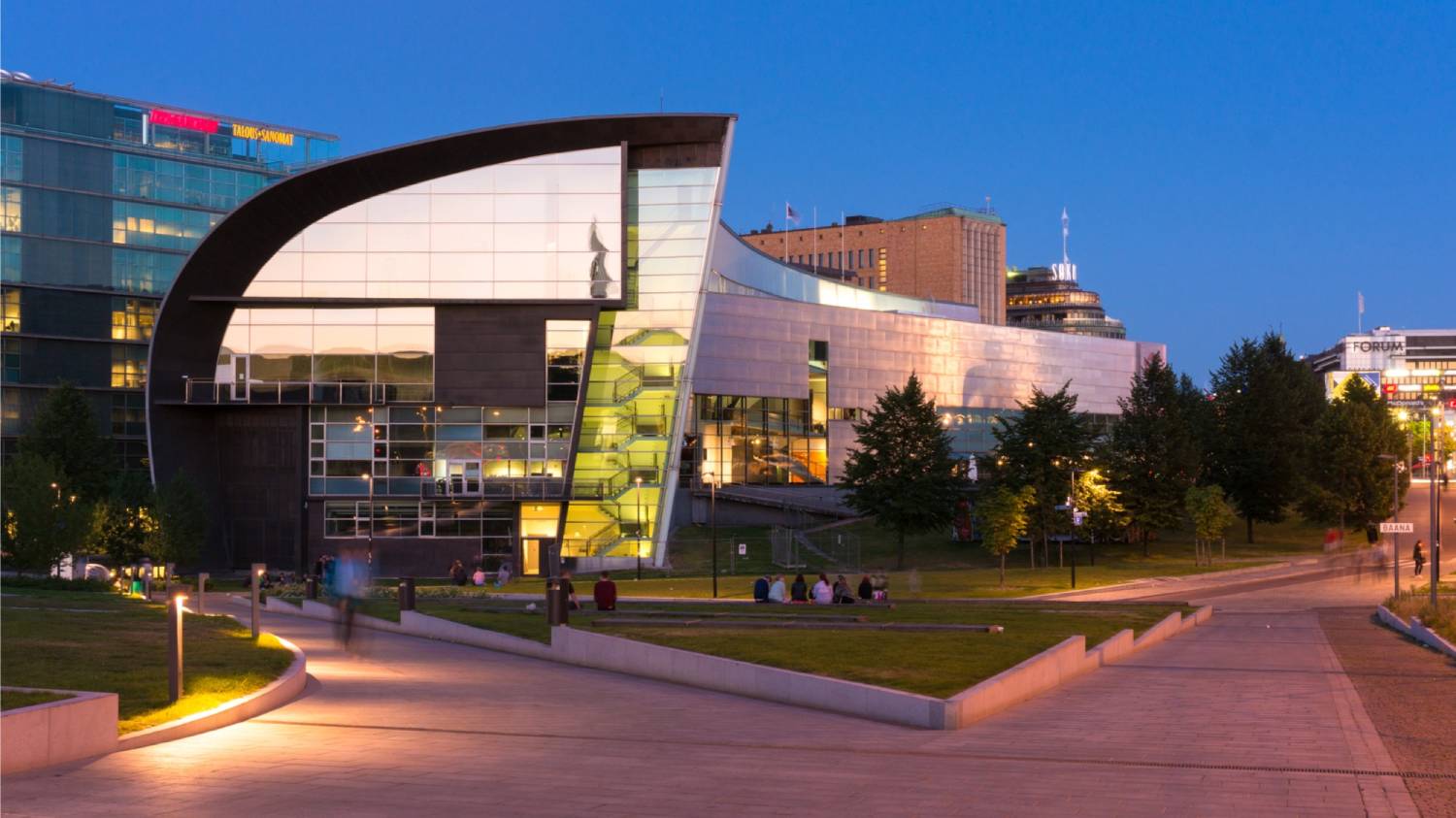 The sweeping architecture of the building that houses Kiasma (Nykytaiteen Museo), is typical of the cutting-edge modern art that you will find on display inside. Modern art from the 1960’s through to today, is on permanent display, with visiting exhibitions changing regularly. Explore three floors of exhibits, and you are sure to see art that excites and challenges your senses, then break for lunch and enjoy the great café! 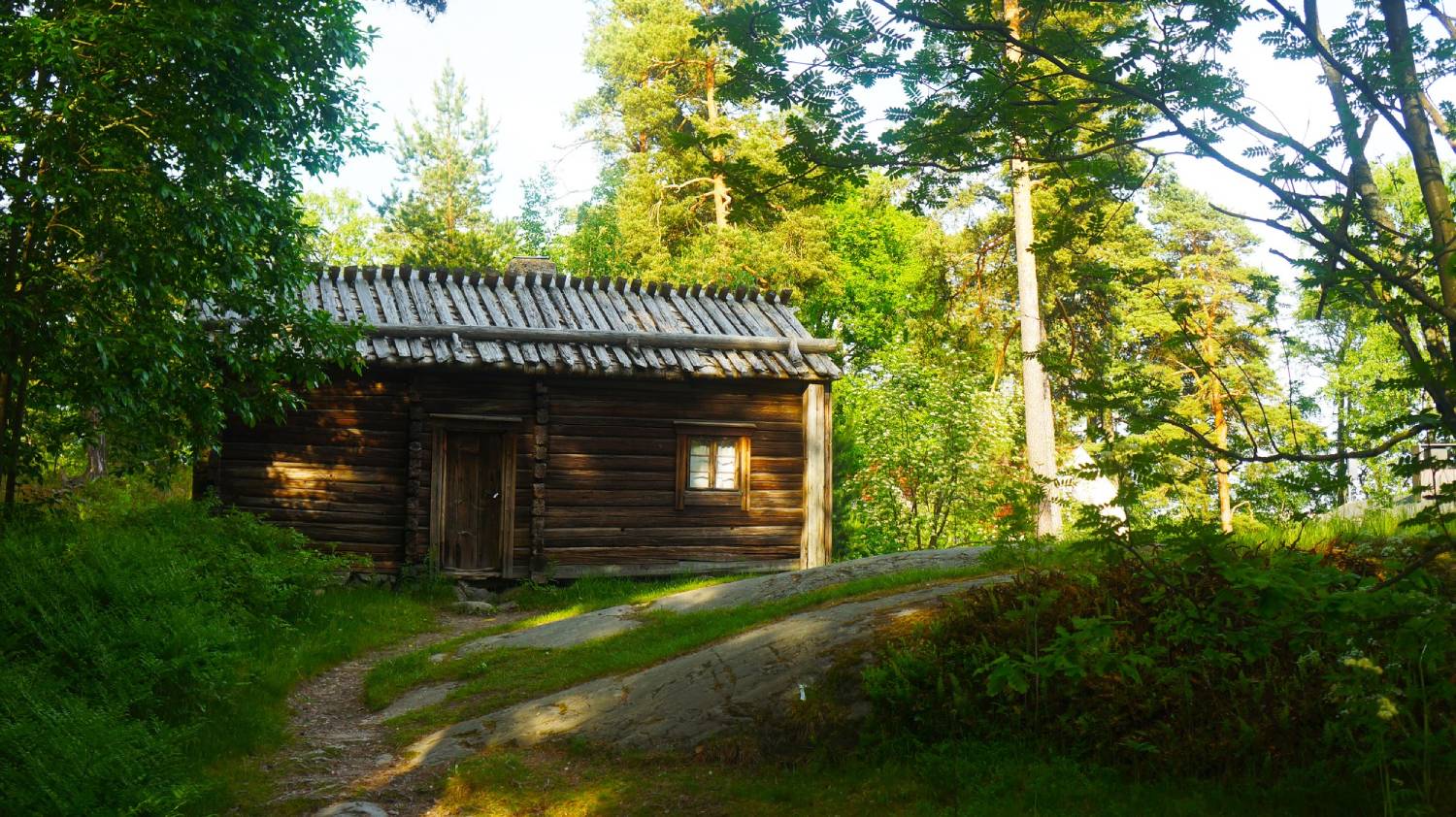 Take a scenic boat trip from Helsinki Market Square, and enjoy a day of history and fun at the Sarasvati Open-Air Museum. Step back in time and explore the 87 buildings displaying the way Finland existed in the eighteenth and nineteenth-century. Re-discover old crafts as artisans work in traditional costumes, and maybe even catch a concert in this beautiful natural setting!