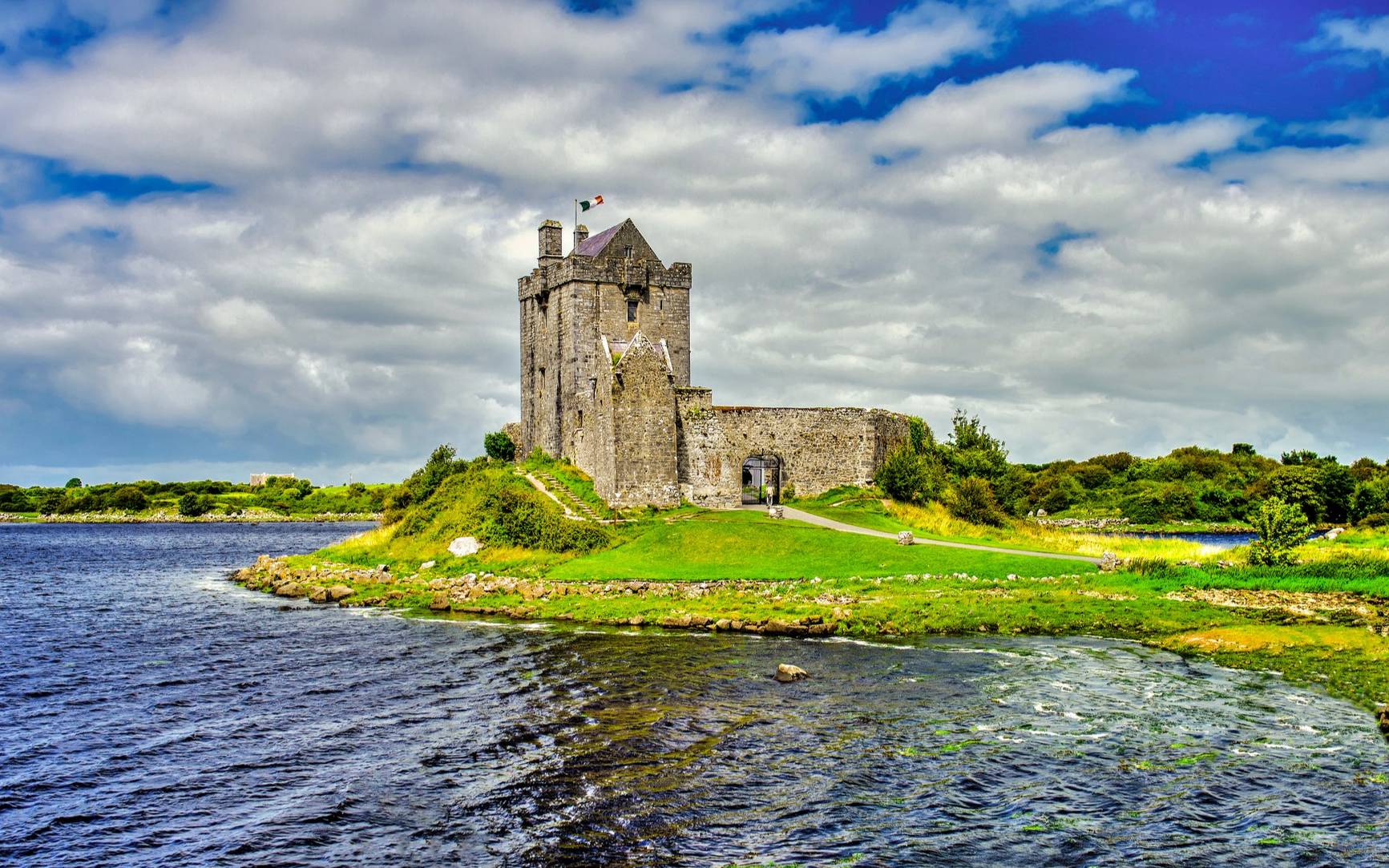 The Best Things To Do In Galway

A beautiful harbor city on the west coast of Ireland, Galway is located where the Atlantic Ocean and River Corrib join together. Like many of Ireland’s other cities, Galway is known more for its bohemian and artisan vibe — something that is definitely evident the moment you arrive in the city. On every street is a high-energy pub where live music plays into all hours of the night, as well as theater performances going on at many of the local theaters and plenty of other activities to enjoy during a stay. One thing that makes Galway an especially interesting destination is the modern carefree vibe that is mixed in with many of the medieval features and traditional classics of Ireland.

One reason for the unique contrast is the high number of students that call Galway home. Though you’re bound to find ancient history located in the most outlandish places of the city, there is still a metropolitan ambience that permeates throughout each of the neighborhoods. For those who want to experience the more historic side of Ireland’s, a trip to Galway is just as recommended as it would be for someone who wants a high-energy and artistic experience.

The number one attraction in the city is Eyre Square, which is an 18th century plaza space that features a good number of pubs and shops for visitors and locals. At any time of day, you’ll hear folk music emanating from the pubs, which give you the perfect Irish experience. The Square is centrally located in the heart of the city, making it easy to access and to explore the surrounding areas.

In some areas of the city, you’ll still find medieval structures particularly around the Latin Quarter. Those of the Catholic faith will find a trip to the Cathedral of our Lady Assumed into Heaven and St. Nicholas, which features a mosaic of President John F. Kennedy, as well as Renaissance-style architecture. Want to learn more about Galway and the surrounding area? The Galway City Musuem offers an assortment of exhibits and displays highlighting photographs, memorabilia and other ancient artifacts that give visitors context and background to Galway and the city’s influence in Ireland. 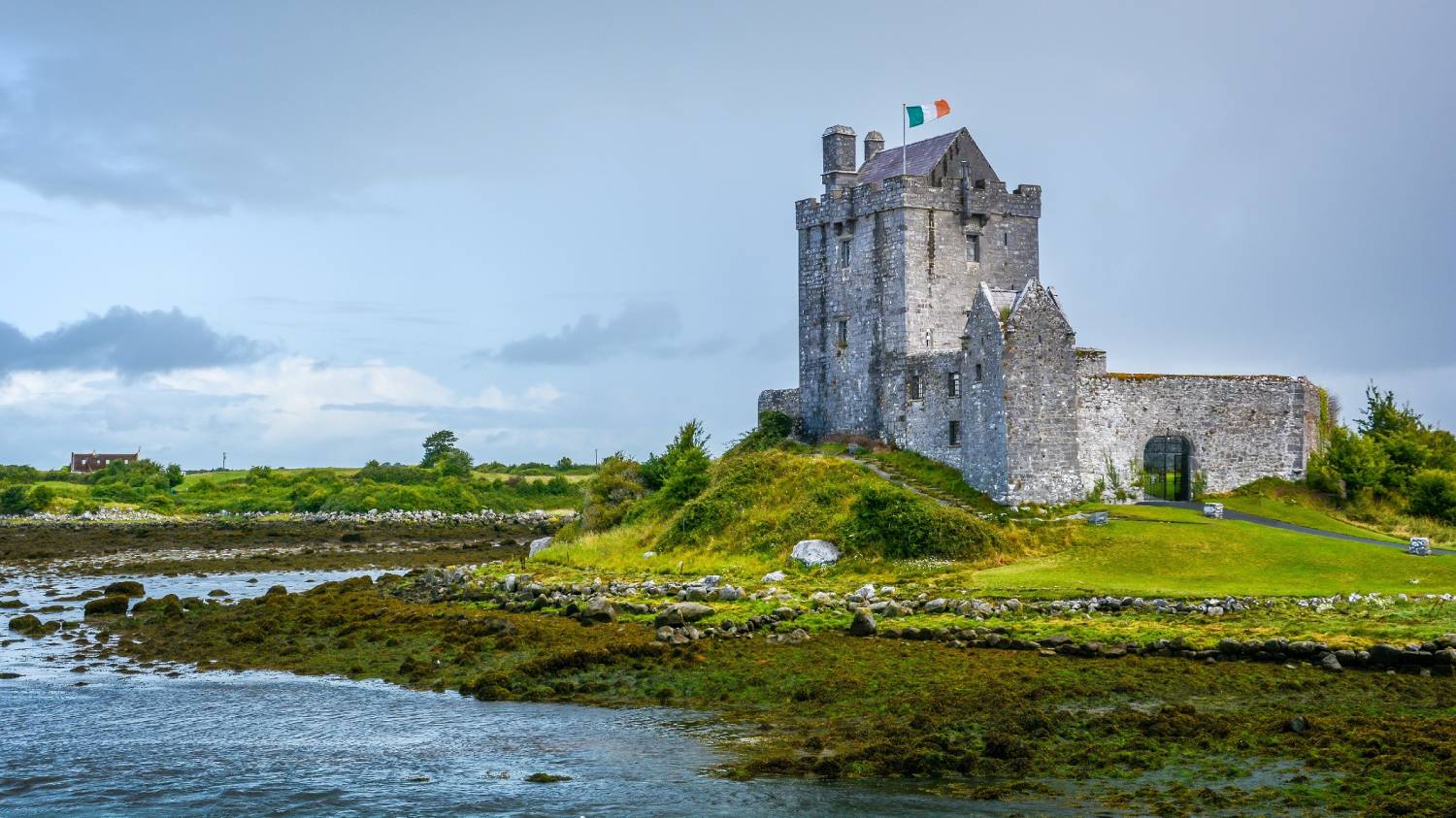 Just thirty-minutes from Galway – on the shore of Galway Bay – stands the picture-postcard Dunguarie Castle; one of the most beautiful castles in Ireland. While the fortress does not have an exciting military history, it became famous in the twentieth-century as a meeting place for great writers, and nowadays holds banquets and functions. Enjoy the famous Irish hospitality in this beautiful castle and join the crowd for a banquet!

The historic ruins of the Ross Errilly Friary (Ross Abbey) are perfect for exploring, as you imagine medieval life there in the halls, the kitchen, and the dining areas. Most of the walls are still standing, as you find your way through the twisted maze of rooms. The friary had a tempestuous life, and at a time when loyalty to the pope and practicing the catholic religion was illegal, in the end, the friars had to flee. Set in beautiful scenery, this truly is a magical visit steeped in a spectacular history. 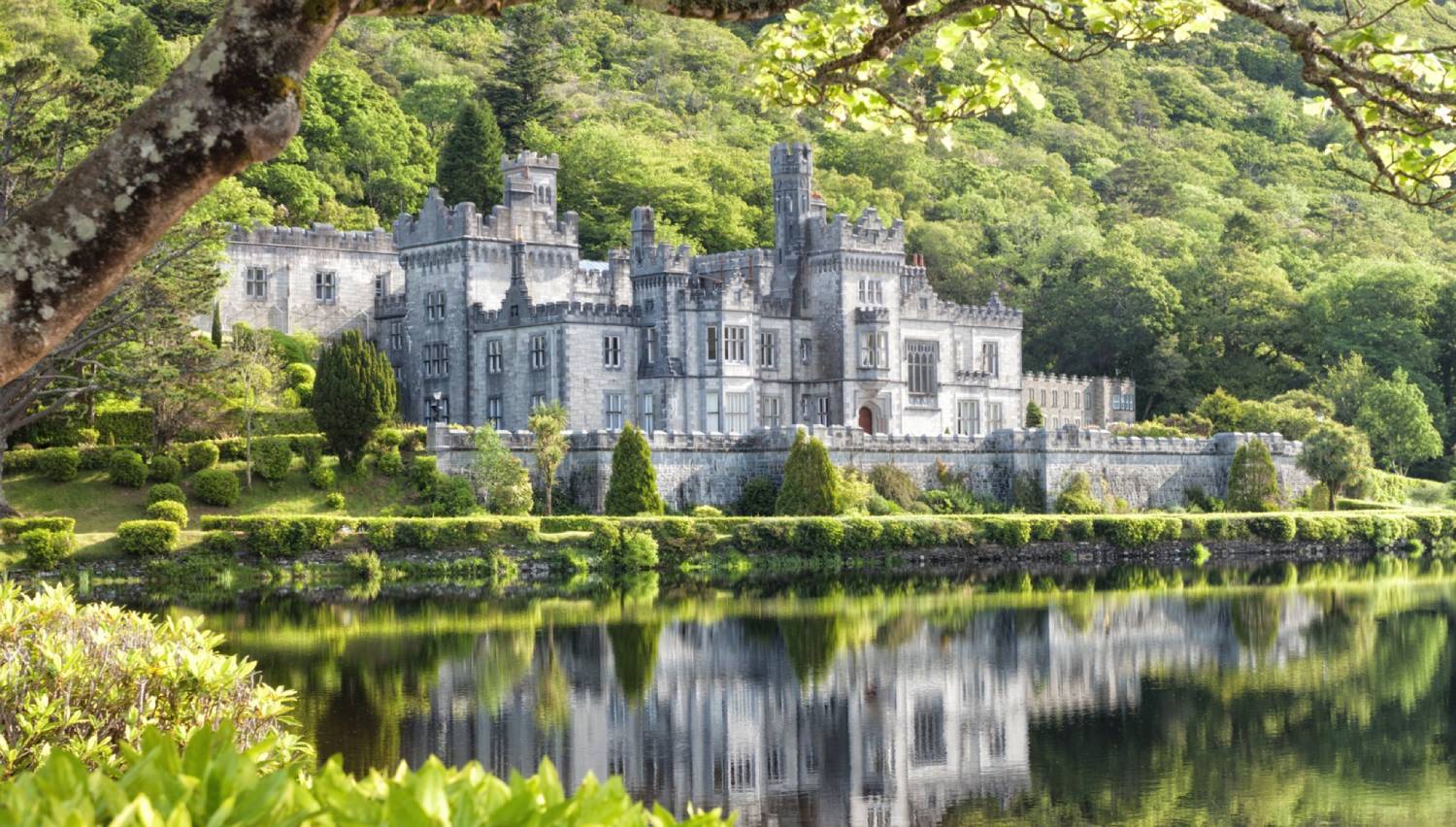 As you approach the entrance to the Kylemore Abbey and Gardens, admire the majesty of the building set against the steep mountains, with its magnificent reflection glistening in the lake. The building is beautiful, and until recently was used as an exclusive girls’ school. Today, you can explore several of the rooms and then catch the bus for a short trip to the six-acres of walled gardens, which are both diverse and well-manicured. The estate is a monument to an opulence experienced by only the wealthy and elite, back in the 1800’s. 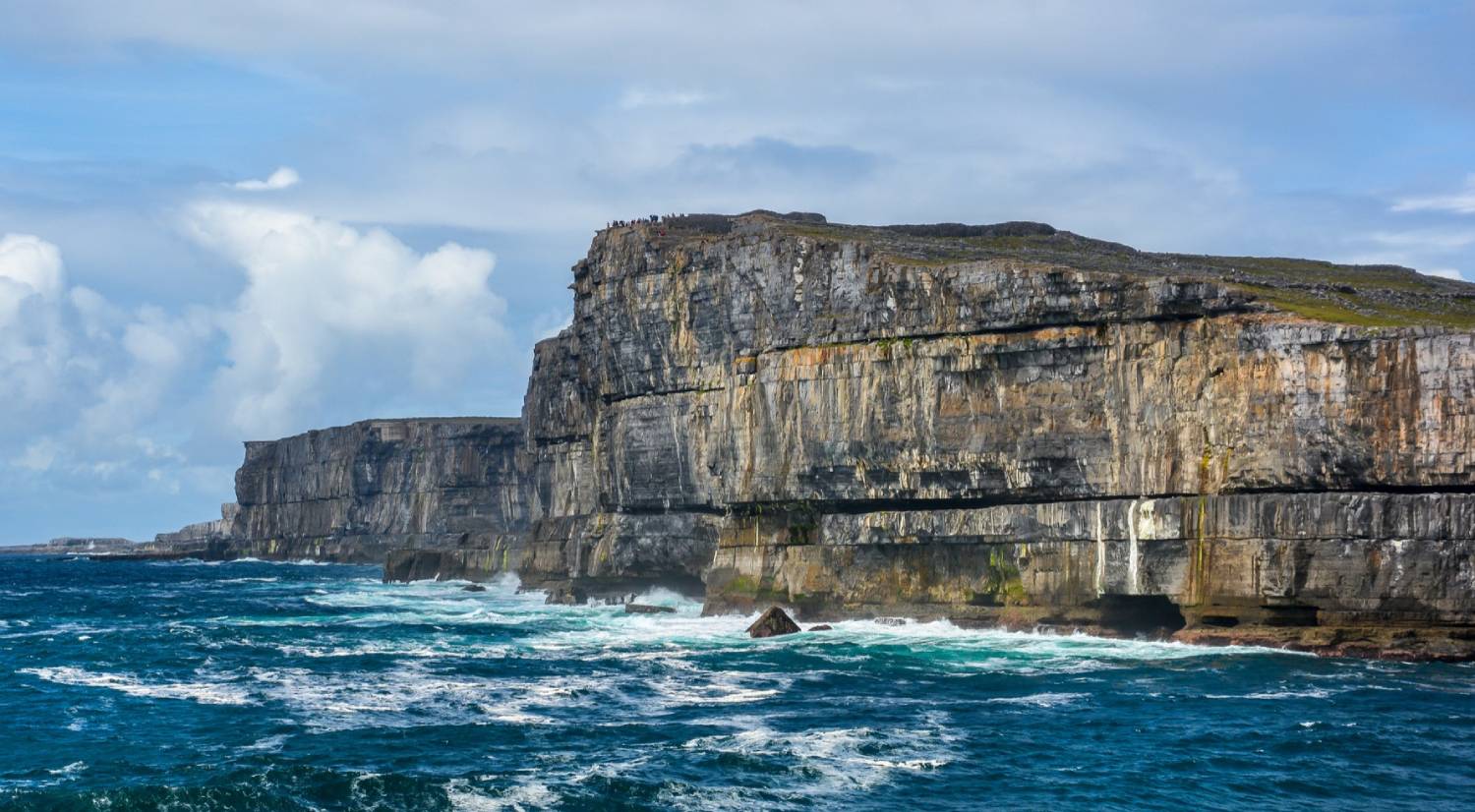 Renowned for their stark beauty and enduring Irish traditions, the enigmatic Aran Islands have long drawn fascination from their mainland neighbors, inspiring generations of Irish artists and writers with their idealistic way of life. 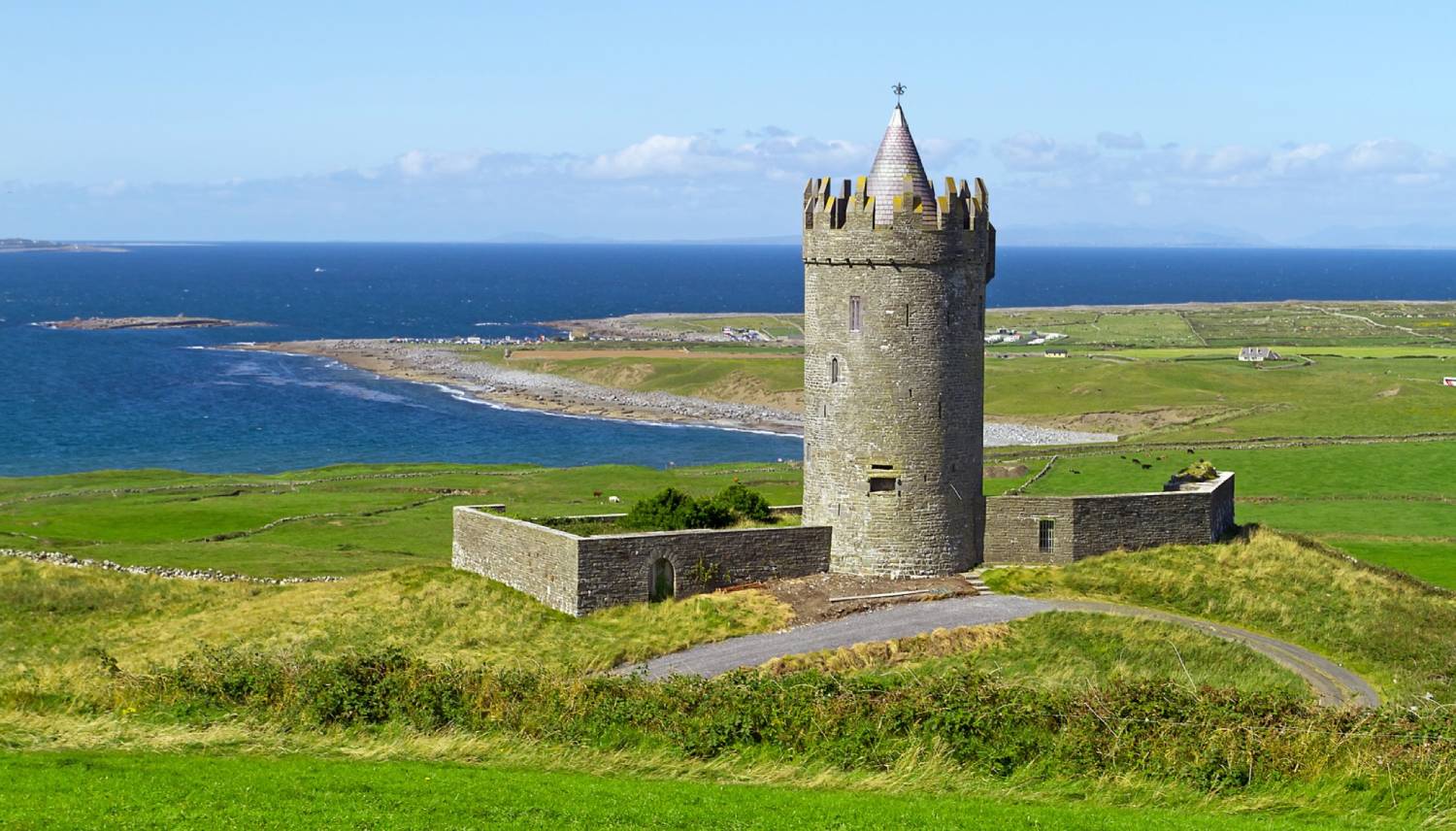 With allegedly more musicians per square mile in this county than anywhere in the world, it’s unsurprising that this small fishing village is hailed as the capital of Irish folk music. Musical traditions still reign strong today, and those looking for an authentic taste of traditional Irish music won’t have to look far in Doolin. 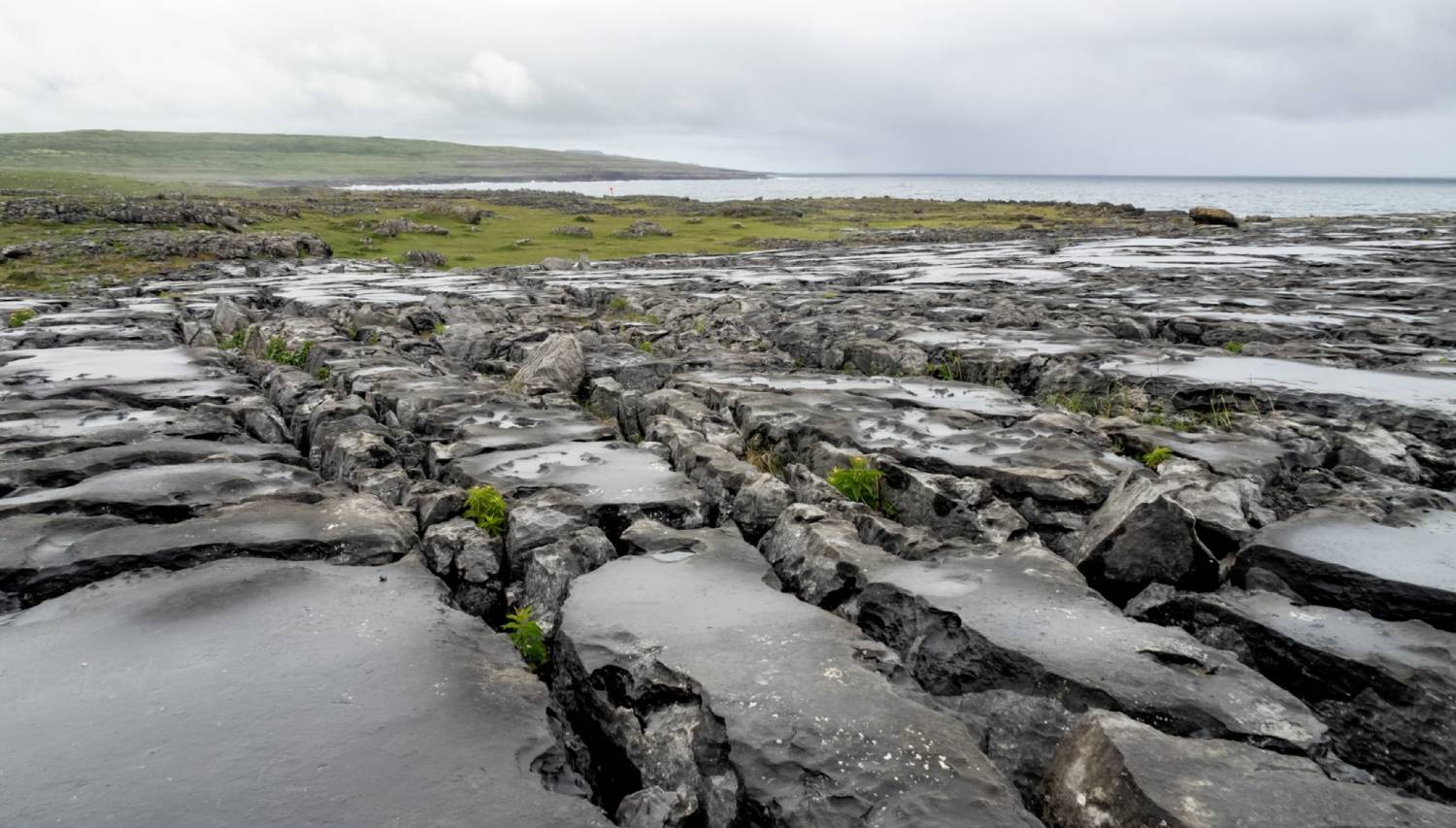 One of Ireland’s most unique and photogenic landscapes, stretching over 160 square km, the Burren, derived from the Gaelic word Boireann meaning ‘rocky place’, is one of the most visited attractions in the Shannon region. Aptly named, the karst topography is characterized by its unusual limestone formations, naturally sculpted through acidic erosion over thousands of years. The natural landscape is an otherworldly terrain – a giant jigsaw of rocks, made up of grikes (fissures) and clints (isolated rocks jutting from the surface), with pockets of lush greenery poking between the expanses of bare rock.