The Best Things To Do In Florence

In a nation filled with amazing cities, Florence shines as one of the jewels in Italy’s crown. Considered the birthplace of the Renaissance, the city is also one of the world’s major fashion capitals. Florence is located in northern Italy far to the south of Parma and Bologna, to the east of Pisa and Livorno and north of Siena and Rome, which lies further to the south. The city has it all – fashion, art and great food, not to mention great architecture. And with all these and more, you will be able to explore, shop and sample the cuisine which has made Italy famous all over the world.

Pisa, the city of the leaning tower is pretty close to Florence which is approximately 63 km and a 90-minute train trip away. A journey from Bologna which is 90 km away would take under 40 minutes while visitors arriving from the city of the Coliseum, Rome will be able to arrive in approximately 90 minutes using the fastest trains. If you enjoy cycling, you will love getting around by bicycle especially since the city also has a bike rental scheme. Taxis are also another convenient option for travelling in comfort. Because most places of interest are relatively close to each other, it is also possible to do some exploring on foot. As the birthplace of the Renaissance, Florence is filled with museums which tell the tale of one of the most luminous periods in European history. Galleria degli Uffizi is a perfect starting point for exploring this era and is actually the most famous of them all. The Bargello which is home to several masterpieces belonging to the period is also worth a visit too.

As a key center of fashion, Florence is quite simply, a shopping paradise. Some of the best places to visit include Pitti Vintage which sells stylish designer clothing from some of the biggest brands such as Fendi, Gucci and Valentino. If you love jewelry you will thoroughly enjoy visiting the Ponte Vecchio where you will be able to view an awesome selection of gold, diamonds and everything in between. Italian ice cream, otherwise referred to as gelato is known on a global scale and residents of Florence believe their city provides the best in the entire nation. It is a bold claim which is certainly worth verifying and some of the best places to sample the delightful dessert include gelaterias such as Vivoli and Festival Del Gelato. 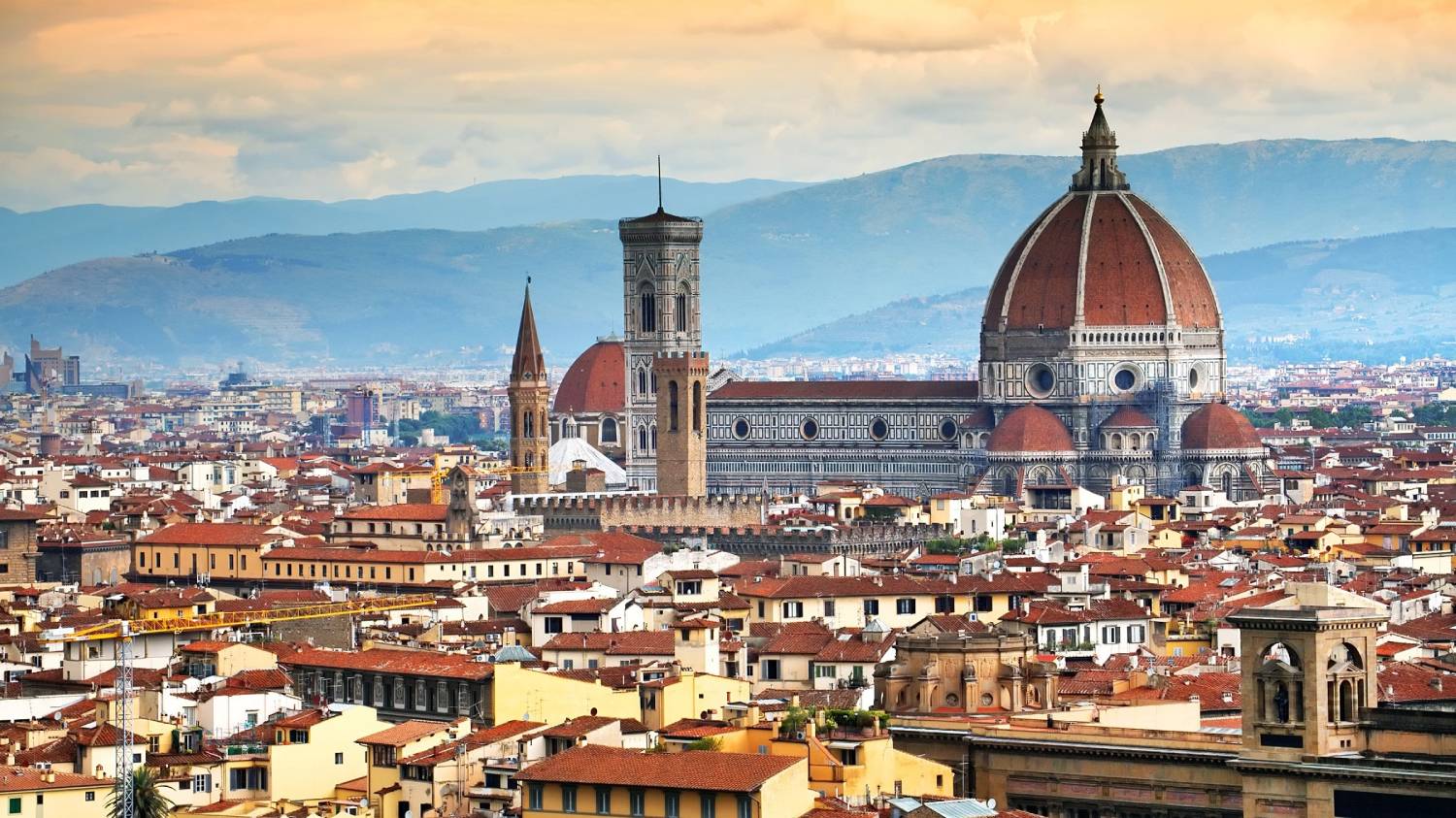 As you approach the Florence Cathedral, your eyes are drawn to the stunning dome that tops the majestic Gothic architecture of the building, which took well over a century to build. Explore the magnificent interior and admire the artwork, statues and lead light, then climb to the top of the dome for an awe-inspiring vista of the city and its surrounds! 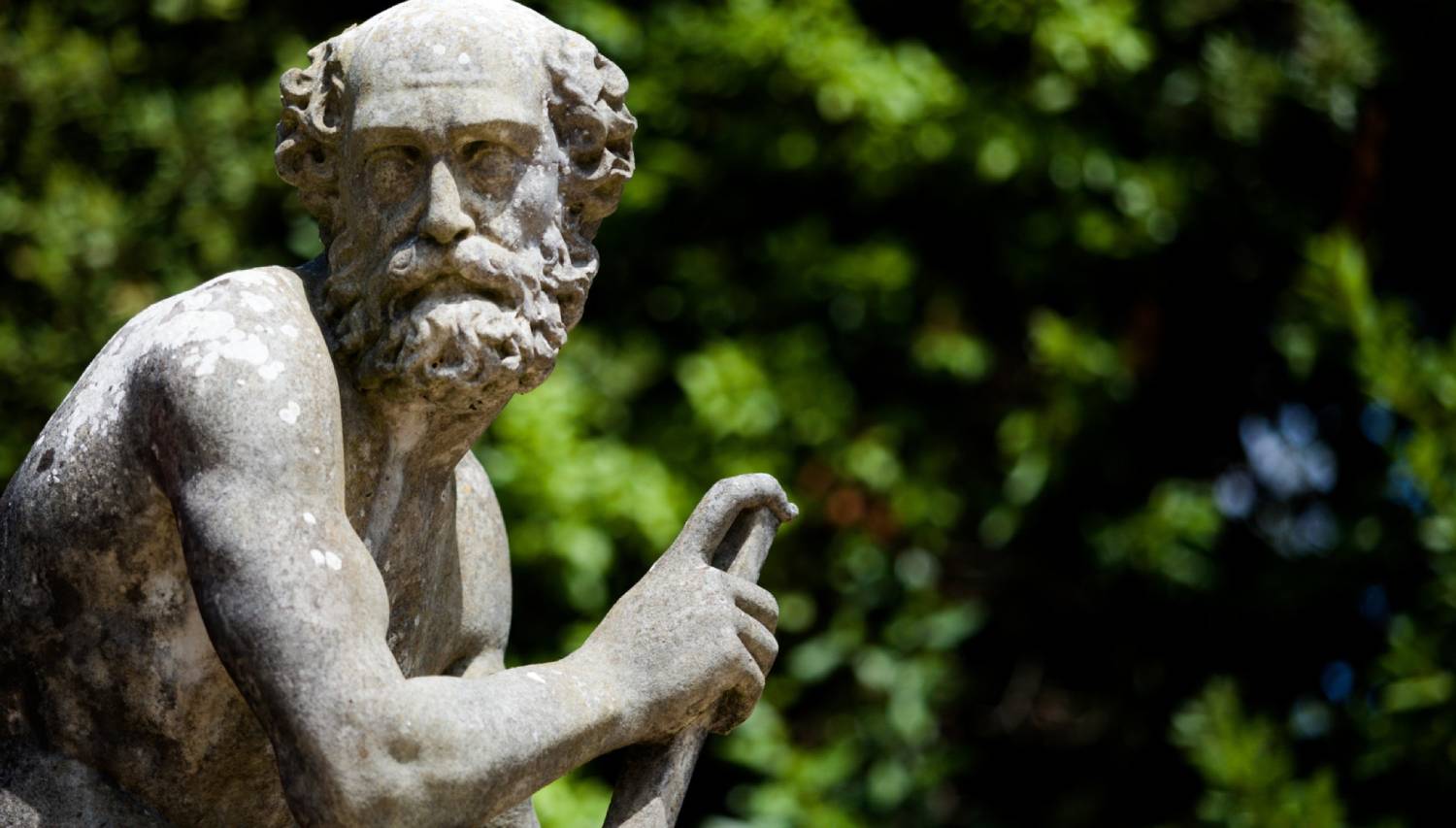 Located next to the Pitti Palace, the Boboli Gardens are an enormous display of pristine gardens, and magnificent fountains and sculptures. Take yourself back to the sixteenth-century when the garden was first established, and enjoy the colours and history of these beautifully manicured lawns and garden beds, surrounded by oak trees that are over one-hundred years old! 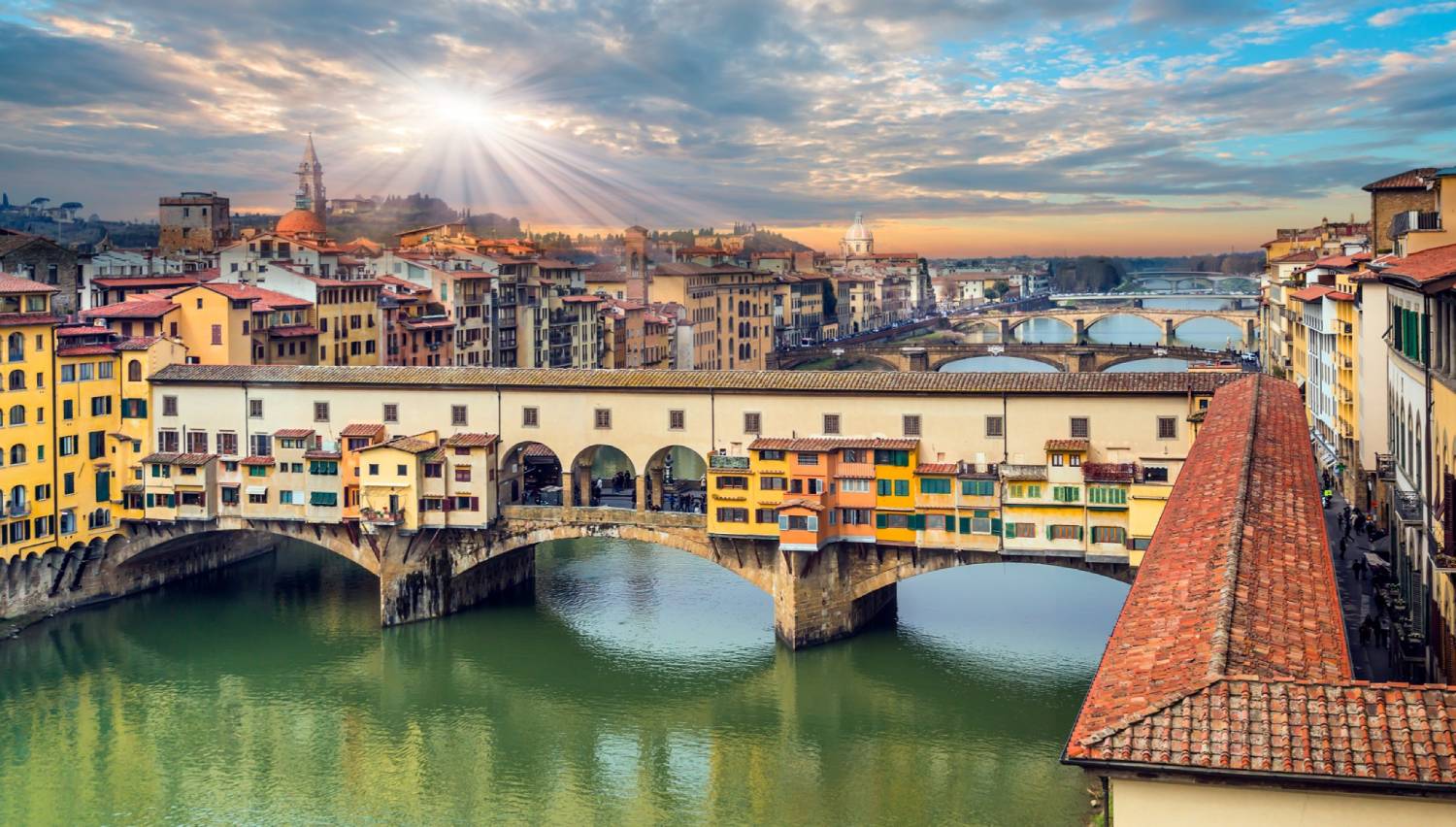 Ponte Vecchio is a magical bridge that dates back to the fourteenth-century, and is as magnificent as a postcard. Take a stroll along this pedestrian bridge to catch the street artists performing, and browse the many shops and stalls on offer; today there are jewellery stores and markets, where originally only butchers offered their wares. Admire the brilliant architecture and the amazing stonework – this is one destination that shouldn’t be missed!

Located in a historic building constructed in the mid-1500’s, the Uffizi Gallery displays a stunning collection of Florentine art, tracing its history from the eleventh to the eighteenth-century. As you stroll through the rooms of this famous gallery, you will follow the story of how art has evolved through the ages, and enjoy many works displayed according to their artistic periods! 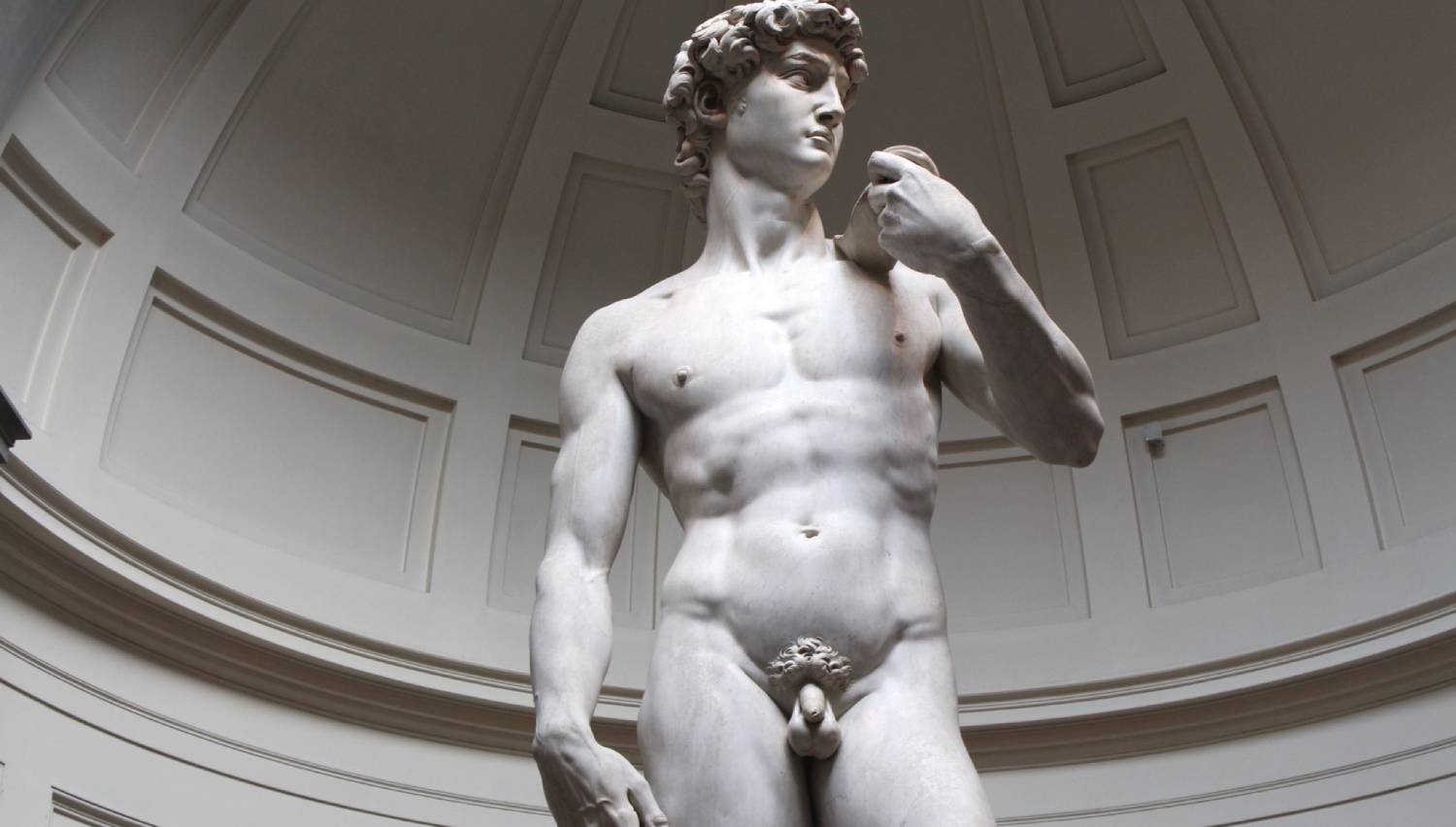 A visit to the Accademia Gallery (Galleria dell’Accademia) is a must for every visitor to Florence, to make sure you see Michelangelo’s magnificent statue of David! With that out of the way, there is so much more to this incredibly popular gallery; there is a stunning array of statues and many spectacular paintings to appreciate and enjoy! 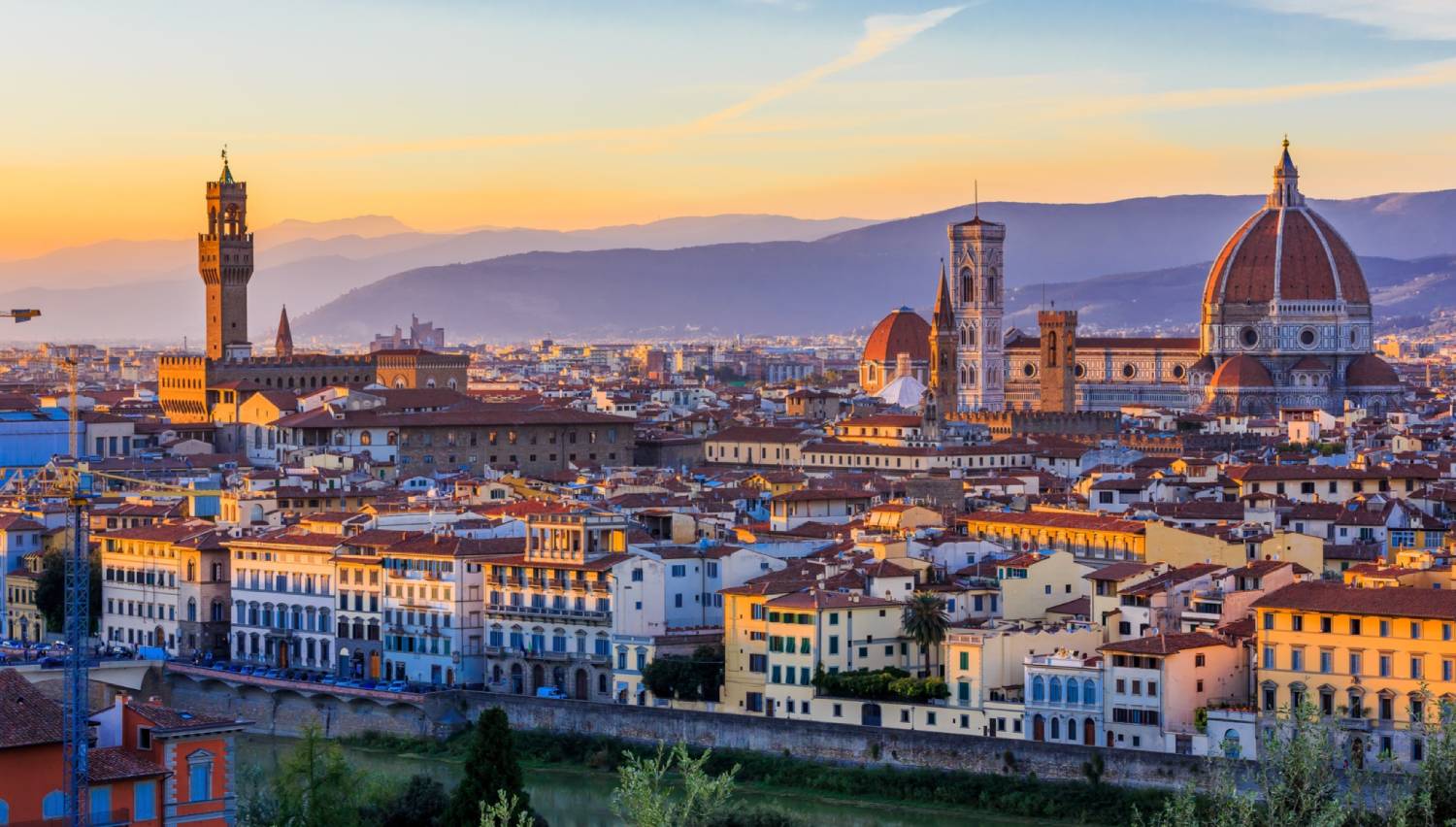 For a great way to get your bearings in Florence, head to Piazzale Michelangelo! In the centre of this magnificent square – dedicated to Michelangelo – you can enjoy the bronze replica of his statue David, and take in the amazing sweeping views of the city. It really will take your breath away, as you look down over the city’s fortified walls, the tower of the Palazzo Vecchio, the River Arno, and the majestic Duomo! 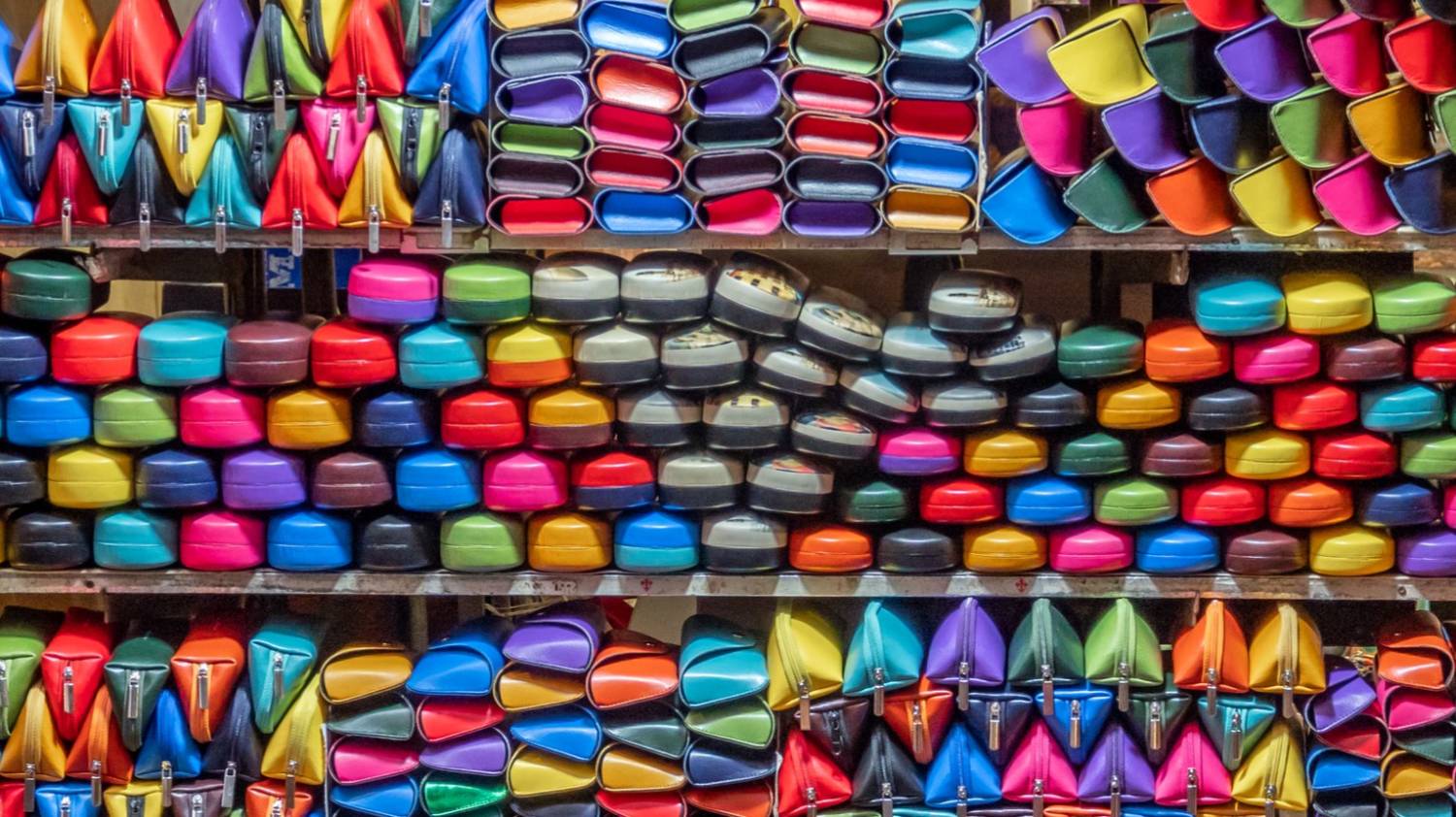 A great way to spend the morning in Florence is to visit to the San Lorenzo Market (Mercato di San Lorenzo), and explore the food and produce offered by the city, as well as the specialty crafts and souvenirs made by local artisans! Start at the outdoor markets and find that special memento to remember your trip by, then head inside to taste samples of the seasonal food that is on sale over two magnificent floors. It’s a fascinating place to have lunch, as you watch the locals go about their busy days. 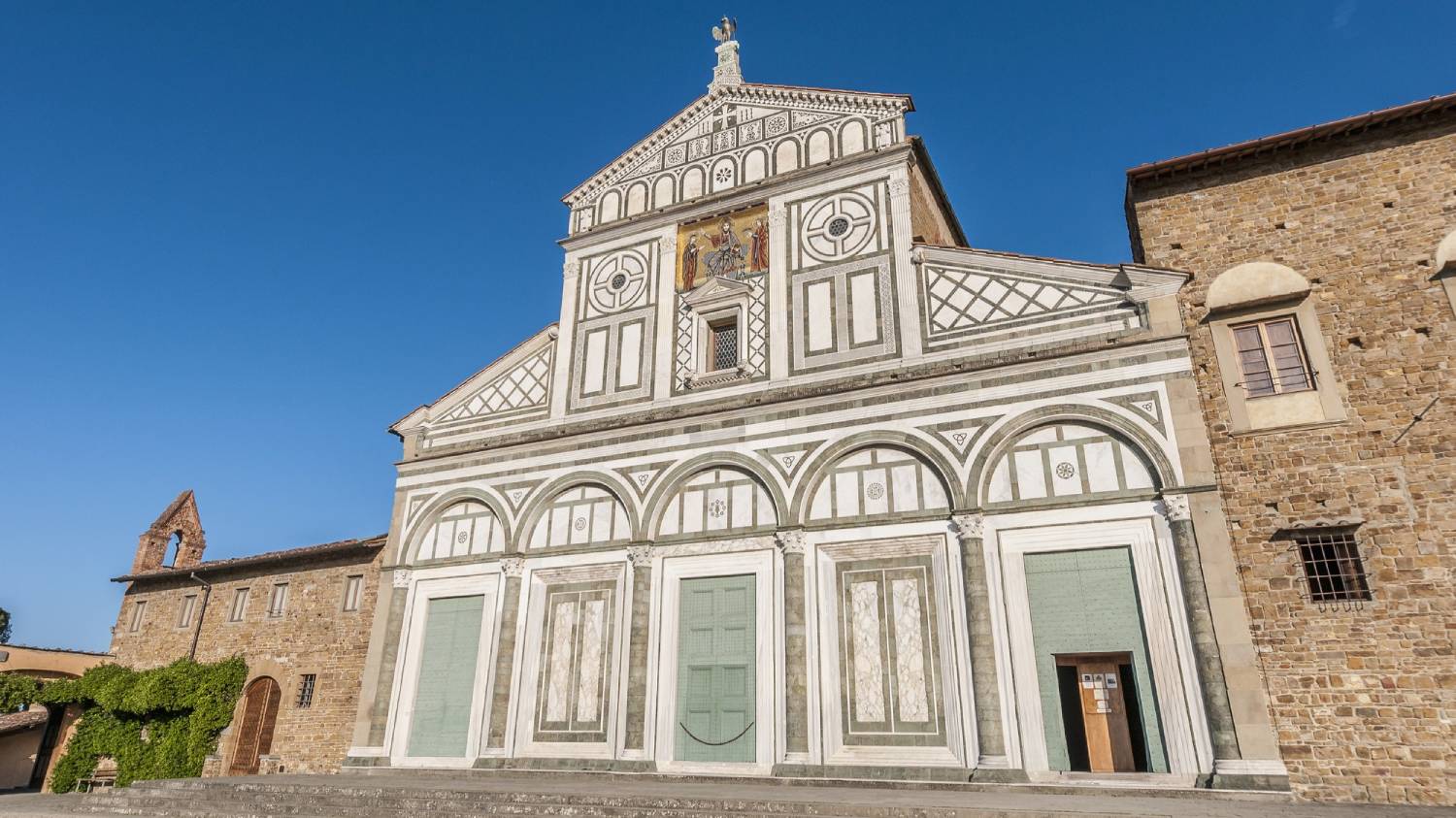 Look to the highest location in Florence and you will see the beautiful San Miniato al Monte. Combining spectacular views of the city with the history and charm of a church built in the eleventh-century, you can rest for a while and enjoy the peace and serenity of the marble and mosaics that decorate the interior. Once you’re done inside, explore the cemetery outside, and take in the breathtaking vista of the city as it spreads out below you. 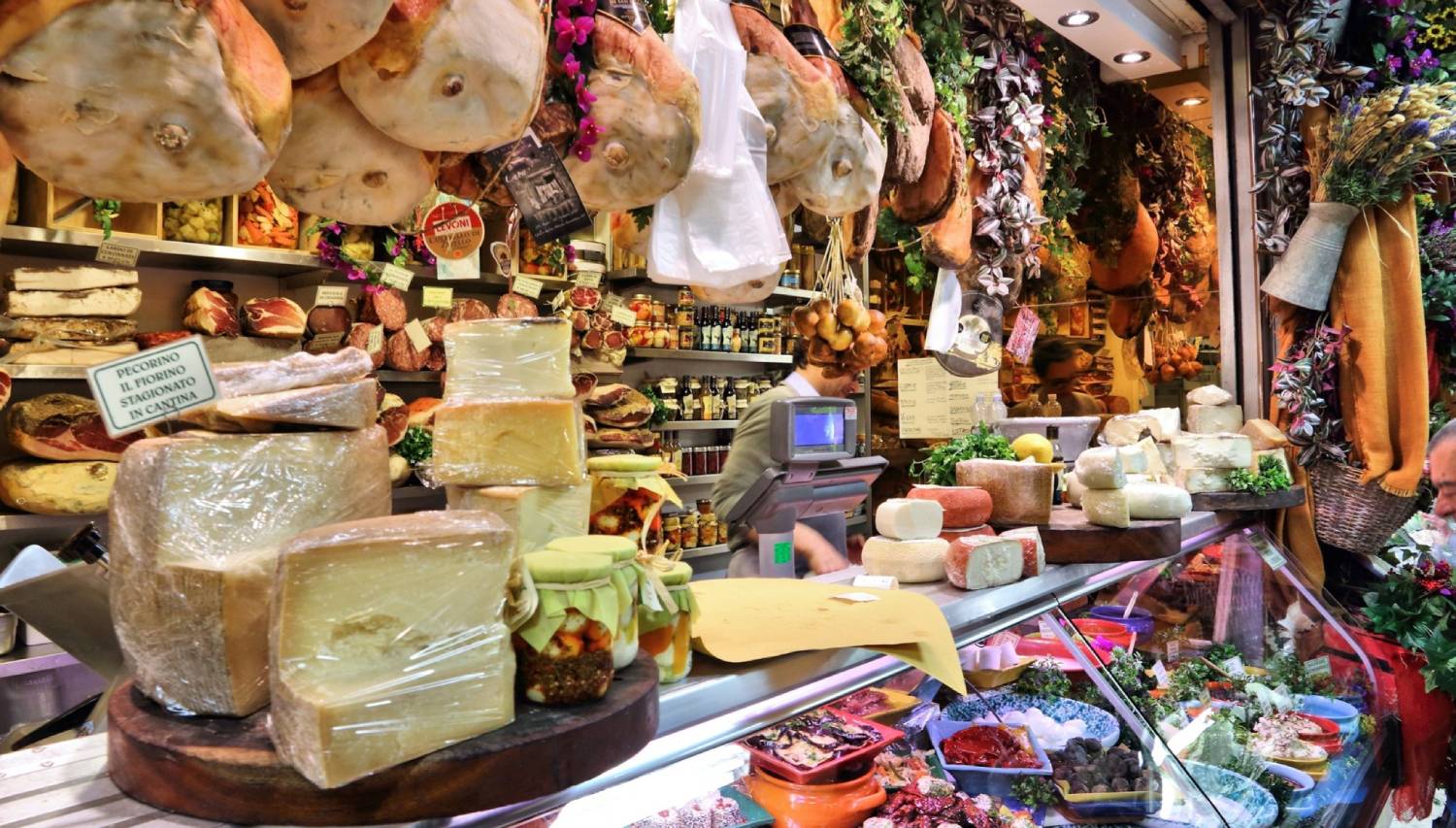 Take a break from sightseeing and dive into the Tuscan food culture of Florence, with a visit to the Florence Central Market (Mercato Centrale Firenze)! As you enter the largest market in the city, your senses will explode with the sight and taste of every food you can imagine, from meat and cheese, to pizza, gelato and wine. Make it a special day and do a wine tasting or cooking course, and learn even more about the region’s amazing foods! 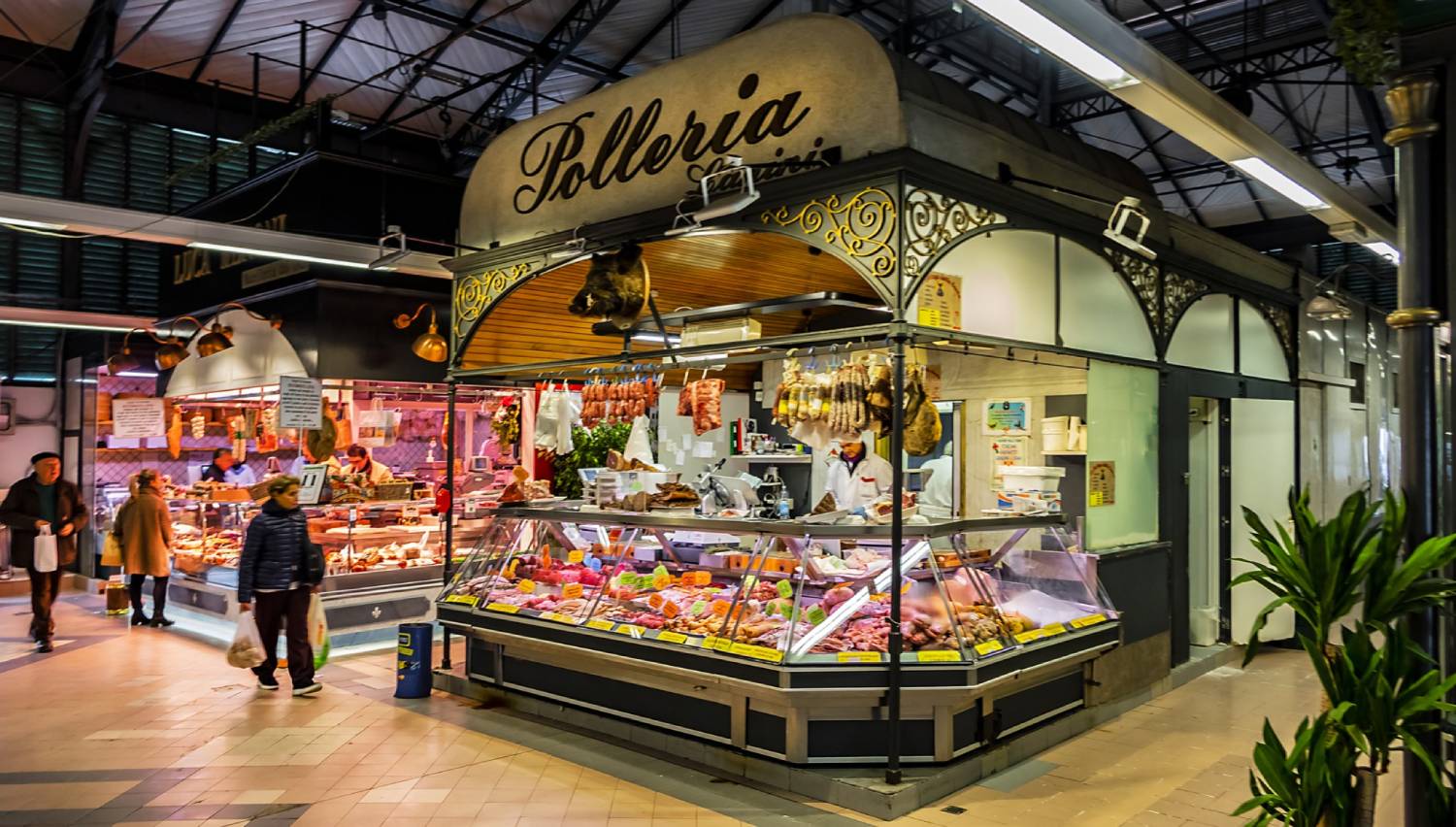 Take a break from the tourist trail and visit the market most favoured by locals; the Sant’Ambrogio Market (Mercato di Sant’Ambrogio). Explore the many stalls on offer – displaying a wide variety of local produce – then pick-up something fabulous for a picnic in one of the city’s parks! Or, if you want to experience the market in all of its entirety, enjoy your meal on site, surrounded by the hustle and bustle of the crowds! 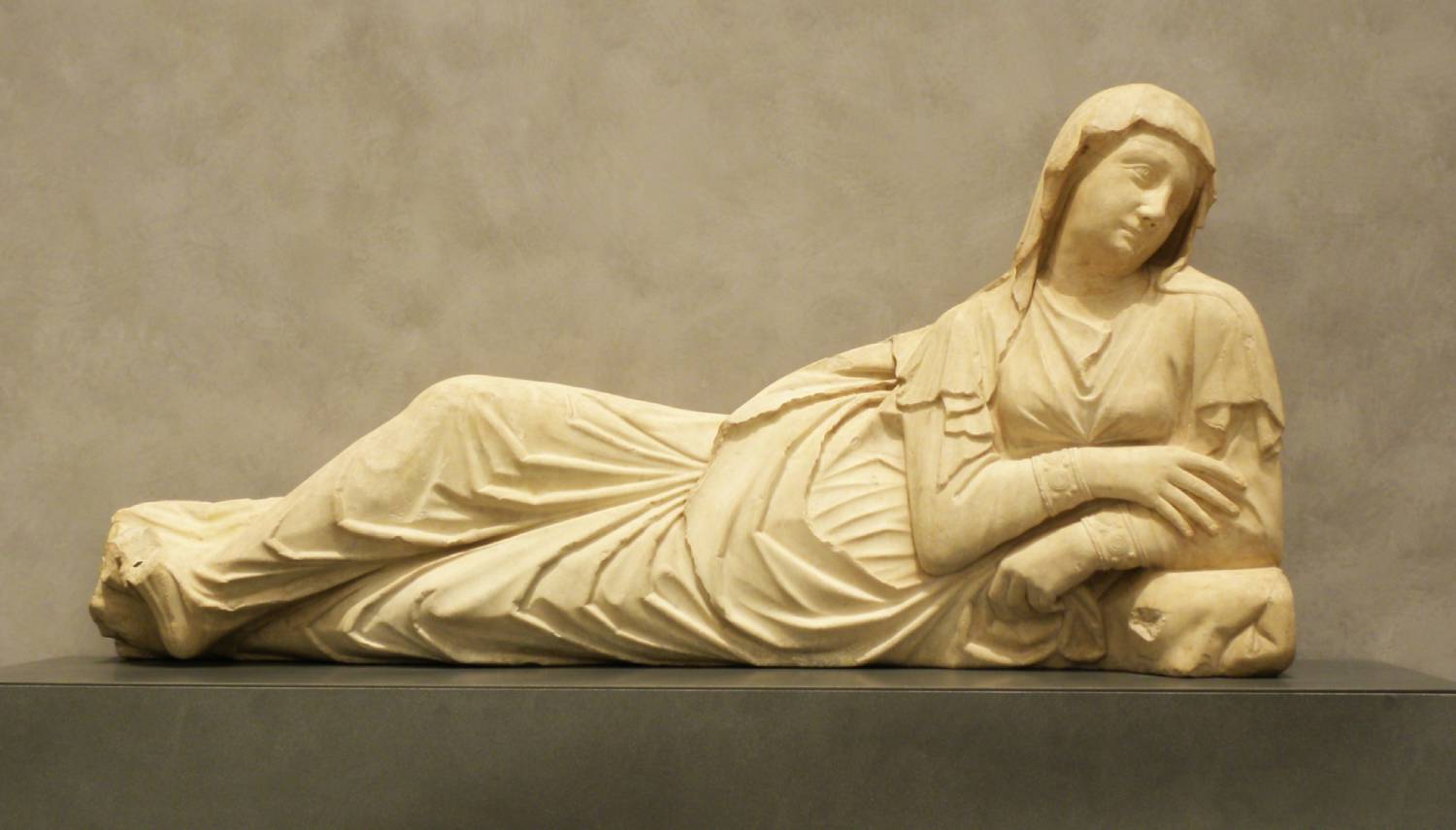 Don’t be misled by the modest entrance to the Museo dell’ Opera del Duomo, it is incredibly famous for its magnificent collection of sculptures, and it is a treasure trove of fascinating original artworks! As you wander through the museum, you can enjoy countless unique pieces, such as Michelangelo’s unfinished pieta – that had been intended for his tomb – and other works by artists such as Donatello! 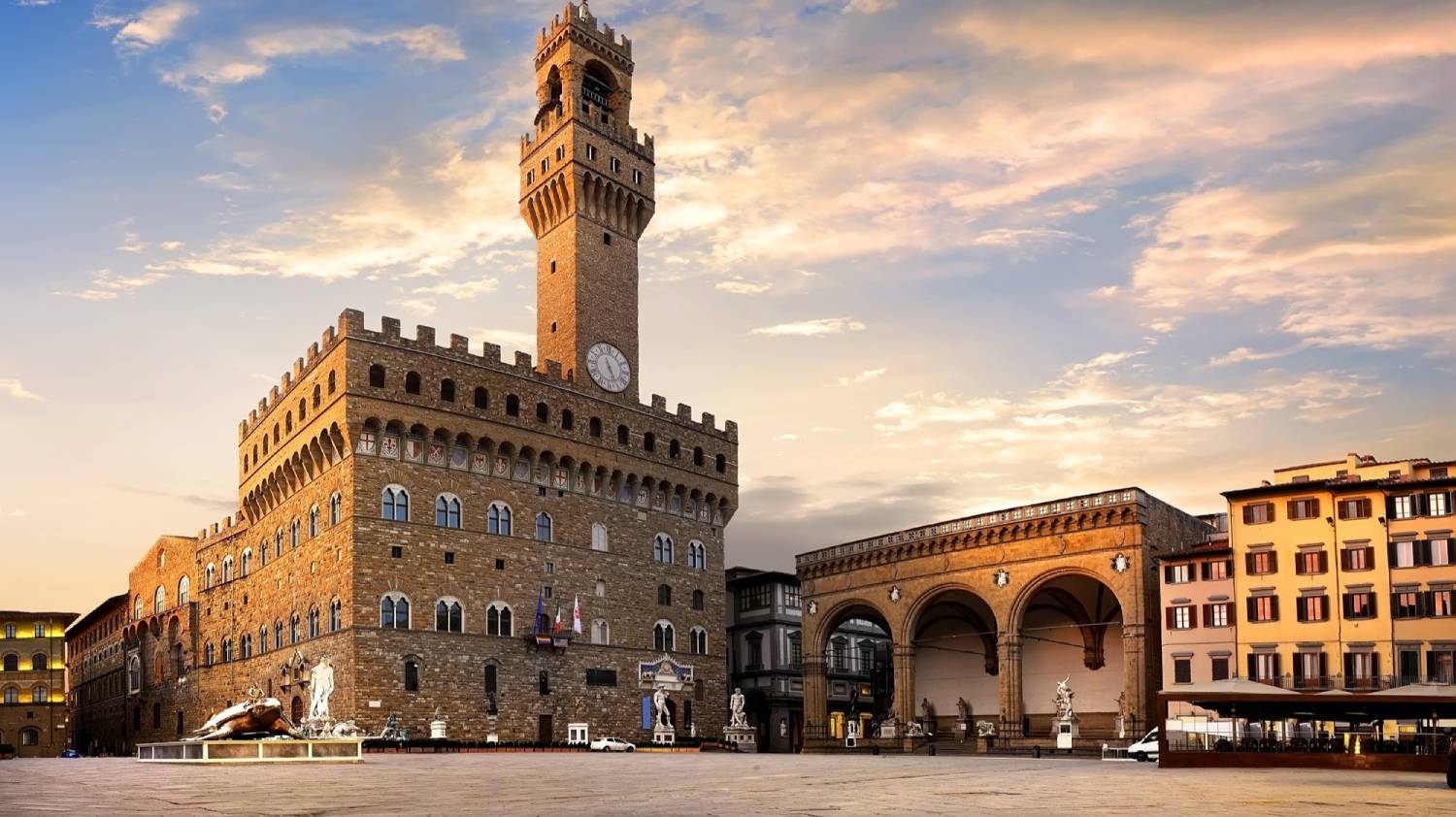 When you visit Florence, you will no doubt encounter the Piazza della Signoria, an L-shaped – and very historic – square that is a favourite meeting place for the locals. Surrounded by many of the city’s attractions – including several museums and the Town Hall – this is the perfect place to stop for a while and people-watch as the locals go about their day! 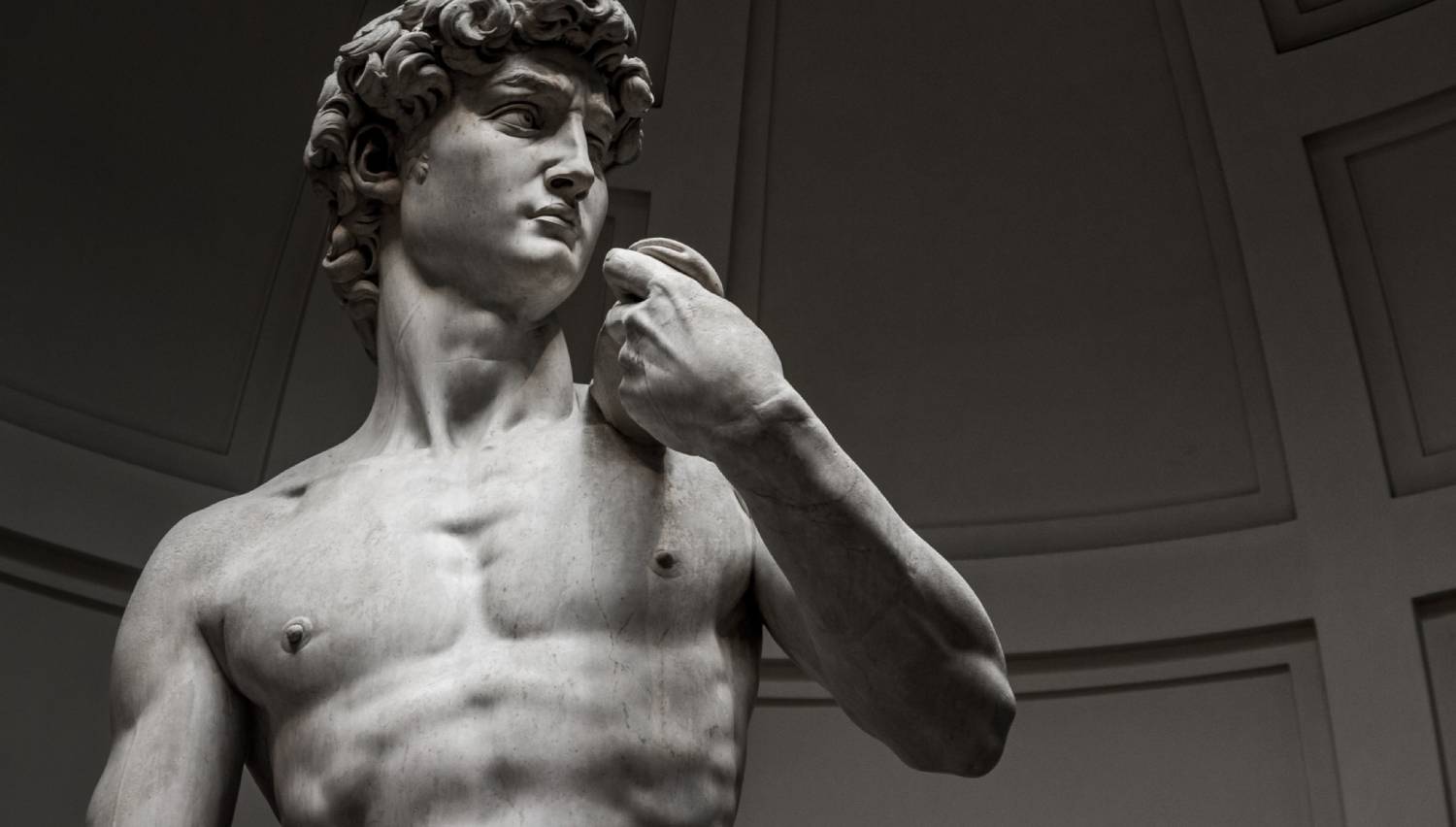 As you tour Florence, you are likely to see countless replicas of Michelangelo’s statue of David. But if you want to see the real thing, make sure you visit the Galleria dell’ Accademia! This iconic masterpiece – which stands over five-metres tall – was created in the early 1500’s, and will without doubt, take your breath away! The statue was moved to its current home in 1873 and is centrally located in the museum for everyone to see.

Like many cities throughout the world, Florence is divided by a river – the Arno River – and the district of Oltrano is the one on “the far side” of the Arno. Oltarno literally means, “the other side of the river!” Cross over and explore this charming area, with a host of attractions such as the Palazzo Pitti, the Boboli Gardens and the Brancacci Chapel. Explore the streets and visit the vibrant cafes – away from the heavy tourist crowds – then head to the Piazzale Michelangelo for some amazing views of the city! 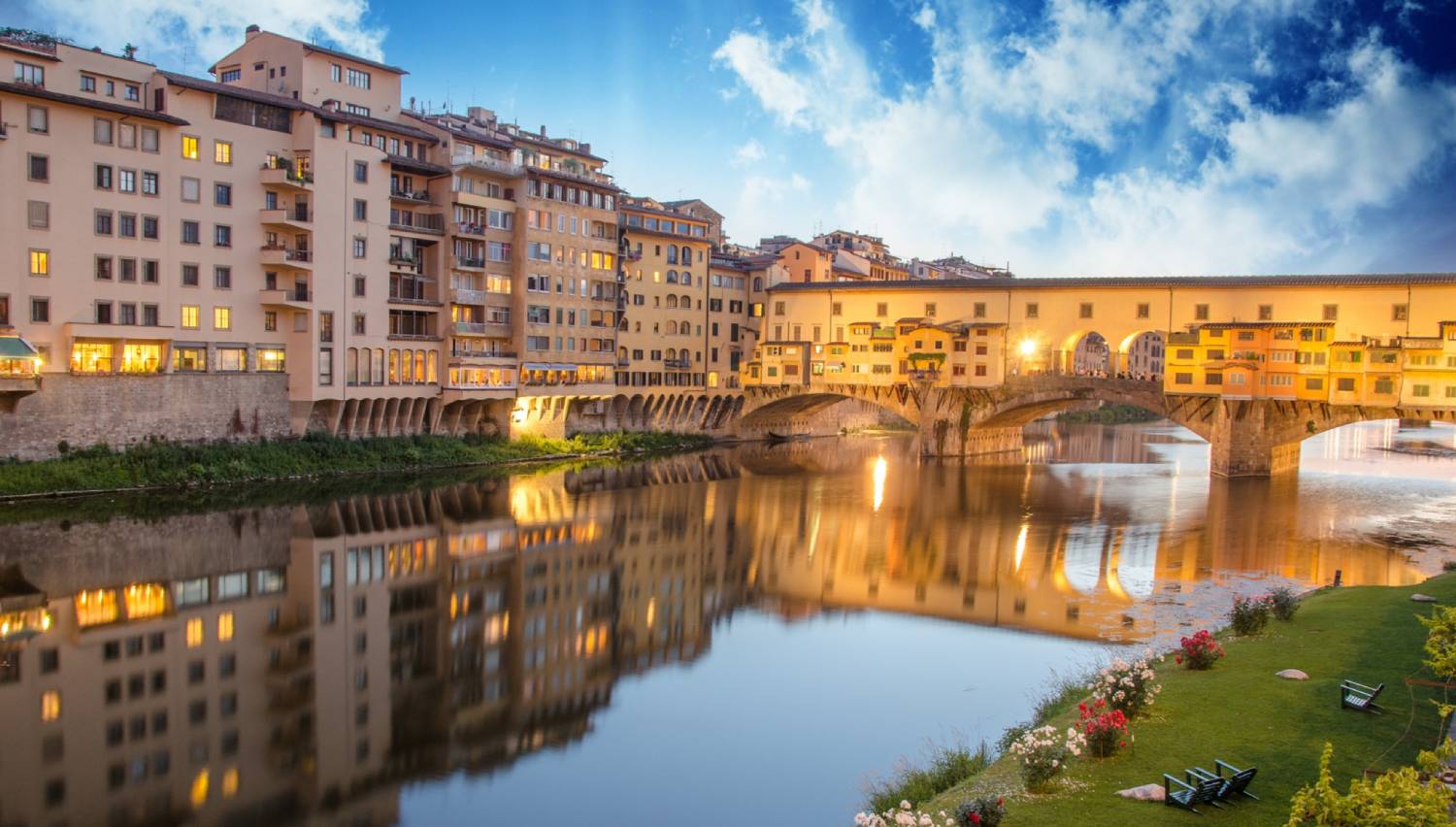 As you tour the city, at some point you will probably find yourself crossing the River Arno, which runs through the centre of the commercial sector. Take some time to imagine the history of this river, which was once a major highway for the country, bringing both trade and war to the city. Of course, the city has evolved, and the role of the river has changed, but it remains a vital part of Florence’s history. 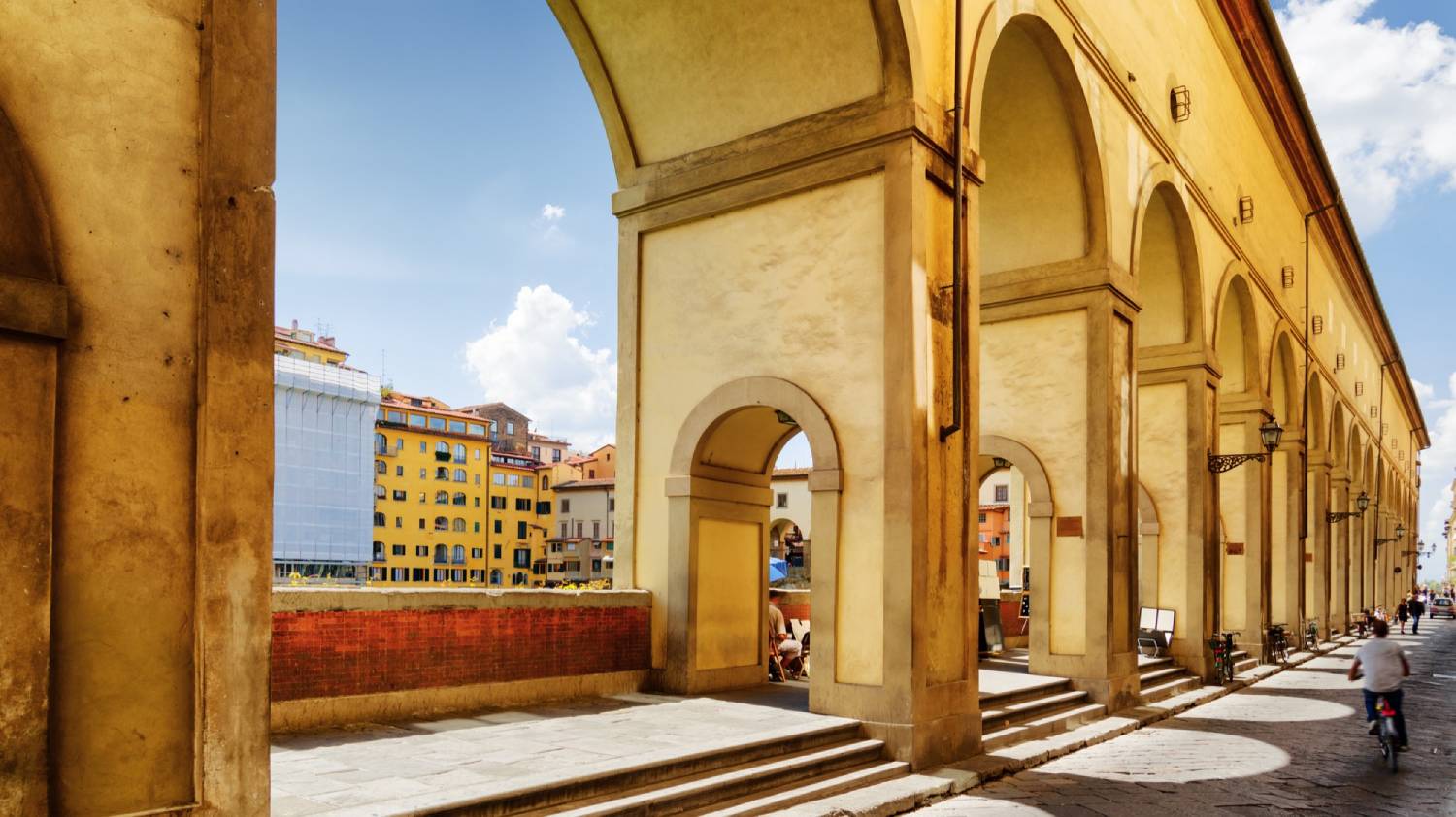 Take a guided tour of the Vasari Corridor to appreciate the opulence and grandeur of the city’s history. Built in 1564, for the convenience of the ruling Medici family – to travel from their home to the seat of government – this elevated one-kilometre corridor is now home to many works of art. Stroll along the corridor and your guide will bring the history and artwork to life!

Take a day to visit Pitti Palace (Palazzo Pitti), and you will have hardly scratched the surface of the spectacular and enormous array of art, architecture, gardens and museum pieces on display. The palace was home to the rulers from the 1400’s to the early twentieth-century, and the collections are grand. There is a smorgasbord of treasures that await, so choose the areas of most interest to you, from the apartments, the artworks, the jewellery, the mosaics and the Boboli Gardens.