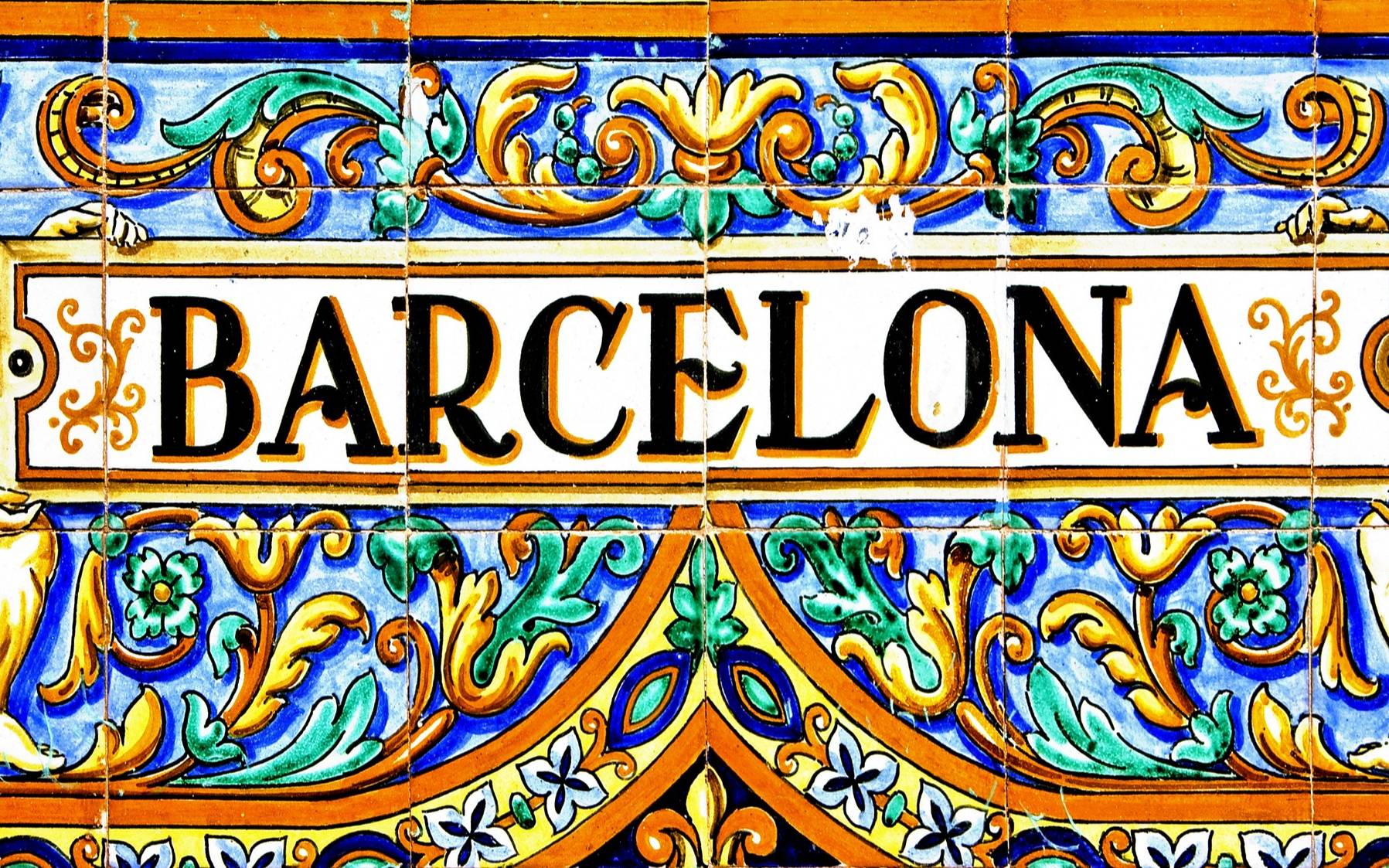 The Best Things To Do In Barcelona

It’s one of Europe’s most festive cities which promises hours and hours of fun in the glittering sunshine and monuments which will simply take your breath away. One of Spain’s most iconic destinations, Barcelona also figures among the best options for a vacation filled with non-stop shopping, clubbing and sightseeing. Catalonia’s capital city is located south of the Pyrenees. Sitting right on the Mediterranean coast, it lies between Girona which is situated to its north and Tarragona which is located to its south.

This sunlit port city is filled with marvels simply waiting to be discovered. From the colossal Sagrada Família with its soaring spires and exquisitely decorated interior, to the exciting and entertaining La Rambla packed with entertaining street performances and charming bars and restaurants. All these and more mean that your vacation in this city of marvels will be filled with excitement from the very instant you arrive. With landmarks such as the glittering Torre Glòries, the expansive Aquarium Barcelona and the breathtaking Sagrat Cor, it’s hardly surprising that Barcelona is one of the top tourist destinations in Spain and in the entire world. Madrileños (residents of Madrid) in search of a coastal escape will arrive at Barcelona El Prat International Airport in just an hour and 30 minutes while those who board the AVE train will alight in the Catalonian capital following a two and half hour trip.

Tarragona further down the coast is merely a one-hour train trip away while a journey from the Andalusian capital, Seville would take about five and half hours using the same mode of transport. Barcelona’s underground train system is quite handy for travelling around the city. Visitors who enjoy cycling will find several options available for renting since Barcelona’s bike sharing scheme is exclusively for residents. Partially completed but no less awe inspiring, the Sagrada Família is a colossal testimony to the genius of Antoni Gaudí one of Spain’s most illustrious architects.

With its lofty spires and exquisite design, in addition to its sheer size, it is one of the most striking examples of religious architecture which exists in Spain or on the entire continent. A visit to the Barri Gòtic (Gothic Quarter) also comes highly recommended during your stay in Barcelona. Located in Ciutat Vella, the Old City, the quarter with its maze like streets is home to the Palau Reial Major (Grand Royal Palace) and also the iconic restaurant Els Quatre Gats which enjoyed the patronage of luminaries such as Enric Granados, Pablo Picasso and Antoni Gaudí. 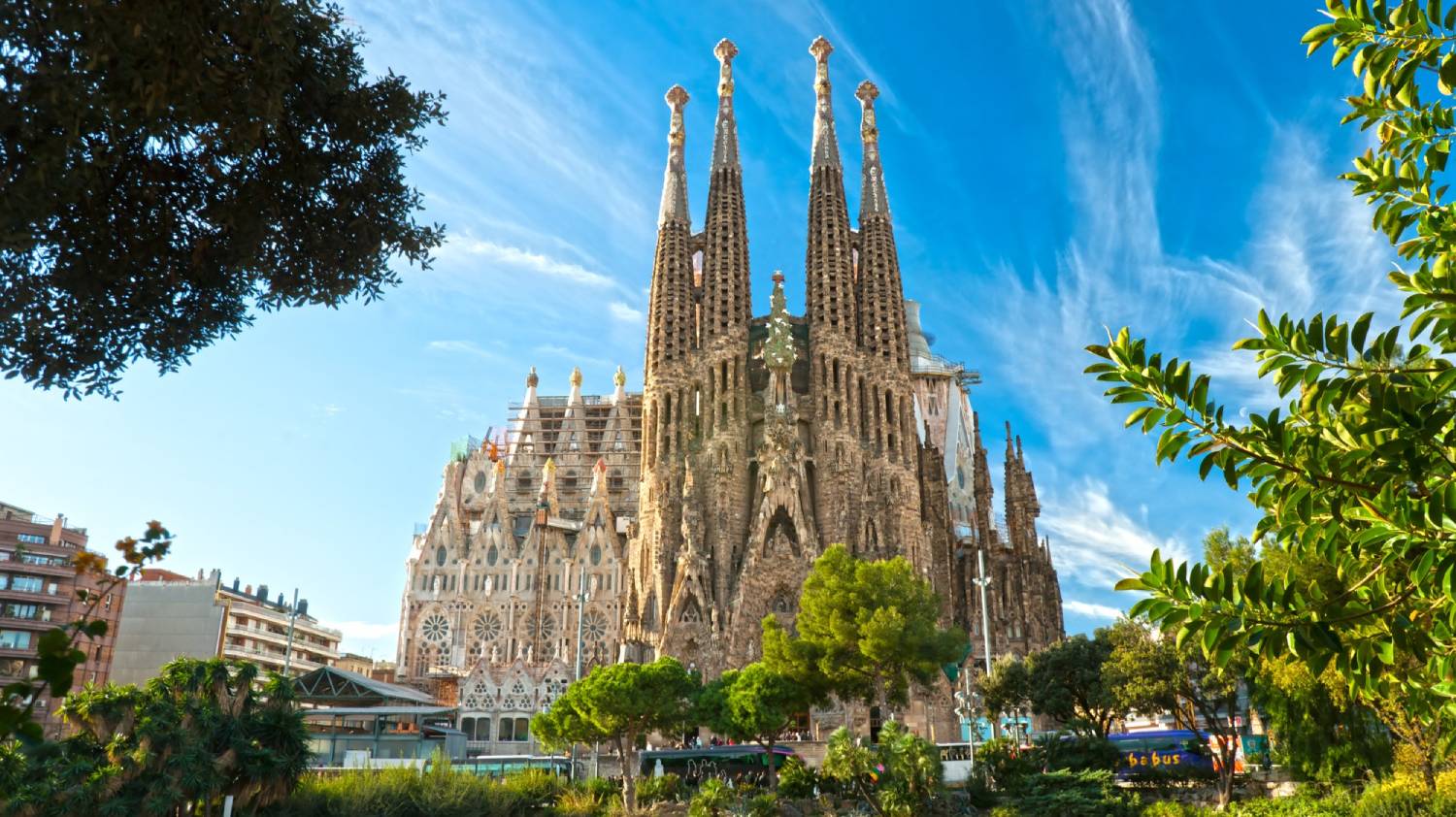 La Sagrada Familia is arguably the most famous structure in Barcelona; this magnificent church will hold you spellbound with its attention to detail and intricacy! Study the use of stained glass as you peer up at the towers, then take the elevator to the top to soak in the views. Take your time exploring, and absorb the history of the church’s construction which has been a work in progress since 1883! 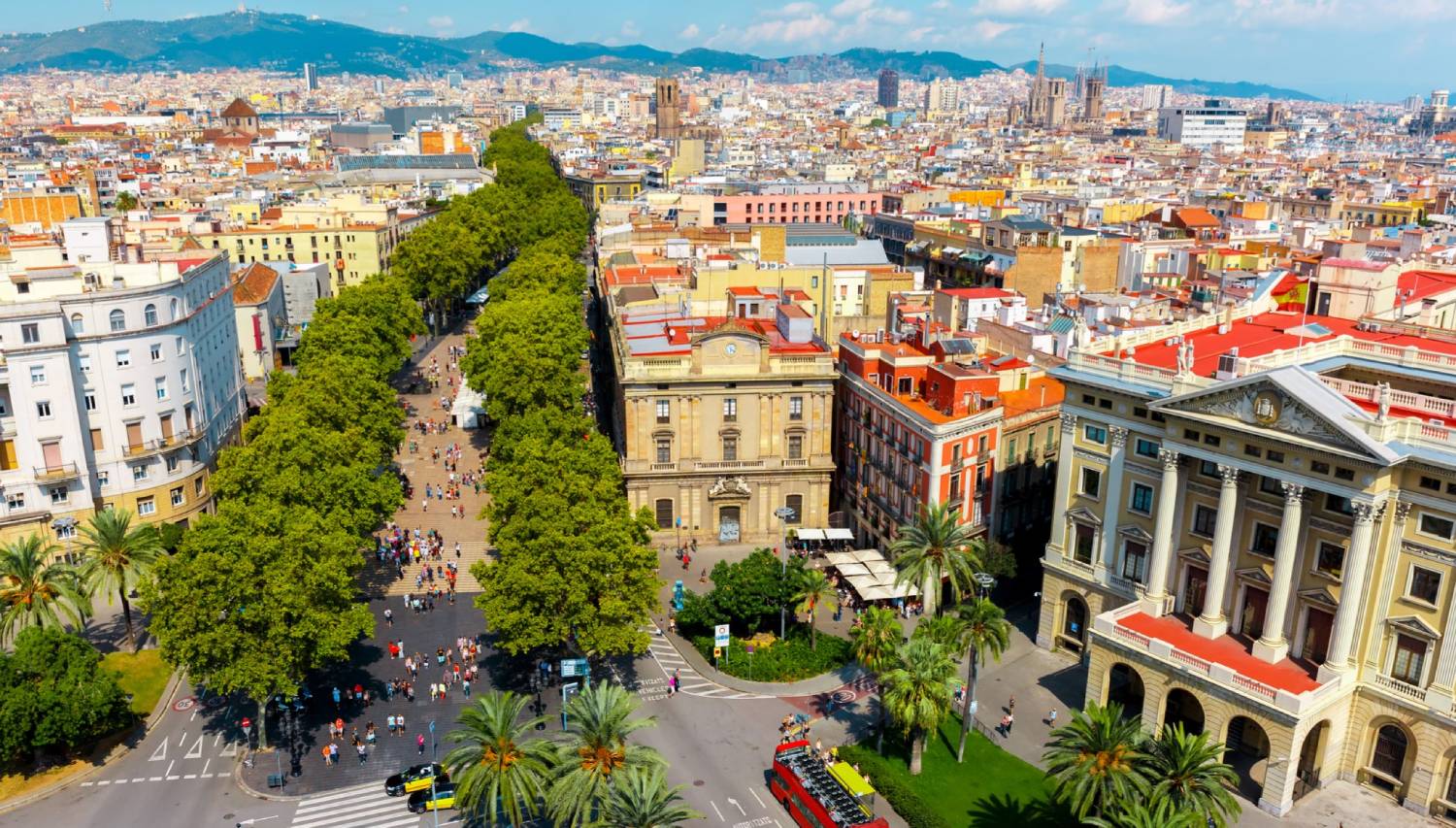 When visiting Barcelona, you will inevitably be drawn to Las Ramblas; a wide and spacious 1.2-kilometre pedestrian boulevard that runs through the centre of the city. Stroll through the trees that line this thoroughfare and sit for a while to take in the hustle and bustle as locals go about their day. Meander through the shops, and maybe stop for a coffee or a meal at one the many restaurants and cafes – it’s a great introduction to Barcelona! 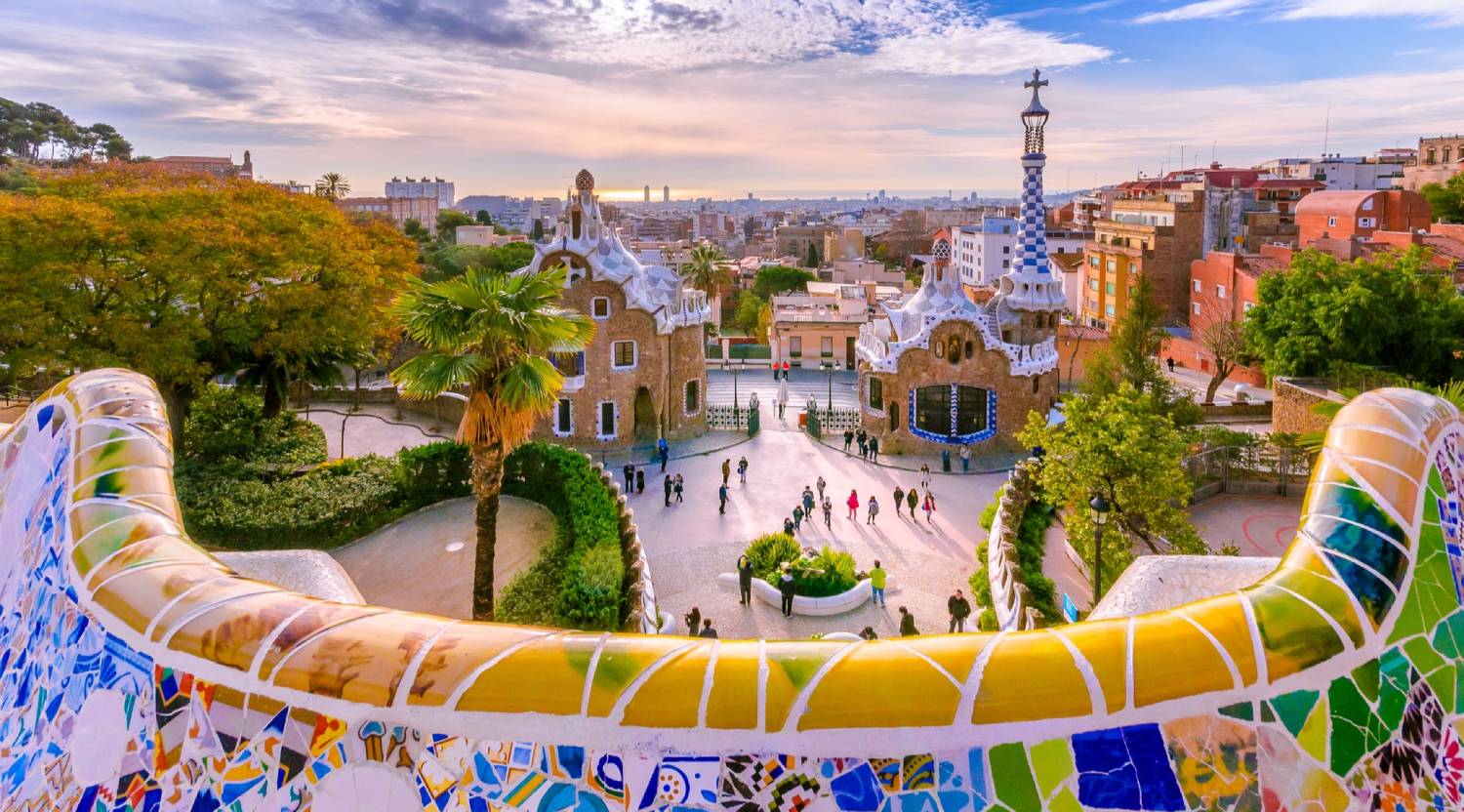 Antoni Gaudi was one of Spain’s most famous architects, and Park Guell – a public playground – is a living display of his brilliance. Make a visit to the park to explore an expansive display of the fountains, pedestrian walkways, and park benches that were made fun and interesting by this amazing architect. You can spend the day exploring the public park and taking in the view of the city from the hill top, or purchase a ticket and extend your visit to the Monumental Core. 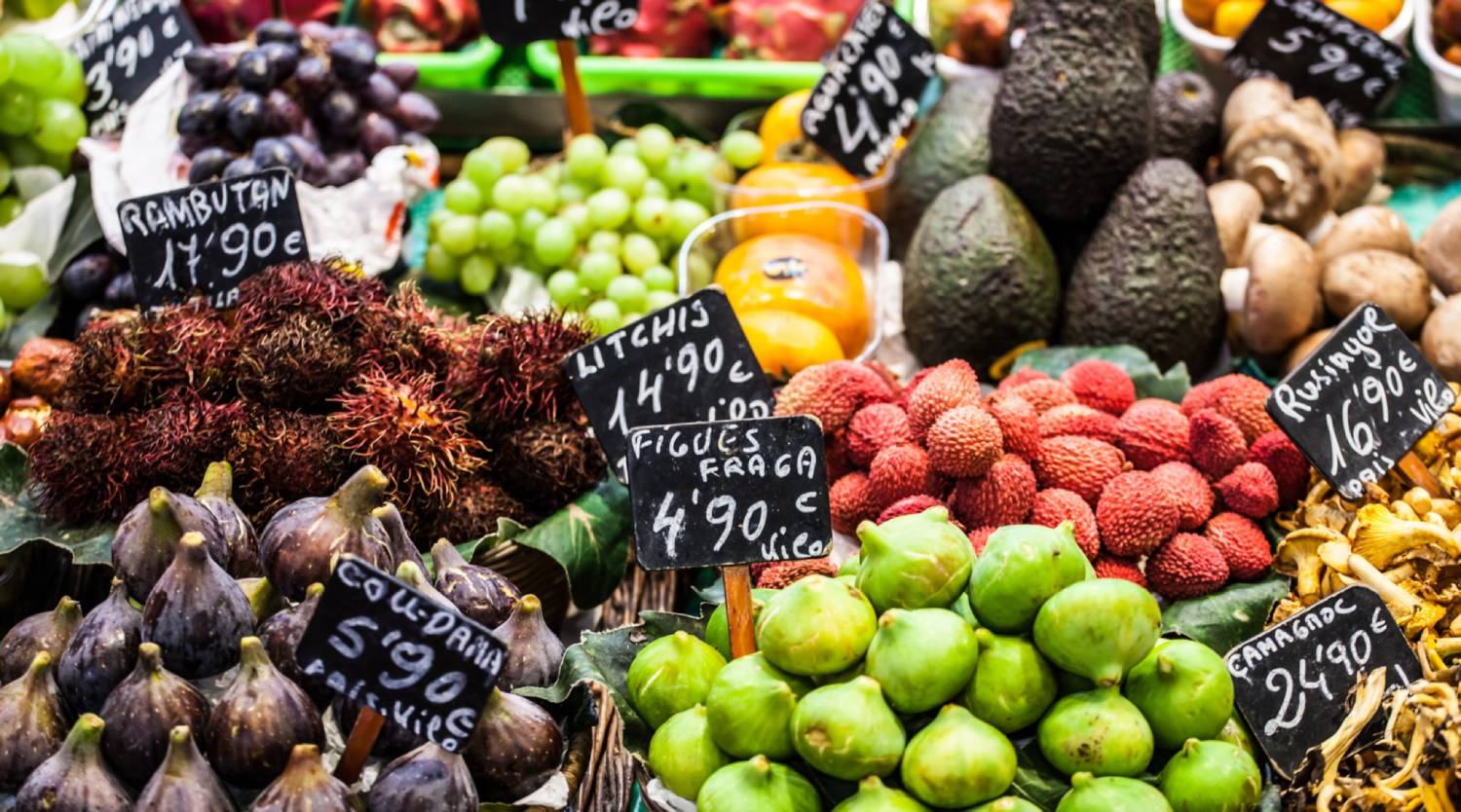 Busy and bustling, La Boqueria Market has been the city’s premier food market since the thirteenth century. Come down and explore the enormous range of foods offered by over 200 stalls, and watch as shoppers haggle with vendors over the price! Take a seat and look up at the modernist iron and glass canopy that has housed the market since 1914 – this is the place to see the real Barcelona at work! 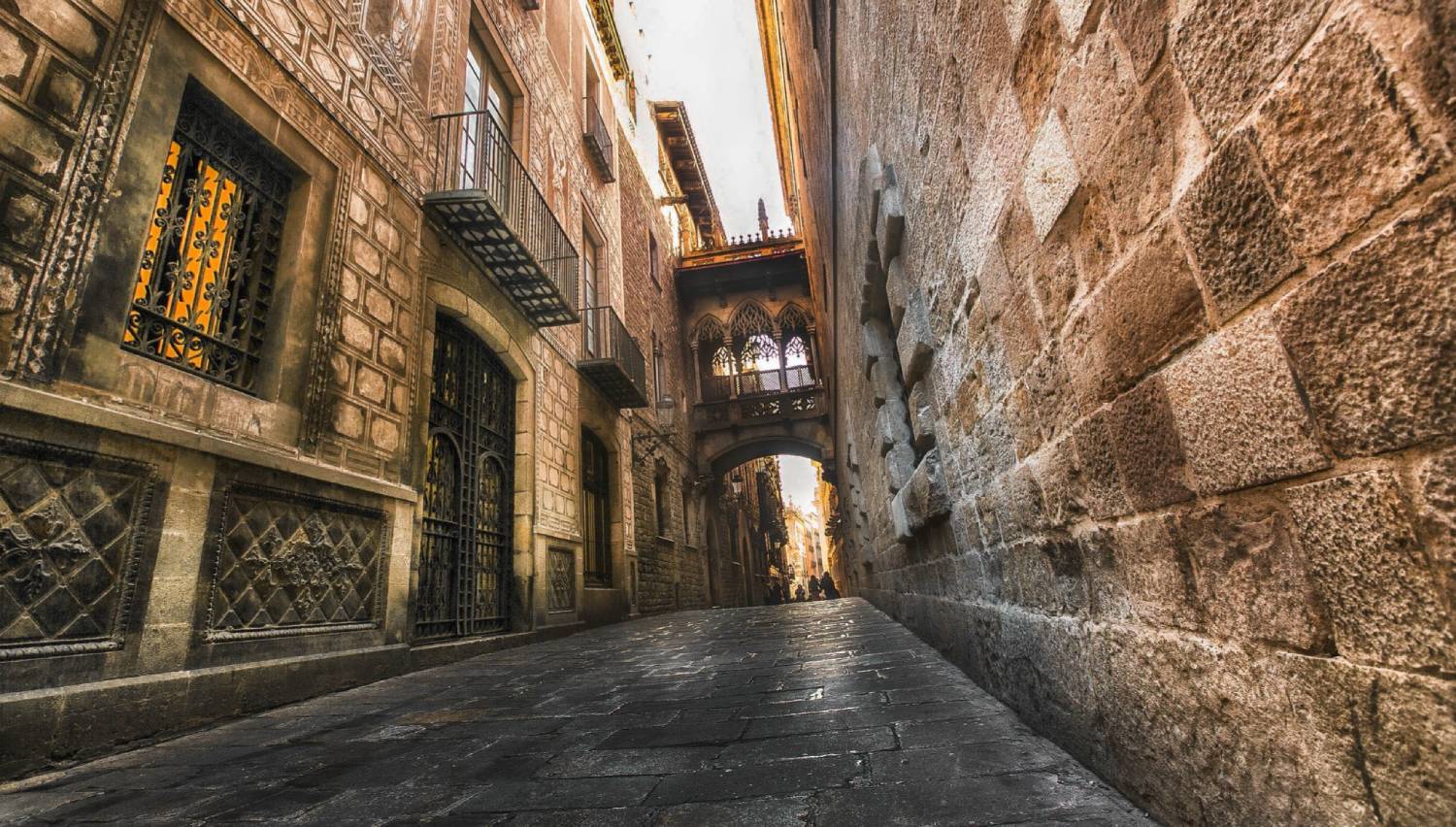 Every great city has a favourite locale with a “vibe” that attracts both locals and tourists en masse – for Barcelona, that place is the Gothic Quarter. Take time out to explore the nooks and crannies of the medieval architecture, meander through the boutique shops, and stop for a drink or meal at one of the many restaurants, bars and cafes! The Gothic Quarter is so full of history, including famous sights, beautiful cathedrals, and the ruins of roman walls – come and see for yourself! 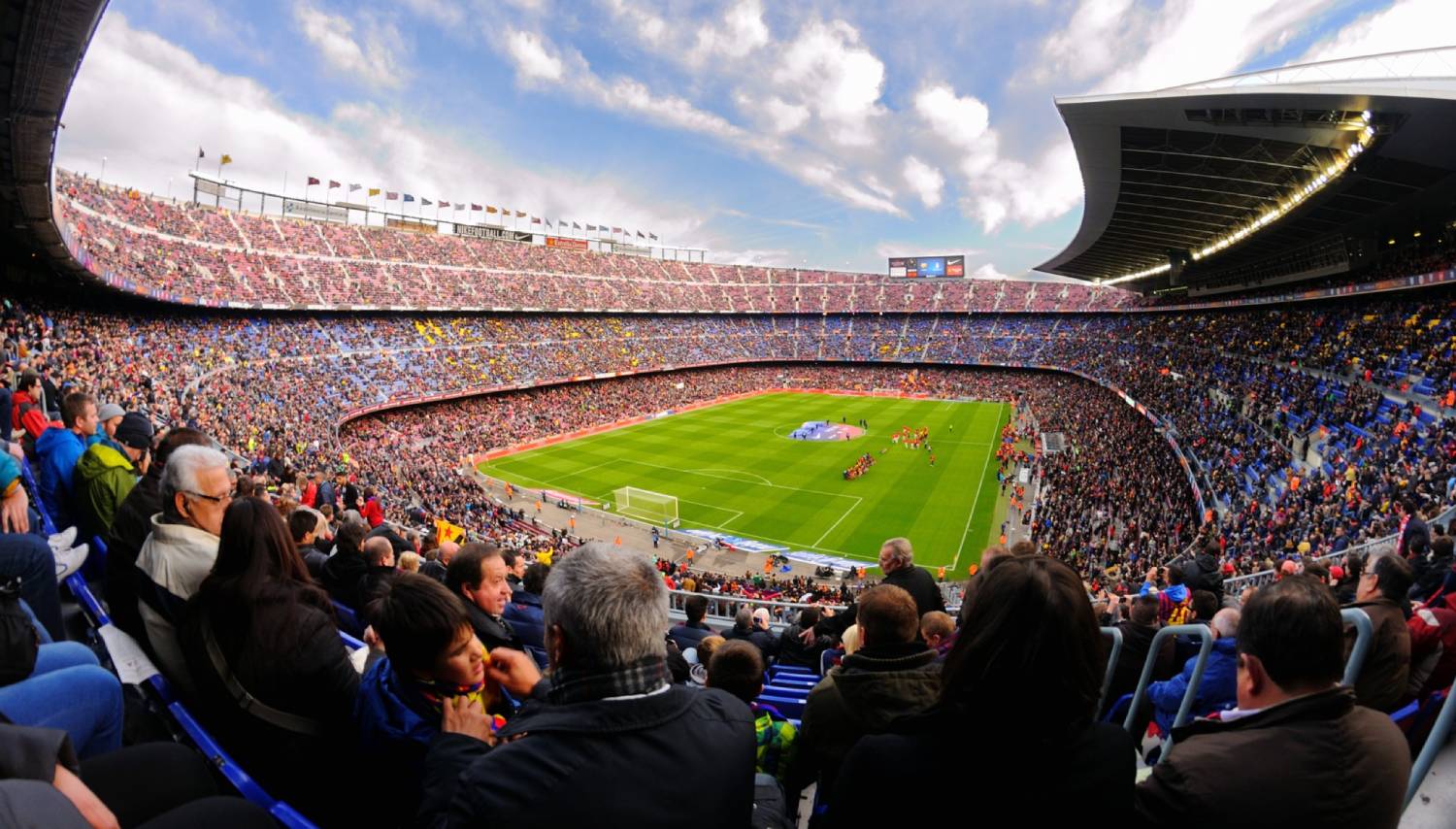 Football lovers make your way to Camp Nou; the biggest football stadium in Europe and the home of FC Barcelona. Take this amazing tour and enter the world of the elite footballer – walk the players tunnel, stride onto the pitch, and head to the locker rooms to absorb the history and routine of the players on game day. The tour will also take you to the Sports Medical Centre, the Press Room and the Presidential Box. Finish this magical tour exploring the museum, and even get your photo taken with the European Champions Cup! 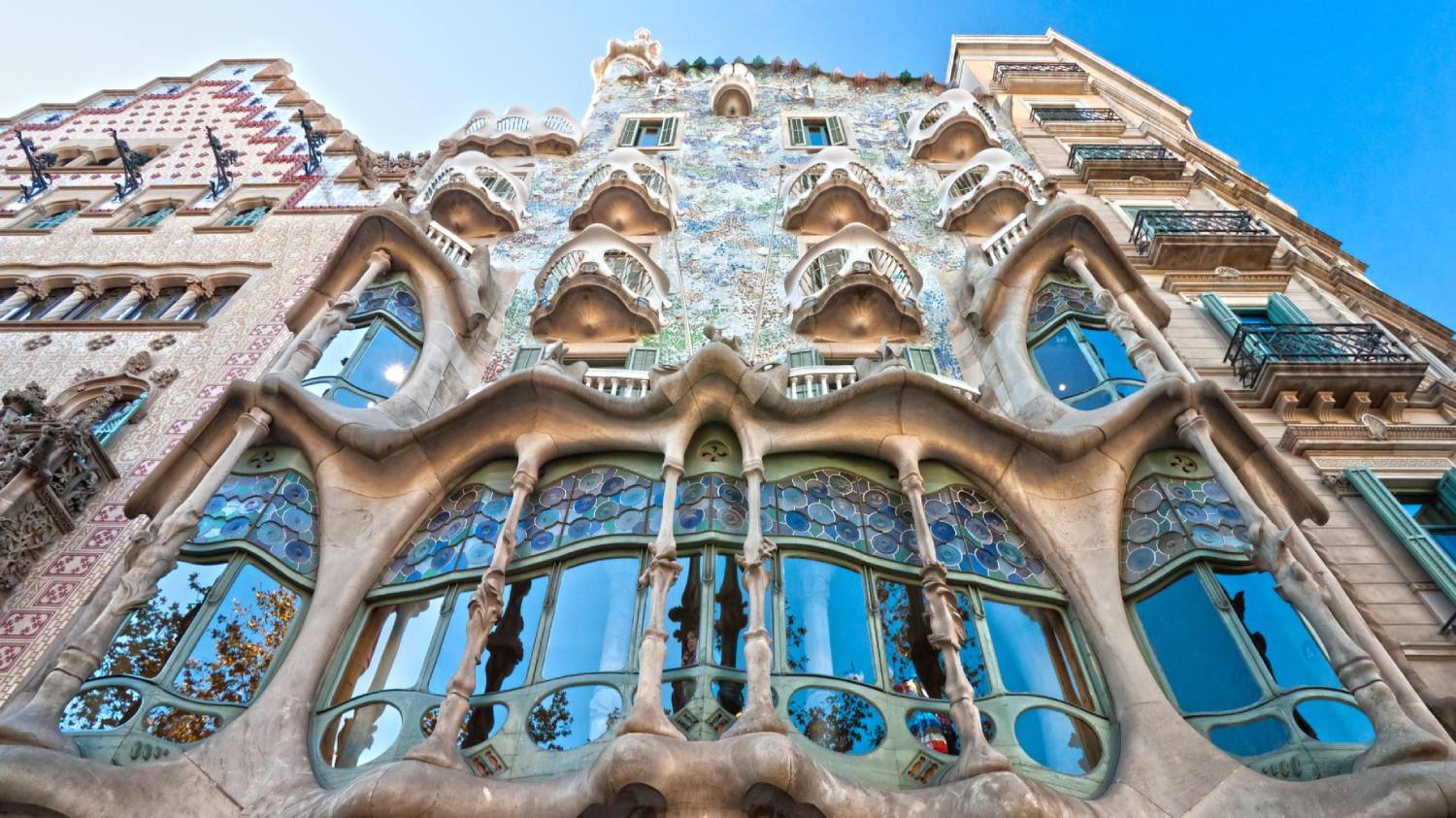 A visit to Casa Batllo takes you into the world of Spain’s most famous architect – Antonio Gaudi – and when you step inside it’s like entering a fairy-tale! Absorb the history and stunning designs of this immaculate 19th-century, UNESCO World Heritage Listed building, which is more accurately described as a beautiful piece of art! Have your guide explain the secrets of the house, and the challenges of the construction, and then stay for the evening and enjoy an open-air concert with views over the city! 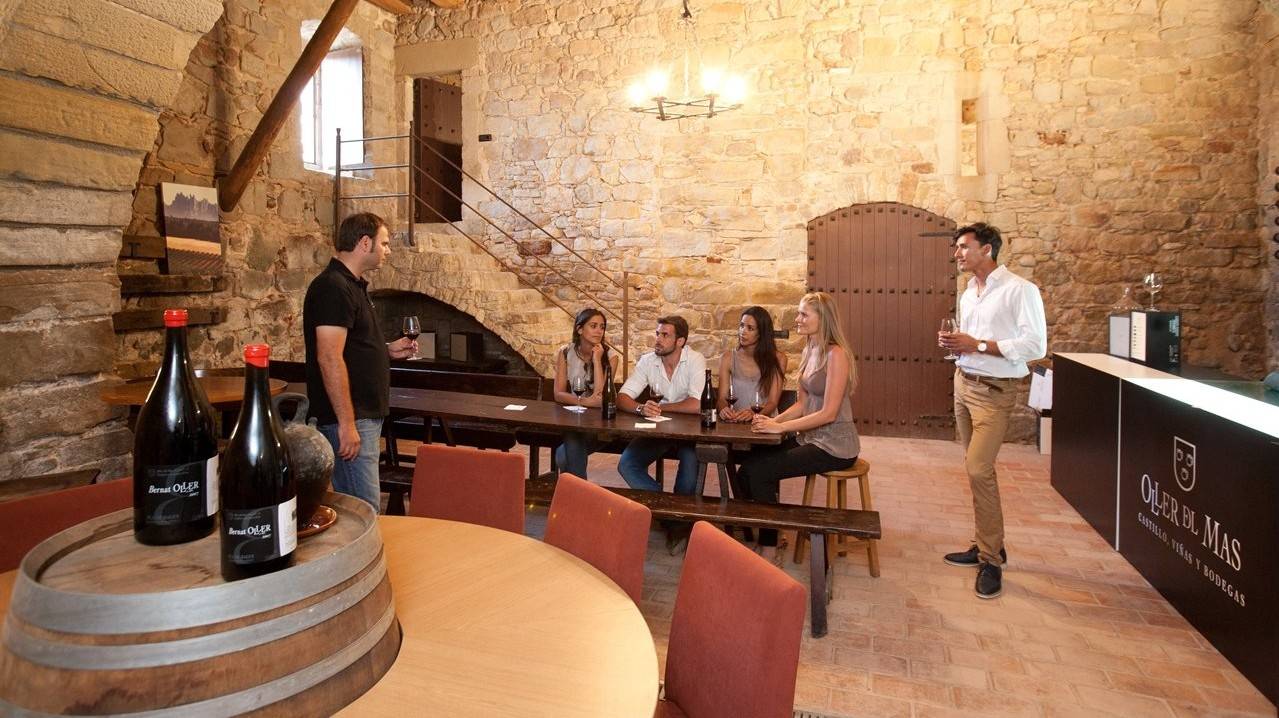 Combine history with wine tasting at Oller del Mas, experience beautiful wines in the perfect setting of a tenth century castle on a 1000 acre estate. You can choose a quick wine tasting session, a half day tour, or even settle in for a lazy lunch enjoying the local fare. What a great way to immerse yourself in the Catalonian culture, history and cuisine! 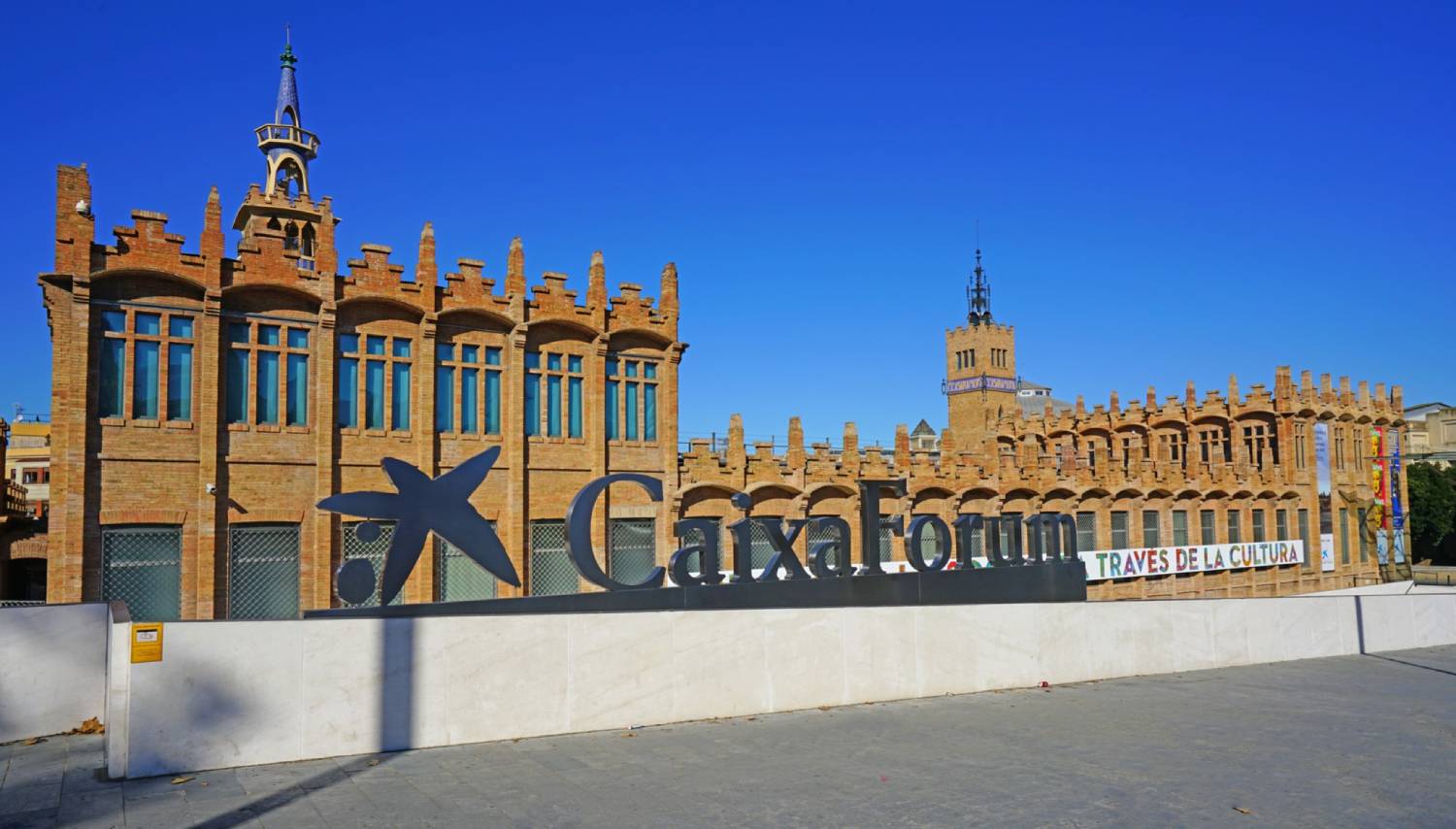 Established in 2002, the CaixaForum Barcelona has quickly established a reputation as one the city’s best and most popular modern art galleries. The good impressions start with the striking architecture of the building, with a metal and glass canopy frontage. As you wander around the gallery, enjoy over 700 works – by artists such as Salvador Dali, William Turner and Sol Lewitt – while you let the young ones be fascinated at the children’s art workshop! 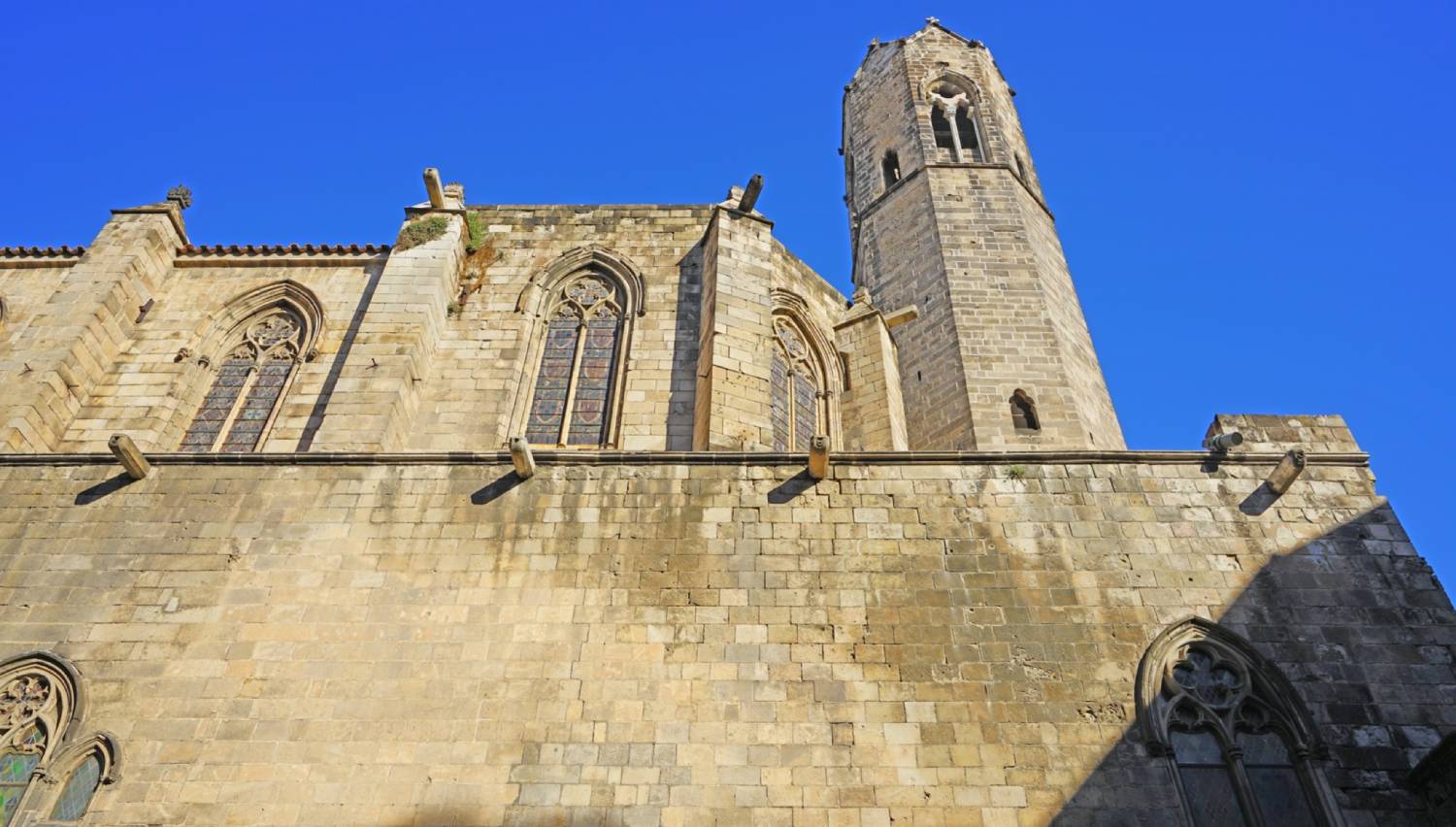 Come to the Barcelona City History Museum (MUHBA) for a fascinating trip through the history of this old and great city – from ancient roman times through to today. Opened in 1943, as you wander through the museum’s halls – absorbing over 35,000 objects and the stories they tell – you come to appreciate the rich culture of this country, as well the trials and tribulations faced over the centuries. 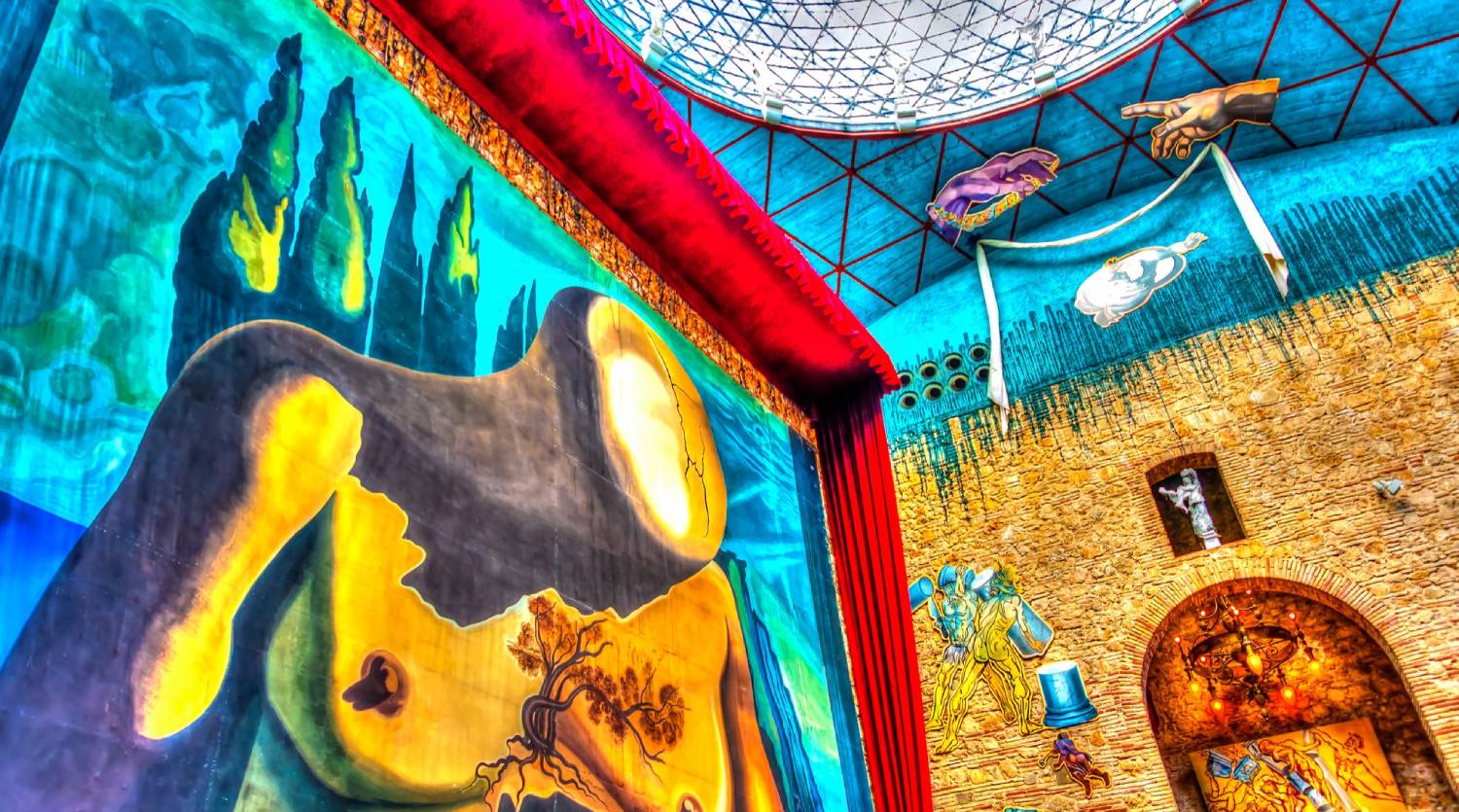 If you love art or appreciate beauty, take a break and travel to Figueres to visit the Dali Theatre Museum. Here you will find many of the works of Figueres’ favourite son, Salvador Dali. As you approach the museum, you will be awestruck by the beauty of the building – the largest surrealist object in the world, and perhaps the artist’s greatest work is the museum itself! As you wander, appreciate the many famous works that span Salvador Dali’s life, and fittingly, his death – the artist’s crypt is in the centre of the museum! 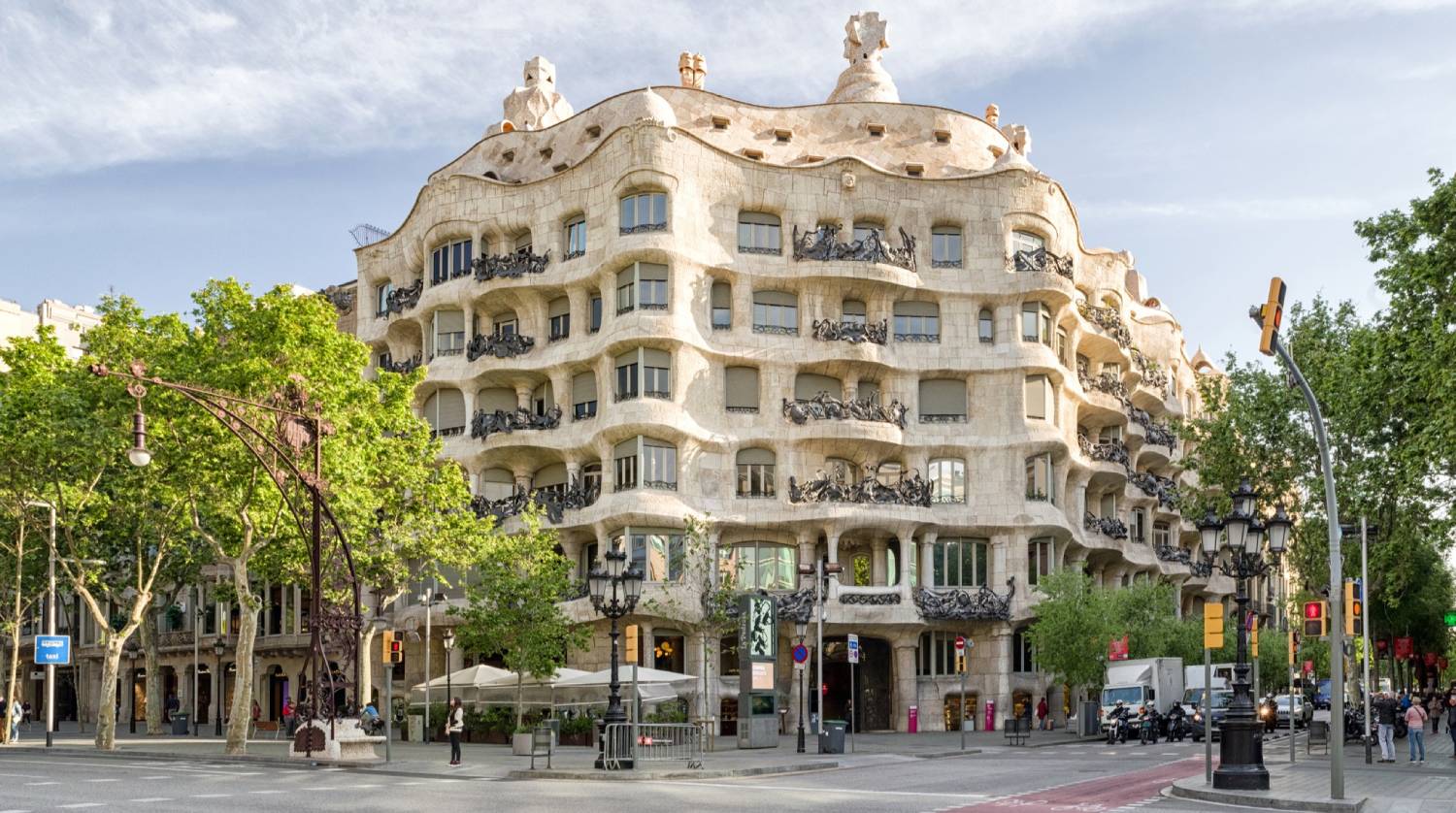 A magnificent example of Antonio Gaudi’s architecture can be found at La Pedrera – Mila House (Casa Mila). A favourite of the bourgeoisie of the time; the building was once apartments, but now you can visit a floor of the building and see the architecture and furnishings of a bygone era. You will find the Catalonian elite were certainly an opulent people – visit the roof and see the chimney pots sculptured into the form of medieval knights! 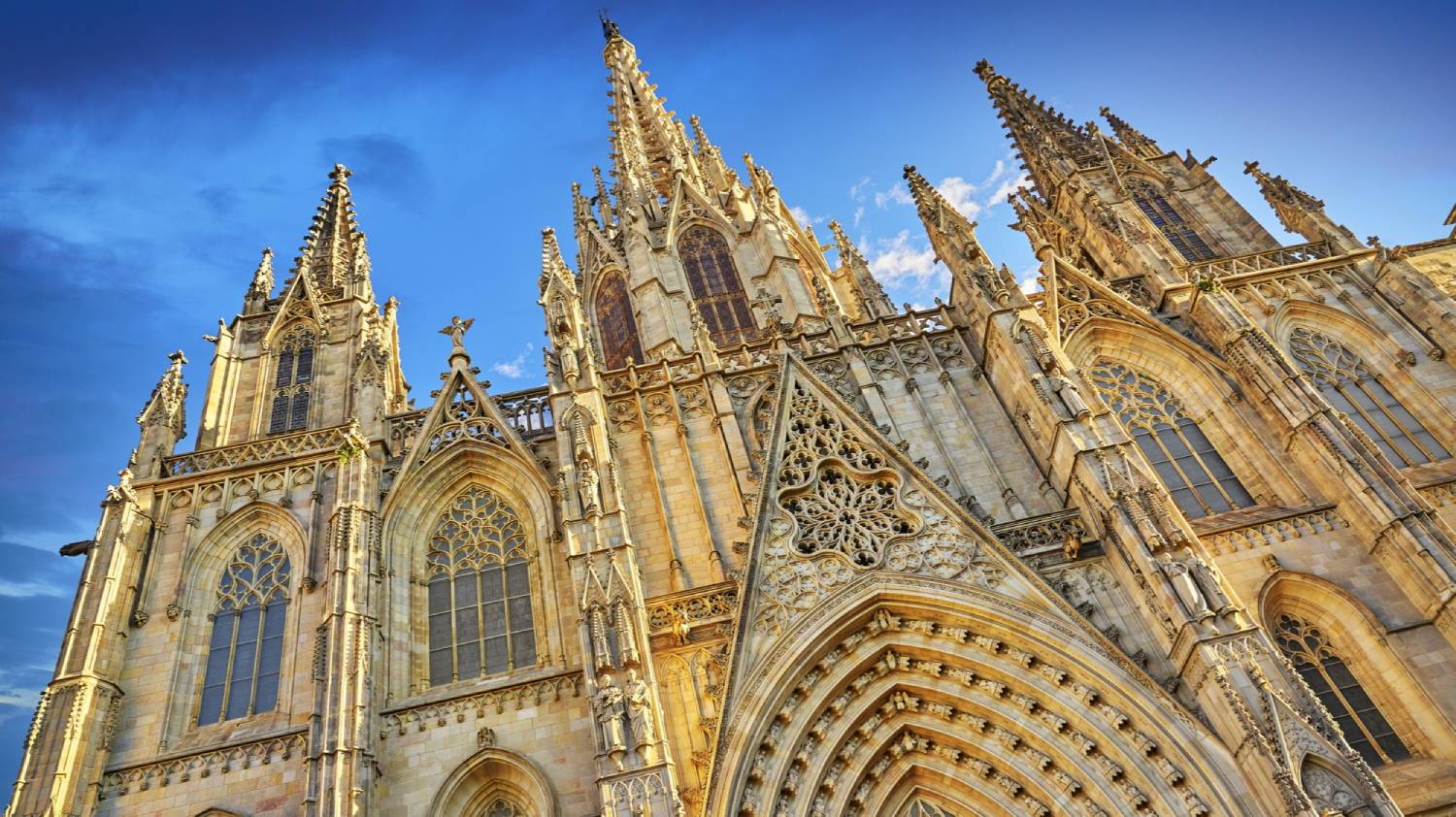 The Cathedral of Barcelona has towered over the city since the thirteenth century and has evolved to reflect it’s changing times, with the 90-metre dome constructed in 1913. Located in the centre of the Gothic Quarter, be amazed by the architecture, Gothic art, and the Baroque altarpieces. You will be immersed in the history of the city as you take time out to explore the beauty of this working Cathedral. 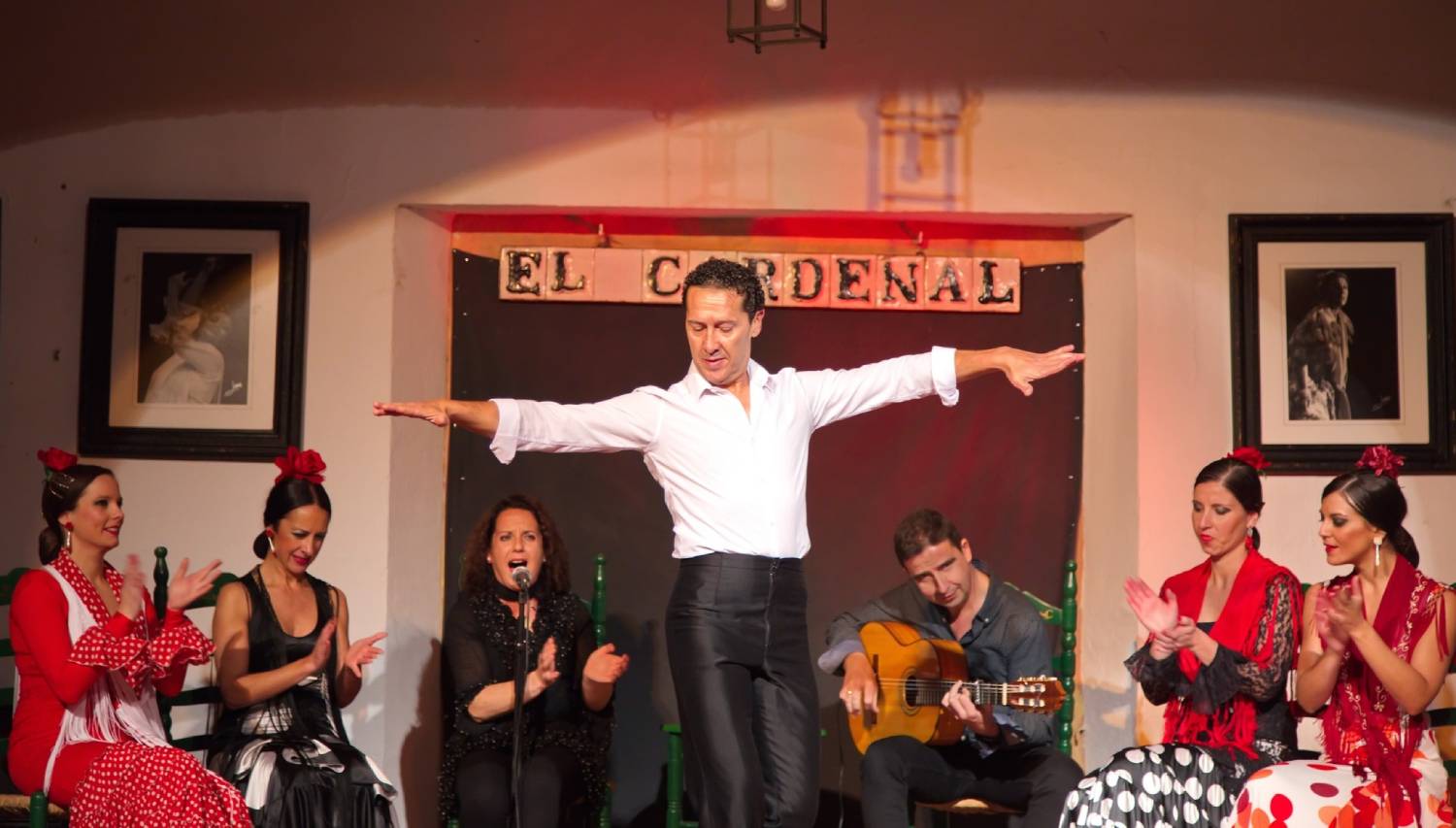 It’s time to party at Tablao Flamenco Cordobes! In the heart of the Las Ramblas District, people flock to this venue to experience flamenco at its best. There are several shows per night and the dancers are superb, make a night of it with a meal and a few drinks and then sit back and enjoy the a seriously lively and exciting two-hour show. Never tried flamenco? Put on your dancing shoes and get a one-hour lesson! 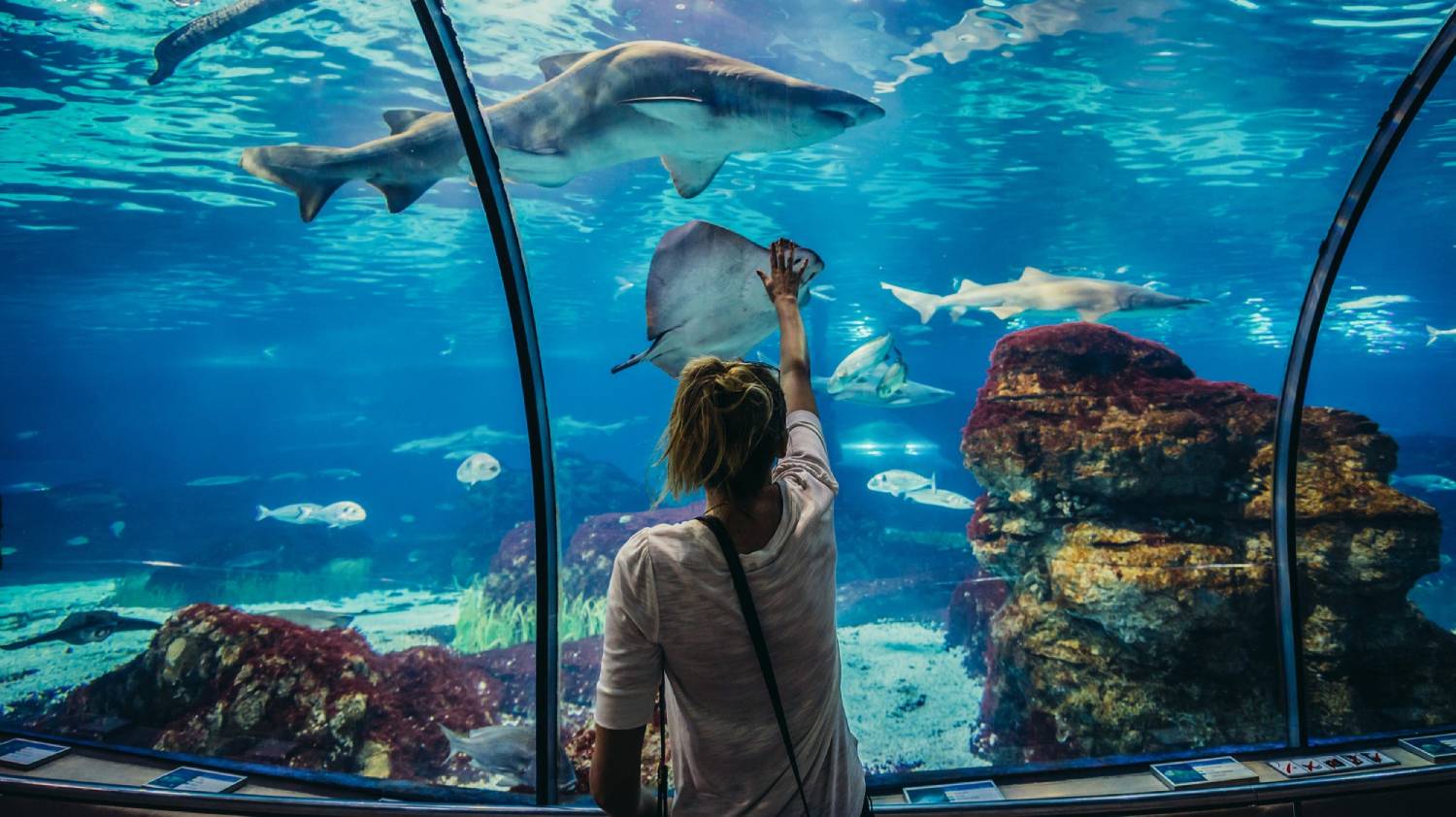 Take a break from the hustle and bustle of Barcelona and visit the Barcelona Aquarium (L’Aquarium). One of Europe’s largest aquariums, you will marvel at over 8000 marine creatures – the largest collection of Mediterranean Sea life in the world! Walk the glass tunnels and visit the touch pools to get up close with stingrays, or explore the mini aquariums and laugh at the antics of the penguins. This is a great day out for the whole family. 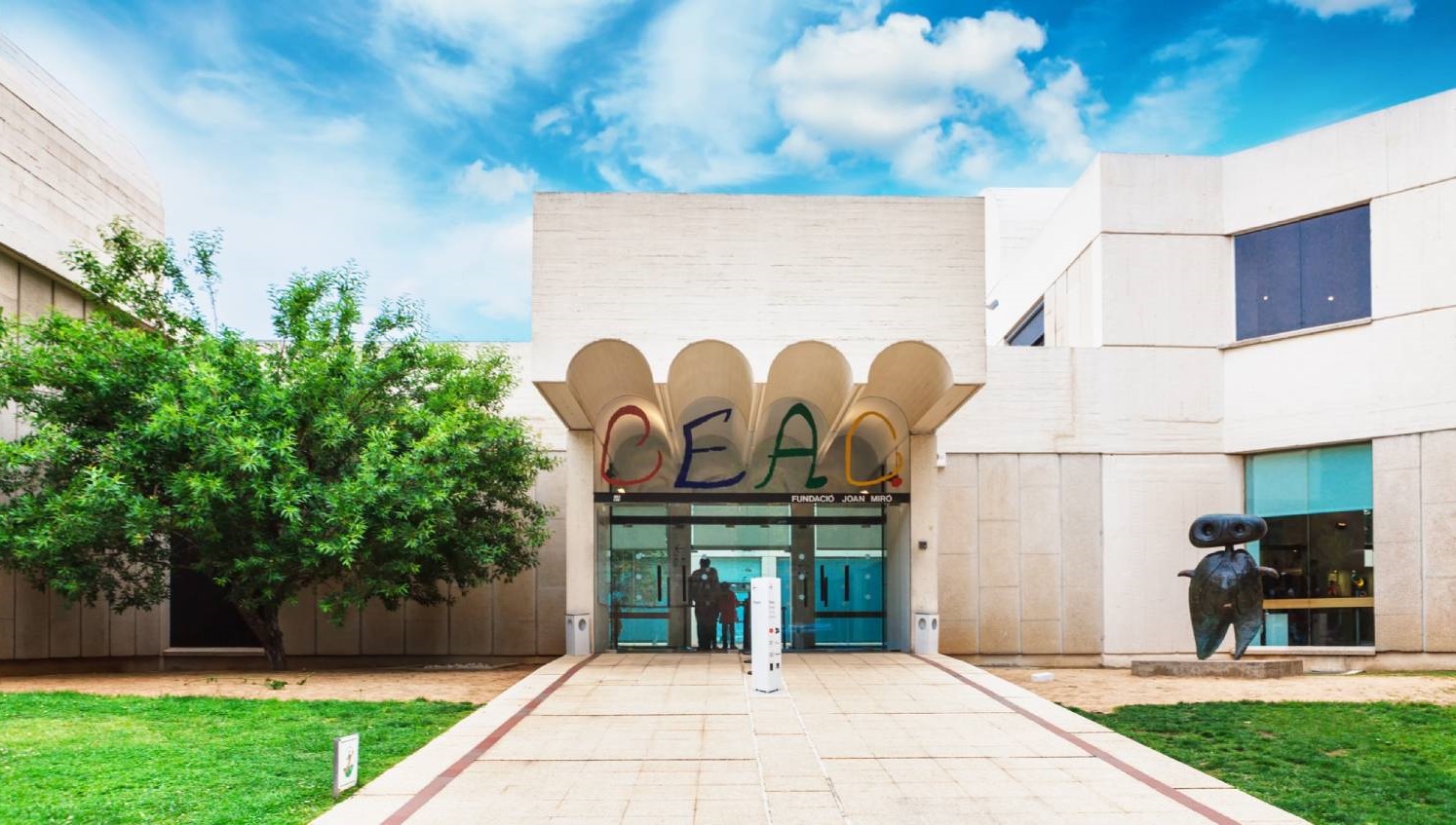 As you approach the Joan Miro Museum (Fundacio Joan Miro), the building – itself a piece of modern art – signals that the visit will be a special experience as you see, absorb, and admire the works of the famous twentieth century artist. Over 14,000 pieces of the artist’s works are displayed on a rotating basis, embracing the artist’s life and career, as he experimented with various media and styles.