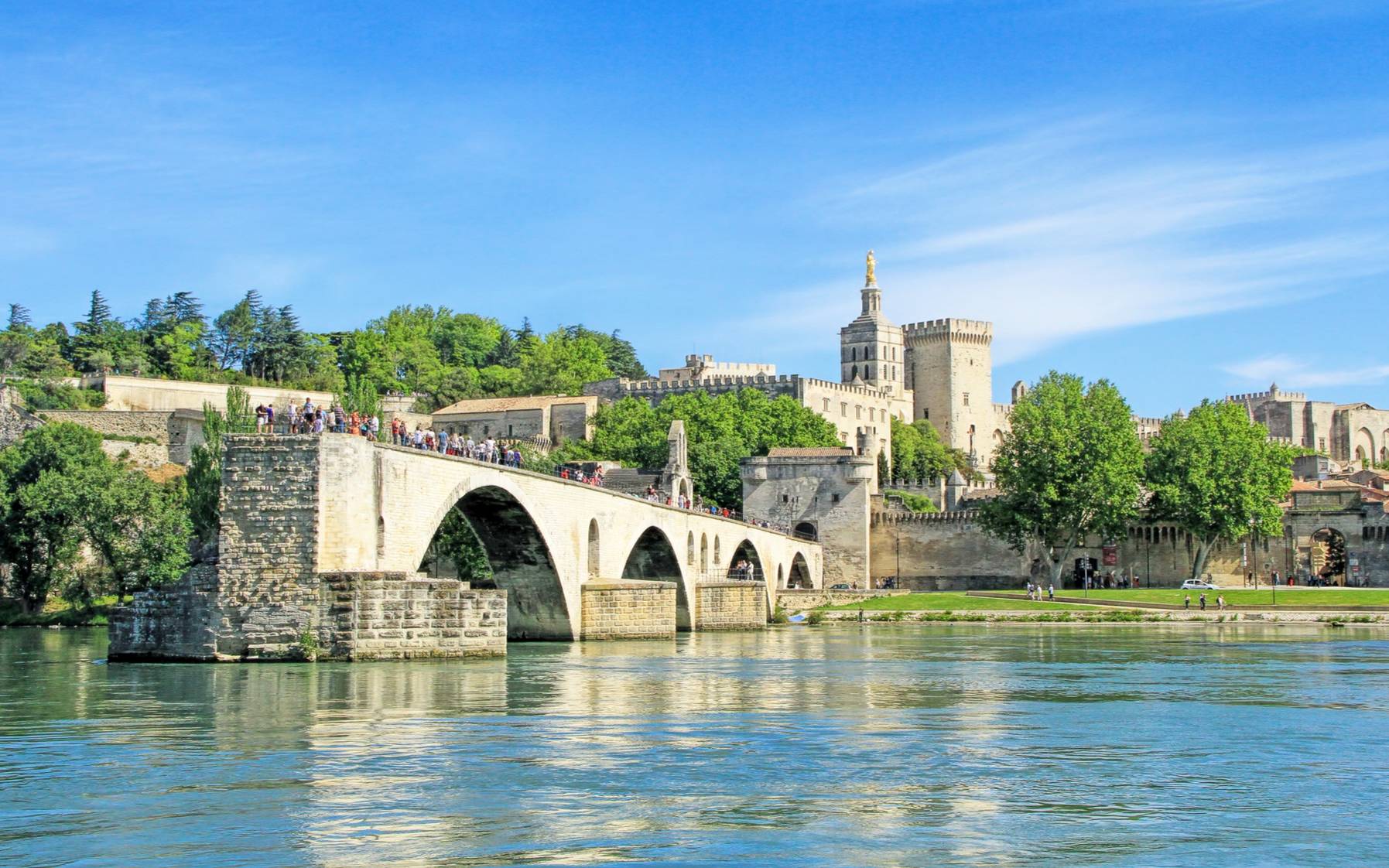 The Best Things To Do In Avignon

It sits on the banks of the Rhone and is one of the gateways to France’s rich history and culture. Renowned for its stately ancient cathedrals, the grandeur of its medieval fortifications and its magical summers, this fascinating city which lies close to the coast, is filled with wonders which are only waiting to be discovered. Avignon is located northeast of Nimes and Montpellier while Marseille and Toulon lie to its southeast. The city which sits just ahead of the Rhône’s meeting point with the Durance is also situated far southeast of the capital, Paris and southwest of Grenoble.

During your vacation in Avignon, you will be able to admire its art and architecture, tour its beautiful countryside and even attend a few cookery classes if you feel up to it. Your voyage of discovery awaits!

Marseille with its sunny beaches, exciting nightlife and bustling markets is situated just 85 km away from Avignon. Its airport is a key flight hub in the area although Avignon – Caumont Airport welcomes several flights from France’s neighbor on the opposite side of the channel, England. Tourists from London will be able to board the Eurostar at set times during the year, for a trip lasting six hours while those arriving from Paris on the other hand will be able to arrive by TGV in approximately two hours.

When it comes to getting around in Avignon, visitors will be able to rely on its transport network and will also find its bike sharing scheme an excellent means of navigating the city. One of Avignon’s most outstanding monuments is the Palais des Papes (The Palace of the Popes). This awe-inspiring edifice serves as a reminder of the period during which the city became one of the most powerful and important in the region. The massive Ramparts built by the popes also serve as another reminder of this illustrious period in the city’s history, and still surround Avignon. With its array of historical monuments, Avignon feels like an intersection between the past and the present. But that’s not all there is to this amazing tourist destination and you will be able to discover a varied selection of delights such as the delectable offerings at Place Pie’s Avignon Les Halles market, the dreamy fragrances of Pure Lavande and the magical ambience of Rue des Teinturiers. 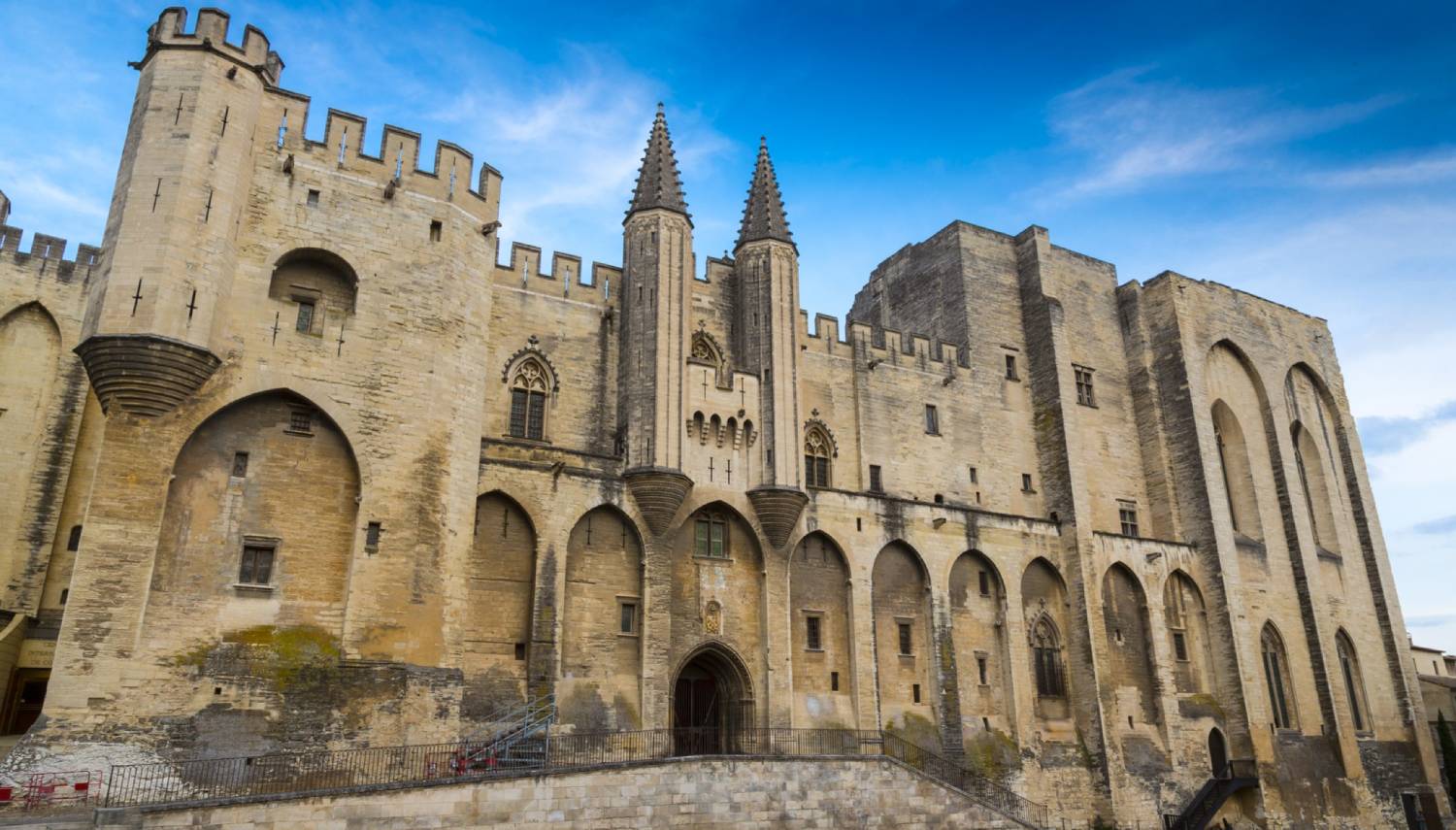 This grand Gothic structure in the heart of Avignon has been a fortress, a palace, and is now a museum! Once the centre of Christianity in the fourteenth-century, explore more than twenty rooms – including the Papal apartments – and the magnificent decorations that include paintings, frescoes, and tapestries. As you head to towards the top, there are also beautiful views of the city and countryside to be had. 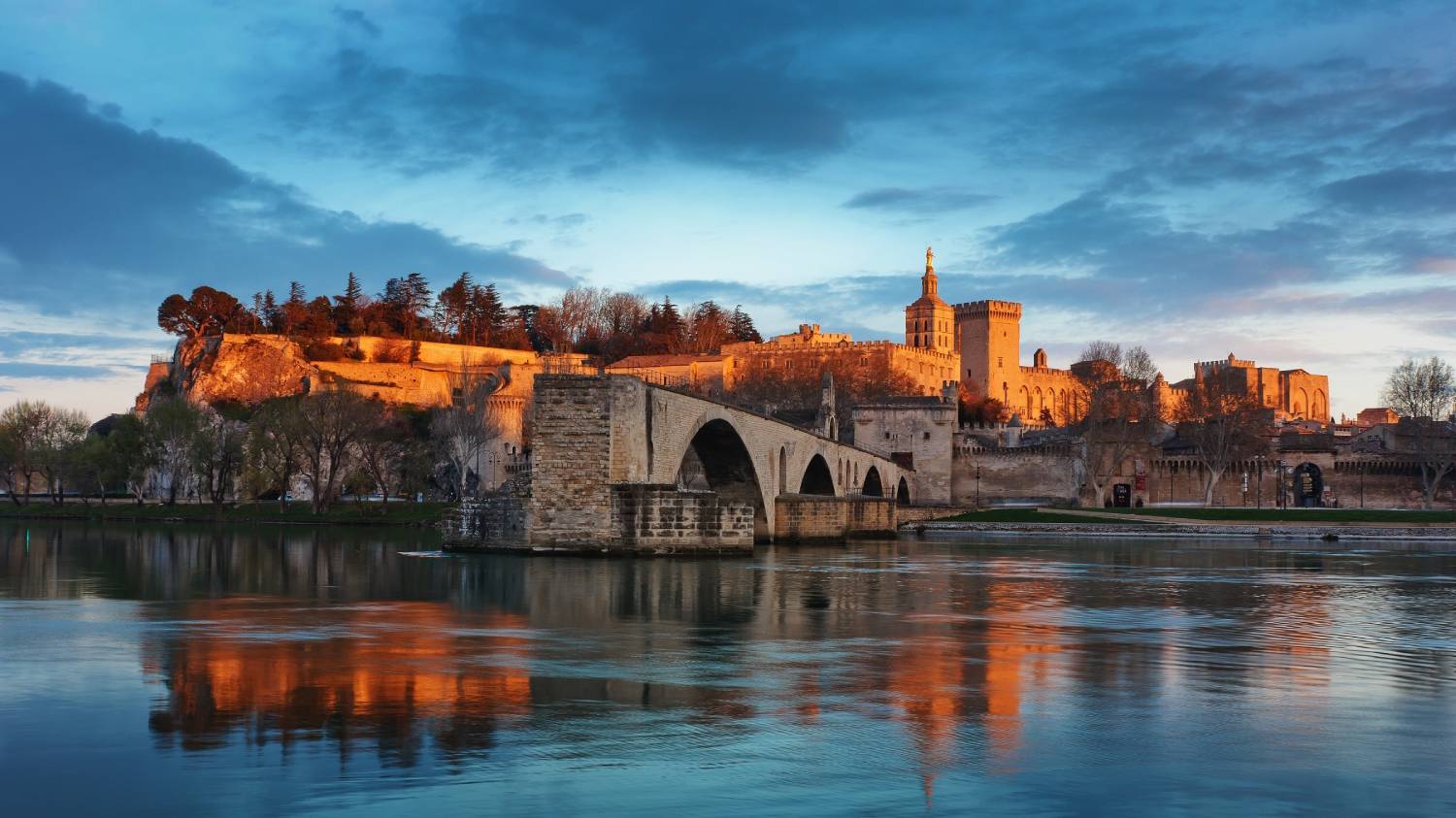 Dating back to the twelfth-century, the St Benezet Bridge – also known as the Pont d’Avignon – once spanned over 900 metres. Now, only four of the original arches remain. The bridge is listed as a UNESCO World Heritage Site, so take yourself back in time with a visit, and walk the same track as those from another era! 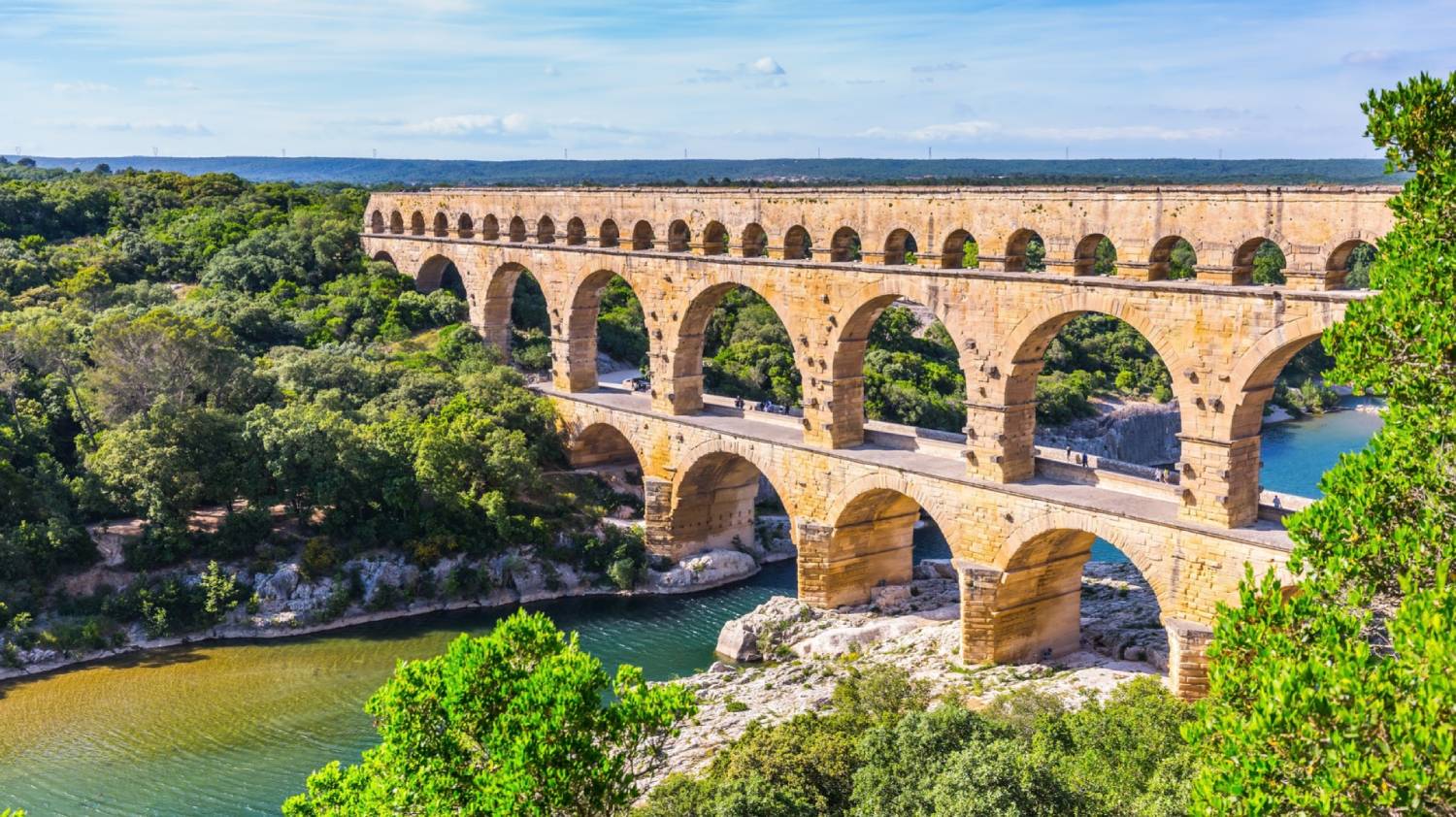 Dating back to the first-century, the Pont du Gard is an amazing engineering marvel; built by the Romans it carried water for fifty-kilometres from Uzes to Nimes! With three tiers, the structure stands 48-metres high and provides magnificent views of the river as you explore. Make sure you see the museum too; it takes you all the way back to the time of construction, through informative displays and film. 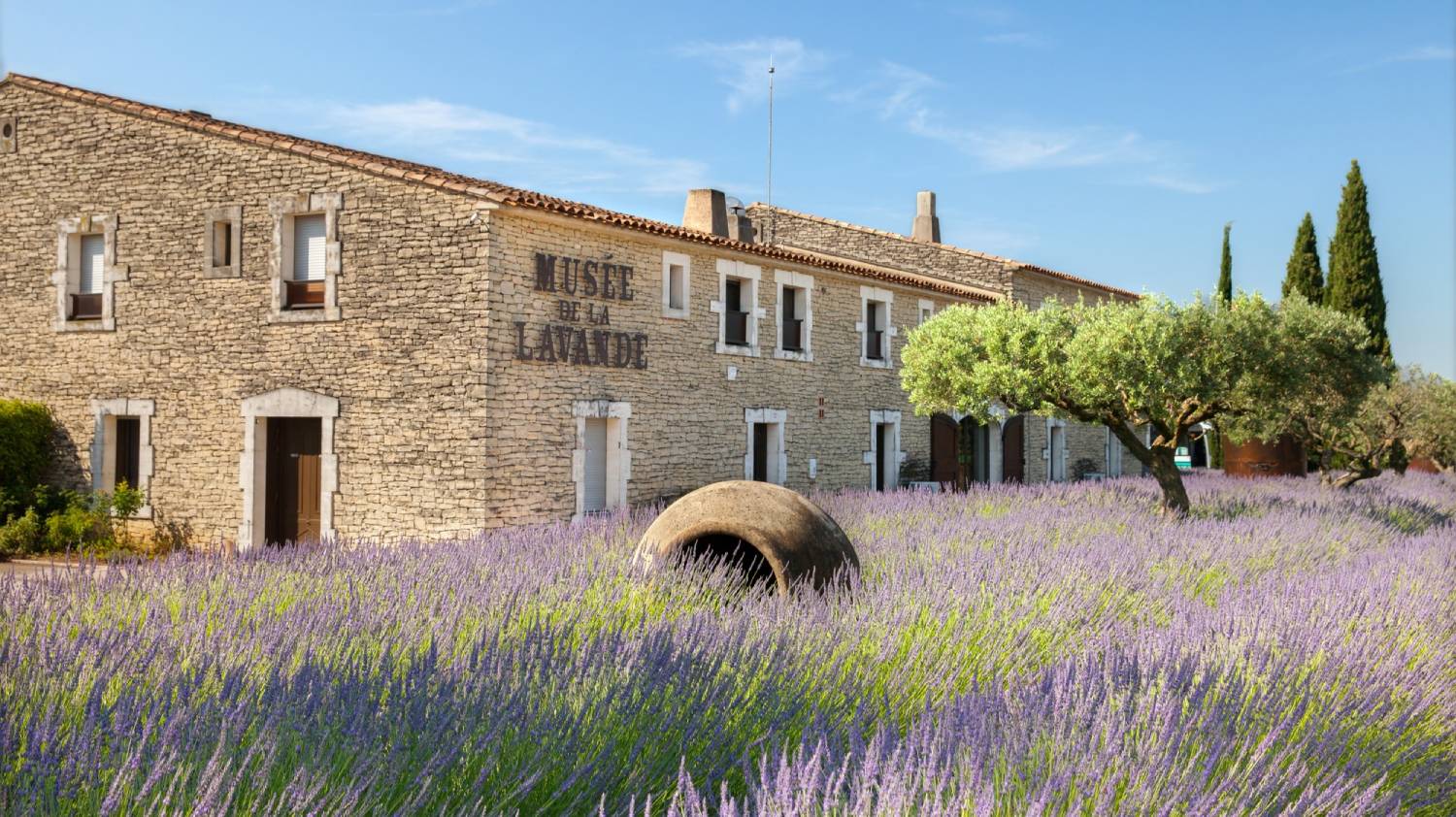 Take a break from sightseeing and experience French agriculture with a visit to the Coustellet Lavender Museum. Housed in a traditional farmhouse, the museum takes you through the history of the industry, with films and examples of distilling machines dating back to the seventeenth-century. See how modern farming operates today, and learn all about the qualities – and uses – of lavender. 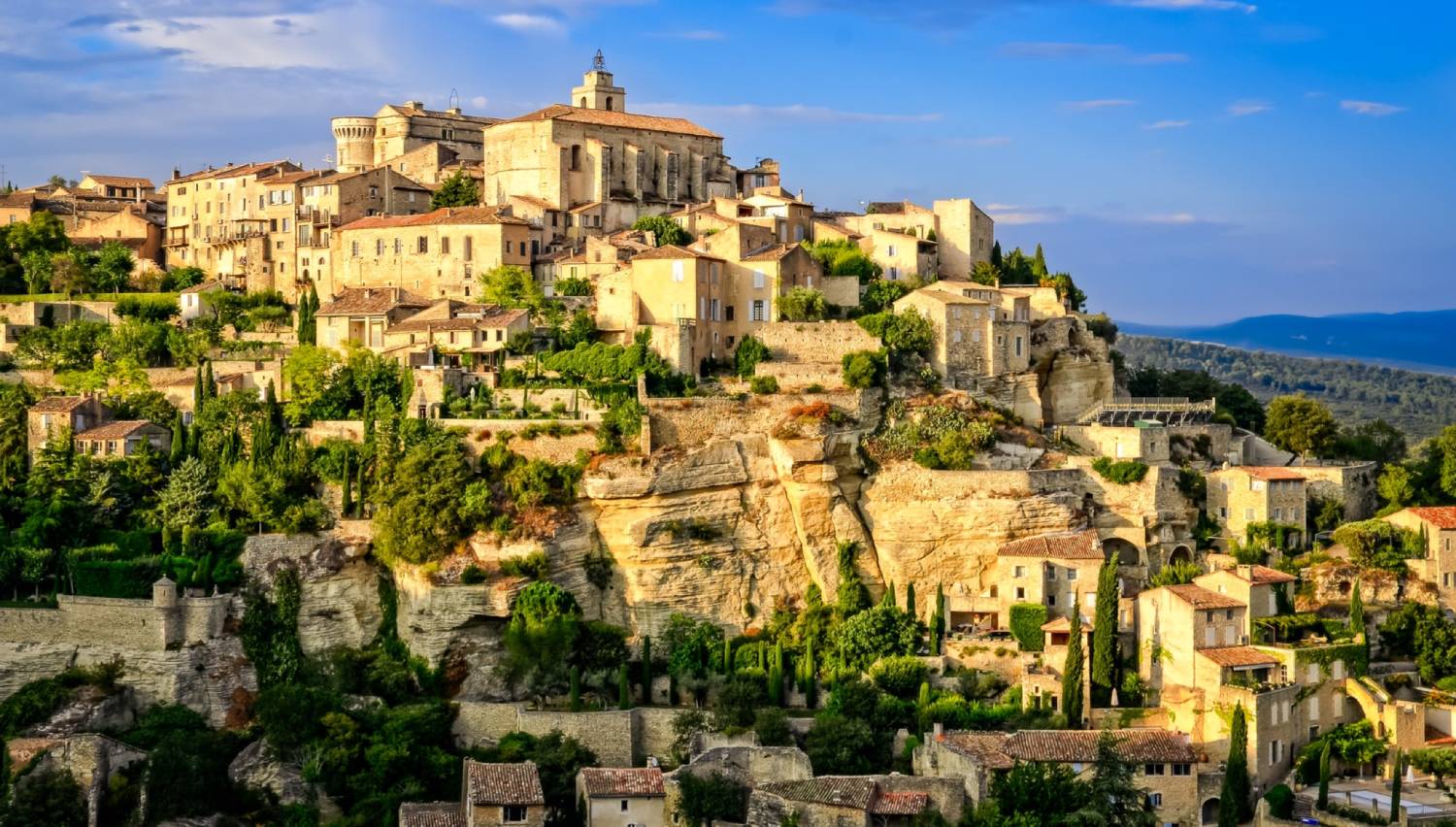 When you stand at the precipice of the precariously perched Gordes in Provence and look into the valley below, you’ll see a road leading away towards Apt. See it? That road is thousands of years old, built by the Romans. So in case the town itself doesn’t knock your socks off – and if it doesn’t, check your pulse – then the sight of that road should make you realize just how much history there is in this area of France. 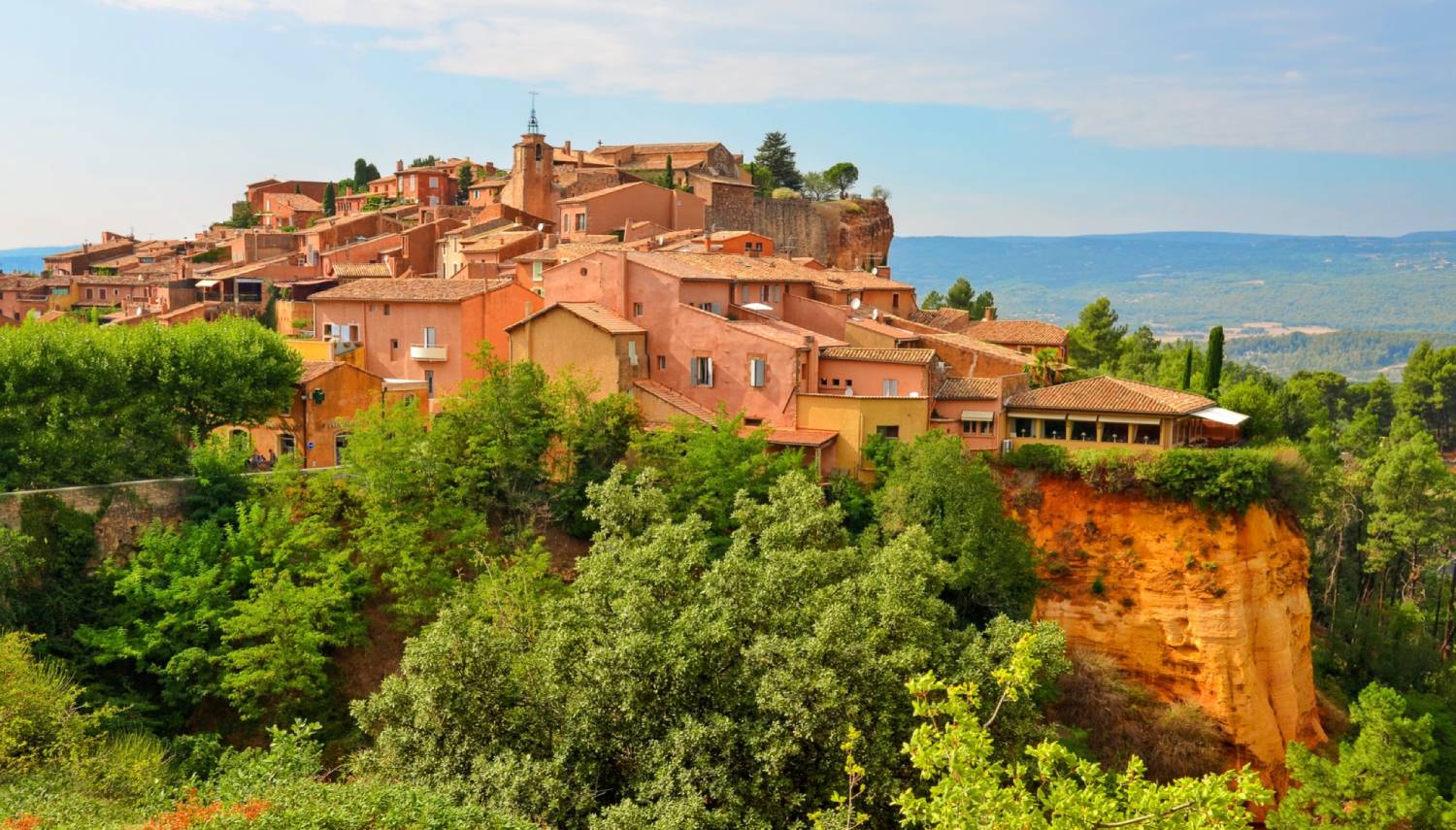 While Provence is more a state of mind than a place – you can’t actually point to Provence on a map – the hilltop village of Roussillon is exactly what visitors think of when they say they want to visit Provence. Picturesque, compact, colorful and with astounding views of the countryside, this village in the Vaucluse couldn’t be more charmingly Provençal if it tried. 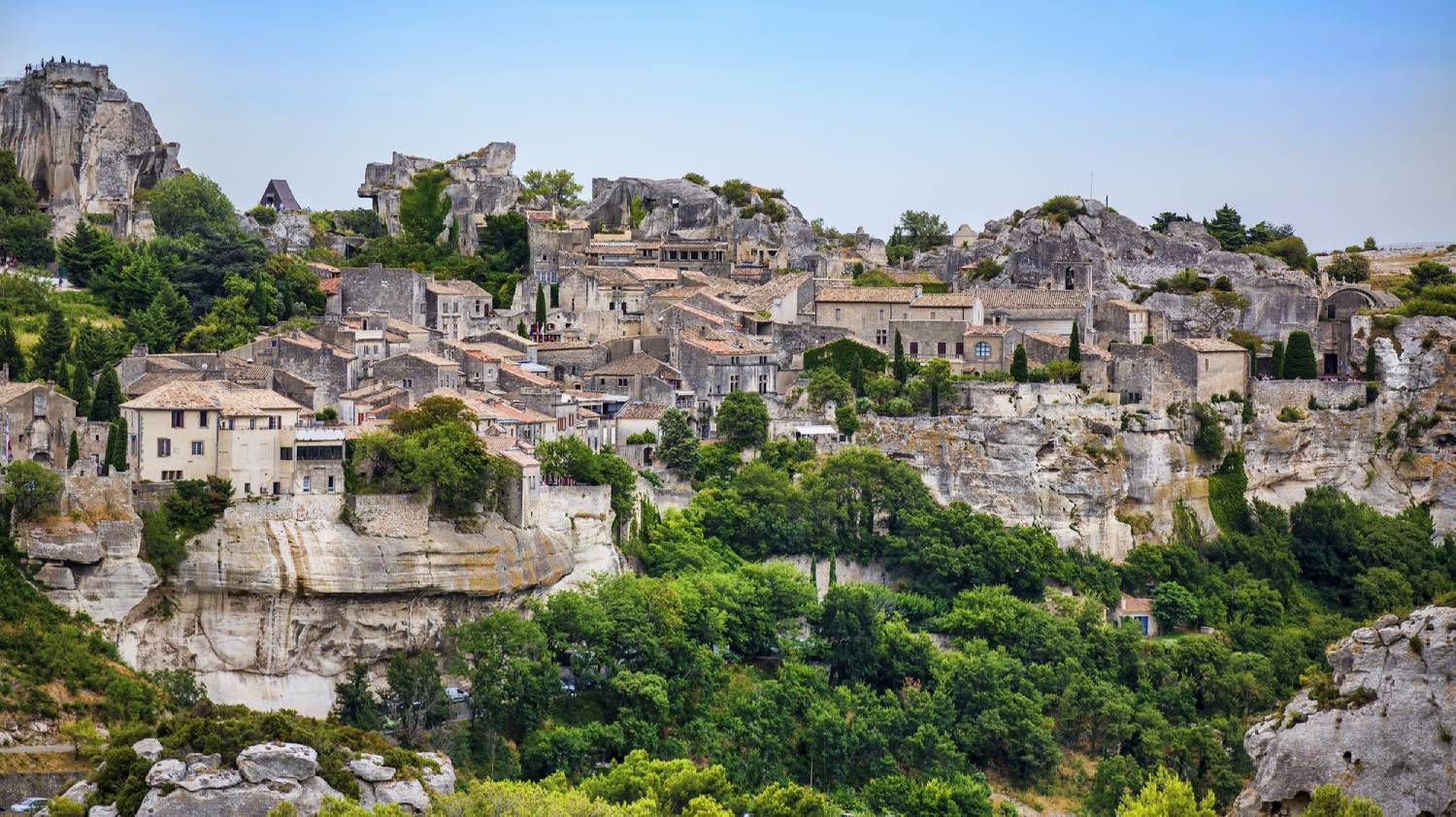 Les Baux-de-Provence is a charming town in the Provence region, and whose name refers to its location: in Provençal, a baou is a rocky spur. Baux-de-Provence has a fantastic position amidst the Alpilles mountains, and is considered to be one of the most beautiful villages in France. 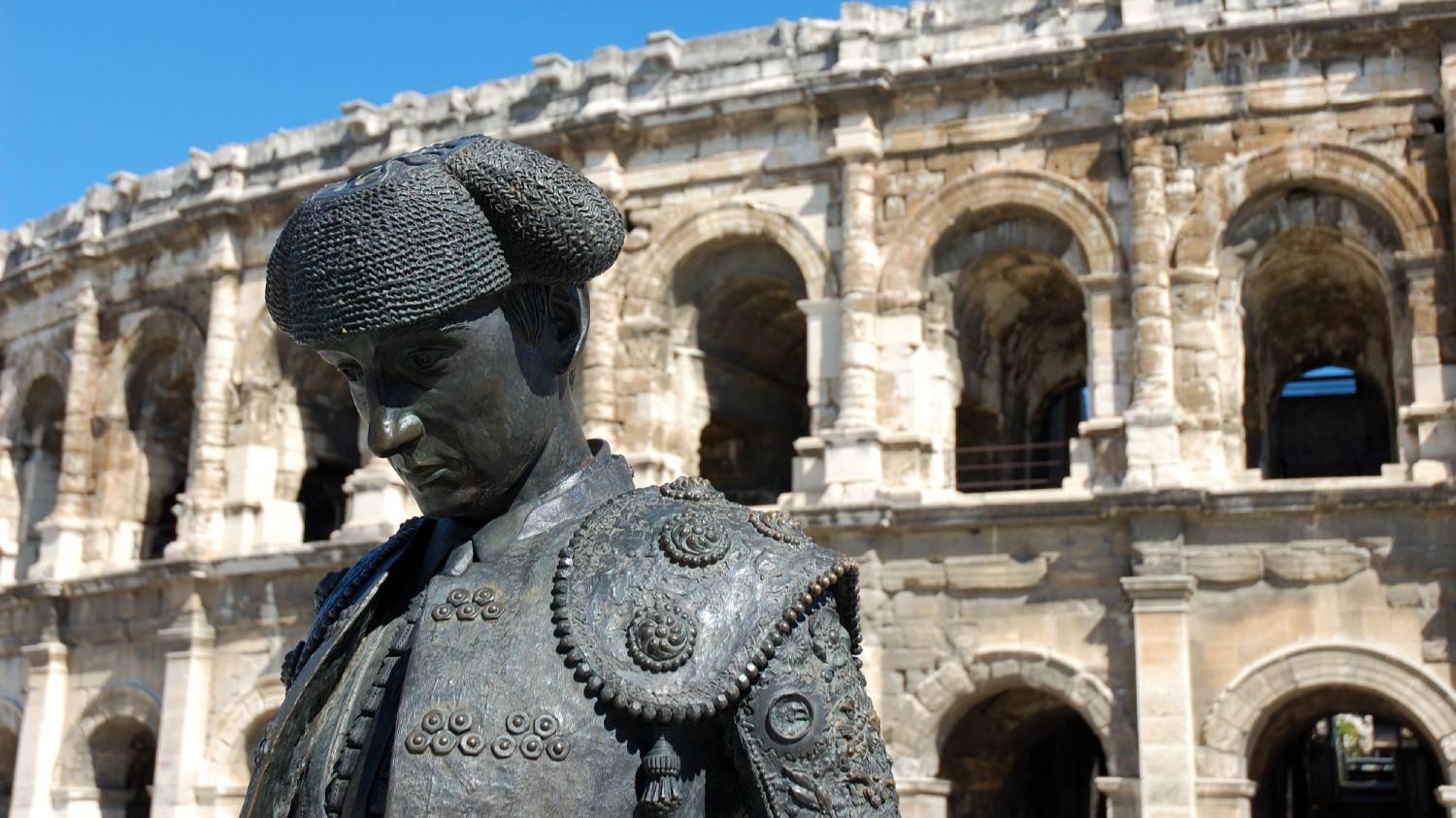 It’s a history that stretches back to pre-Roman times, with various evidence of Bronze Age settlements. But with the Romans came more permanent colonization; soldiers were often given tracts of land in the area as payment for battles. In Nîmes, the original Roman gates are still there, as is the Colosseum-style arena. Check the city’s entertainment schedule before visiting, and catch a concert inside – something you can’t do in Rome! 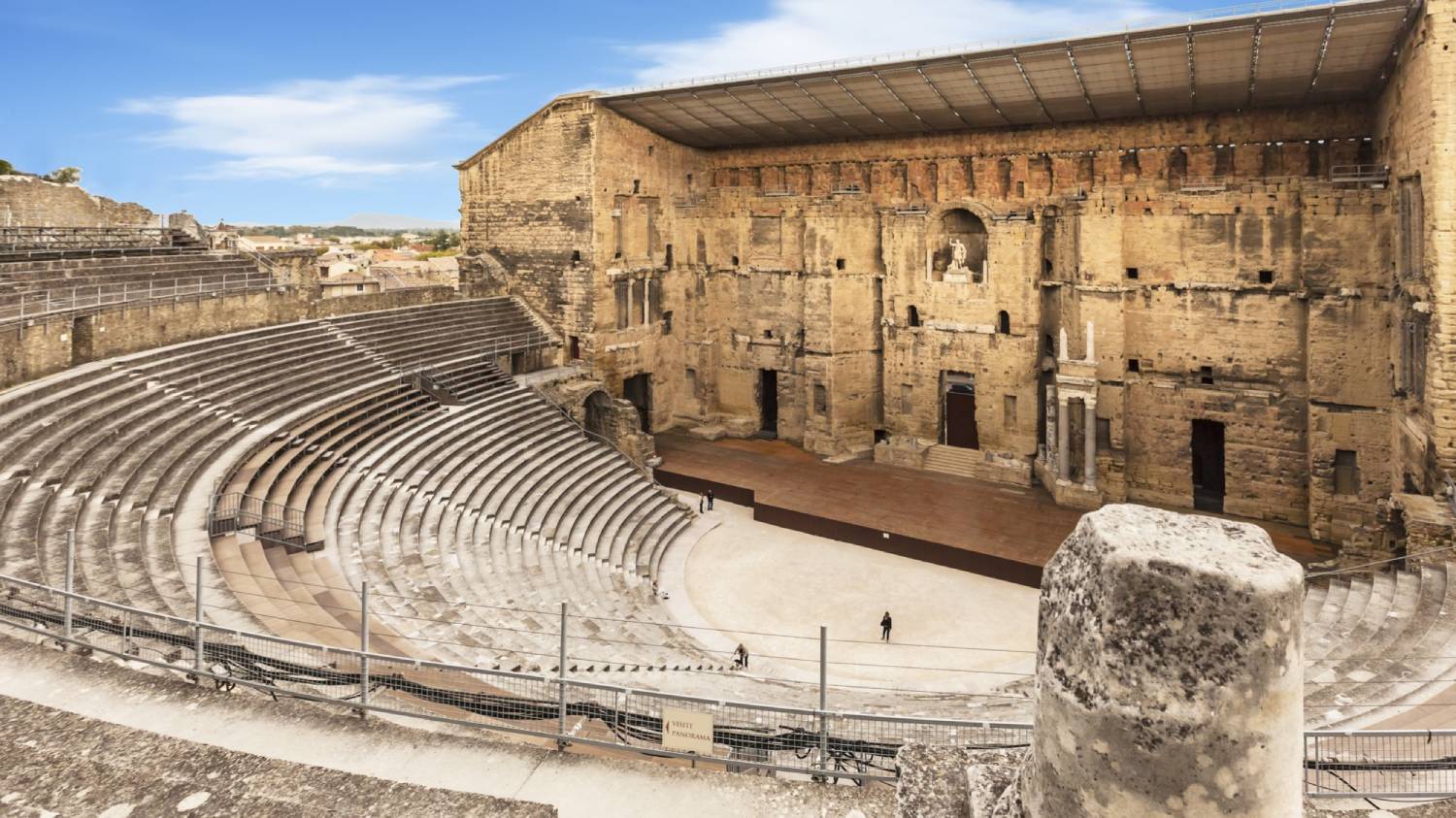 Orange is a town in the Provence region of France with a mainly agricultural economy. The famous town is known because the Romans left their mark there; Orange is often cited as having the most impressive Roman architecture still standing in Europe. 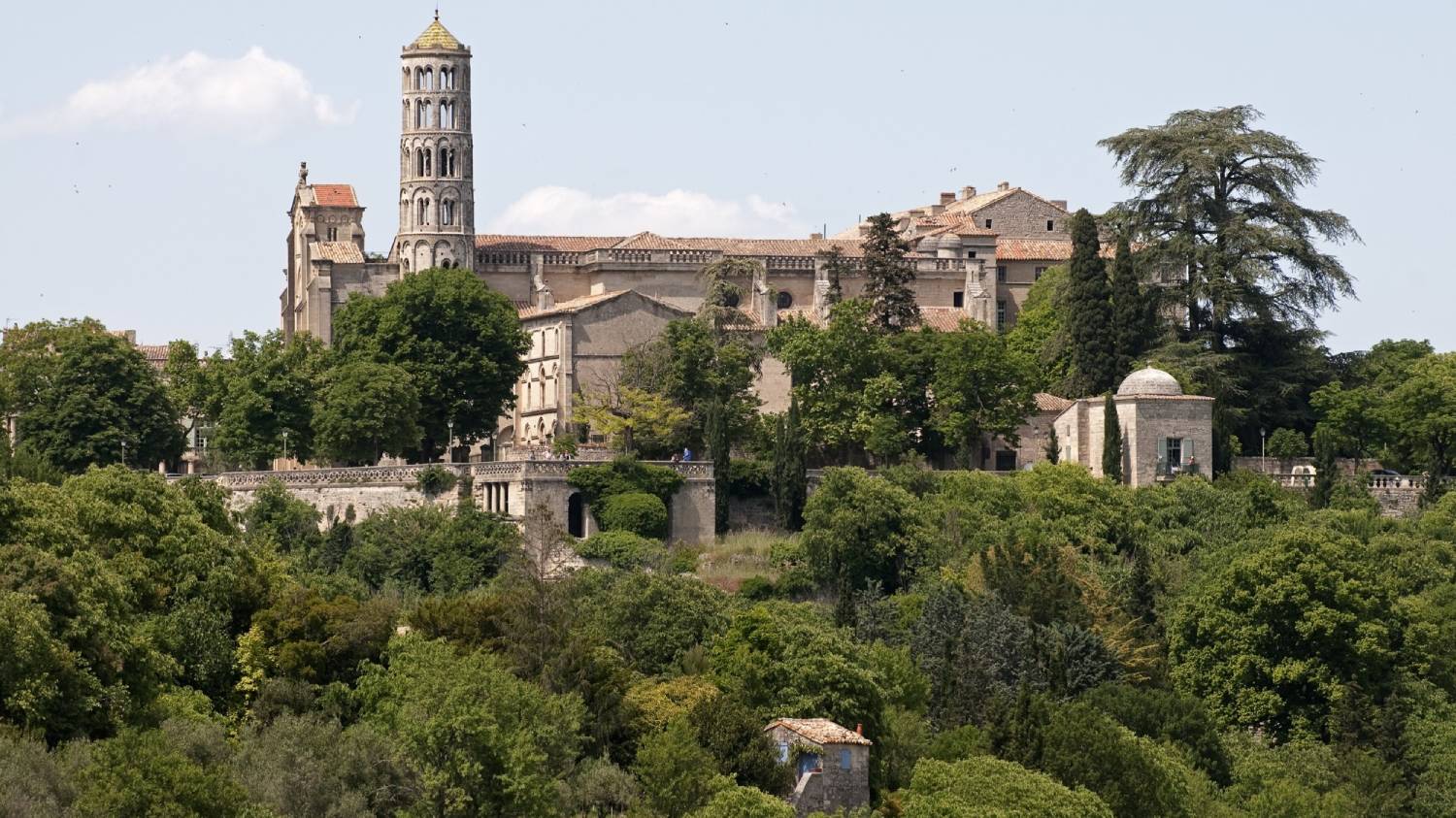 If you’re traveling through western Provence, no doubt you’re going to visit the Pont du Gard, a Roman-era aqueduct that is truly worth seeing. But many see it as simply a monument to Roman times, and lose its context. And that’s where a visit to Uzès can help. Uzès, located in the eastern part of Languedoc, was the starting point of the original aqueduct, and carried water via the Pont du Gard to nearby Nimes!