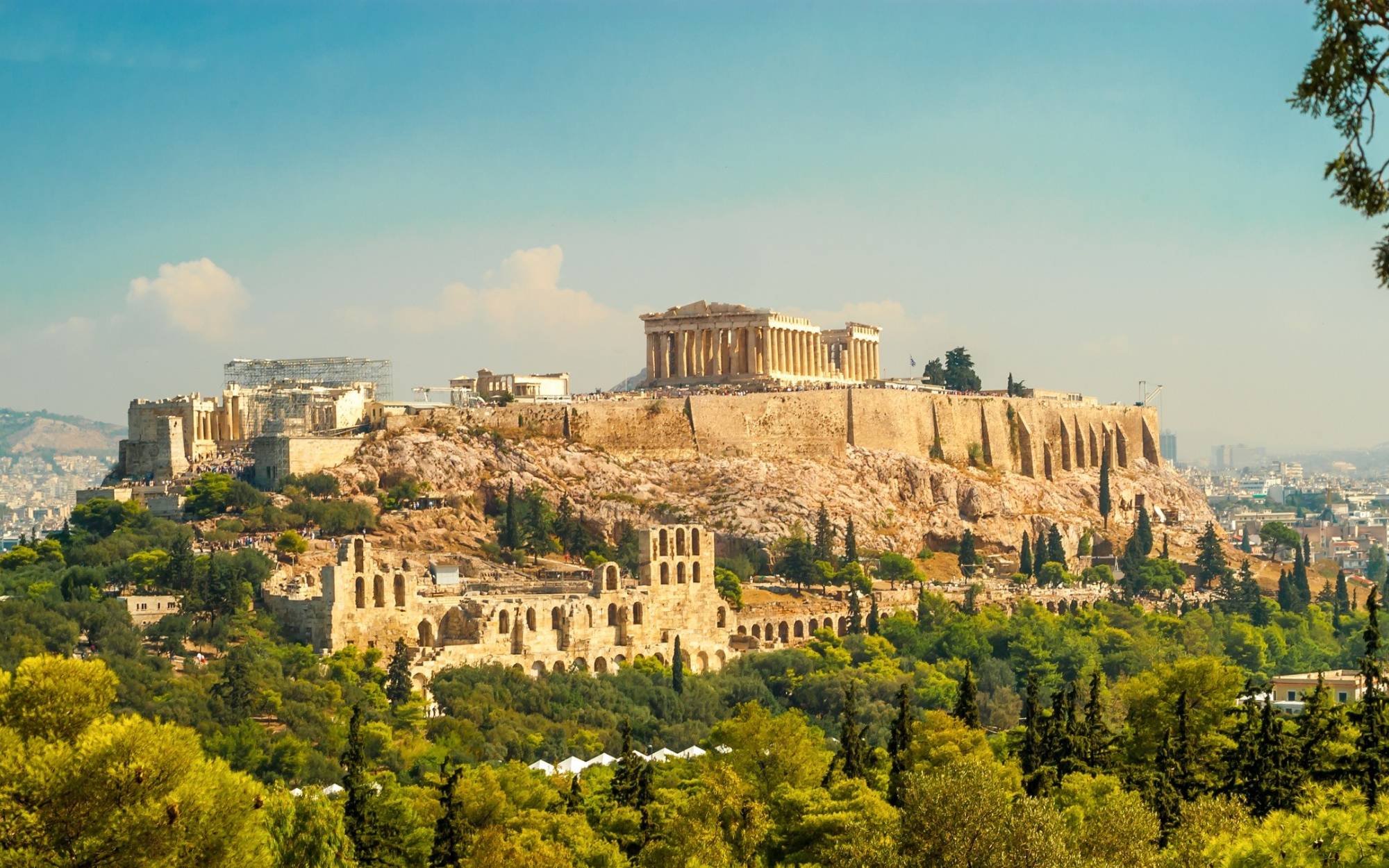 The Best Things To Do In Athens

Often regarded as the ancient capital of the world, Athens is one of the top destinations when you want to explore significant cultural and historical artifacts. While many visitors arrive in Athens hoping to see some of the iconic landmarks and ruins, there is still so much more to the city as it has vastly grown with its famous landmarks. From any point in the city, you will see many of the ancient ruins – the Acropolis stands tall in the distance no matter where you are located. Because ancient landmarks are all around, the sense of an old-world atmosphere permeates every portion of the city and gives it such a unique and charming vibe. Even as Athens undergoes a modern transformation, there are always historic and ancient parts of the city still highlighting the important roots of the Greek culture.

Throughout the decades, Greece has undergone trying times — most recently with an economic collapse that caused tourism to drastically decline. However, within recent years, travelers from around the world are visiting Athens and its surrounding cities once again. A palpable energy is featured throughout the city — whether you want to explore the ancient ruins that are located throughout or you want to visit any of the markets and cafés, the friendly people of Athens are welcoming and create such an energetic atmosphere that keeps visitors mesmerized from the moment they arrive.

During a trip to Athens, of course it’s important to check out all of the ancient ruins – the Acropolis Museum, Parthenon and the Temple of Olympian Zeus are just a few of the ruins that see a good amount of foot traffic and travelers. After you’ve explored the ruins themselves, nearby museums allow you to continue on exploring culture and history of ancient Greece — exhibits contain many archaeological finds, including jewelry and sculptures that truly illustrate what life was like thousands of years ago. After you’ve explored all of the iconic points of interest around Athens, find your way throughout many of the tiny neighborhoods for open air restaurants and delicious, authentic Greek food – the ultimate ending to a fantastic day! 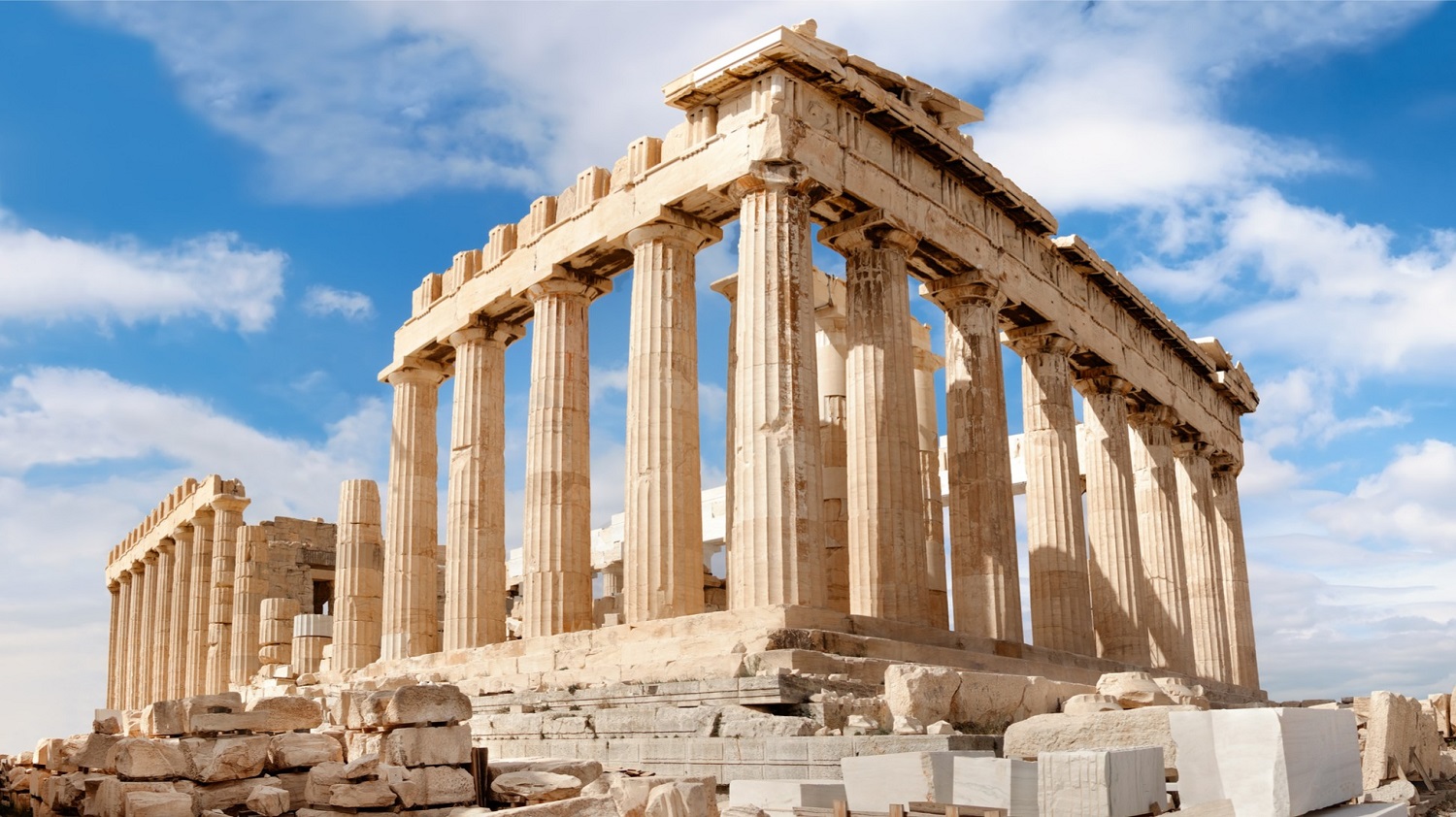 The iconic Parthenon is one of the most famous monuments in the world and is a must see for anyone visiting Athens. Built at the peak of the country’s influence, it has been a temple, a fortress, and a place of worship for several religions. The sheer size of the temple will hold you in awe, and the history is fascinating as you explore the influence this building has played in so many areas of western culture. 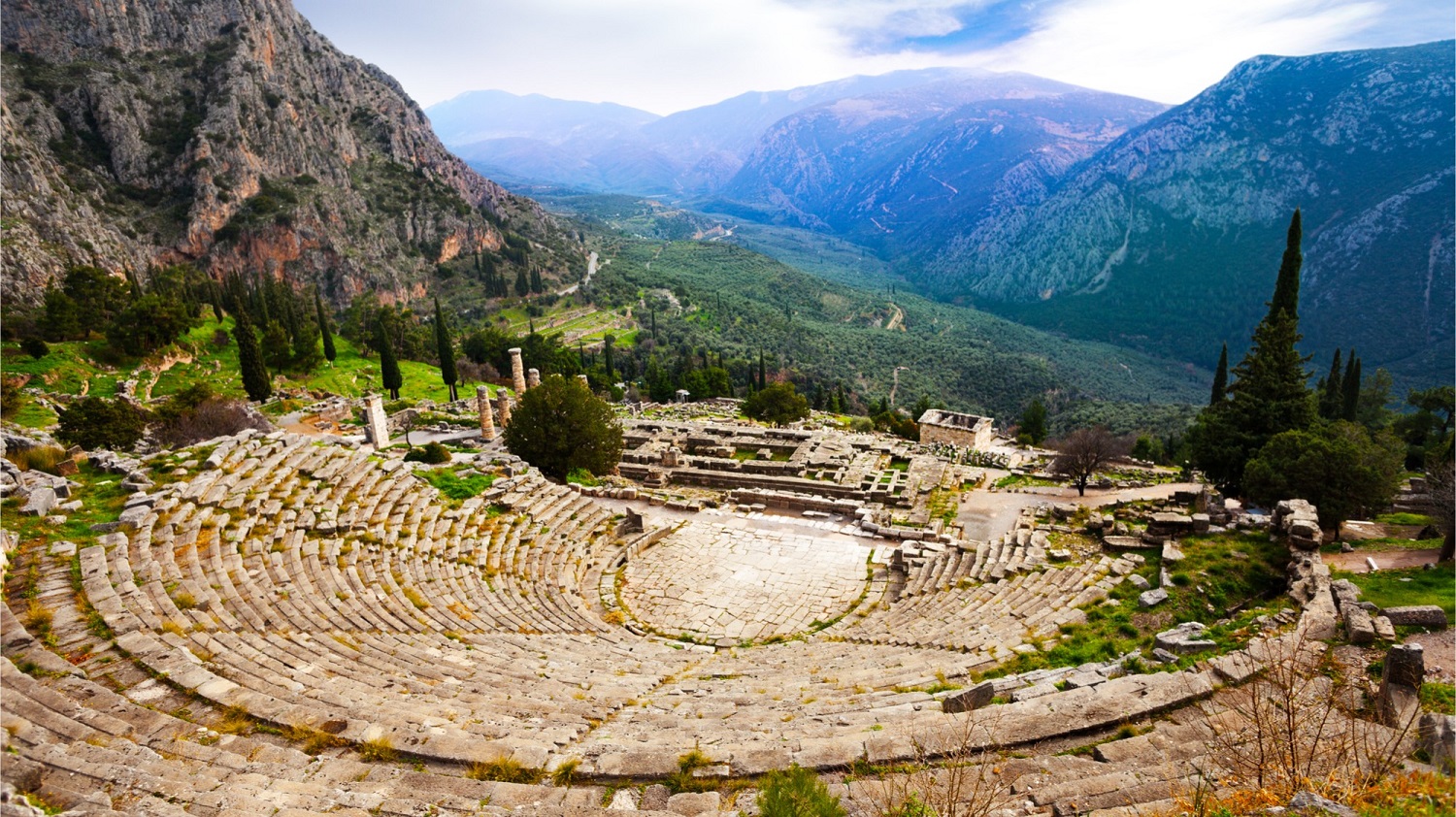 Located in upper central Greece on the slopes of Mount Parnassus, you will find the famous archaeological site of Delphi, a complex of the remains of a theatre, temples, oracle, and even a venue for ancient chariot races. This site was built as the sanctuary of the god Apollo and dates to the seventh-century BC. The location is nothing short of stunning, so enjoy the beautiful views and take in the amazing history of this magical structure!

Look to the heavens – anywhere in Athens – and the Acropolis will dominate the skyline. Constructed in the fifth-century BC – at the height of the country’s power – this iconic building has stood the test of time. Anyone who loves history, Greek mythology, or just plain-old archaeology, will flock to visit this iconic landmark, and of course the views are stunning! 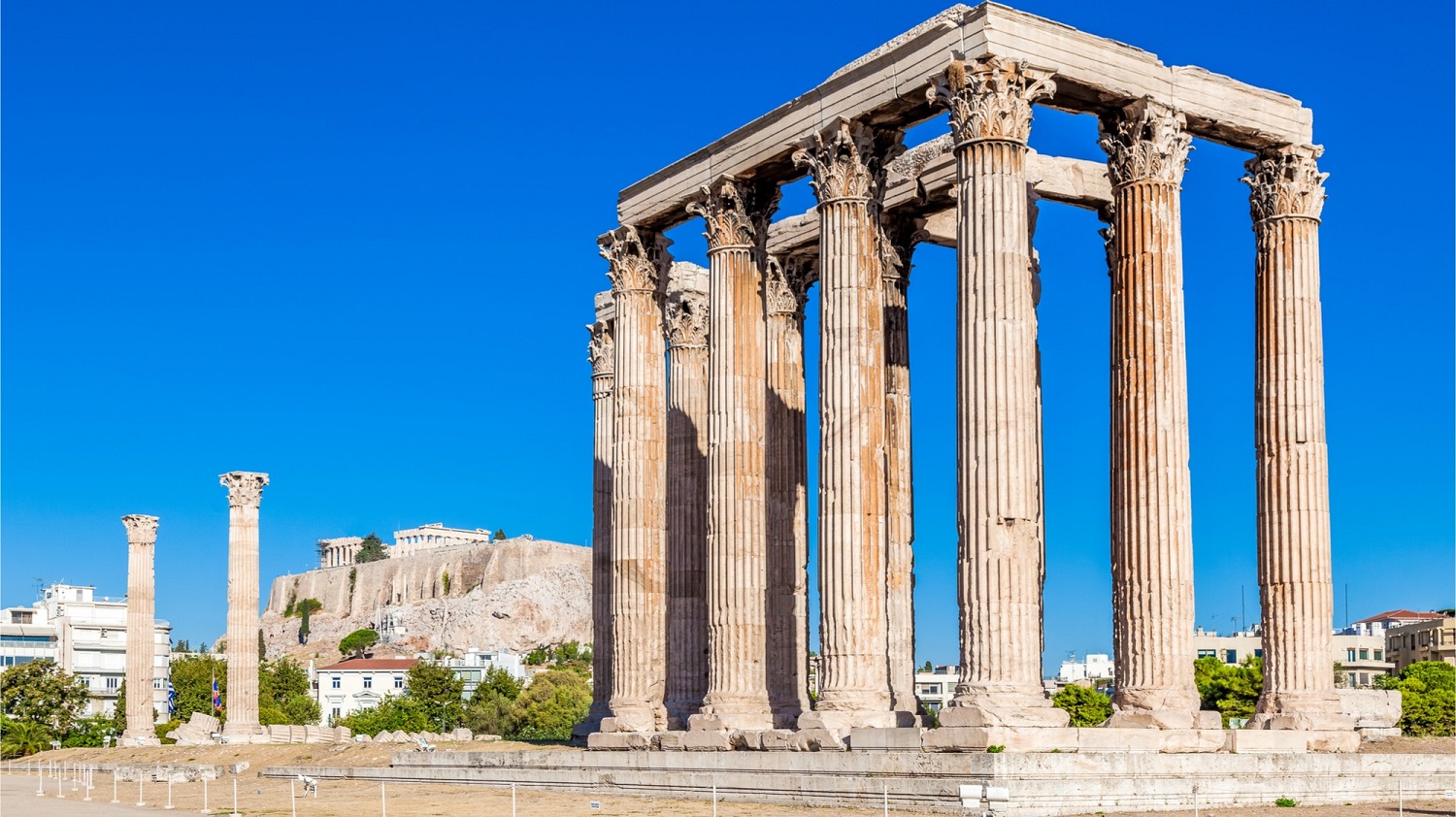 In the centre of Athens, you will come across the Temple of Olympian Zeus (Olympieio). Dating back to the sixth-century BC, this temple honours the god, Zeus. It has had a tempestuous history, taking nearly six-centuries to be completed, it was then subject to ongoing looting. Only 15 of the original 104 columns still stand, but this once massive temple retains its magnificent aura and is very accessible as you explore the city. 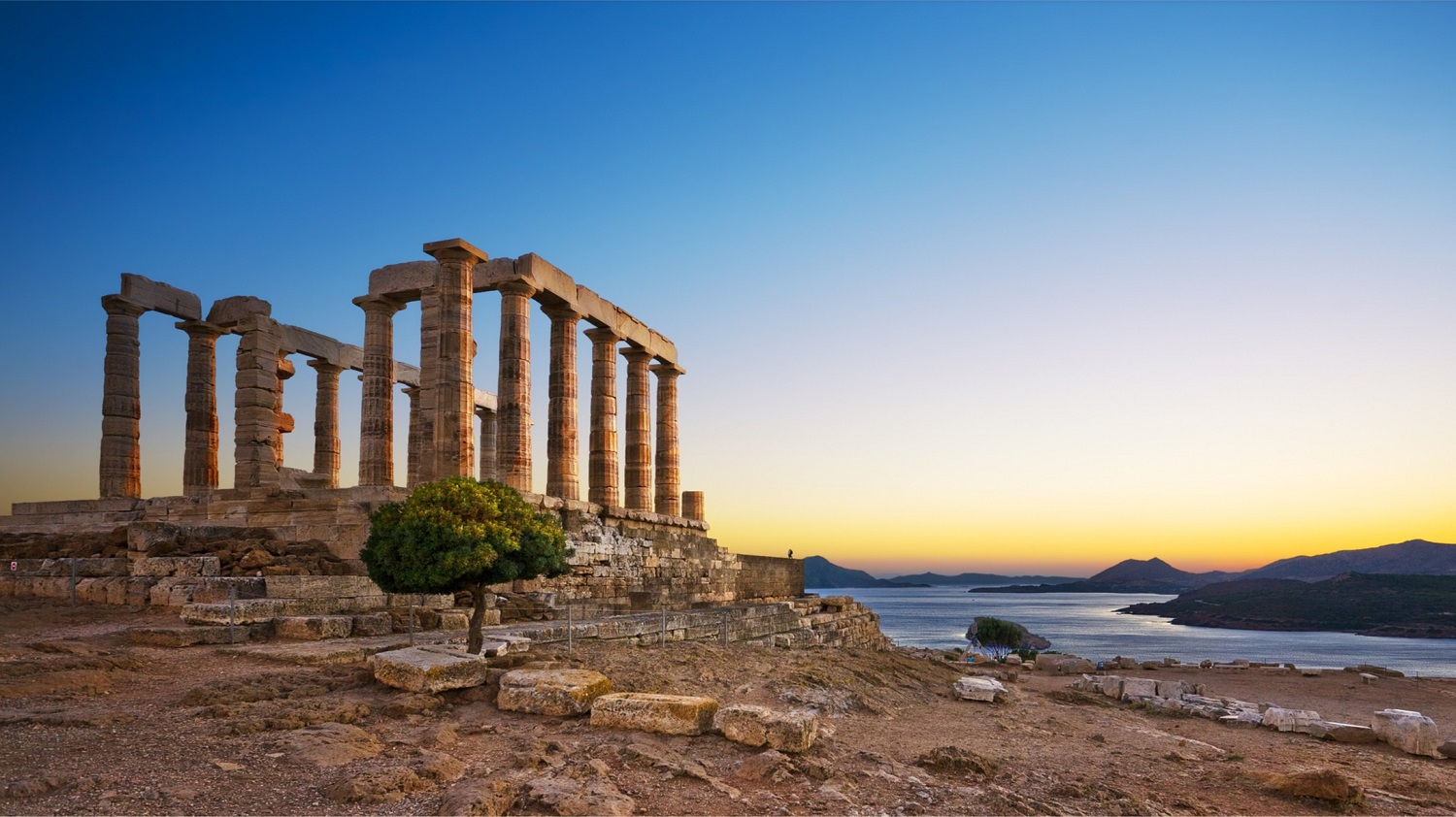 Take a trip to Cape Sounion – 70-kilometres from Athens – and find the magnificent temple of Poseidon, perched on a craggy hilltop and surrounded on three sides by the ocean. The trip in itself is a fabulous scenic tour, but the final destination is just spectacular. The temple was built around 444BC, and it is remarkable that fifteen of the original thirty-six columns still stand towering to the sky! 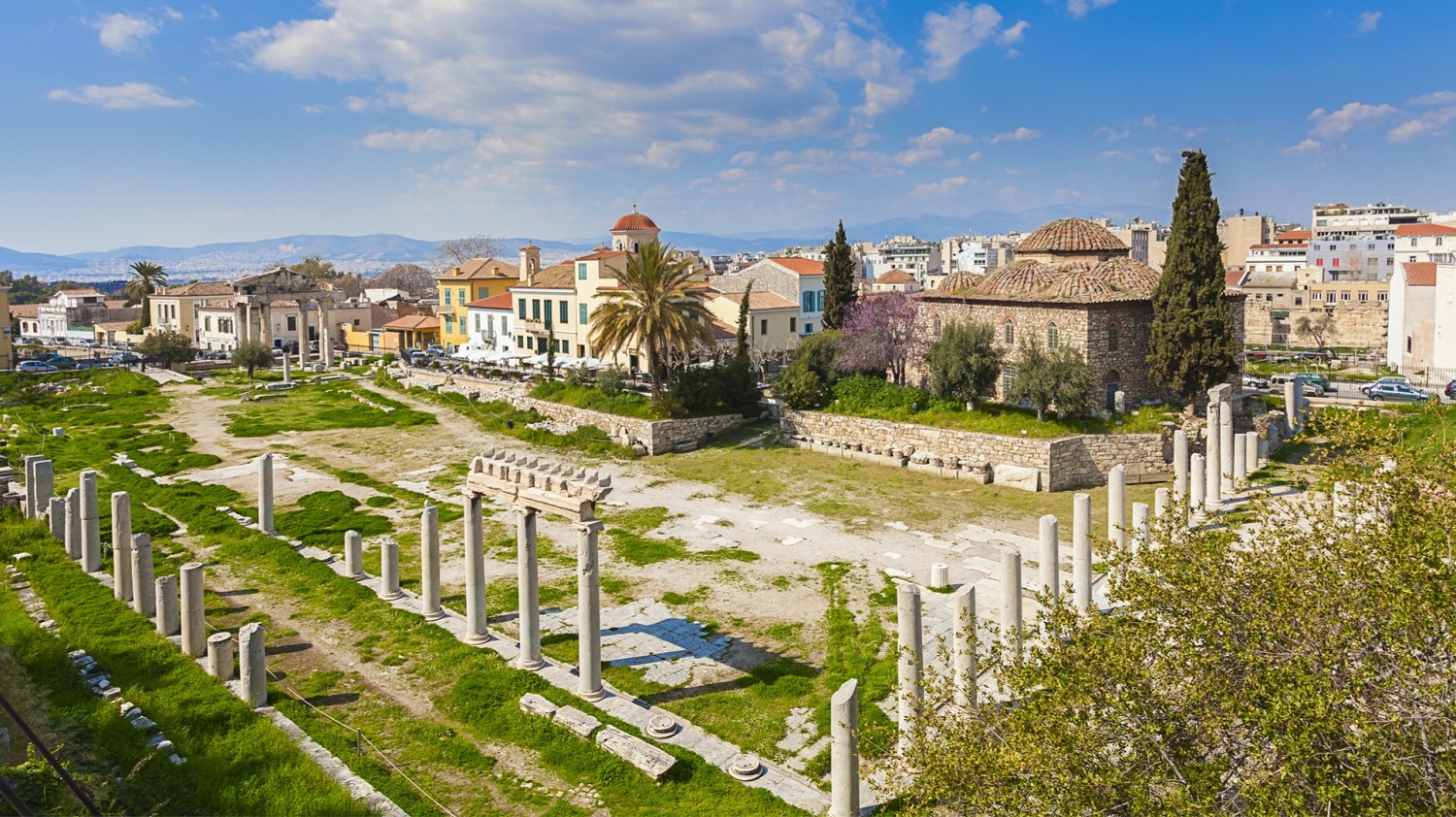 The ancient meeting place of the city is proudly on display at the Agora of Athens, and this famous archaeological site has unearthed – through its excavations – the stories of life in this place over a span of centuries. Visit the museum and study the information boards that are scattered throughout, to learn about the history and the people of this ancient bygone era. 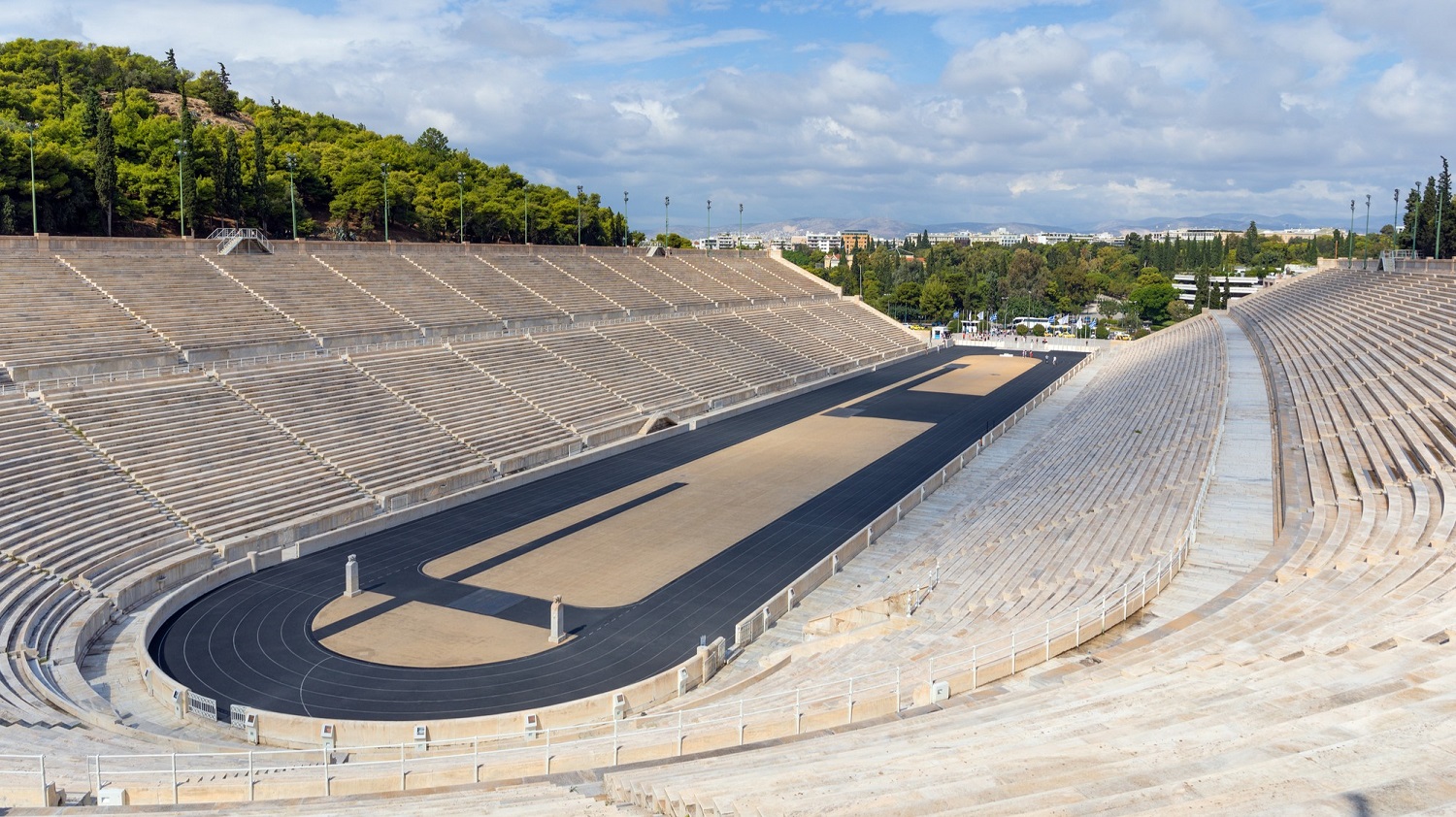 The history of the Panathenaic Stadium goes back many centuries, and it remains an important landmark, even today. It was essentially rebuilt in the late 1800’s and then used for the first modern Olympic Games. Made of marble, it seats around 45,000 people and was most-recently used as the location for the finish line of the 2004 Olympic marathon! 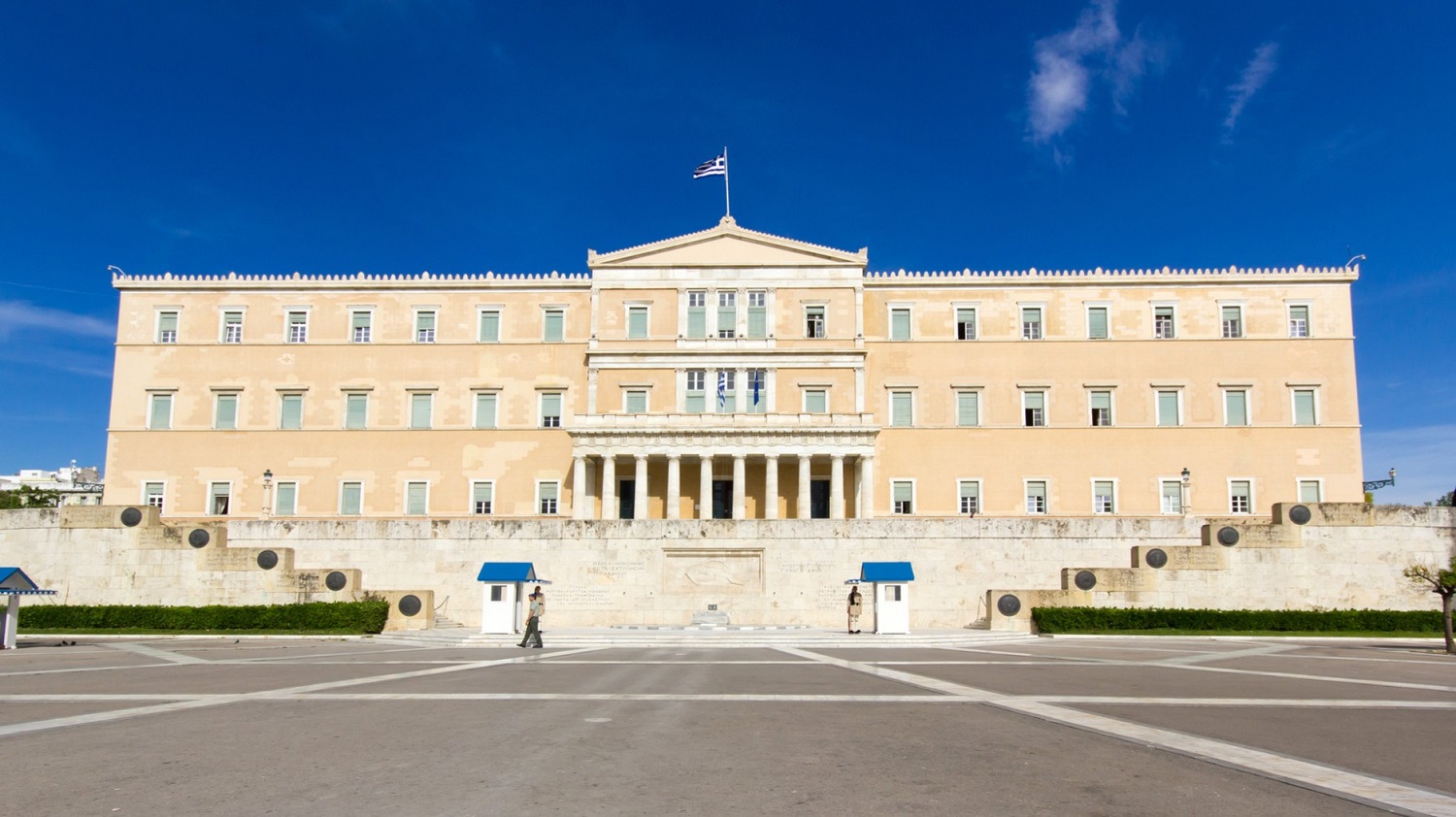 As you tour Athens, you are sure to come across Syntagma Square, the political hub of the city. This huge plaza is sits in front of the parliament and has been the site of many political celebrations and demonstrations over the years. Explore the statues and fountain, take in the changing of the guard, and sit for a while and people-watch as the locals meet and go about their day. It’s also a great place to start your day, as it is so close to so many of the city’s popular landmarks. 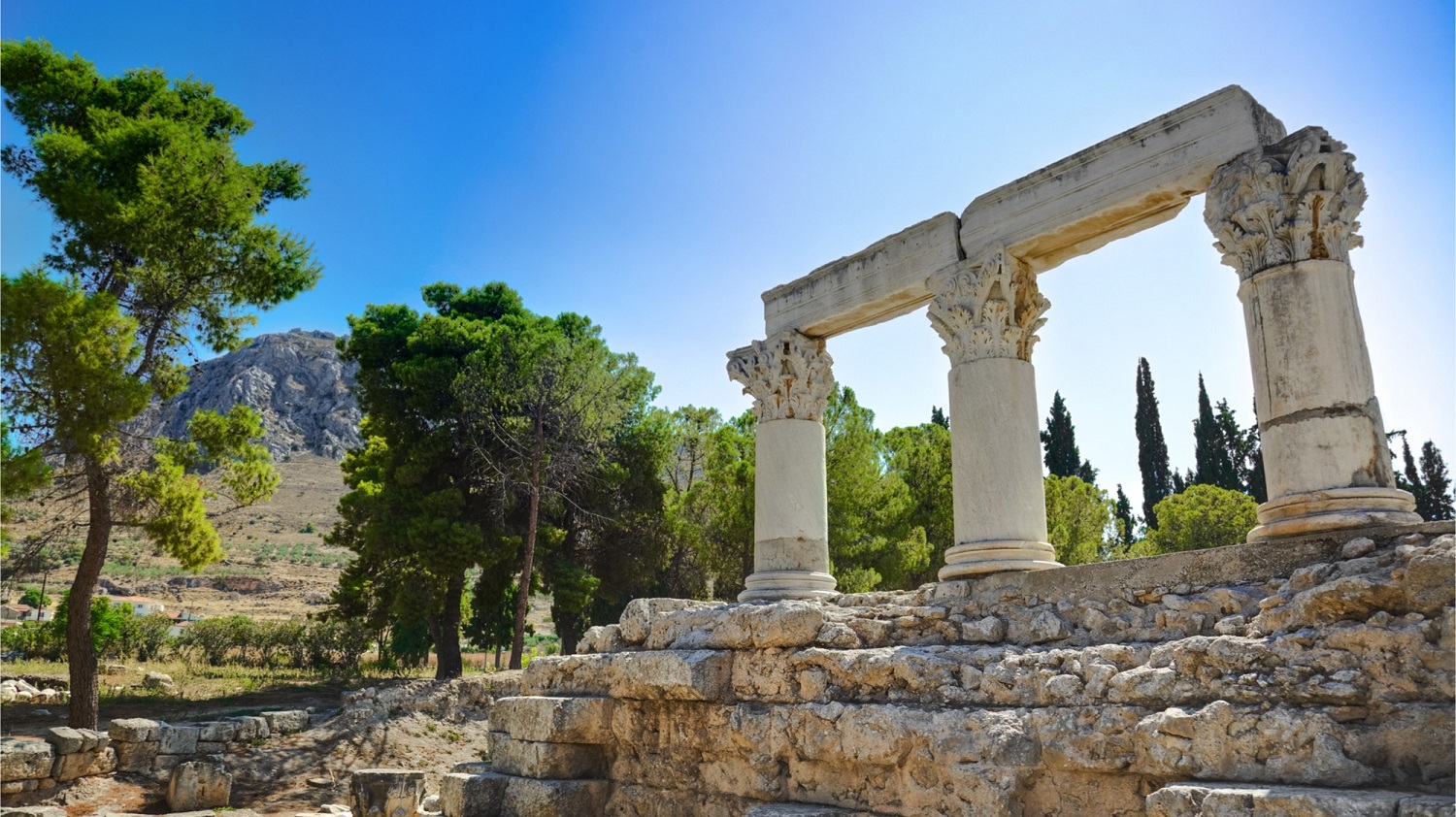 Take a scenic tour from Athens to the centre of the modern city of Corinth, the original birthplace of many Greek myths and lore. Once you have arrived, you are so close to so many fascinating archaeological sites and ruins that it will be hard to decide which to see first. The most popular of the landmarks being the ancient city of Corinth – which was once a strategically important trading location in the Greek and Roman Empires – there are also many temples, bathhouses and theatres to explore! 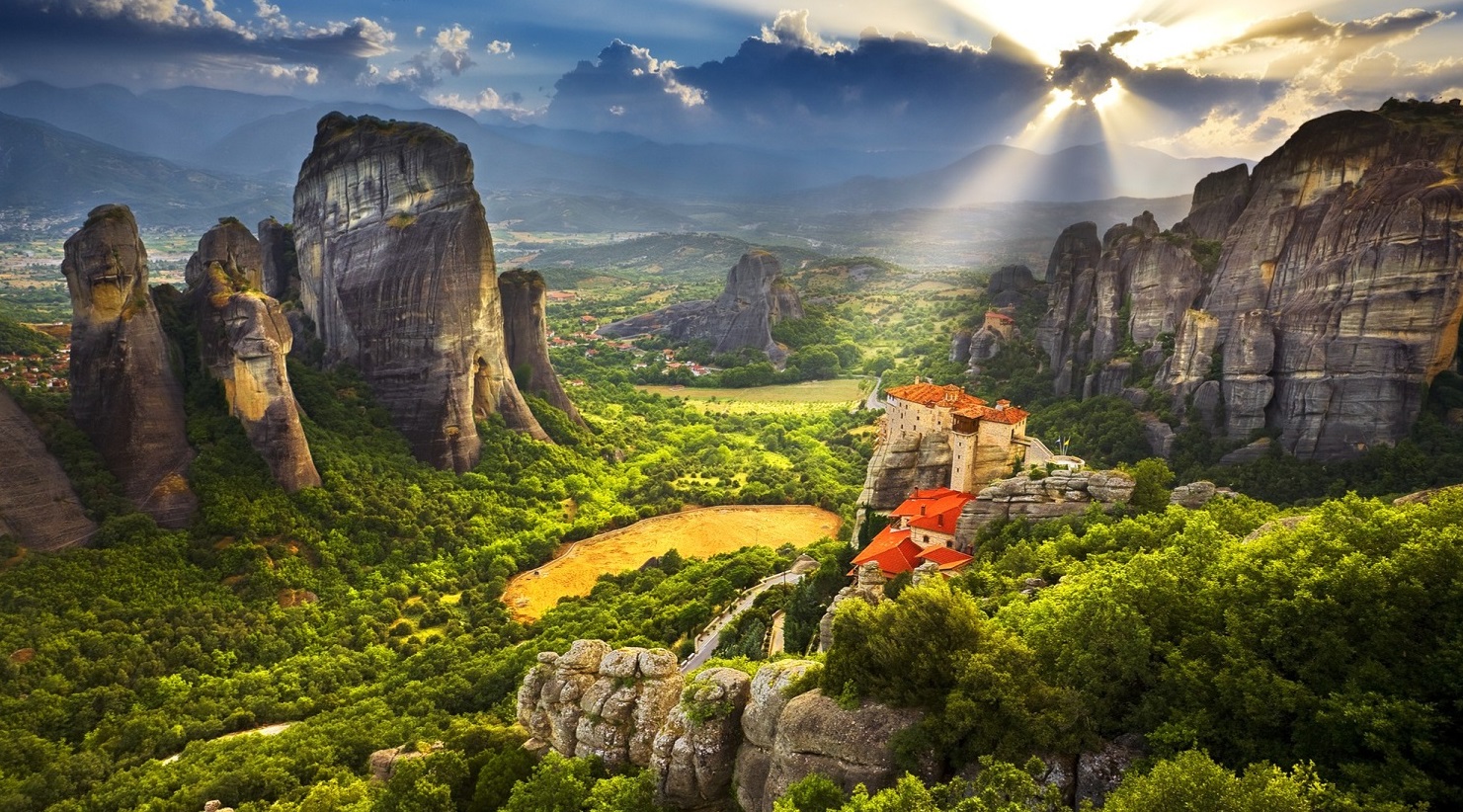 While staggeringly beautiful, you can’t help but wonder why the monasteries of Meteora were built in such precarious positions; on enormous natural pillars, towering atop of cliffs. The answer lies in a fear of Turkish attacks, and the outcome today is a beautiful place to visit, where the views will hold you in awe, the architecture will stun you, and the history will fascinate. It’s no wonder why Meteora is so popular!